I’m writing a page about something in Bozrah! I started this website in September 2006 and it’s now March 2013. In those six and a half years, Bozrah has come to be the metaphorical punching bag for me whenever the I have occasion to call it out. 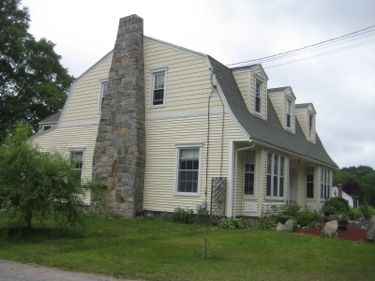 Like, “you think Voluntown is bad? C’mon now, at least it’s not BOZRAH!” Or, “I love writing CTMQ and exploring every one of the 168 towns in Connecticut. What’s that? One-hundred and sixty-nine? Oh, no, “I don’t include BOZRAH.” I could go on all day.

There is a giant UPS facility in Bozrah. I even know someone who works there or works with the facility quite often. But he lives in Salem, because Salem is 100 times better than Bozrah. 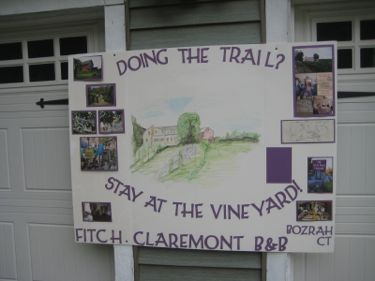 Bozrah is one of our few towns without a museum. (I heard rumor that the Blue Slope Country Farm Museum – my visit here – was actually located in Bozrah and not Franklin, but I have done the research and found this not to be correct. The derivation of Bozrah’s name is shrouded in “controversy,” believe it or not. Check it out.

I really wanted to do something in Bozrah. So imagine my excitement upon seeing a notice for the Fitch Claremont Vineyard B&B open house!

It was Connecticut Open House Day, which is an unofficial holiday in CTMQ-land. At this point, I’ve been to most of the stuff they promote. Well, most of the CTMQ’y stuff anyway. 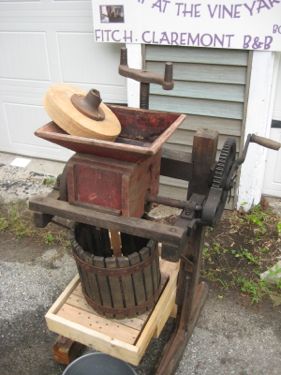 I happened to notice this place, the Fitch Claremont Vineyard and B&B. Vineyard? But I’ve been to 30+ of Connecticut’s 30+ vineyards and this never popped up on any of my lists. The Open House flyer said, “From 11 a.m. until 4 p.m., take a complimentary tour of the home, vineyard, and learn about active winemaking process.”

Intrigued, I convinced my wife this would be a wonderful thing for us to do. So we drove down Route 2 through all the towns with actual stuff and inhabitants and before I knew it, we were in downtown Bozrah.

We passed a stray dog.

We passed a Moose Lodge.

We arrived at the B&B. It’s a lovely B&B, as B&B’s go. I’m not a Bed & Breakfast kind of guy. But we were there ostensibly to “tour” it, so that day, I was a B&B guy. And the thing was, Damian was sleeping in the car and Calvin, being only 2 months old, needed to eat. And for him to eat, Mama had to provide. So they all stayed in the car while I toured with the owners. 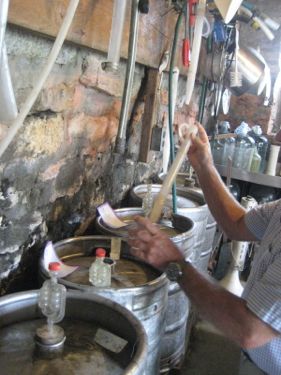 The situation was a little uncomfortable and weird because of my family out in the car and me pretending to be a prospective customer for their B&B business under the guise of “getting away for a night away from the kids.” Nora and Warren Strong, the owners, were wonderful guides and I can only imagine that staying with them is a pleasure. The B&B itself is just as nice as any other B&B – and the rates are under $200.

The building was built around 1790 as a farmhouse, then became a Publick House in the 19th century, followed by prominent businessman Asa Fitch’s “aristocratic residence.” The Strongs bought it in 1969 and turned it into what it is today. Mrs. Strong offered me cookies, but it was time to put my plan into action. 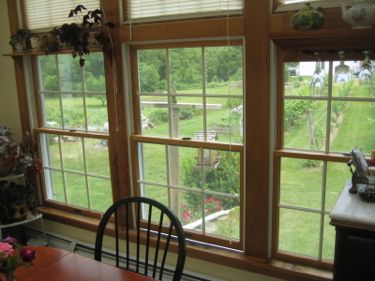 “That’s Warren’s thing. You’ll have to talk to him about that, but all of our guests get a bottle of our wine.”

Warren appeared and I immediately took a liking to him. Genteel and gentlemanly, I again felt kind of terrible that I was only here to learn about his vineyard so my list of Connecticut wineries and vineyards was more complete than anyone else’s on the planet. Let’s be honest here, the truth would have been more off-putting than anything else. 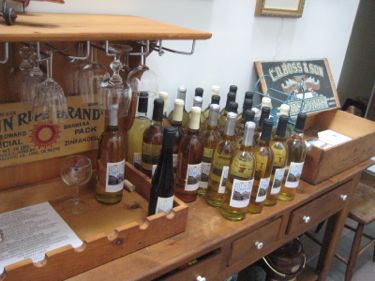 So Warren, what’s going on here in Bozrah? Warren planted his first vines in 1979. He and Nora had discovered they really liked wine, and concluded making their own would be more cost effective than buying it. Warren planted just 21 vines the first year, and it took five to produce a wine he would rate as “drinkable.” From these modest beginnings, the Fitch Farm Vineyard grew.

Oh yeah? Tell me more. Today, vines cover much of the four acres surrounding the inn, and the vineyard continues to produce an excellent variety of wines. Warren has established a reputation for making top-quality wines, winning medals at regional, national and international competitions. The vineyard’s 1993 Riesling won “Best of Show” at the 1996 Connecticut Amateur Wine Competition.

Cool. Here’s where it becomes really interesting and where CTMQ once again provides information you’ll find nowhere else. I’ve purposely waited until we’re far down on this page, because I know very few people are reading this. If you are, fist bump, you’re good people. So I know I can trust you with a couple secrets. Promise? Good. 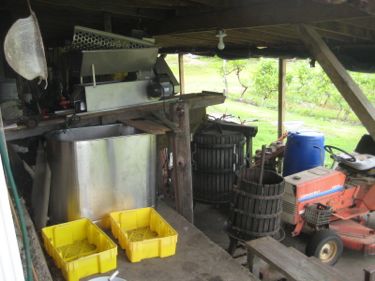 Warren provides grapes to a bunch of Connecticut wineries. Like, a lot. With his old and productive vines, as well as a decades-long relationship with the world famous Cornell viniculture program, Warren’s got the inside scoop. So… when you’re at one of our wineries, there are three types of wine. There’s “estate grown” which means the wine is made from grapes actually grown at that winery. If you don’t see any provenance, you can be assured that the grapes are from Chile.

But, if you see “Connecticut grown,” then a-ha! There’s a good chance that wine’s grapes are from… Bozrah. There is a little sign in the wine cellar at Fitch Claremont noting that grapes from this vineyard have won over 30 “best of” awards. In other words, Warren’s grapes, used in other winery wines, have done pretty well. Cool, huh? I’d guess there are several other operations like this around the state. 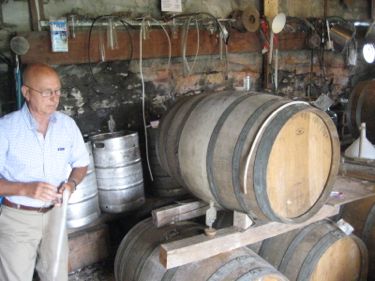 Warren, of course, makes his own wine from the grapes he doesn’t sell off. His wine menu is just as impressive as most state wineries, with seven varieties.

I could have spent an hour down in that understory with Warren, learning about his unique business and home-brewing set-up. (Oh yeah, he makes beer too.) But alas, I kept remembering that I had a 2-month old and his poor mama up in the car.

As you can imagine, there are all sorts of legalities with such an operation. Since he’s not a commercial winery, he can’t sell his wine (or beer for that matter). I did get to taste a few of his wines though, notably a Traminette wine of some sort. I believe he was working with Cornell on a new variety of Traminette or something.

Warren and I became fast friends, discussing the vagaries of the liquor commission and farm winery rules and all that jazz. As friends, Warren gifted me a bottle of this Traminette wine and a bottle of his pale ale. That’s what friends are for, right. Please, people who are actually still reading this, please do not do this. I only did it for research and to fulfill list completion OCD. As a bonus, I met some great people who live in, yes, Bozrah. 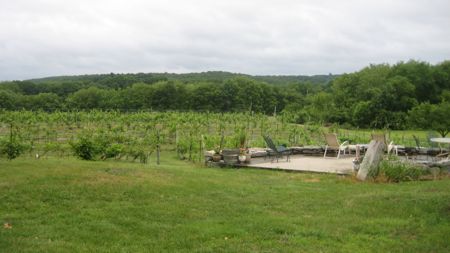