I first became aware of these falls via social media and my friend Johnna. She writes the excellent Size of Connecticut blog and she noted that Newington claims the smallest waterfall in the country. 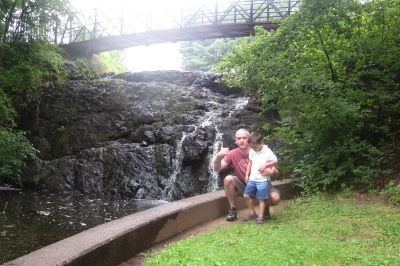 Say what? Where do they claim that? They claim it all over the place, actually, but most prominently here, on the town’s Waterfall Festival page.

I’ve been told that the town is a bit tongue-in-cheek with this stuff. The blurb about the town starts off thusly:

Though the town is often overlooked by tourists to the state, Newington is nonetheless a beautiful forested city characterized by its natural greenery and ponds. 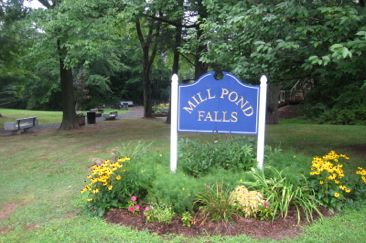 I don’t think people would consider Newington “forested.” I’ll admit, I live in an adjoining town and really don’t know all that much about Newington. But now that I know the mayor is named Stephen Woods, I’m going to petition him to clean up the 173, 174, 175, 176 route numbers that all emanate from the town’s growing center. Getting back home to West Hartford, I take the wrong one almost EVERY. DANG. TIME. This leads to an unfair hatred of downtown Newington. 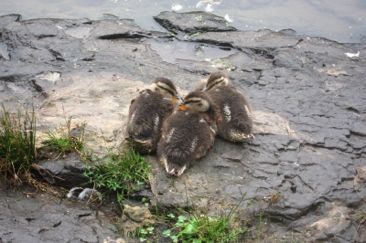 Wait. Stop. Let’s take the first half of that: Newington is perhaps best known for Mill Pond Falls. Really? Let’s take a poll on Twitter and Facebook:

If 100 people answered, I’d bet not one of them would say “Mill Pond Falls.” (My answer would be the aforementioned route numbering issue that confounds me there.) 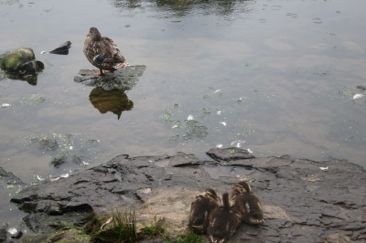 Now, on to the second part: the United States’ smallest waterfall.

Wait. Stop. No really, this time seriously stop. This claim makes no sense on any level. Where did it come from and how did it start? More importantly, how did it continue on to the point at which the claim stands today?

I guess it’s sort of cute, but my rational mind can’t let go of how dumb it is too. The town has based many of its local celebrations around its famous waterfall including its most popular festival to date, the Newington Waterfall Festival.

“The VA Hospital”
“Goldburgers”
“I don’t think about Newington”

I went to the town’s Mill Pond Park with Damian on one of his seemingly endless days off in August. The park is a nice green space in the suburban part of town and the lot in the back is right next to the falls. 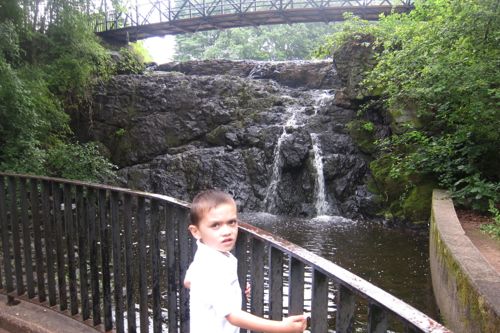 There are some weird cement benches on the short path to the falls and there is even a viewing platform here as well. A long set of steps up to a path and bridge above the falls which takes the visitor along the pond’s shoreline. (I later walked the whole park, here.)

All this for the “smallest waterfall in the country?”

The pond itself proved to be nicer than the falls, but that was simply because a nice little duck family was hanging out right by the bridge. They were disturbingly comfortable with little boys though, as Damian’s intrusion was barely noticed. 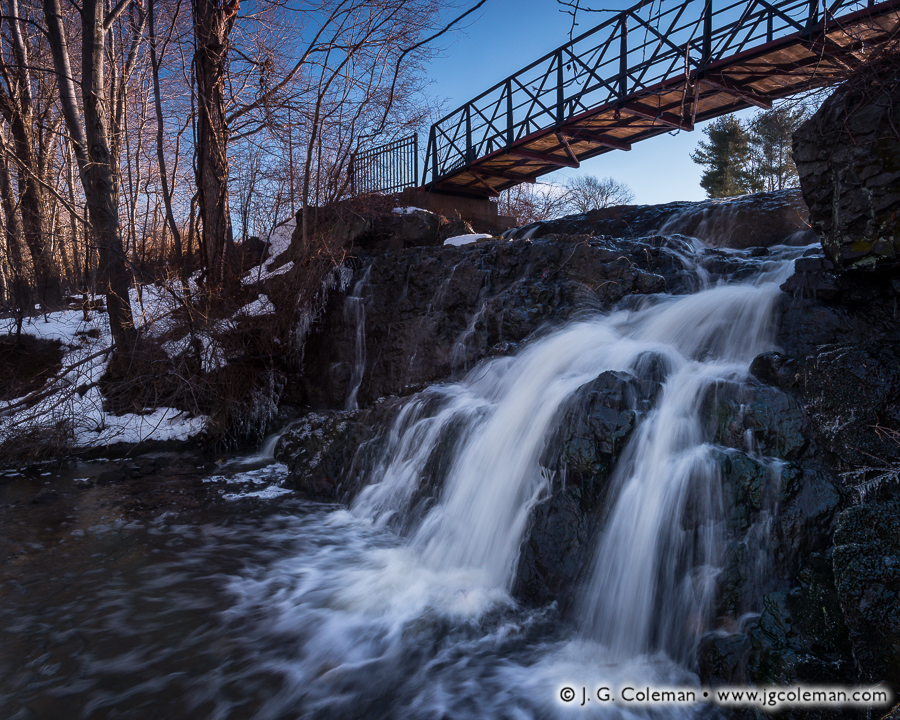 Look how awesome Justin Coleman can make these falls look.

A regal blue heron stood sentry on the little island in Mill Pond while a gaggle of day camp kids played in the fields beyond. Then it started raining steadily and we had to hit the road. 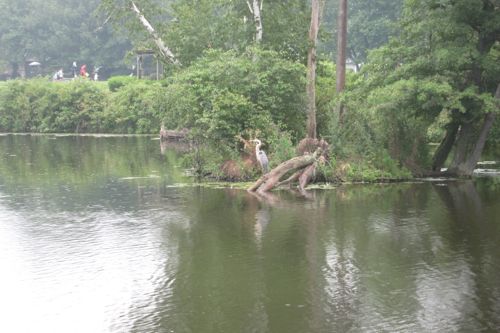 A later “hike” around the park
CTMQ’s Waterfalls