This is the type of thing that makes me happy that I’ve expanded upon the state’s somewhat silly and touristy “CT Dino Trail.” My trail has the dino stuff you have to work for, not just the overpriced museums with escalators and such. Oh, no.

You have to hike a several miles to get to this and back to your car. 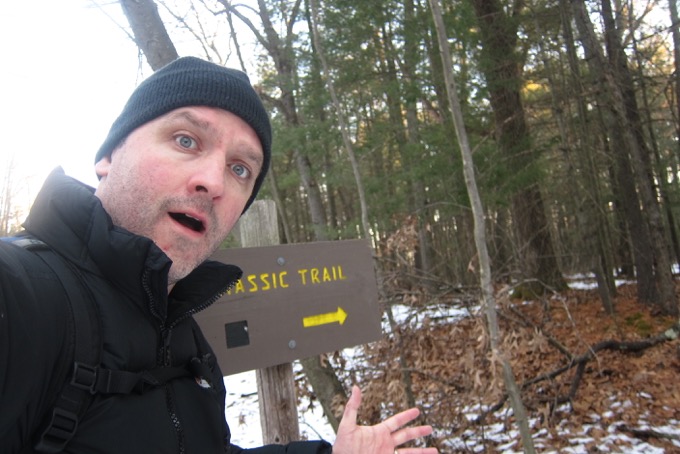 There are nearly a dozen trails at Northwest Park in Windsor, covering a dozen or so miles. Go north to the Triassic Trail. The Triassic Period (248-206 million years ago) is named for the Latin “trias” for three rock layers formed in Germany at this time. It was a time of major geologic activity, beginning with the break up of the super-continent Pangea. 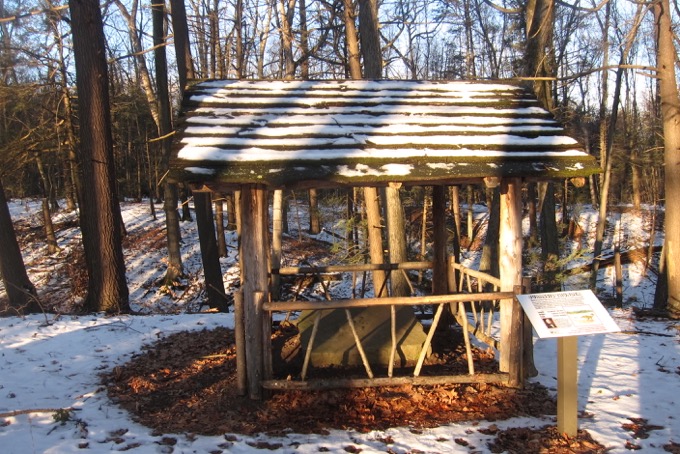 From a Patch article:

In May of 1936, the Hartford Courant reported in “Flood Bares Huge Tracks of Dinosaurs” that evidence of dinosaurs had been found in the Northwest Park area. Two Windsor residents, Arnold Wheaton and Joseph Ploga, found dinosaur footprints while walking along the Rainbow Dam. The then-recent flooding of 1936 had uncovered the tracks, but it wasn’t until 1981 that the species had been identified.

The Windsor Journal then reported in “Dinosaur Track at Rainbow Dam Identified” that Stephen Simon, a UConn graduate who was working at the park, had worked with experts at Dinosaur State Park to identify the prints. Their conclusion: a Coelophysis, a Triassic-period carnivor. This unique dinosaur was only 3 feet tall and weighed about 50 pounds.

Which is rad. I don’t quite fully understand how the discovery of the Coelophysis of the Triassic Period led to Dinosaur State Park donated a Eubrontes fossilized track Dinosaur State Park in Rocky Hill from the Jurassic 80-some years later, but here are. It’s sort of like, “Hey, dinosaur tracks were discovered here in 1936 and identified in the 1980’s which helped preserve the land for today’s rather awesome Northwest Park but those tracks are no longer here, so we trucked in the track that we have loads of from Rocky Hill.” 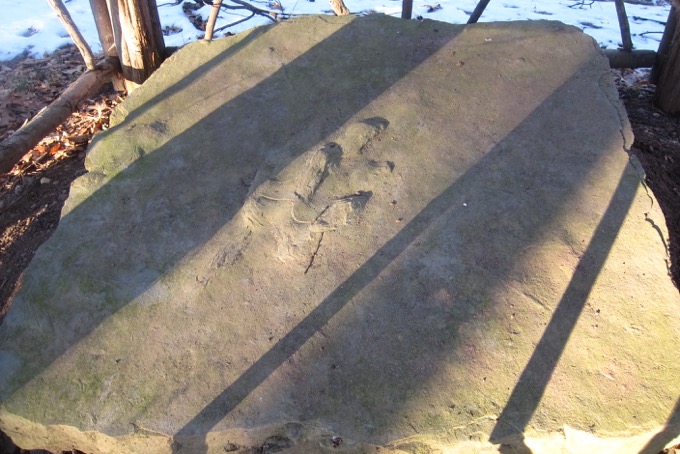 Eubrontes, which is the name of the fossilized track and not the dinosaur by the way, was made by a meat-eating dinosaur that lived around here back in the day. Way back in the day. Eubrontes is Connecticut’s state fossil of course. I always think of this little hut here and if I were to ever do some sort of massive Connecticut Treasure Hunt, I’d include it. I just love its randomness I think. 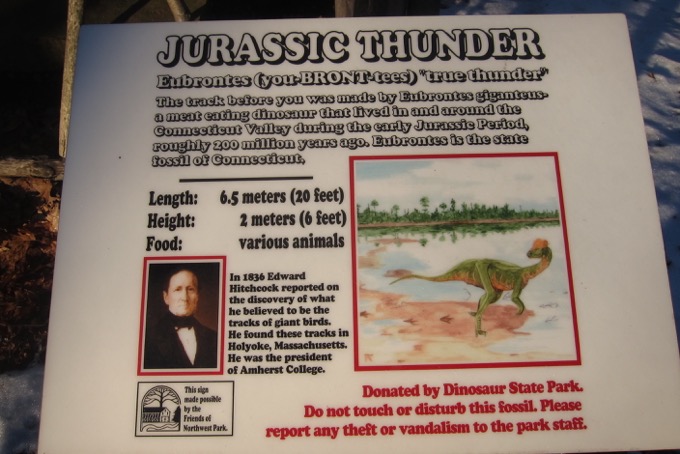