As I write this, I’m still not sure it belongs on CTMQ. The original intent of the diners list was “classic diners.” The O’Rourke’s, Zips, Quakers, Norm’s, Aeros, etc. of the Nutmeg State. Skooter’s is not old and is not classic.

But it was built to look classic! 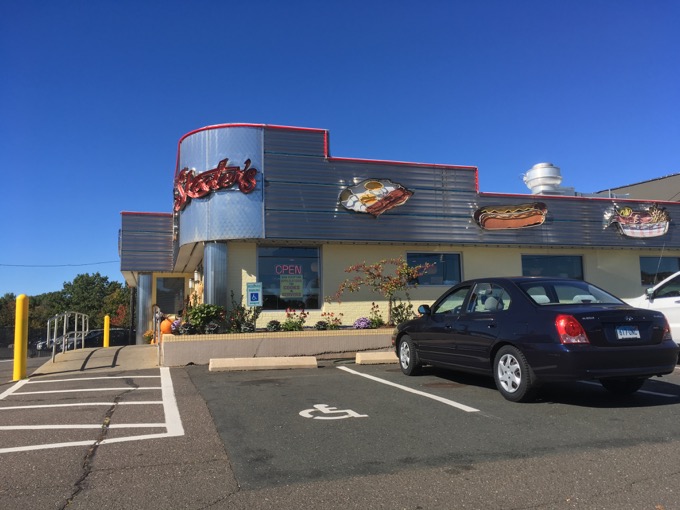 Skooter’s is also not a standalone restaurant. There is this Skooter’s in Windsor Locks and if you scoot up to Springfield, Massachusetts, there’s a Skooter’s there as well. A general diner rule is that if there are more than one of them, they are probably not very good. 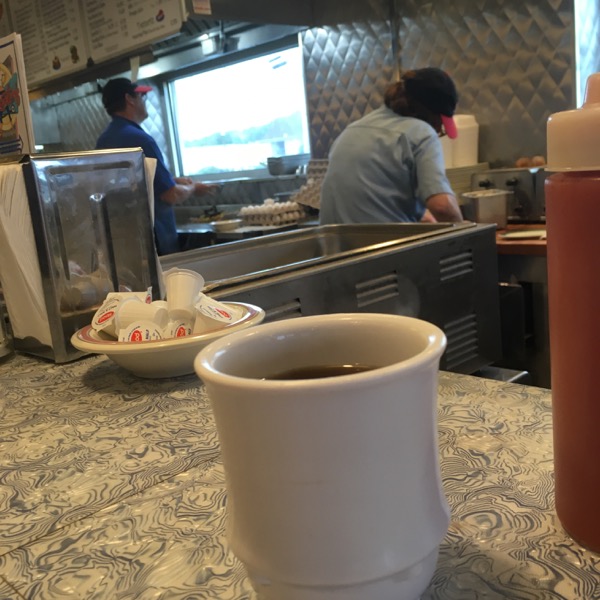 I sat at the bar and was immediately impressed with the fake authenticity of the place. They’ve done a nice job of creating the atmosphere they were going for. One of their catchphrases is “Bring the Kids and Rock & Roll with us.”

Their whole thing is how great the 1950’s were. Y’know, the rose-colored glasses revisionist 1950’s America we GenXers and Millennials are sold on all the time. Never mind that my black friends couldn’t join me at the counter of 1950’s Skooter’s though. Dion was on the radio! Let’s dance! 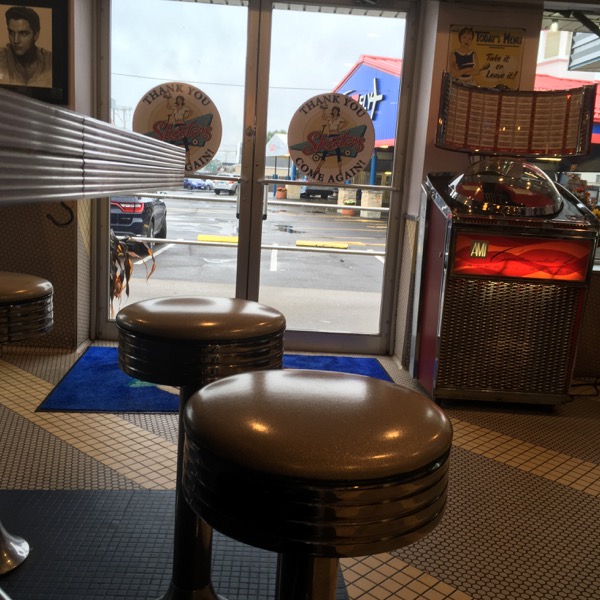 Sorry, I digress. It can’t be argued that the build up of the Cold War wasn’t awesome. Darnit, I can’t stop.

The service I received at Skooter’s was exemplary. I got some sort of off-menu special omelette as I like to do and endless pours of black coffee. This is how I judge diners.

And Skooter’s passed my test. Perfectly made omelette, good-enough black coffee… I think I had to ask for some hot sauce rather than having within arm’s reach. But there was no hot sauce provided at all in the 1950’s, so I can’t complain. 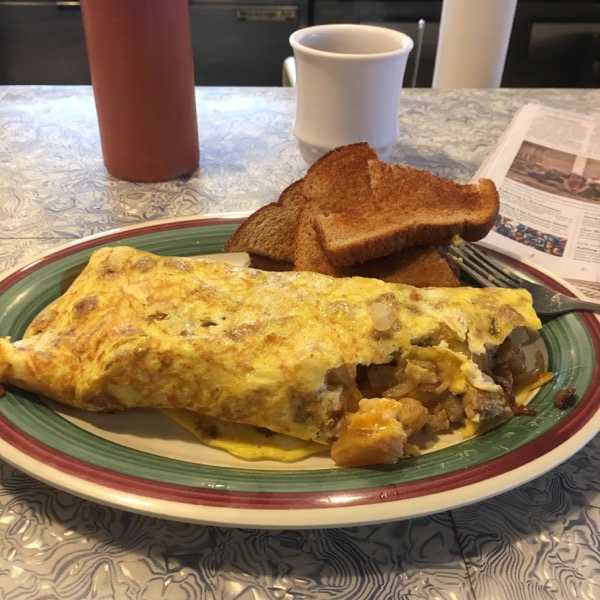 (And really, what kind of person would I be if I were to complain about having to ask for hot sauce at a diner.)

There you have it. Skooter’s is a viable option amid the many options near Bradley Airport. There are probably 25 restaurants on this mile-long stretch of route 75. Skooter’s is one of the best and most fun options. And it made it to my list of “classic diners,” so that means something too.