Ok, look. I don’t need to write up this page and if you’re reading this, you are among select company. In today’s tsunami of new breweries, new beers, newly distributed brands to our state, the news of one of Connecticut’s smallest breweries closing barely registered for more than a day or two. 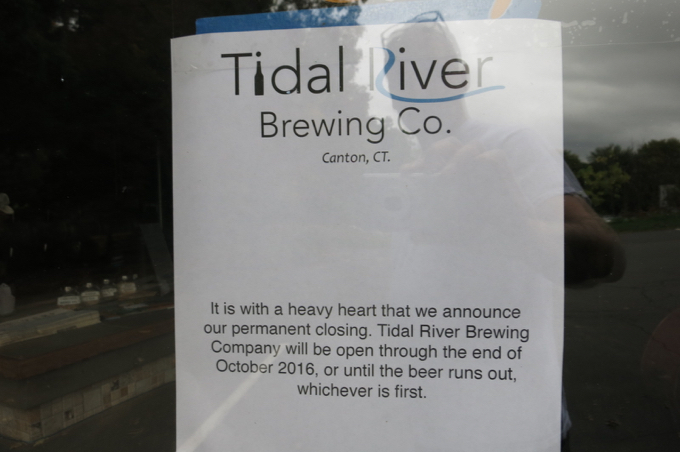 Howdy CTBeer community.
This is a post I never thought I’d have to write.

The past 10 months of operating Tidal River Brewing Company have been an adventure, but the time has come for it to end. After some difficult struggles, we are no longer in a position to keep the brewery operational and continue to create a quality product…

I can’t thank friends, family and the CTBeer community enough, you all made this dream a reality, and allowed us to follow our passions. Please reach out to us with questions and concerns. 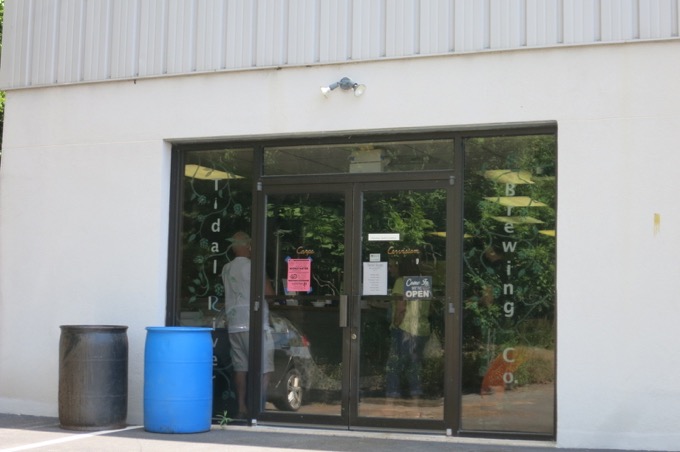 I assume the decision to close was the result of a combination of reasons. I can tell you that none of those reasons include “crappy beer” or “the owner is a jerkwad.”

Hundreds of breweries across the world continue forward, with crappy beer brewed under the ownership of jerkwads.

I visited Tidal River on several Sunday afternoons in the summer. I got to know Geoff a little bit during these visits and, of course, was able to enjoy several of his beers. I purchased both of his bottled efforts and both were good. I have a twinge of guilt, however, as I never purchased anything from his tap lines. 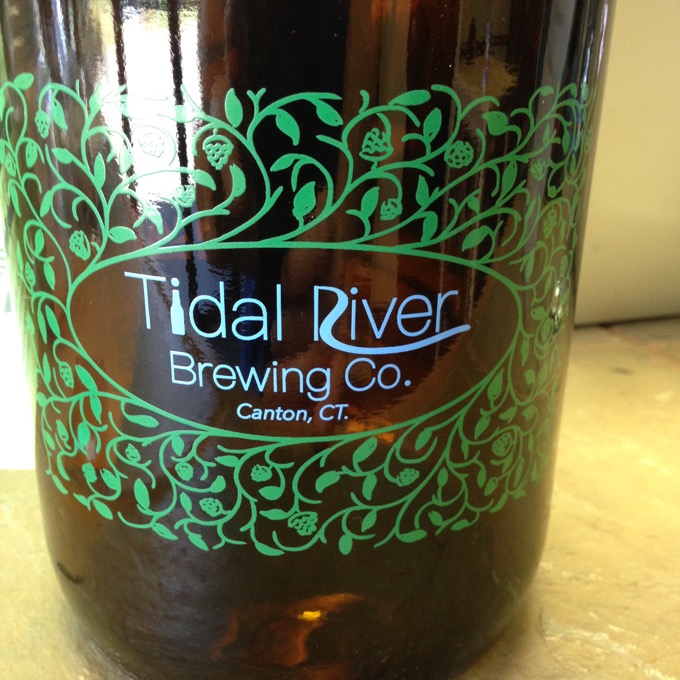 (But I was adhering to my 2016 personal rule that I’d try not to “review” non-bottled, non-distributed beer until a brewery is older than a few months. Seriously. But, in light of the situation, I will break my rule and review those brewery-only beers in memoriam. Spoiler alert: they were all good. And I’m not just saying that.)

Tidal River was Geoff’s dream and was announced with a flourish in September 2014. After all the “stuff”: funding, a successful $11k+ kickstarter, real estate, build out, marketing, and licensing, and brewing, Tidal River opened in January of 2016. Sixteen months from “I’m gonna do this” to flowing taps.

And then only 10 months until Taps.

Nothing I could write would do any better than Mr. Tidal River Geoff wrote himself in response to some who seemed to almost revel in his business’s closure:

”Before folks start getting a little too armchair business person, let me just say, you’re all right, and you’re all wrong, for all the same reasons.

it’s not one factor, it’s many. “The bubble” isn’t a thing. CT’s beer market is great, and there’s plenty of room for our business model and for others. Our situation wasn’t unique by any stretch, but it was ours, and doesn’t reflect upon the rest of the market. Consumers want choice, craft-beer consumers, more so than others, thrive on unique experiences and novelty. Keeping discourse alive about what makes a quality brand is important, speculating on what went wrong doesn’t really further the industry or the product.

Please keep in mind there are people behind the brands that make these products. We have families, lives, feelings, and some of us have social media accounts”

Well said, Geoff, well said. I need to check myself when writing CTMQ. Be it a lousy museum, subpar chocolate shop, or a struggling brewery. It’s cool to get a reality check every so often. I appreciate it. 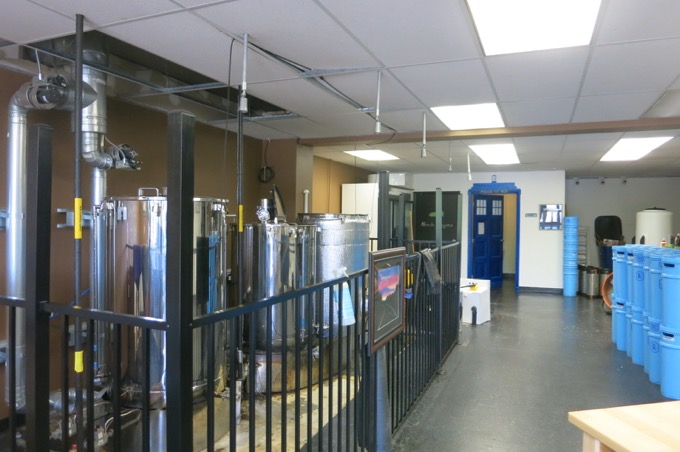 I’m not here to speculate on any specific reason or reasons Tidal River didn’t make it to their first birthday. Geoff has not said much more than the above and if I was a good person, I’d respect that and allow him the final word.

I wrote to him asking if he’d like the final word and he gave me the go ahead to “feel free to be [me].” And, “I expect you to be unflinchingly sarcastic and truthful!” Told you I liked Geoff. He gets it. This guy…

Honestly, I recently went through and read a bunch of Tidal River history. It made me sad. Such excitement and earnestness just a few short months ago. While I certainly would take pleasure in certain businesses failing (MLM’s, homeopathy concerns, prosperity ministries, Ark Encounters, OnlyInYourState.com, to name a few), I would never find joy in a legit small business not making it. 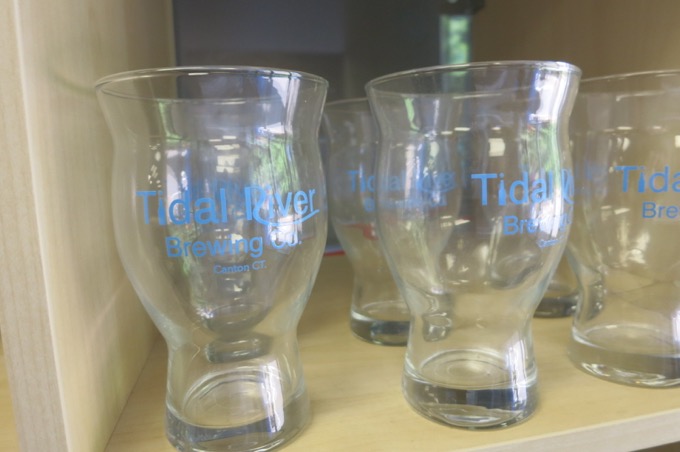 So, in a sense, we could view Tidal River as a cautionary tale. Even without knowing jack squat about financials or personal situations. Let’s see what I can make up…

As Geoff says, this is not about any sort of “craft beer bubble.” At all. As I said, it’s not about the beer sucking either. What was it about? In no particular order other than “I don’t know” being number one:

Location: Though on busy route 44 very near some very busy shopping areas, the brewery itself was hidden at the back of a nondescript set of industrial buildings. Poor signage and a hidden entryway. Behind a BounceTown. Brewery Legitimus recently opened six miles west on route 44 in less populous/traveled New Hartford. Their brewery faces the road. My guess is that makes a difference somehow. 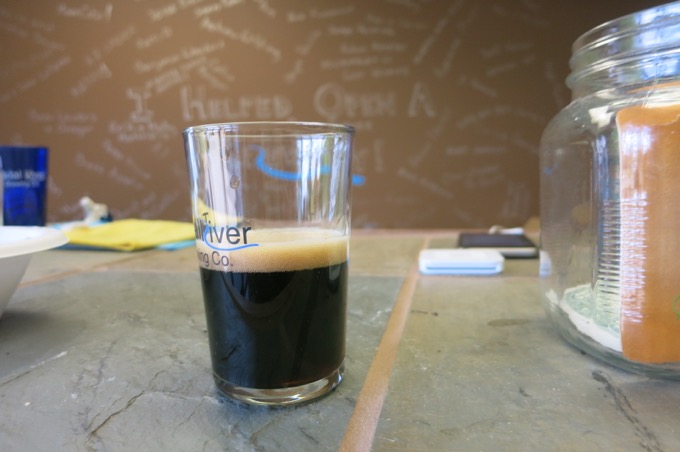 Selection: Tidal River thrived on being unique. While there were usually some “straight” beers on tap (milk stout, blonde ale), the focus seemed to be on the wackier beers. Cool for some, but not for most.

Social Media: Geoff loves his dogs. He works with a veterinarian. But pictures of dogs don’t sell beer. Tidal River was not alone in this, but you’ll be hard pressed to find a picture of a beer or the brewery across the various platforms. I think this hurt them.

Buzz: Tidal River had none. And that’s a shame. One dude brewing on a 3BBL system can create buzz if all the stars align. The stars did not align.

Capital: I don’t even want to speculate here. Surely Geoff got investors beyond Kickstarter, but I’d guess he also took out loans and poured in his own cash. Perhaps there wasn’t enough to keep the brewery afloat when product didn’t fly out of the taproom? Who knows.

Distribution: Like many new/small breweries, there was none. Giving away free samples and not selling in stores or on tap lines means 100% of your cash intake comes from tap room growler sales. That’s a tough model when you don’t serve pints and have tables and such. Consumers have something like 8,201% more choices now than we did just a year ago. Granted, getting your little brewery on tap lines is next to impossible these days and shelf space is also at a premium. Maybe Geoff tried? Maybe he didn’t. But with places like Flatbread Company literally across the street – a restaurant that makes their entire “thing” about hyper local – I wonder if an earnest attempt was made.

Jumping in head-first without knowing how deep the water is: Even though it took 16 months from announcement to opening, was it still too soon for Tidal River? Selling merchandise seven months before opening? Not having enough capital to fall back on? Not shopping your idea/product to local bars and restaurants? Not having a cohesive social media and marketing campaign? Hanging your hat a bit too hard onto the Connecticut Beer Trail that hasn’t demonstrated they do anything effectively to promote local breweries at all? Bits and pieces of all of the above? 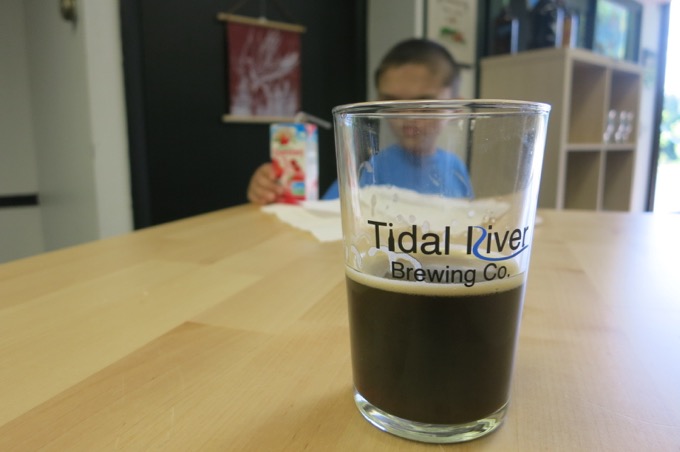 Tidal River is the second brewery to close since I began CTMQ in 2006 – Cavalry being the first. There were 4 breweries in 2006 (Hooker, Cottrell, old NEBCO, Olde Burnside) and we will have nearly 40 by the end of 2016. Yes, of course there’s a limit to how many can remain viable, but we aren’t there yet.

And no, I don’t know what the magic plateau number is.

I do know that a bunch of you missed out on some fun, creative beers that came out of this place. And shame on you for that.

Here’s to Geoff Mattheis. Props for putting yourself out there and making a go and good luck with everything in the future.

Oh yeah, the bathroom was a tardis and that was rad.