There are a lot of historic house museums in Connecticut. A LOT. And frequent readers know that they are barely discernible from each other. Oh sure, some have really cool stories or unique architectural quirks, but others are… Well, others are just old houses that have withstood the test of time. 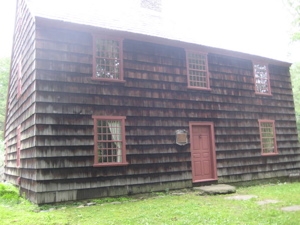 I visited the house along with Rob (here, left) and Yvonne during our day-long trip through Fairfield and Norwalk. Poor things.

And that seems to be the case of this old saltbox in beautiful Fairfield, Connecticut. According to the Fairfield Historical Society blurb, 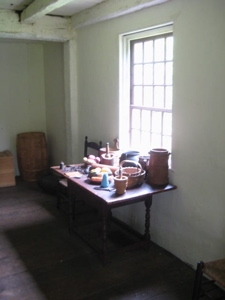 The Ogden House is an exceptional survivor of a typical mid-18th century farmhouse. The house, which escaped the burning of Fairfield by British forces during the American Revolution, provides a glimpse into the life of a family of the “middling sort.” Called “the new house” in a 1750 deed, this austere saltbox-style house was built for David Ogden at the time of his marriage to Jane Sturges. For the next 125 years it was home for the Ogden family in the farming and coastal shipping town of Fairfield. 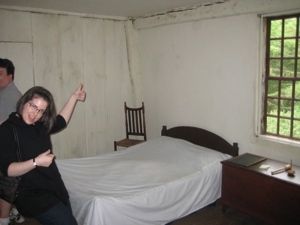 So okay, the mere fact it survived the burning of Fairfield by those Brits is a cool enough story for me. The Ogdens also raised 10 kids in this house, which is rather amazing. There are only a couple bedrooms and the kids were simply not even allowed in the nice parlor room. The parlor is painted a rich blue color (which Yvonne hated – boy, something tells me she would not like my house’s color scheme) which was a rather expensive paint color a couple hundred years ago. 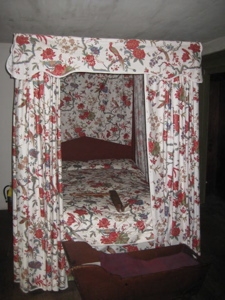 While the Fairfield Historical Society maintains an awesome town history museum a couple miles away, and the Ogden House is wonderfully presented, their website could use some wordsmithing:

Family documents and inventories have been carefully examined to furnish the house appropriately with objects including textiles and fine pieces of furniture with Fairfield provenance. Although no longer surrounded by its original farmland or outbuildings, the Ogden House retains its beautiful situation overlooking Brown’s Brook in the fertile Mill River Valley. An eighteenth-century style kitchen garden behind the house is laid out symmetrically with raised beds. The garden features herbs typical of those used at the time, and is generously maintained by the Fairfield Garden Club. A bridge across the brook leads to a trail planted with native Connecticut wild flowers and shrubs. Ogden House is listed on the National Register of Historic Places.

They failed to mention the large cemetery across the street. But we weren’t interested in that; just the Ogden House itself. We were given a nice little tour and, as I’ve mentioned, there’s nothing remarkable about it. However, since very few people go to more than one or two of these historic houses in their lives, it’s always worth a visit. I’m sure the local school kids all make a trip and the house does lend itself very well to imagining life in 1750. 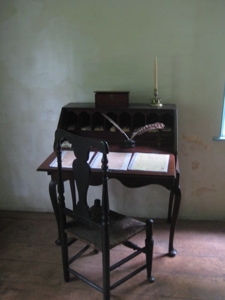 The gardens, which rate enough to be part of the museums name, were really not all that impressive to me. Although, it’s authentic and contains only native species, so I very much appreciate that.

As we wrapped up our tour, a docent came in to very excitedly talk to us. Hats off to that guy, for he really, really loves the Ogden House. And when he learned he had a visitor from West Hartford (that would be me) and two from Brooklyn (Rob and Yvonne), he was beside himself.

We ended up in a discussion about how we’d enjoy life in the 18th century and Rob and I, ever the pragmatists, noted that we’d hate it as the life expectancy was half of what it is now, high child mortality rates… we’re bummers like that. I don’t think that’s what the guide was going for, as he was more into discussing the romantic notions of sustenance living. 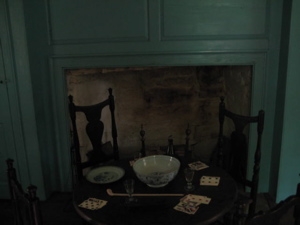 He talked about how back then, without money, the Ogdens would engage in trade for goods. They made cider and grew corn and other veggies that they bartered for various sundries they needed to survive. The excitable gentleman then offered up a quote that left us a little speechless; for no other reason than we are terribly immature sometimes:

“Yeah! It’s like if I gave you my Ding-Dong, would you give me your Twinkie?”

After a brief pause, I suggested that his allusion wasn’t the best choice of food items, especially since such food wasn’t available 250 years ago. I then wondered aloud how many clams from the Sound would equal a dozen corns on the cob. That seemed to be a much more reasonable example. 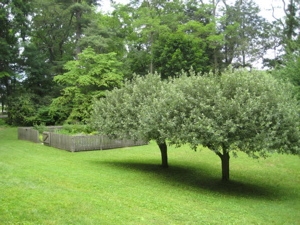 I’m not sure if he was bored and having fun with us or what, but it gave me something to write about for 3 paragraphs, so for that, I thank him. (And really, what does it say about me that upon leaving and getting into my car, I immediately wrote down his quote for the purposes of this page?) 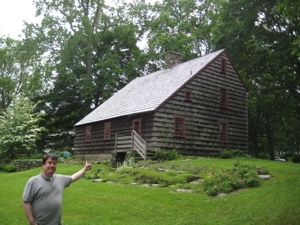