As I always do on Connecticut Open House days, I try to get to a few rarely open museums. Earlier in the morning, I made it up to the East Granby Historical Society Museum by myself. Then I went home, collected the family, and drove out to Manchester to finally visit two historical society properties out there at which I’ve come up empty several times in the past. 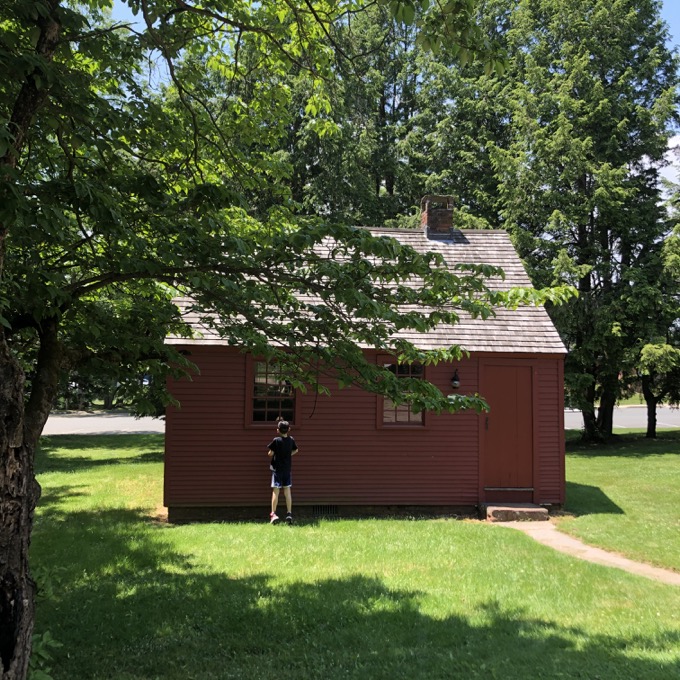 A 2020 ride by with Calvin on the Cheney Rail Trail

My history with the Keeney Schoolhouse and the Cheney Homestead dates back all the way to the beginnings of CTMQ in 2006. Back then, I was unaware of the vagaries of museum “open-ness” and blithely tried to visit one random Saturday with my friend EdHill.

Turns out, that was stupid of me. For because the Manchester Historical Society’s museum and the fire museum and some other stuff are open fairly often, the two properties two blocks away are not. 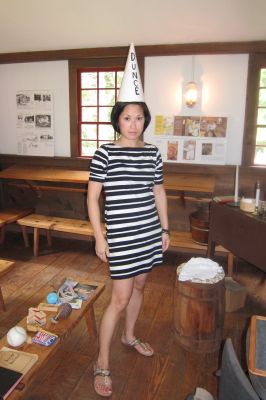 But lo! This was Open House Day and they were both most certainly going to be open! Huzzah!

Before I go any further, a few of you may be saying that this tiny little one room schoolhouse shouldn’t qualify as its own museum. Sigh. I’ve thought about this stuff far more than you, and this is what I’ve decided. It’s arbitrary, but if I don’t separate this one room schoolhouse from the other nearby museum, then I can’t separate the others near other museums. And on and on, slippery slope man, slippery slope. 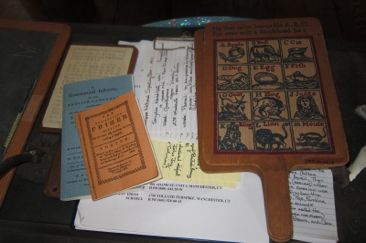 No, you would not book a trip to Manchester, Connecticut solely to visit this tiny museum. I recognize that fact. Satisfied? Good. Now let’s get on with this place.

We arrived to find a docent dressed in a nightgown – errr, a house dress – errr, apparently what school marms wore back in the Keeney Schoolhouse’s day.

She was great, and I enjoyed talking with her. I also enjoyed her commitment to her role, even with my older son presenting her with a few of his rather difficult behaviors. The bottom line here is that this is a one room schoolhouse and since they are all the same, I’ll let the Manchester folks tell Keeney’s story. 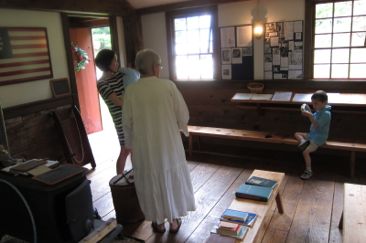 Public schools in colonial Connecticut were operated by the Colony’s official, established church, which we now call “Congregational.” The legal institution which managed them was the ecclesiastical society. Qualified voters who belonged to the official church were members of this society.

In 1694, the General Court of the Connecticut Colony chartered an ecclesiastical society in the part of Hartford lying east of the “Great River,” consisting of East Hartford and the area called the Five Miles, which later became Orford Parish and still later the Town of Manchester.

In 1745, that Society gave the people in the Hop Brook section, Manchester’s first settlement, the right to conduct a school. In 1751, the Society authorized the erection of five schools in the Five Miles, all to be built without cost to the Society. The Society, however, would provide money for operating them.

There is little documentation about the schools erected under this grant. The story is that residents of the Hop Brook area built theirs in one day, using lumber measured and cut in anticipation of the grant. Probably the other four were built shortly thereafter.

That’s all well and good, but I only care about the Keeney Schoolhouse right now. Like why is it even called Keeney in the first place? I bet you don’t even know that –

Our one-room schoolhouse was originally built on Keeney Street about 1751. We are not certain when it ceased to be used as a school, was sold, and converted to a farm building. 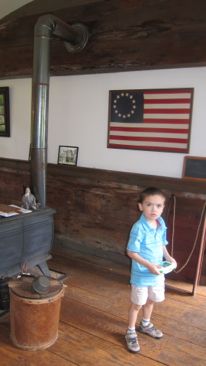 In March 1975, the Town’s Bicentennial Committee voted to restore the building and to use a site on Cheney Homestead grounds. The Manchester Historical Society agreed to furnish and equip the building.

That’s cool and all, but no way. Restored 1751 is still obviously restored. I’m not buying it. What else have you got, Manchester –

By 1975, however, the building had deteriorated so badly that it was not possible to restore it. A replica would have to be built. Volunteer workers dismantled the old structure, saving every usable piece of lumber. Fortunately, in the usable material were a few of the plank joists, shaped by hand to a graceful curve. Fastened to these were laths holding the curved plaster ceiling. Curved ceilings were not unusual in larger buildings of the 18th century, but few rural schoolhouses had them. New joists were cut to make the new ceiling. 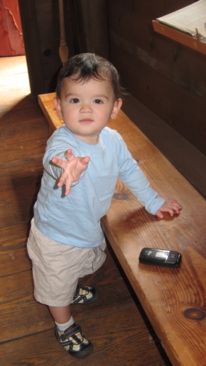 So this is a fake old schoolhouse? What else doesn’t ring true here?

The old building’s framing showed that a fireplace was originally used for heat. Woodburning stoves had replaced fireplaces in many old schools and it was decided to use such a stove in this replica. The furnishings are antiques and reproductions of the types which might have been found in the old schoolhouse.

Alrighty then, I get it. Those who restored the joint in the 1970’s deserve a huge thank you – it was entirely volunteer work. The Keeney Schoolhouse is beautiful and was restored to its 1751 standard. If only they made it bigger?

The very small size of the classroom may surprise many visitors. The small size is accounted for by the fact that travel was very difficult in early Connecticut. Roads were incredibly bad. Bridges were rarities. It was impossible for small children to walk great distances, particularly in the snow of winter and the mud of spring. With the large families of the old days, a village of only a few houses or a small area of scattered farms required its own school. 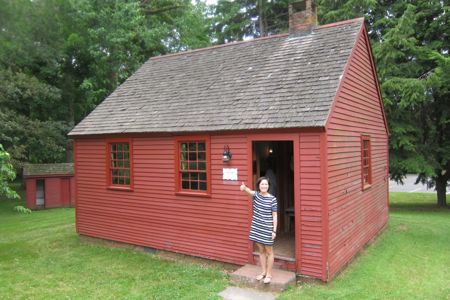 I love my wife.

I don’t really have anything to add here – other than the Cheney Homestead is right out of the schoolhouse’s front door (our visit here). And as you see, the Keeney Schoolhouse will go down as one of my all time favorite CTMQ pages for one obvious reason: The prettiest dunce I’ve even seen.