It Just Dawned on Me…
Guilford (Google Maps location)
September 8, 2012

At the time of my visit to this little one-man-show museum, I am fairly certain it was a standalone operation that just happened to be located at another museum – The Dudley Farm Museum. These days (2018 and beyond) it certainly still exists, but I think it’s now part of the much larger Dudley Farm complex. 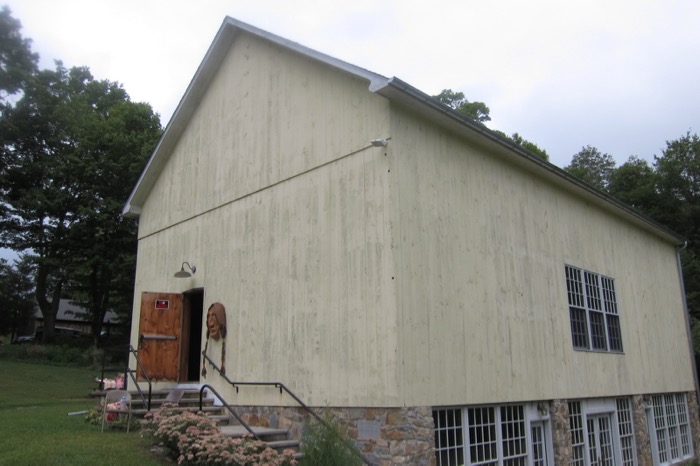 The man who put this whole thing together was Gordon “Fox Running” Brainerd. My man was spry and full of excited information during my visit. (Their is a large farmer’s market that has been operating at the Dudley Farm forever, so the Dawnland Collection gets a goodly amount of wanderers from the market. So it’s cool that there were other visitors during my visit.) 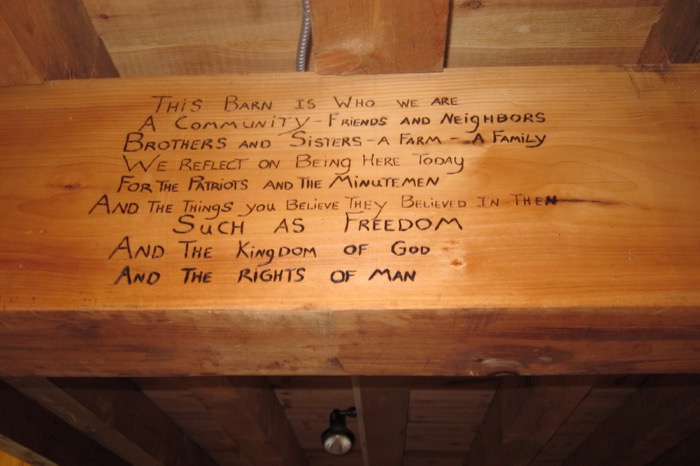 The Quinnipiac people, of course, ruled south Connecticut and beyond for thousands of years. I found the Wikipedia entry pretty informative. The derivation/etymology of “Quinnipiac” is quite interesting. 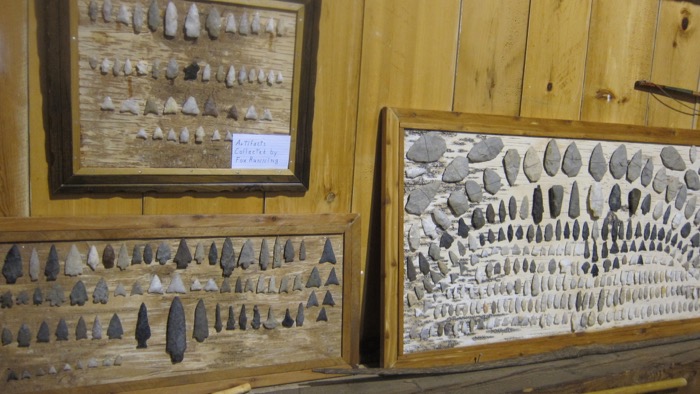 The place name “Quinnipiac” derives from regional variations of Quinni/pe/okke which is similar to Quinneh/tukq/ut. The first indicates “long-water-land” and the second indicates “at the long water estuary” which are two locations of the Renapi bands. One linguist theorizes that the name “Quinnipiac” means “turning point” (i.e., where we change our route), however, there is no historical or cultural evidence to support this assumption. Evidence does exist, however, to indicate that the original “long-water-land” related to the entire shoreline along Long Island Sound. Bands of the Long Water Land Renapi were situated in Eastern New York, Northern New Jersey, and Connecticut, where their summer camps were on the shores and along the estuaries that ran into the Sound. In Pre-Columbian times, after the glaciers melted, there was a freshwater lake waterfall 100 miles long. Legend has it that this was the derivation of the term “Long-Water-Land.” Archaeological evidence of the ancient camps lie throughout the region. Quinnipiac River runs almost the width (top to bottom) of the state and the Connecticut (originally spelled Quinnehtukqut) River runs from the Sound all the way to the border between New Hampshire and Quebec, Canada.

Hold on. “In Pre-Columbian times, after the glaciers melted, there was a freshwater lake waterfall 100 miles long.” What? Where was this? That sounds pretty awesome. 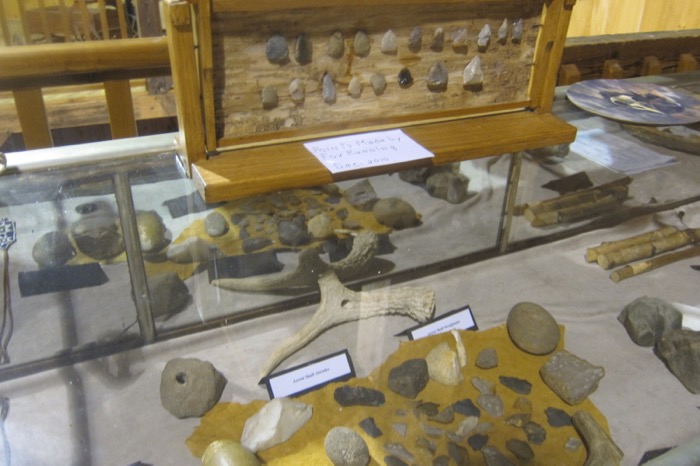 As the Quinnipiac lived in this region forever, they left behind a bunch of stone tools and other artifacts for us to find in the 21st century. And that brings us to the Dawnland Museum.

(Dawnland comes from the Algonquian language and refers to the whole Algonquin area from far eastern coastal Canada down through Connecticut.) 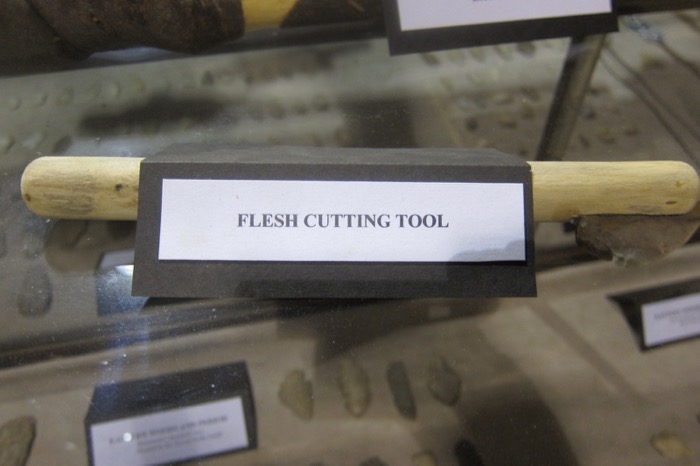 The little museum is upstairs in a barn at the Dudley complex. Everything here, I believe, comes from this geographic area – Guilford, Madison, and Branford. I suppose with 10,000 years of living here, one doesn’t need a large area to find museum stuff. 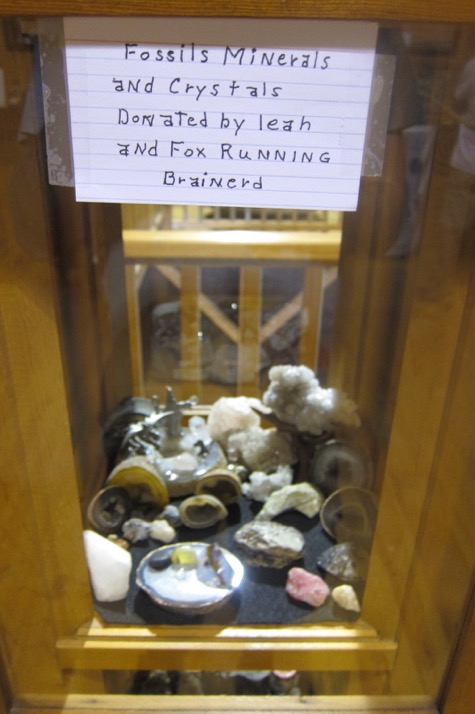 I spoke with “Fox Running” – why do we put that name in quotes? Is that just his name? Or should I just go with Brainerd? Google, help me out:

Gordon Brainerd is his Christian name, but to the Bear Clan of the Quinnipiac Tribal Council of the Algonquian Confederacy, he is Fox-Running, medicine chief. Fox-Running was given his name because of his penchant for “running around, talking to people” about this area’s indigenous Native American culture, he says. 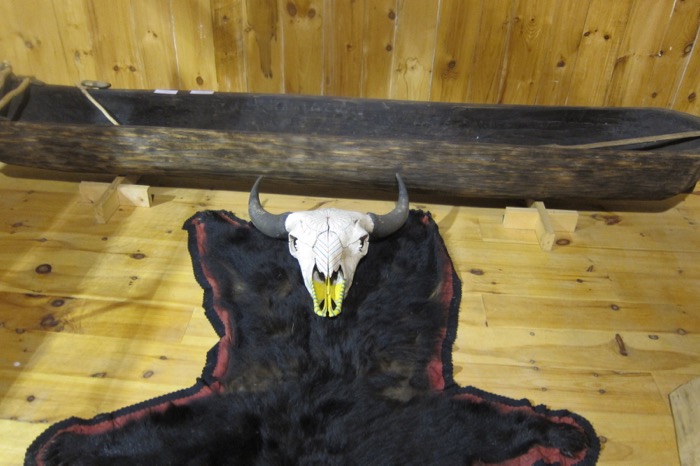 But the Googles also took me here, where his name is “Running-Fox.” So I guess I’ll stick to Brainerd.

Be he Running Fox or Fox Running or Brainerd, he is a passionate and proud man. This museum is basically his attic; his personal project to highlight and memorialize Quinnipiac culture and artifacts. 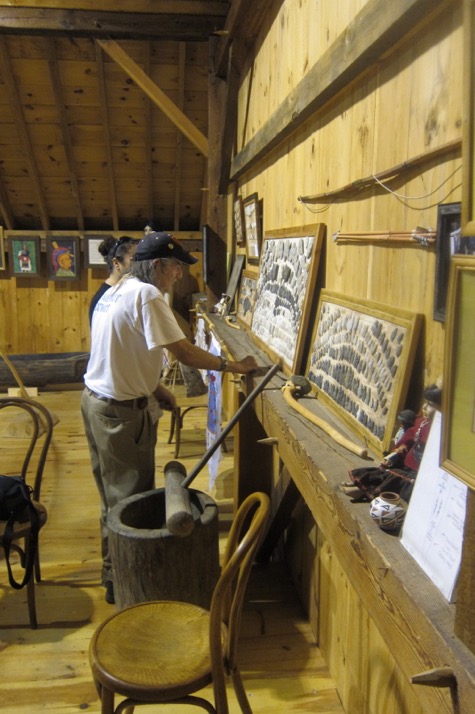 There are a lot of stone tools and projectile points on display, but also lots of art and folklore items. Brainerd’s displays do their best to tell the story of the native people and how they were herded, moved, murdered, scattered and/or assimilated. Many Quinnipiac descendants live up in Nova Scotia, but who knows how many don’t even know of their true heritage? 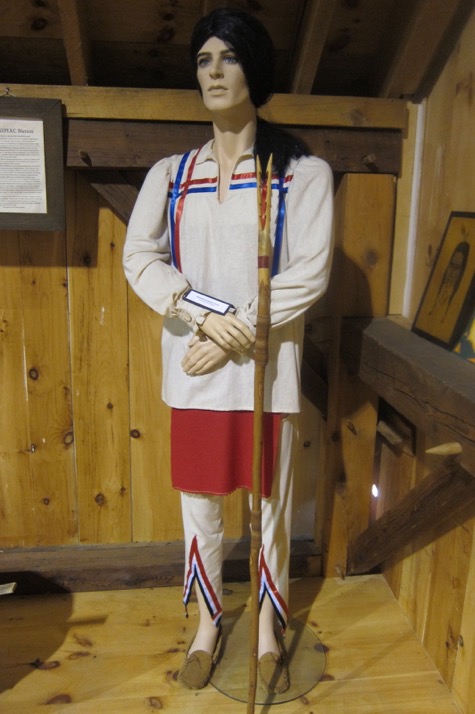 Weirdly, Brainerd isn’t even sure. But neither he (nor I) care, because what he’s done in this small attic museum at another museum complex is important and interesting. Brainerd is getting up there in years and as I often wonder, I hope there is a succession plan in place here. 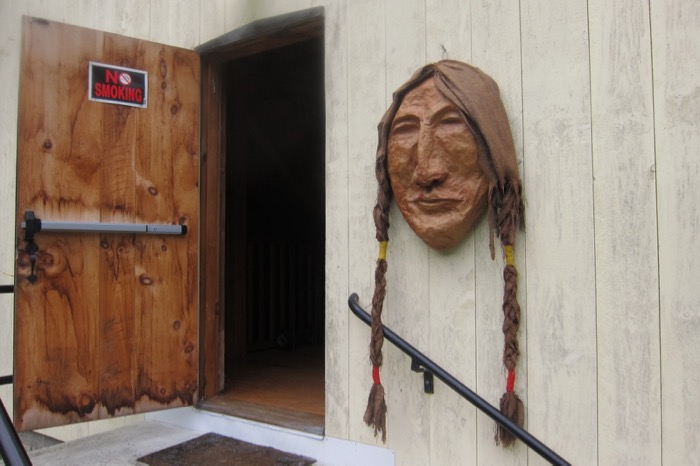 Although I guess its placement was always part of that plan. It is protected and separate at the Dudley Farm. Hm. Will it be assimilated, or disappeared down the road.

Hey, wait a minute. The metaphor is too real. I’m going to keep my eye on this place and fight to keep it alive forever.