Will I Nurse This Review, Or Just Milk It?
Mansfield (Google Maps location)
May 30, 2014 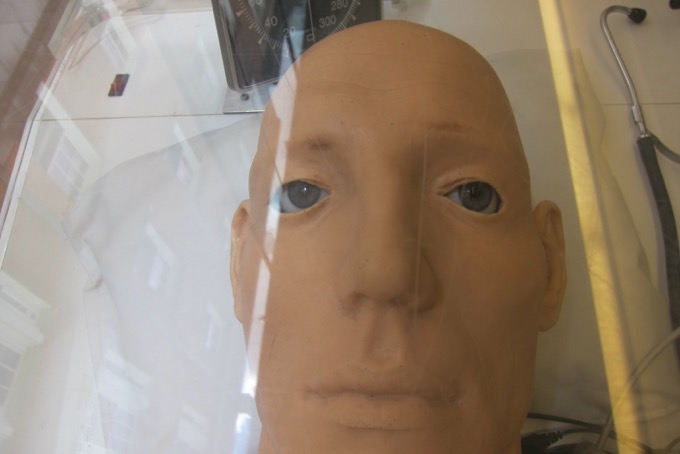 Oh, hello. That’s George, a heart patient simulator at UConn’s School of Nursing (SON) program in Storrs. He lies in the Josephine A. Dolan Collection of nursing history and education. If you’re curious about George here, he’s essentially an animatronic, life size mannequin that can simulate dozens of heart conditions.

Josephine Dolan was the first professor of nursing at the University Of Connecticut School Of Nursing. She became interested in nursing history when she was given the class to teach in the nursing program. In order to write a book on the history of nursing, Dolan collected materials from dealers and from descendants of the families with pertinent nursing histories. Dolan donated her collection of nursing artifacts to UConn School of Nursing in 1996. 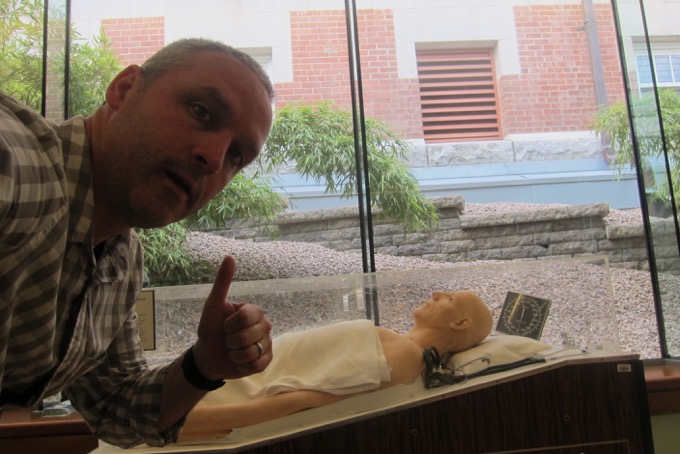 And Dolan was, apparently, a prolific and incredibly well respected educator and writer in the nursing world. For 25 years, her textbook on the history of nursing, Nursing in Society: A Historical Perspective, was the most widely used text of its kind, influencing students around the world.

Dolan taught at UConn’s School of Nursing for 35 years. Over the course of the 40’s, 50’s, and 60’s, Dolan helped transform nursing from hospital-based training to an academic-based education and was progressive in her teaching by using state of the art video technology as a heuristic tool. 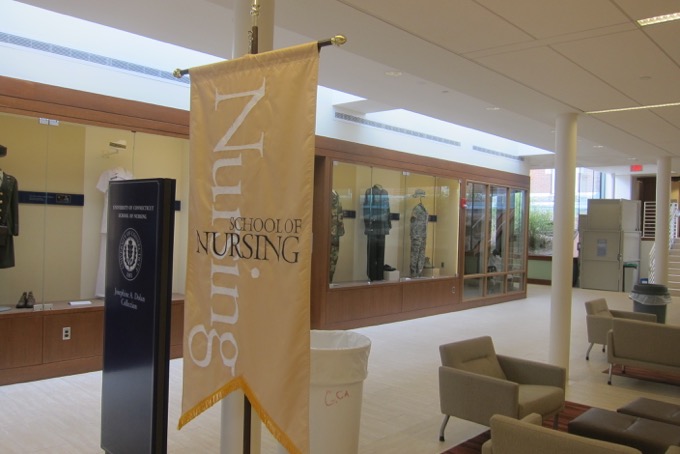 That’s right, they have the word “heuristic” on the sign about Ms. Dolan and her collection. See? Yale’s not the only smart people university in the state.

I’ve found that some university collections are sometimes rag tag and are not often presented in a very professional way. That is not the case with the Dolan Collection; professional signage, explanatory but not too long-winded, and the whole thing is as nicely presented as one can expect. 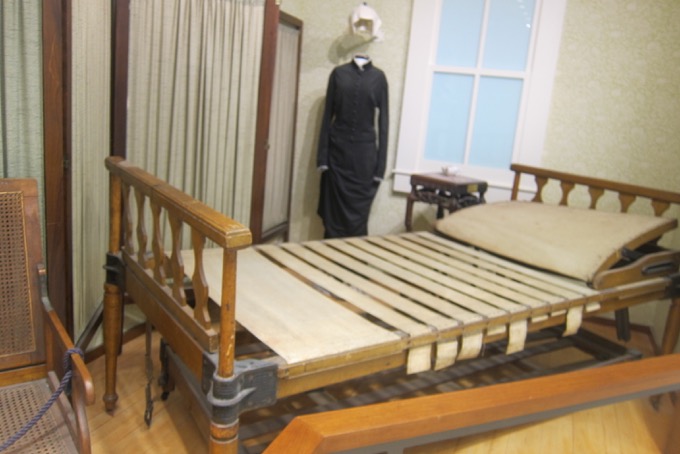 The big “get” here is the Iron Lung, which we’ll talk about in a minute. For me, the most interesting item was the human skeleton from the Seaside Sanitorium! 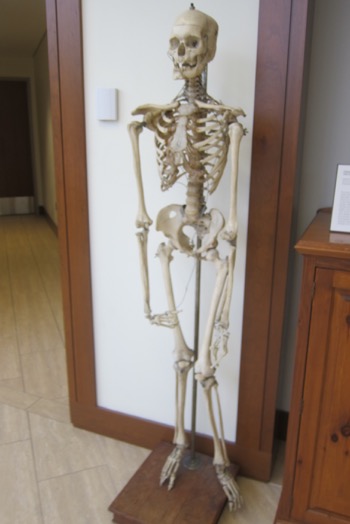 This skeleton was one of the teaching models used in the state of Connecticut’s tuberculosis treatment program at Seaside in Waterford. Seaside was designed to treat children suffering from bone and glandular tuberculosis using heliotherapy, a procedure involving prolonged exposure to sunlight. The TB program ended in 1958, and the following year, the facility reopened as the Seaside Geriatric Hospital. In 1961, it was converted to the Seaside Regional Center for the Mentally Retarded and operated as a residential institution for the developmentally challenged until it closed permanently in 1996. 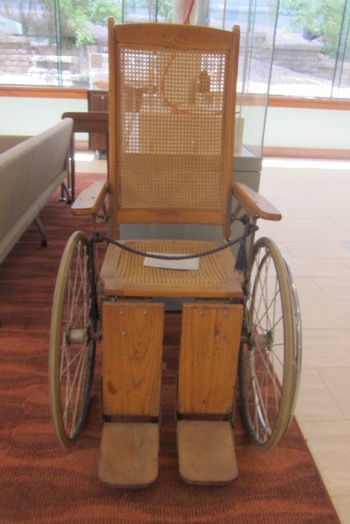 Let’s see, what else? A collection of invalid feeders, supplies, and medications that allowed a window into historic nursing practice. I think the story here is that while the tools themselves have remained the same in their basic principles, the practice of nursing has changed quite drastically over the last century.

Which is a good thing? 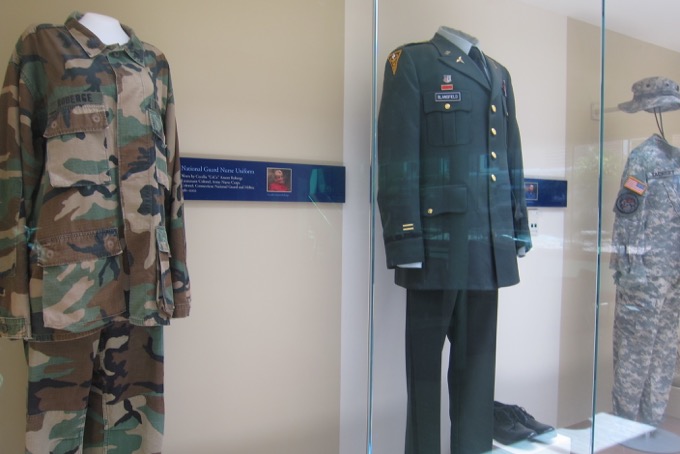 Not a good thing? Polio. Strong take, I know. The Dolan Collection includes an Iron Lung, which was donated by the Veterans Home and Hospital in Rocky Hill.

These things, made of steel and not iron, were an unfortunate reality for many. These 500-pound devices were used to help patients with compromised lung function to breathe. The patient remained in the airtight container, with only his or her head protruding. Pressure inside the tank changed to manipulate the lungs into mimicking the mechanics of breathing. 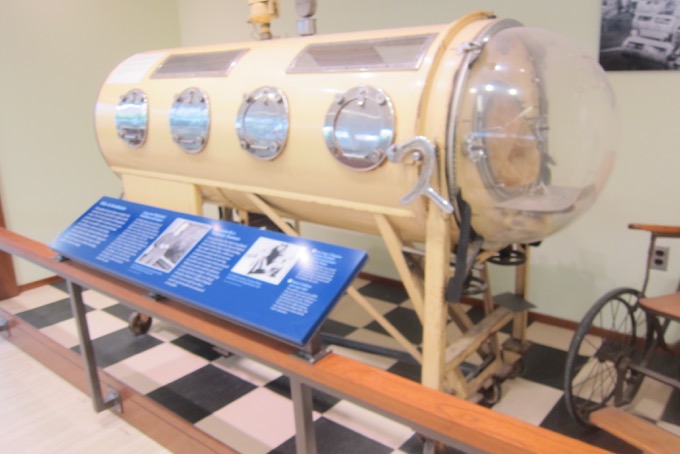 With the polio vaccine and the invention of ventilation machines, iron lungs started to disappear from the scene, but they still hang around. They were used during the Vietnam war for burn victims, to keep their wounds sterile.

According to the New York Times, there were 30 people living in iron lungs in America in 2009. Hm. Okay, so maybe we’re down to zero now.

UConn’s nursing program is one of a few in the U.S. that require students to take a course in nursing history, and I think that’s pretty cool. This isn’t a massive museum. But where else are you going to get an exhibit on the evolution of the bedpan?

Seriously, that’s a thing here too. And that’s fantastic. 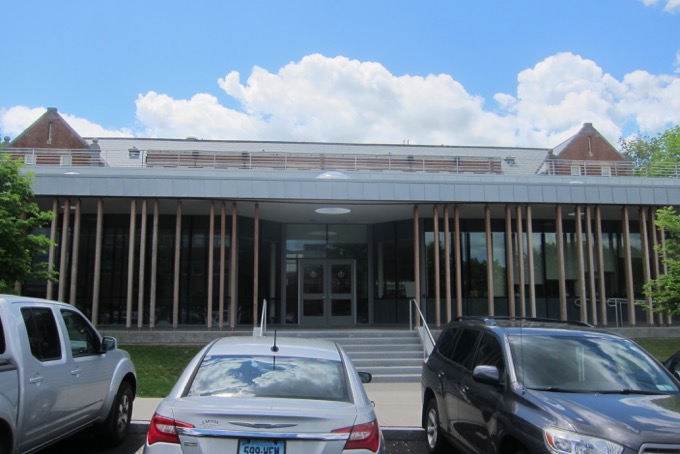