Groton has a bunch of museums, several of which draw visitors from outside of Connecticut and even southern New England. (In fact, if you go to the Submarine Force Museum at the Naval sub base, be sure to check out the license plates in the lot. They are from all over the country.) 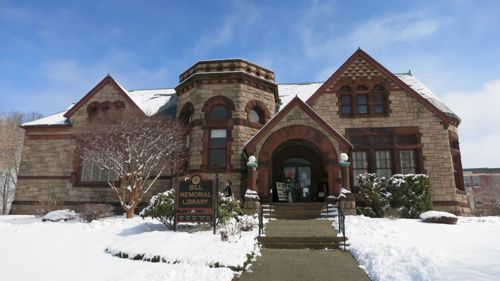 And don’t forget that a good chunk of Groton is also Mystic – and we all know that Mystic draws.

And yet, here you are, reading a page about the Bill Memorial Library Museum. Surely a museum you’ve never heard of in your life.

And here I am, smiling away as I type away attempting to describe our visit. That’s right, “our.” I brought my entire family to this place – and I couldn’t have been happier to do so.

The Bill is an absolutely beautiful library. In a state full of beautiful libraries. this one is one of the best. While it is certainly one of the prettiest, its location on top of the hill at Groton Heights overlooking the Thames River makes it even better. It shares the same hilltop as Fort Griswold, home to another museum and a lookout tower. 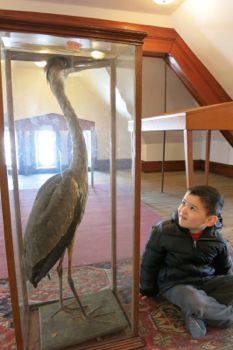 Like I said, this place is chockfull of CTMQ goodness.

But we came here essentially for one thing… The Mysterious Mummy’s Hand! 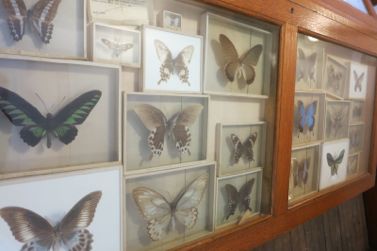 First, let’s learn a little bit about the library itself.

Frederic Bill was born in Groton and taught for a while and then traveled. Then he entered into a publishing venture with his brother, dealt with the Civil War, then went into business engaging in the importation and manufacture of linen goods in the firm of Tracy & Bill in New York City. He purchased the interest of his partner in 1870 and three years later sold the entire business and retired from commercial life. 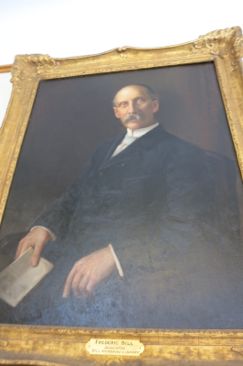 Seems to me like he led a pretty interesting life. At that point, he decided he wanted to open a library and set about making it happen.

He personally selected 1,700 books on his own. His aim in the selection of these books, according to his writings, was that “in the volumes collected there may be found that which will tend to stimulate a high ambition, strengthen good resolve, cultivate the taste an afford pleasure to all who may read them.” 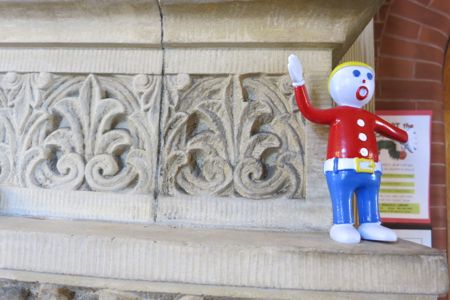 During the next year, Mr. Bill had plans drawn up for a new library, choosing for it a site upon the summit of Groton Heights overlooking the Thames River. The original library building was constructed of local Stony Creek granite, trimmed with Maynard freestone, and finished with a red slate roof. It was dedicated on June 18, 1890. Mr. Bill’s first wife, Lucy F. Denison Bill, died April 2, 1894 but he married Julia Avery, the first librarian of the Bill Memorial Library.

Now it gets good. 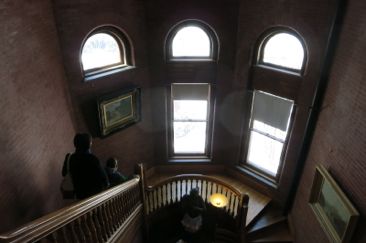 In 1907, extensive additions to the building were made by Mr. Bill for the purpose of enlarging the main reading room and providing space for a natural history museum. At this time a collection of birds was added to a collection of butterflies and paintings. 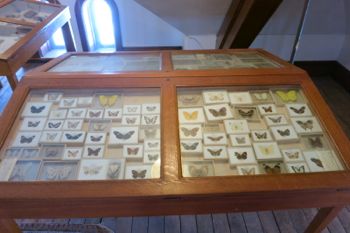 I’m guessing most library patrons are locals, because when we entered a worker immediately appeared and asked, “Can I help you?” She knew we were out-of-towners, apparently.

“Yes, you can actually. We’re here hoping to see the… Mysterious Monkey Paw!”

“You mean… The Mysterious Mummy Hand?”

She led us past the roped off spiral staircase up to a locked door. I was giddy – these are the museums I love. Super small, super unknown, super… Mysterious!

She opened the door for us and basically said, “turn off the light and shut the door when you’re done.” 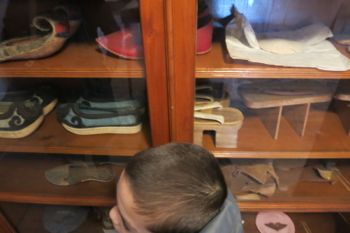 The museum here encompasses about 100 square feet of dormer space. That’s it; that’s all. One can “explore” the entire museum in just a few minutes.

There are six display cases and four of them contain various butterflies. They are lovely butterflies, and they are well-preserved, but there are no explanatory notes for any of them. So we just looked at a bunch of pretty butterflies.

Then there’s a ratty-looking great blue heron in the center of the space. And a walrus head on the wall. 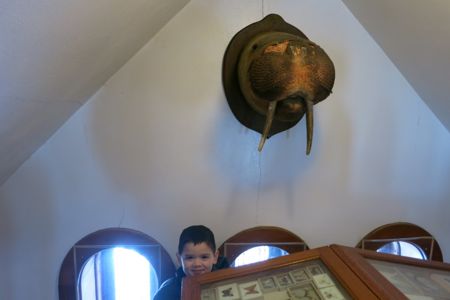 And musk ox horns as well.

Oh, and let’s not forget the random collection of shoes along the entry wall. Hoang claimed to see some “geisha shoes,” but I have no idea how accurate that claim was…

For I was too busy looking for the… Mysterious Mummy Hand! 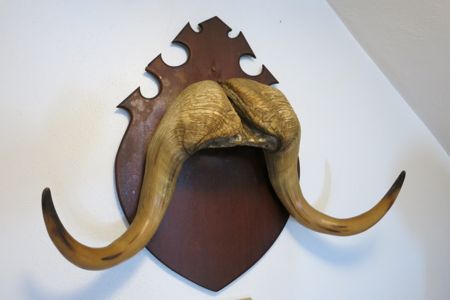 Let’s turn to the Bill’s website for their entire explanation of the museum: “You can still visit the original museum upstairs, which includes butterflies from around the world, ancient artifacts, and….THE MYSTERIOUS MUMMY’S HAND!!!”

Hm. That’s not much help. I know that back in the day these wealthy educated types liked to put together little natural history museums. There are several similar ones around the state. Joseph Steward’s Museum of Curiosities in Hartford’s Old State House springs first to mind, but there are other, lesser-known ones like the C.H. Pease Museum of Natural History in North Canaan The latter one is housed in a dormer space of a small town library.

Back to the Bill, there is another display case full of random artifacts like nautilus shells and desiccated sea stars. But then…

There it was! The Mysterious Mummy’s Hand! 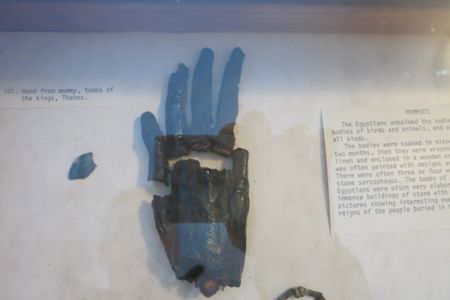 Honestly, it looks just like the Monkey Paw found at the aforementioned Steward Museum of Curiosities in Hartford. It’s jet black and crumbling. The attendant sign says, “Hand from mummy, tombs of the kings, Thebes.”

At least there was a little explanation of what mummies were. (And the pitch explains the blackness.) 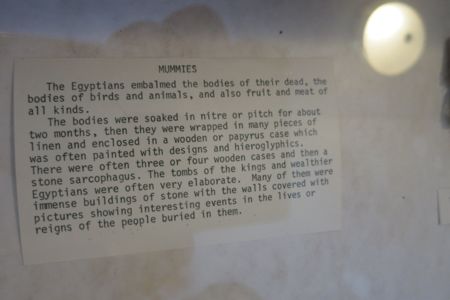 And then there were some Egyptian necklaces here as well.

Let’s go get some lunch already.