CTMQ > Everything Else > Cultural, Heritage, & Historic Trails > 3. Middletown and the Connecticut River

Ah, now we’re getting somewhere. Pretending I did this trail in order, I’ll say… “Leaving Main Street behind, I walked down Court Street to City Hall to the Heritage Trail’s third station.” It’s a somewhat awkward placement, on the manicured lawn of City Hall across the street from the court house. 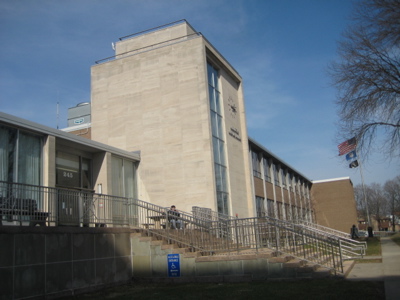 As with all colonial cities, the local river was the reason the city formed, and the lifeline to that city’s success. Middletown was no different of course. During the 1700’s, to look out onto the river from the little rise I was standing on would have filled my eyes with the masts of ships as far as I could see.

The port here was hugely successful during the whole 18th century. Trade relations were solidified with the West Indies and even Europe. In fact, the port was so successful that Middletown was the most populous town in the state in 1800. That fact sort of surprised me.

More random facts from the sign: The Air Line Swingbridge (below), opened in 1872, was the first bridge to span the Connecticut River in the state. And it still stands today! The horrific Arrigoni Bridge, built in 1938, is still the one bridge from Middletown across the River. As anyone who must drive it knows, there are accidents all too frequently on it, due to its antiquated design. 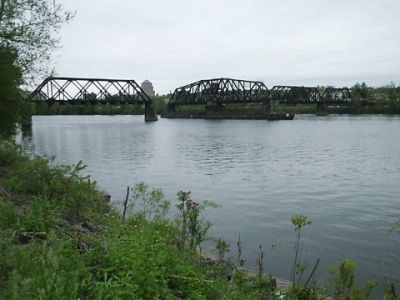 As the need for shipping via water waned, so too did Middletown. The final nail in the coffin came when Route 9 was built separating the city from the river. Of course, Route 9 is still a highway with traffic lights in the middle of it. Which is terrible.