Jury Duty. The bane of everyone’s proud duty of all American citizens. After decades of apparent invisibility, I’m now getting called every three years… or whatever the minimum time period in between each is. At least now I know I can show up an hour late and be fine. 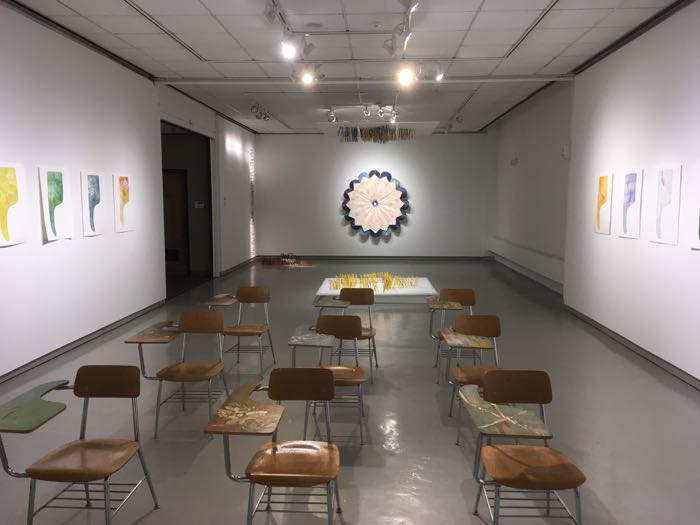 After getting shuffled off into some group in some room, I sat and waited while every other person in my group was voir dire’d about some case. Lunch was called before they spoke with me, proud American jury dutyster that I am. 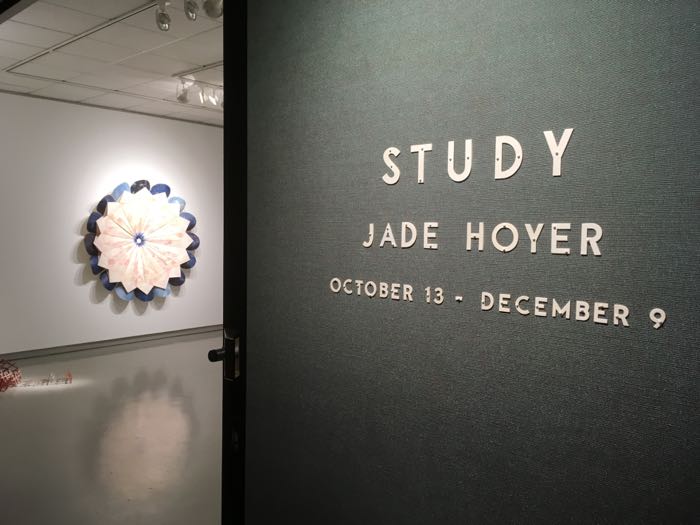 After lunch, I was dismissed with the other two stragglers. Thanks again, court system! I was a bit miffed that they took lunch and then dismissed us all. Ridiculous. To calm my nerves, I scooted over to the beautiful Trinity College campus to take in some art. (Isn’t that what everyone does?) 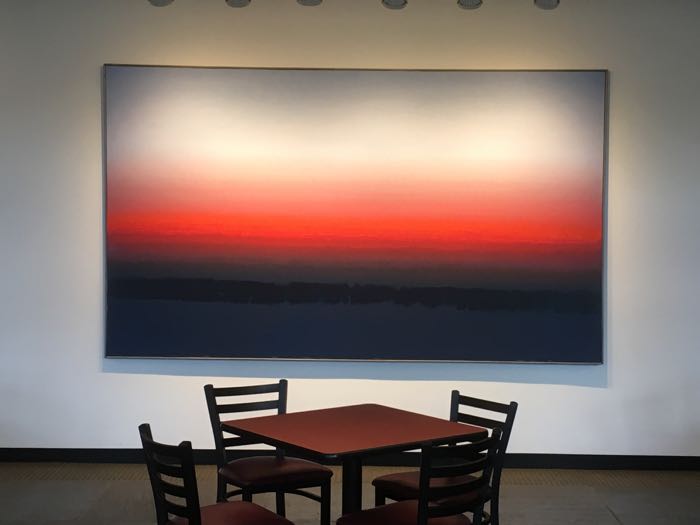 I really do love much of Trinity’s campus, including this little area above just outside of the Widener Gallery. People who can’t appreciate paintings like the above confuse me. I love it.

I found my way to the Austin Arts Center and then to the Widener Gallery within. Now, like all colleges and universities, there are other museum-quality and/or CTMQ-worthy sites around campus here at Trinity. I only had time for the Widener, so that’s what we’ll stick with here. 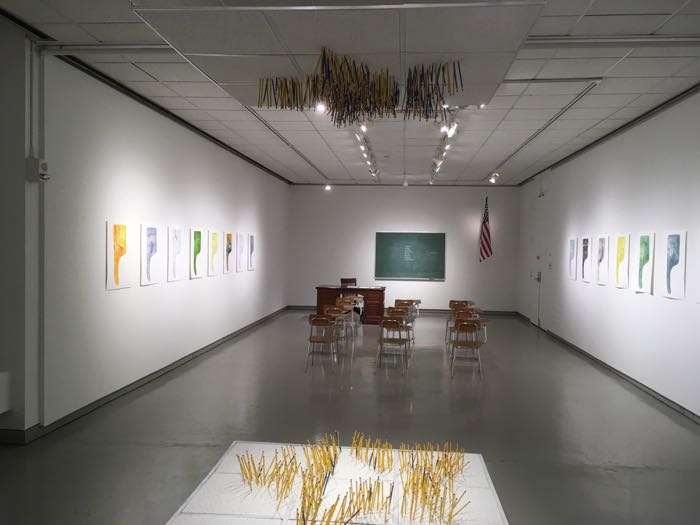 The Widener Gallery has several exhibits per year, and the Austin Arts Center in which it is located constantly has things going on. I strongly suggest you check out their calendar to find something you’d be interested in.

The exhibition was an installation by artist Jade Hoyer, Trinity’s current Ann Plato Scholar. That’s not just an art thing; it’s a fellowship for anyone in any discipline in any department. So it’s kind of a big thing! Good job, artist Jade Hoyer! The Ann Plato Scholar’s goal is to bring and showcase diversity and that sort of thing. Hartford resident Ann Plato was a 19th-century author and teacher who was of African American and Native American descent. Ms. Hoyer is a Filipino-American. 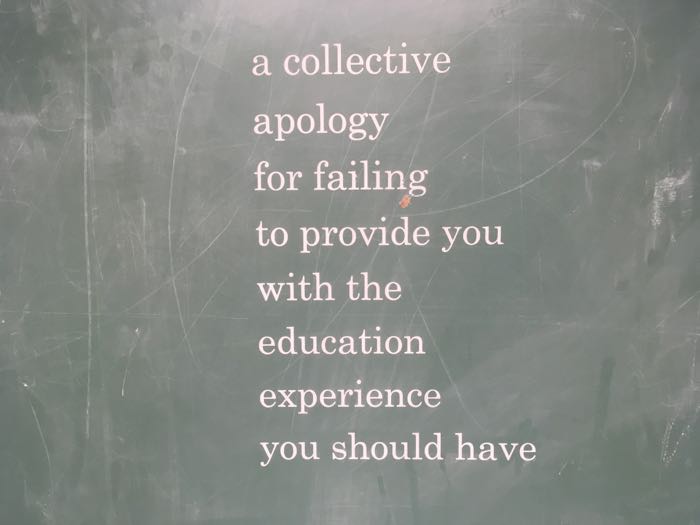 Hoyer’s installation was called “study” and I was impressed. I hadn’t expected to linger so long at the Widener, but as a credit to the work, I did. The whole idea here is an examination of the socioeconomic inequality in secondary education… in Minnesota. But of course it all applies to Connecticut, especially as it pertains to our cities vs. our towns.

Hoyer can explain much better than I can…

Influenced by a professional career promoting access to higher education and my own background as a biracial Filipina-American, my work broadly addresses social issues. Using a combination of media combination with media including printmaking, installation, and social practice, I examine social systems concerning race, privilege, and intersectionality. By utilizing the visual language associated with order, such as charts, color-coding, and symbols, I refer to and question greater social systems. Art is both my means of making sense of the world, and my means to change it.

The installation, study, addresses socioeconomic inequality in American secondary education through reimagining a classroom space. The works shown utilize data from the National Center for Education Statistics and the Minnesota Department of Education. 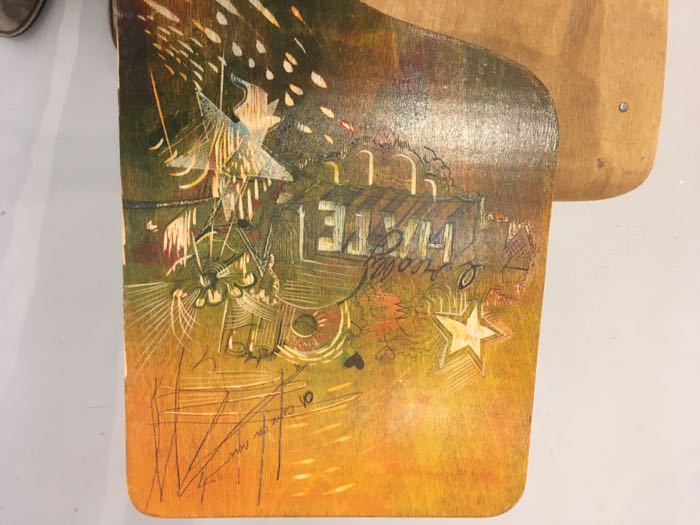 Yeah, see. Data! Data visualization! Art! Cool lighting! Socioeconomic inequality as it pertains to educational opportunities in America! These are things I talk way to much about to my friends. (Not joking, by the way.) 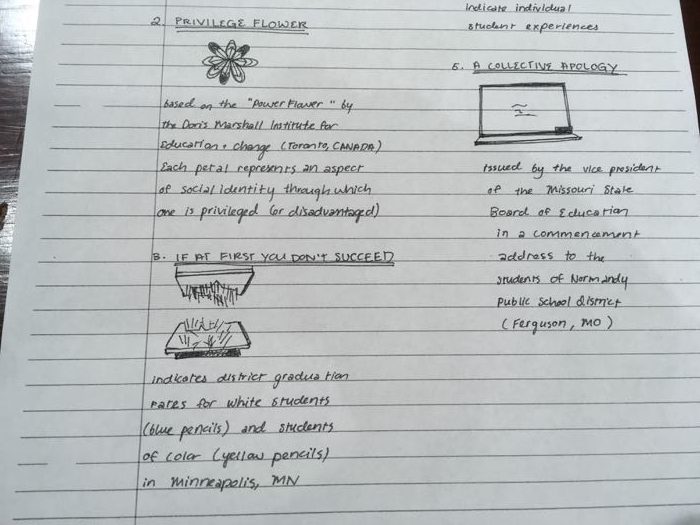 Hoyer cleverly presented data and impactful statements in a way that, yes, evoked a 2nd grader’s classroom. Desks were painted, pencils stuck into the ceiling, chalkboard chalked… it’s a weird thing though, right? I was at Trinity; a very expensive liberal arts college, that counts Tucker Carlson as an alum (David Chang too!), plopped into a section of Hartford that has seen better days… what I’m saying is, like many long-lived colleges and universities in cities, the socioeconomic divide between campus and its environs is almost always as stark as it can get in America. 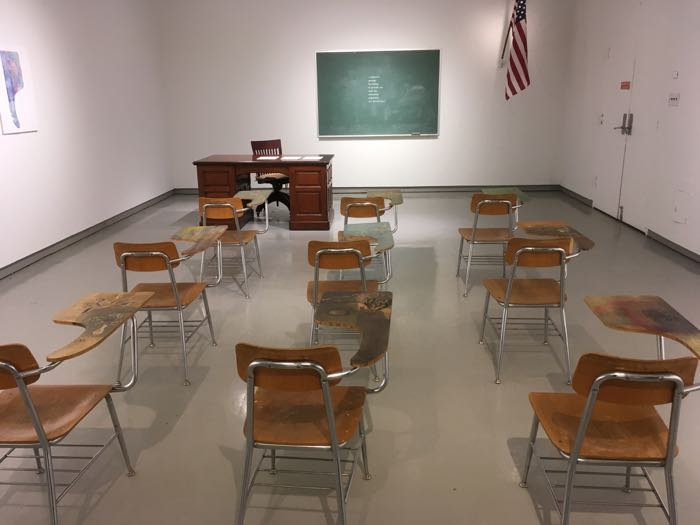 It was interesting taking in an art installation taking on that divide. Which, really, is what America is, right? Freedom of expression, educational opportunities, economic division…

And complaining about jury duty. 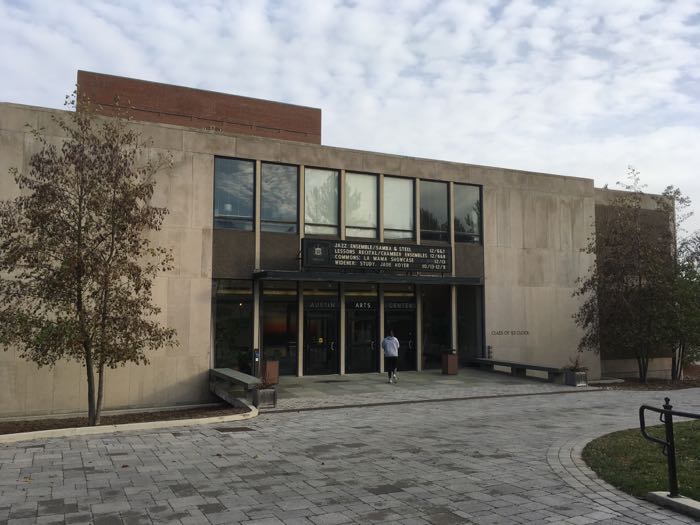