This is not a hike. It’s barely a stroll. But here we are… writing and reading about it. Hey, if the excellent Avalonia Land Conservancy feels this place is worthy of preservation, and has written about it, then that’s good enough for me.

I happened upon this property by finishing up at the R.W. Woolworth Library and Research Center and walking across the parking lot to my car and doing that thing that I do whereupon I look around and see things others might not see. 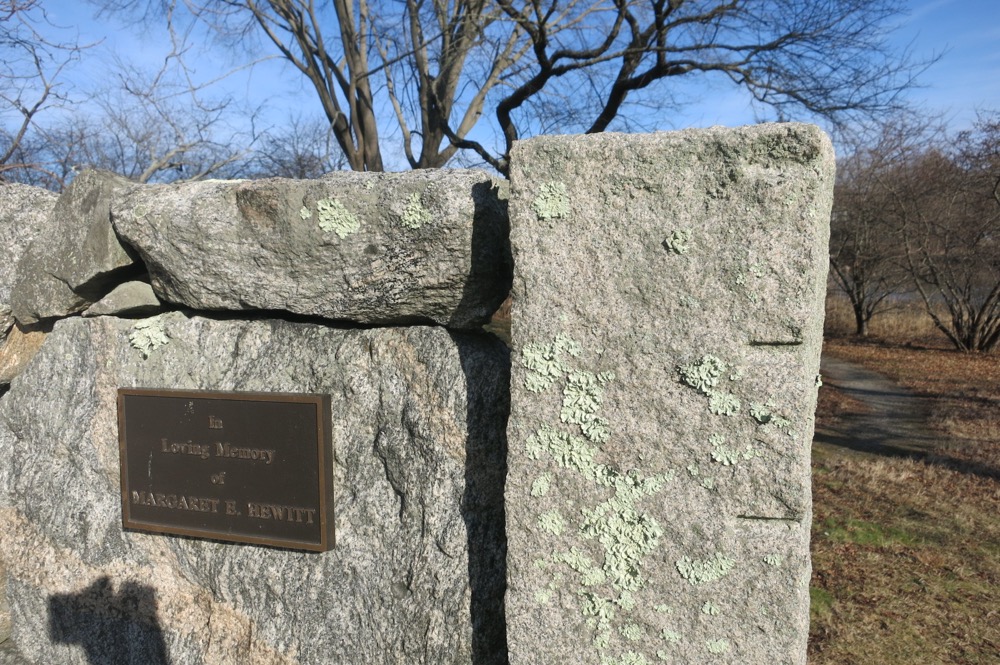 Okay, that’s not true. My vision is deteriorating with age and I don’t see anything others don’t. But what I do do is I make the effort to poke around perhaps more than the next guy. “Oh, hey,” I thought, “this is an ALC property. C’mon, Damian, let’s go look at it.”

Located on the corner of North Main Street and Palmer Street, this small reserve offers open views of Quanaduck Cove. Enter through a small, white gate in the stone wall. This opens up to a lovely, almost garden-like area featuring a small grass and flower meadow with an easy, mowed walking path around the boundary. Total distance of the walking area is approximately 0.06 miles with no significant elevation change. Highlights include historic stone walls, mature specimen plantings and a bench overlooking the scenic cove for wildlife watching or relaxing. 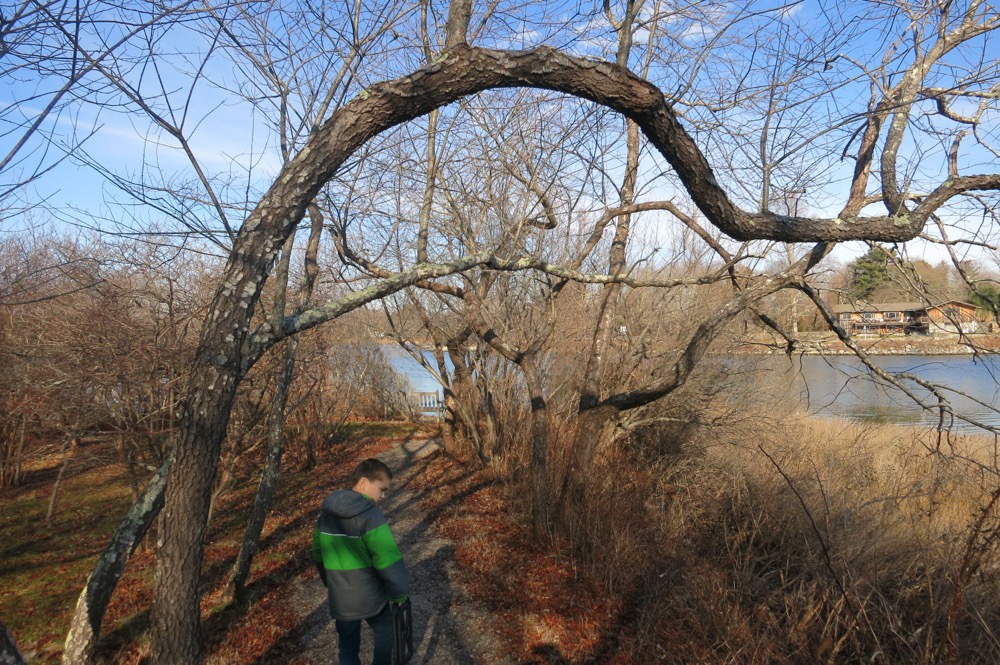 Thanks, ALC, for letting us know that there’s “no significant elevation change” in 0.06 miles along a cove in the middle of Stonington. I love thoroughness and accuracy!

That’s right, it’s right off of Water Street and North Main Street. And it’s cool that it has been preserved. The southwestern side of the cove where the library lot is isn’t the preserve proper. But you can access it from there and simply walk inside the stone wall along Palmer Street to the preserve. It looks exactly the same from either side, but let’s take a second to look at the Google Streetview of this area. It’s just so… so Stonington. 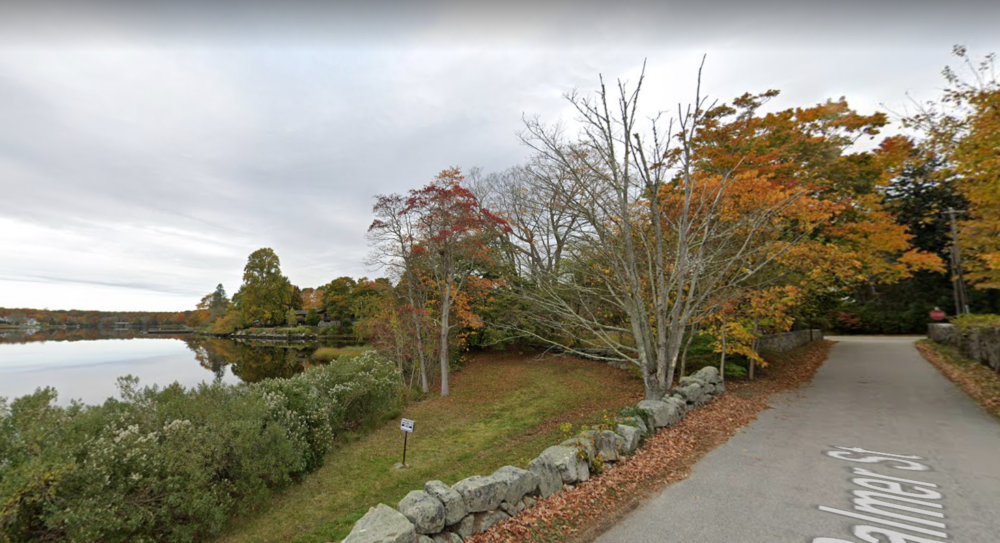 What you see on the left there is the entire preserve. Apparently, this used to a be a burial ground, the final resting place for numerous railroad workers who labored on the first interstate rail road from Providence to Stonington.

That’s not true, as it was not their “final” resting place. Let’s check out some old timey NIMBYism:

The property changed hands over the decades, and in early 1900’s it was purchased by Elizabeth Eagle Simmons. She, however, was not happy to own and reside near a cemetery so she “prevailed upon her husband, Charles Herbert Simmons to purchase the deeds to all the cemetery plots from the families of the deceased”, and in 1906, he purchased land from Stonington Cemetery Association to relocate all the remains with permissions from the families. By 1922 the process was completed. 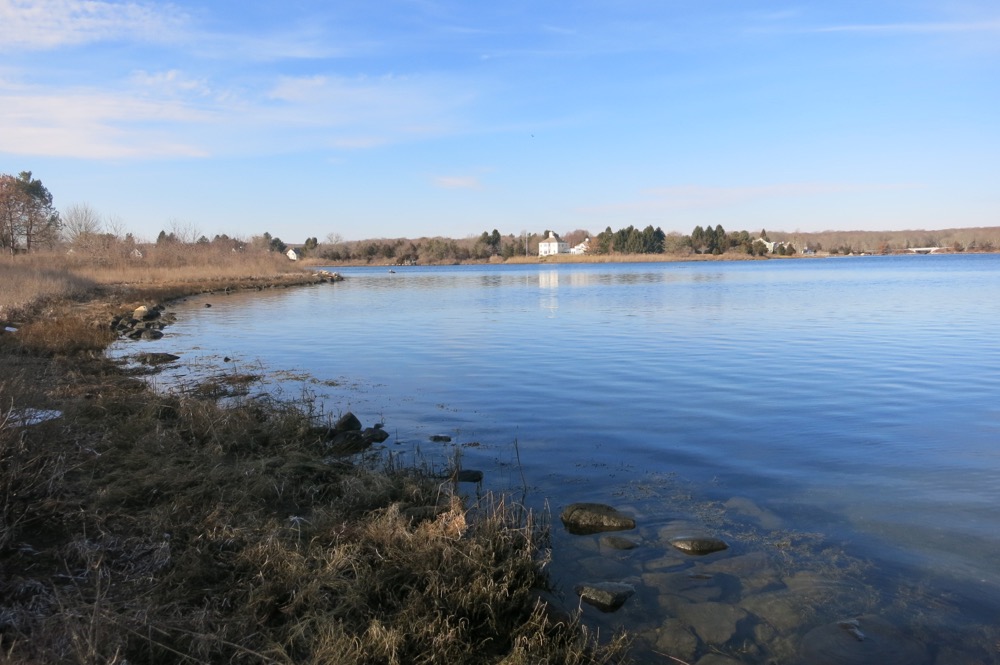 In 1986 the Simmons family donated the parcel to the organization that became the Avalonia Land Conservancy. The Simmons family still lives right here. That would be Rob Simmons, Republican former US Representative, among other offices held.

Simmons is an Avalonia member and remains a steward of the property. He arranged to have the gates replaced with exact replicas of the originals his father first installed. He may have lost his bid to be one of Connecticut’s US Senators in 2010, but he’s a winner with regards to tiny land trust preserves. 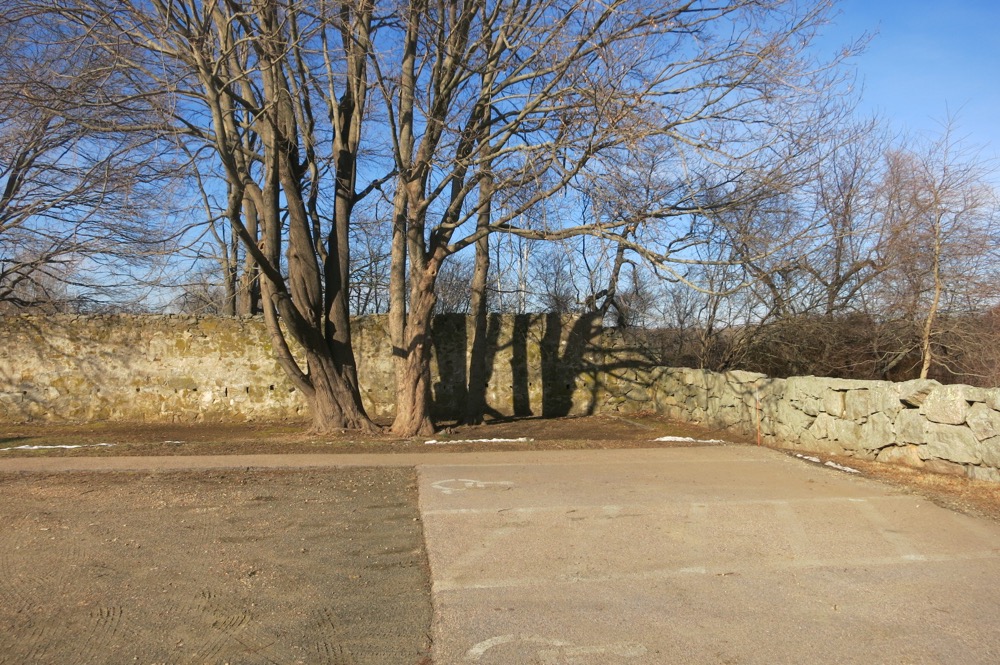