I remember learning about the existence of the Bethany Arrow several years ago and thinking, “Hm. That’s cool.” 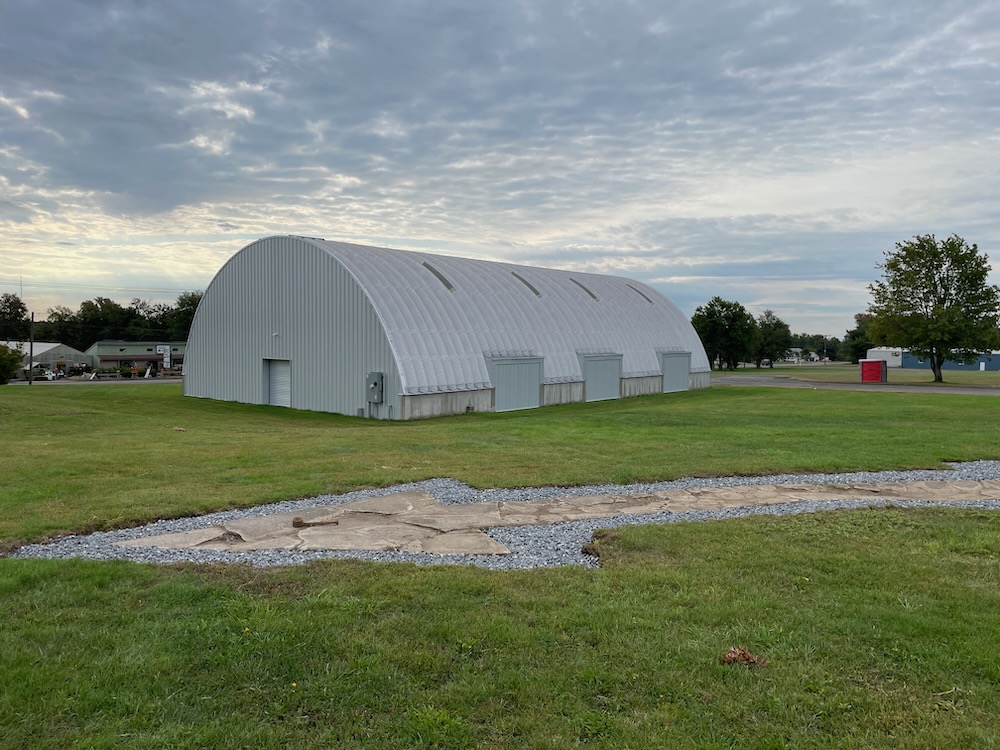 So we drove around the former airport in search of the arrow – I only knew of its existence, not its exact location. To save the rest of you the wasted minute or two, you drive up the driveway, go towards the restored hangar, and it’s right there next to that. It’s large and you can’t really miss it.

You can, however, wonder why the heck there’s centnury-old giant concrete arrow on the ground here… and ask yourself why this seems to be the only one still in existence in Connecticut. (There are many more around the country.) The tail points towards New York, the tip towards Hartford.

Yes, scattered across the United States is a network of these concrete arrows. They are often found in remote locations or areas difficult to access. Some were accompanied by a small shack, a few had (and out west, many still have) a metal tower affixed to their base. The shape and direction of the arrows vary, but it is clear they served the same purpose: to help early pilots navigate U.S. transcontinental flights. 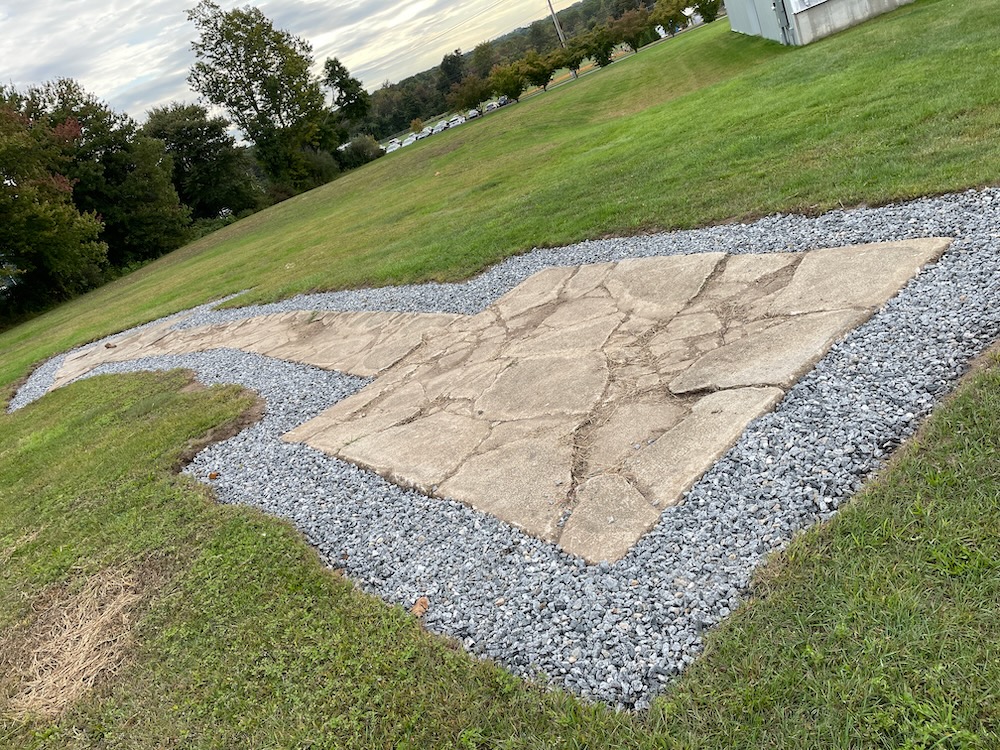 In an era before radar, pilots used ground-based landmarks for guidance. The bright yellow arrows worked for flight during the day, but grounded pilots at night. And airmail didn’t want to be shut down for darkness, so the system was improved with beacons. There were roughly 1,500 of these things across the country, about 4 miles apart. The first towers contained acetylene-gas powered lights which were fed by fuel stored in a shed at the base. At the top of the towers, a rotating beacon with 5,000 candlepower and would flash every ten seconds, lighting up those 70-foot long yellow concrete arrows.

And just when several pathways of beacons, towers, and arrows were complete, someone invented radar and improved radio communication, making the whole system obsolete overnight.

But it was enormously successful, albeit short-lived. Most towers and arrows were abandoned and destroyed by nature, developers, and worried officials during WWII who thought they could be exploited by the attacking enemy. Still, hundreds of the arrows remain. But today they lack the bright yellow paint, and the cracks in the concrete worsen with each winter freeze.

Bethany Field, later known as Bethany Airport, was opened in 1923. It was one of the first airports in New England. It was closed in 1965 and was purchased by the town. It almost became an industrial park, but that never happened and is now open for passive recreation – a nice little trail network has been cleared and blazed in the wooded part of the property.

The hangar has been restored and in 2016, the completely covered airmail arrow was rediscovered. All the dirt and grass was removed, stone was laid around it, and the arrow is now more or less protected by the whole airport site getting official historic status.

It’s just cool. Don’t take that from me… if my 11-year-old thinks it’s cool, I guess it really is cool. 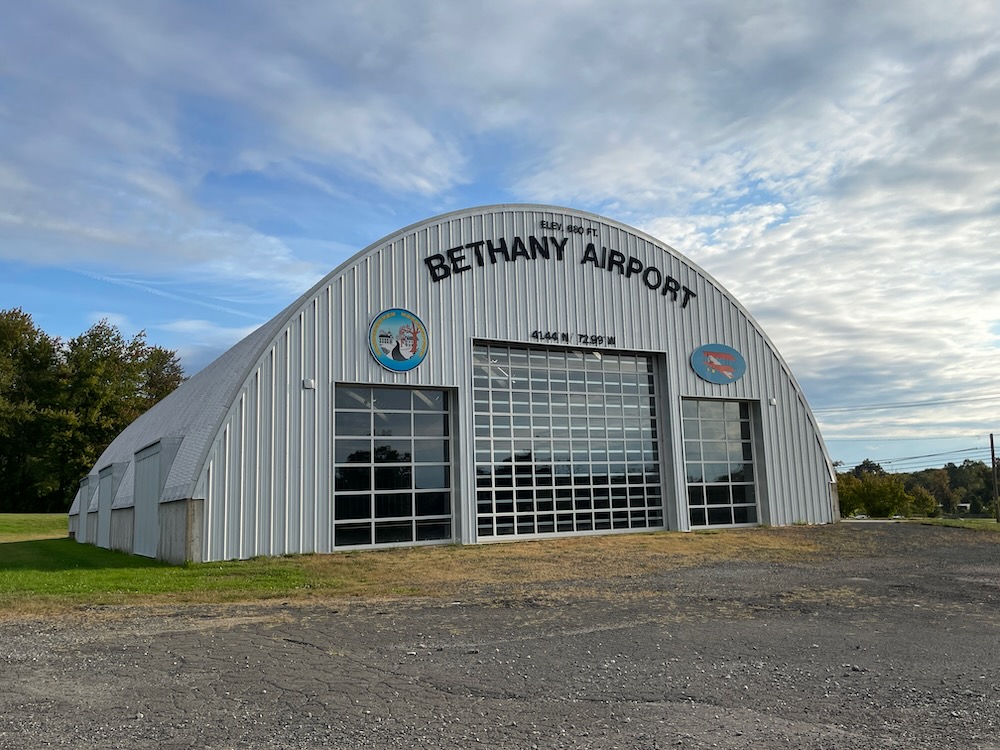