I had planned for this “hike” to be the first “hike” for my two-year-old. As a father, I often daydream about hiking with my sons much like 60’s television had us believing that all dads wanted to play baseball with their kids. 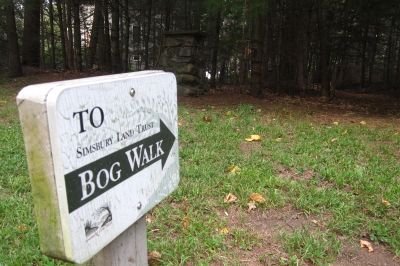 This dream was deferred for me because my first son has such little interest in hiking and the outdoors due to his special needs, and, well, he wasn’t walking until 26 months anyway.

So my second son, who shows far more interest in the outdoors, has a lot of miles ahead of him. I picked this short, flat surprising little hike for him to get going. Alas, we spent too much time chit-chatting at BJ’s and took too long at lunch and then ran into some neighbor friends for another 30 minutes.

I still wanted to get out to the Bog Walk during the boys’ naps, so I took off. (I bought Hoang some mums too, so everybody won.) Why am I prefacing this little walk with all this? As a precursor to our actual first hike at another SLT property the next day – which you can read about here. 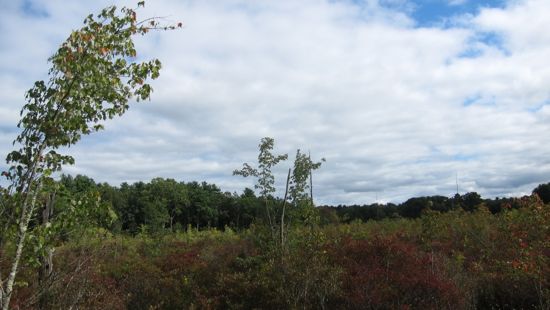 I love the drive out to north and western parts of Simsbury. I love how even the “major” roads out there seem remote. Simsbury always just seems so clean to me for some reason. As I wound my way over to the trailhead, my memory jumped back several years. I knew I’d been here before on this dead-end street of beautiful large homes – and I had. Just 100 yards from the Bog Walk trailhead is the Cathles Trail.

I loved this trail. It would have been perfect for my little guy… it’s totally flat, save the 20 feet down to the bog itself, wide and safe. And it has the cool bog boardwalk payoff at the end. 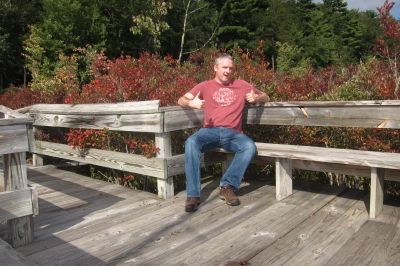 The 39-acre Bog property is the only sizeable bog found in Simsbury. Although a common habitat in parts of northern New England and Canada, bogs are much less common in Connecticut than the marshes or shrub swamps found throughout southern New England.

The bog was formed relatively recently when, in the 1970s, the construction of Lenora Drive blocked a drainage outlet, raising the water table. Unlike a swamp that has flowing water, a bog is often fed only by rainwater or groundwater and has no inlet or outlet. As the water in the bog is stagnant, nutrient-poor and acidic, only specially adapted plants can grow there. Visitors to the bog will find leatherleaf, sheep laurel, highbush blueberry, swamp azalea, bog laurel, Labrador tea, and various sedges as well as a thick floating mat of sphagnum moss. 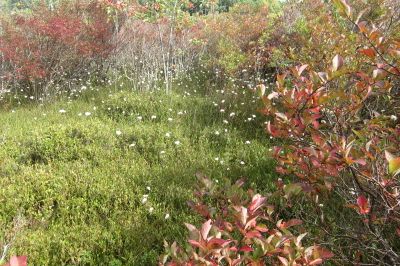 Few animals live in the bog, although many pass through it in search of food or shelter. Because of the acidic water, fish are usually absent. As fish are significant predators of dragonfly larvae, bogs are good dragonfly breeding sites and one of the the best places to find dragonflies. Permanent residents of the bog may include insect-eating birds, garter snakes, frogs and turtles. The bog can also provide important habitat for deer, black bear, beaver, bobcat, and fishers.

The Simsbury Land Trust’s Bog is bordered on its northern edge by an esker. An esker is a mound of sand and gravel, an ancient riverbed that is thought to have formed on, in or under a glacier. The presence of this esker affects the flow of water in this area and has helped to create the red maple swamp to the north of the esker and the bog to the south.

An elevated walkway and observation deck constructed by Simsbury Land Trust volunteers affords visitors an opportunity to enter the bog and appreciate the geology, plants and animals of this unique wildlife habitat.

And that’s pretty much that to be honest with you. The trail follows the top of the esker for a while before the side trail heads down to the bog. There are lots of informational signs along the way (especially at the bog). 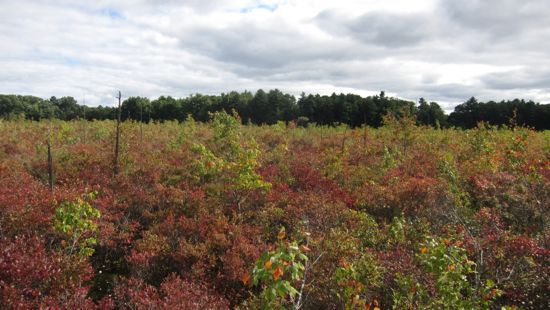 The nearby Cathles Trail is probably more exciting with its fancy waterfalls and ridgeline views. But to me, for some reason, I love a good bog… even if it’s somewhat artificially made via development in the 1970’s.