Breaking Away From All Accepted Norms of the Brewing Industry
Breakaway Brew Haus, Bolton
Mid-2017

In 2021, BBH announced they are moving to an actual commercial space nearby. But nothing has happened in two years, so I’m calling them closed.)

I am writing this in late October 2017. At this moment, there are 55 operational breweries in Connecticut. Our little state now has pretty much every conceivable brewery model one can think of… from farm brewery to massive internationally distributed brewery to darling boutique brewery… to a dude in his garage brewery. 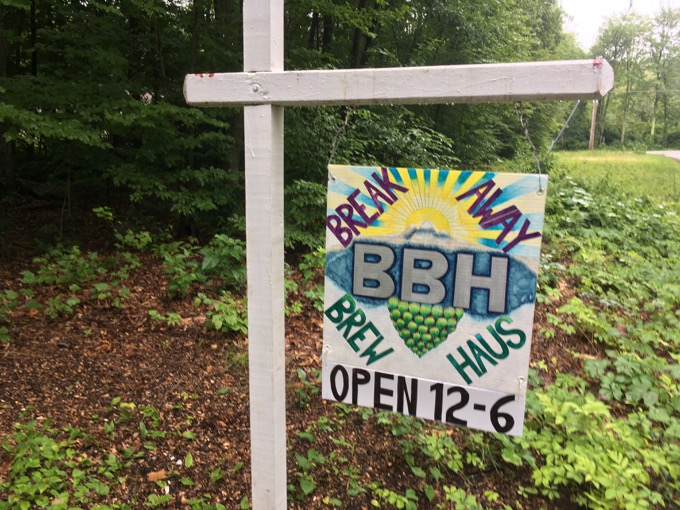 No one quite understands this brewery. Those who have even heard of BBH have questioned not only its legality, but its mere existence. As again, it really is just a guy, Matt Soucy, in his garage.

Like so many other guys in garages across this great land, Soucy brews up tiny batches of beer. The difference here is that BBH sells their beer whereas your homebrewer friends give it away. 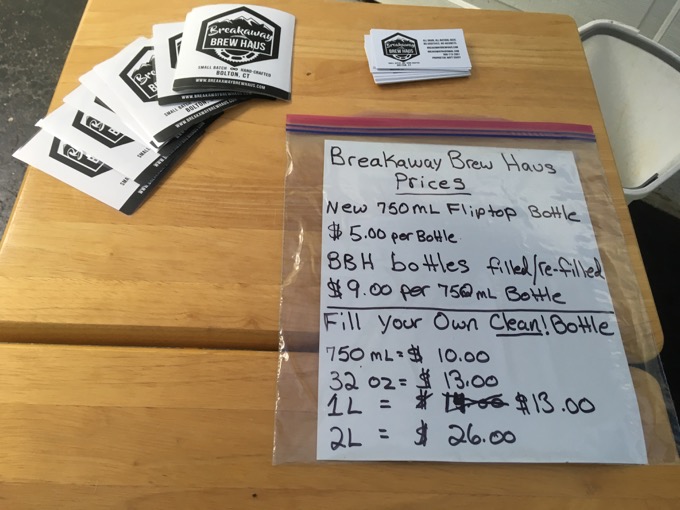 Not the cheapest of options

I poked around the liquor laws several months ago when I first heard about this operation. For what it’s worth, of course the town of Bolton is fully aware of the business and has approved everything that needed to be approved. One must assume that the state of Connecticut has as well. I’ve had several people tell me that the BBH model breaks some federal laws somehow, but I can’t imagine that’s true.

This Journal-Inquirer article states: “Soucy’s been working for almost a year to attain all of the necessary local, state and federal licenses, and has trademarked his brewery and its three flagship beers.” Good enough for me. 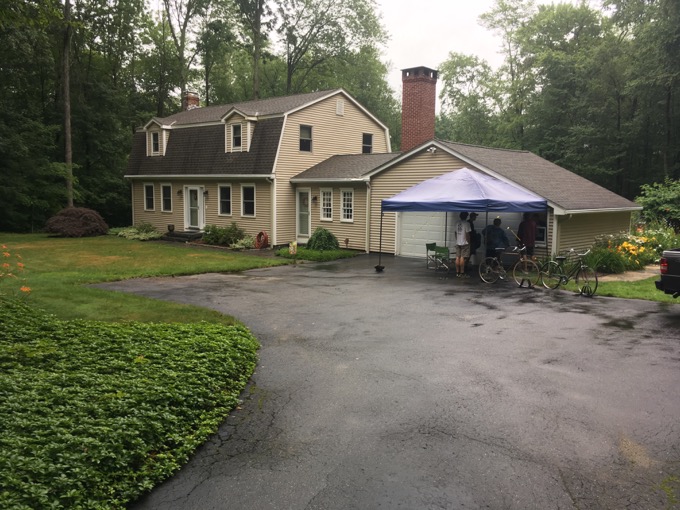 This is the brewery and taproom

Yes, the “Brew Haus” is located in the garage of a house on a leafy suburban street in Bolton, not far off of Route 6. The garage is attached to the house, but it is “separated” enough from it to operate as a licensed brewery. In a way, the whole thing is sort of brilliant.

Our hand made all-grain Ales, Pilsners, Lagers, Stouts and Porters are from choice ingredients. Our beer is made the old-fashioned way with natural, fresh ingredients, consisting of our well Water, Malted Grain, Hops and Yeast with no adjuncts or sugar. 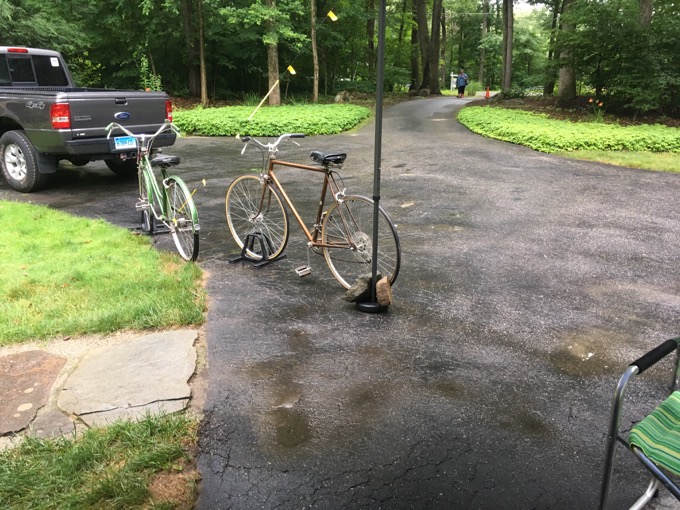 This is the parking lot

Until late October 2017, I think they’ve only had IPA’s (of the NE variety, of course) and stouts available. (Their stouts, though, often have coffee, honey, and/or cocoa nibs so the Haus isn’t entirely Reinheitsgebot. And I’m fairly certain the Germans would be puzzled by their first pilsner: 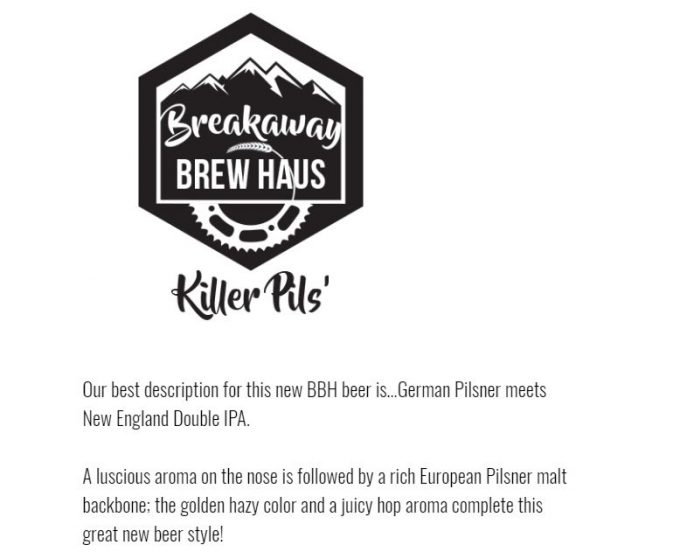 Um. Okay. While I can buy into the business model and defend it, there’s no defending this. That’s just… bananas. Or a mistake.

I see some of you still scratching your heads from before you even read about the pils. Yes, Breakaway Brew Haus really is in Soucy’s garage.. You walk down his driveway to a half-window in said garage and place your order. He walks to the back of his garage and fills it. Slooooooowly. You admire his landscaping while you wait. It is as weird as you think it is. 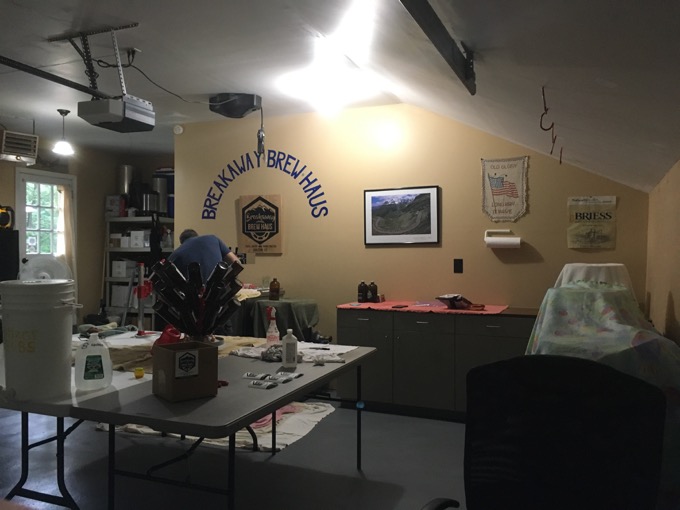 Beware of the garage door opener

This blog will make it much clearer to you than my low quality photos. Click on that link! Stop questioning if this place is real. It’s totally real. I swear.

Of course, BBH plans (hopes?) to expand and grow and move into a building that is not literally the dude’s garage. Time will tell… In the first couple of years anyway, BBH’s retail hours were scant at best; Friday afternoons and some Saturday mornings when that week’s homebrew commercial beer didn’t sell out the day prior. 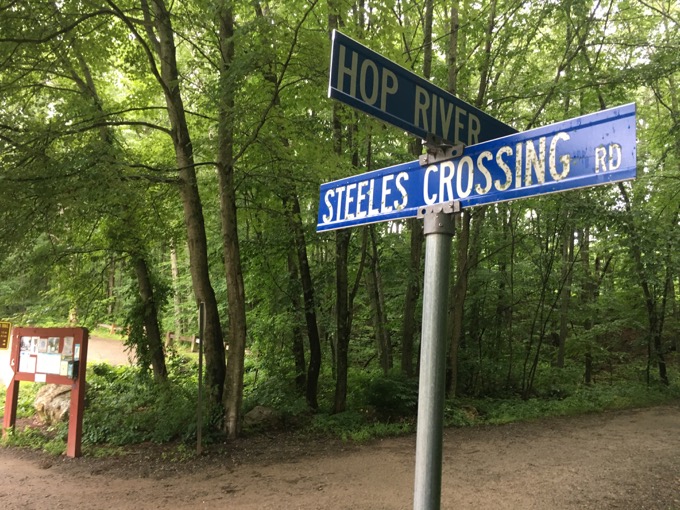 Note: In 2017, BBH often sells out on Friday’s. So that’s a nice “in your face” to all those who don’t think this model works. My brief interaction with Matt Soucy (stop calling him “that guy in his garage”) was pleasant. I think he’s used to the same faces at his little garage window lookout though, so I felt somewhat special.

Case in point: he knew the other 3 people waiting in line with me and all appeared to live in the neighborhood. 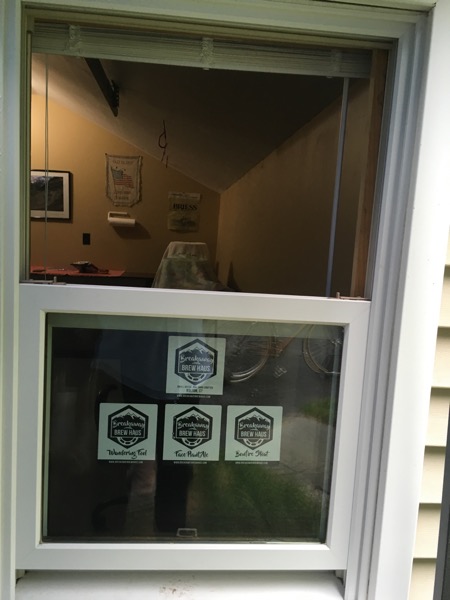 I used to race bicycles competitively for years. Even joined in a few breakaways from time to time. I like the theme. I like the gumption. I like that they finally put together a little website after a year or so. I like that Breakaway Brew Haus is referred to as “that garage brewery.” (Honestly, if BBH ever moves out of its mom’s basement the garage, they really should rebrand as “That Garage Brewery.” 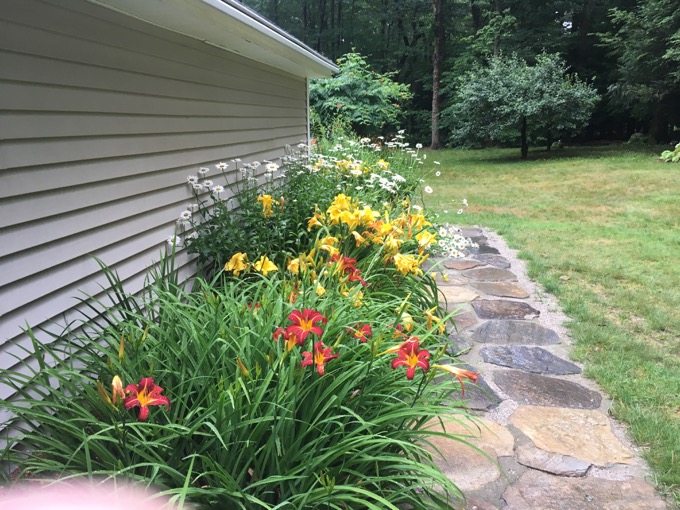 This place has no overhead. Like, none. It sells out (tiny amount, but still) weekly. It’s close enough to the Hop River Trail to bring in cycling customers now and then. The beers I’ve had were… good enough. That pilsner mentioned above appears to be a bit of misstep in my opinion, but what do I know.

It’s almost 2018 and the CT Brewery World is bonkers. Shout out to BBH for making it even more so.