Not Worth the Battle
Bristol (Google Maps location)
June 11, 2016

If you’ve happened to have read my page on the Bristol Sports Hall of Fame, you may remember I hinted at the fact that the wing of the building that the Bristol Historical Society Museum inhabits elsewhere was dark and effectively closed. I was able to turn on a light in the Hall of Fame… and I was also able to write a coherent – and some say – entertaining page about it.

I cannot promise the same over here at the Bristol Memorial Military Museum. For one, I could not turn on a light. For another, I believe they had just moved into the space, or had just taken stuff out of storage, or were undergoing a big reorganization… something like that.

I believe that because as I tried in vain to poke around, a gentleman appeared and asked me what the heck I thought I was doing. Fair question. 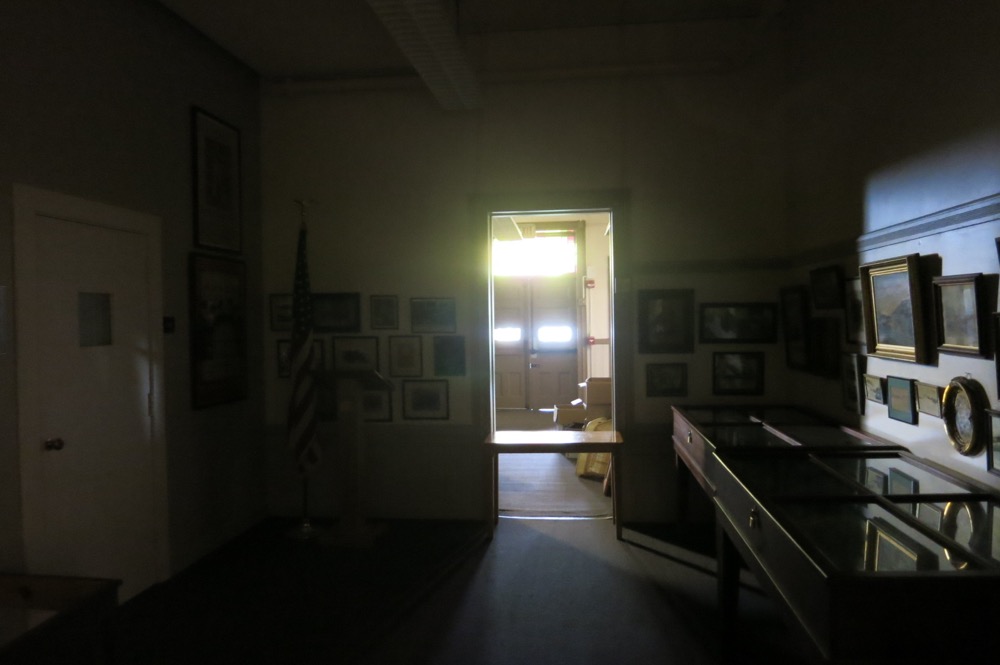 I explained (lied) that a gentleman from the brightly lit and welcoming history museum across the building had told me what a great little museum this was and that I should check it out. So here I was, simply trying to turn on a light to do just that.

My interrogator was undeterred. I don’t recall his exact words, but paraphrasing, they went something like this:

“Get out of here. The museum isn’t open. If you don’t leave immediately I will grab that Civil War era saber and kill you.”

I’m pretty sure that’s what I heard. 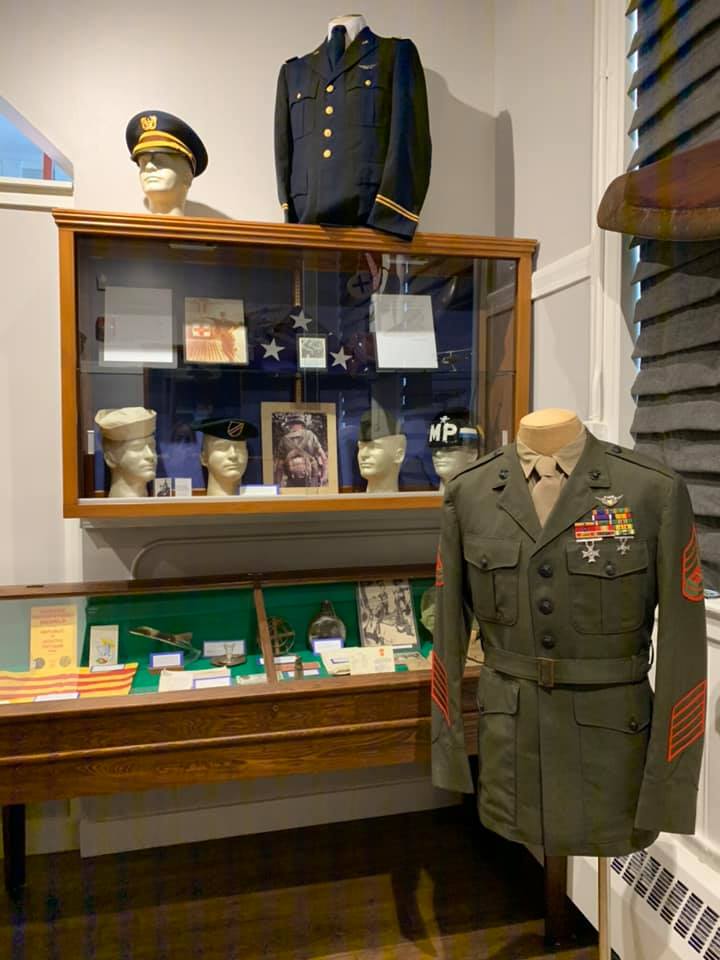 So there you have it – my visit to the wonderful Bristol Military Memorial Museum. I saw some stuff in glass display cases and some uniforms hanging on mannequin bodies. (To be clear, the entire building was open and the doors to the Military Museum were open. I didn’t, like, break locks or anything.)

But really, friends, can’t we just assume what is here? Haven’t we been to enough of these little townie military museums to pretty much know what I’d have seen if I was allowed to turn on the lights? I’m going to do what I do and borrow a few pictures from their Facebook page and call it a day. After all, I did visit the joint, so it gets a checkoff in my book.

The gallery is dedicated to its founder, Jack Donaghy. 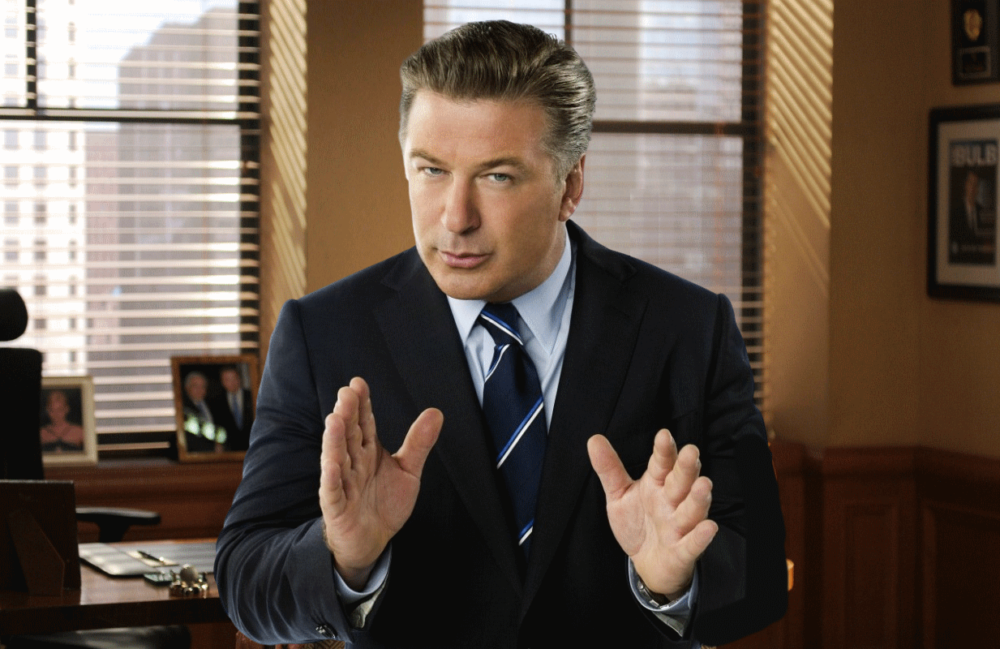 I’m sorry, what’s that? The founder was Jack Denehy, not Donaghy. The Jack Denehy Gallery exhibits, programs, and events continue 43 years of the museum’s mission: To Honor, To Preserve, To Explore Bristol’s Military Heritage. 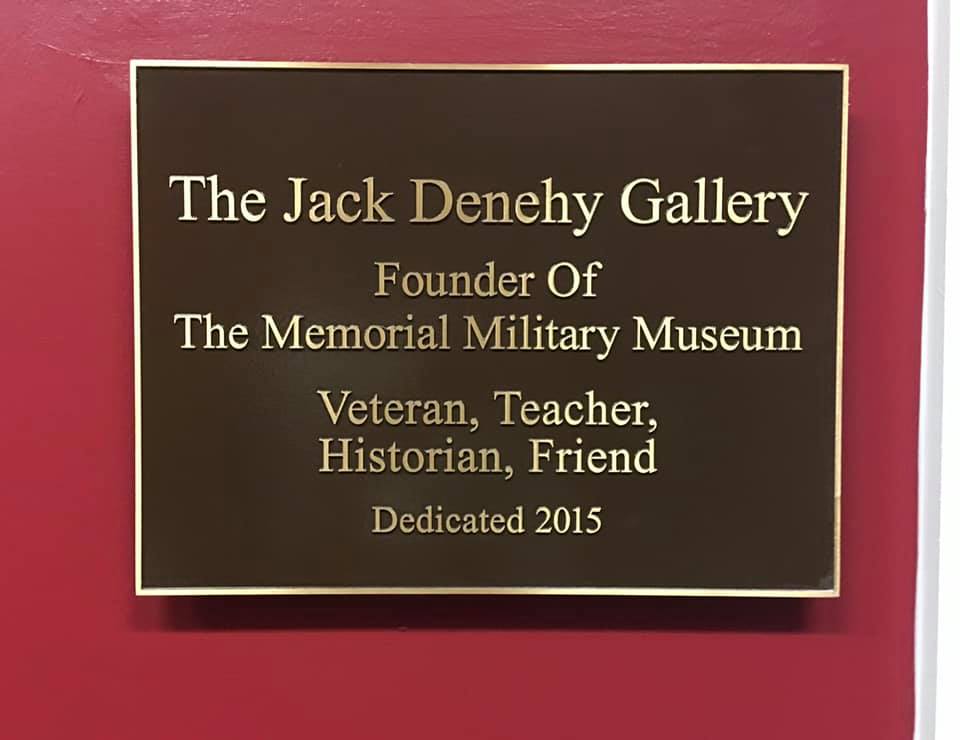 Let’s see what I can find out about this place.

The Memorial Military Museum offers a commemoration of war time life artifacts, including that of the World War I Battle of Seicheprey. The battle was the Baptism of fire for Bristol’s own Company D, 102nd Infantry, 26th “Yankee” Division. Eight Bristol men were killed in action, the largest loss of life in a single battle in the military history of Bristol.

The museum, when open and properly lit, contains pieces of history including uniforms, weapons, letters, photographs and captured German military items. Of special interest is a series of correspondence from Historical Society member Bob Kelly. Kelly’s uncle, William O’Sullivan, was reported as killed in action but actually survived the Battle, a fact which his family was informed of months later. 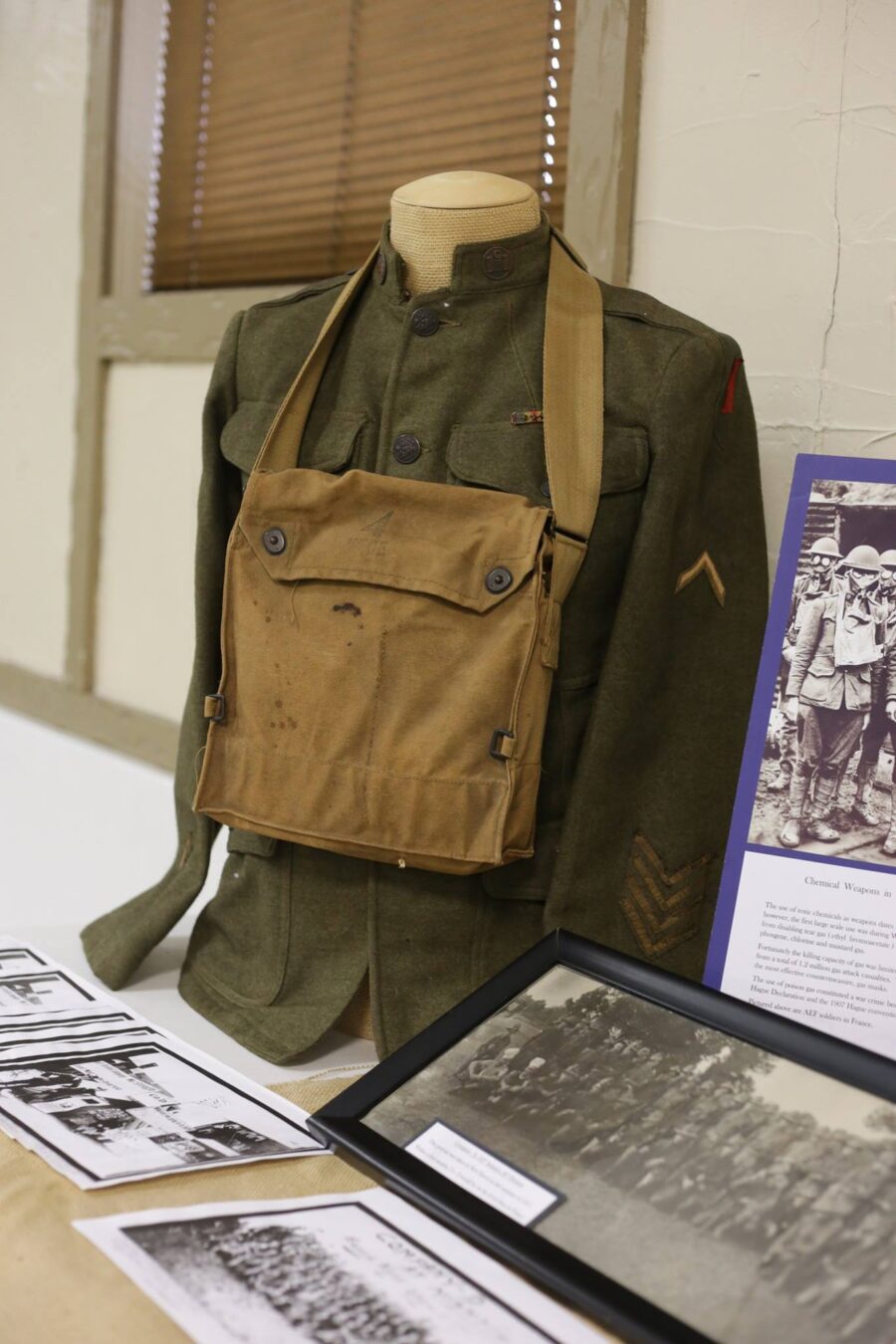 Hm. I wonder if it was Bob Kelly who (actually didn’t) point me to the museum that morning? I’ll never know.

So that was that. My young son Calvin and I left the Military Museum slightly dejected. We wanted more military history in our lives that day. What to do… what to do…

Aha! It just so happened that Bristol was hosting the Vietnam Veterans Memorial Fund traveling museum (of sorts) and their moving “Wall That Heals” – a replica of Maya Lin’s Washington DC landmark. 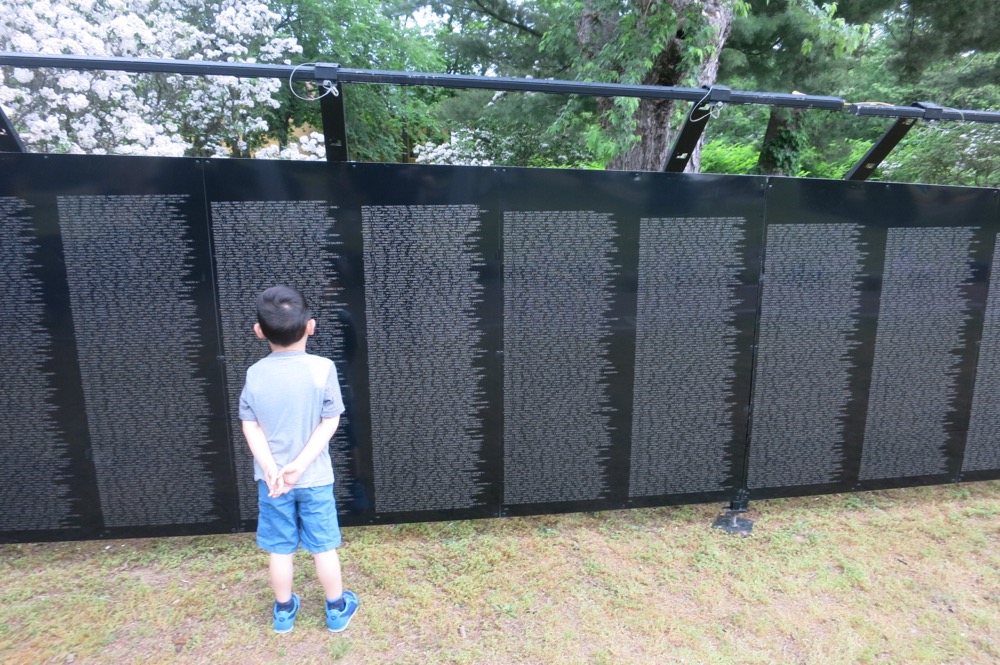 Calvin was five and it was time to tell him a few vague things about war and his family’s participation in one of them. Just the high level stuff; a true “Explain to Me Like I’m Five” moment.

Calvin’s grandfather (my father-in-law) defended his home country of Viet Nam against the communists before and during what we call the Vietnam War. He was a high-ranking officer who is written about in some books about the war’s more important battles like Khe Sanh. He is responsible for a lot of saved American lives, and I’m proud to know him. 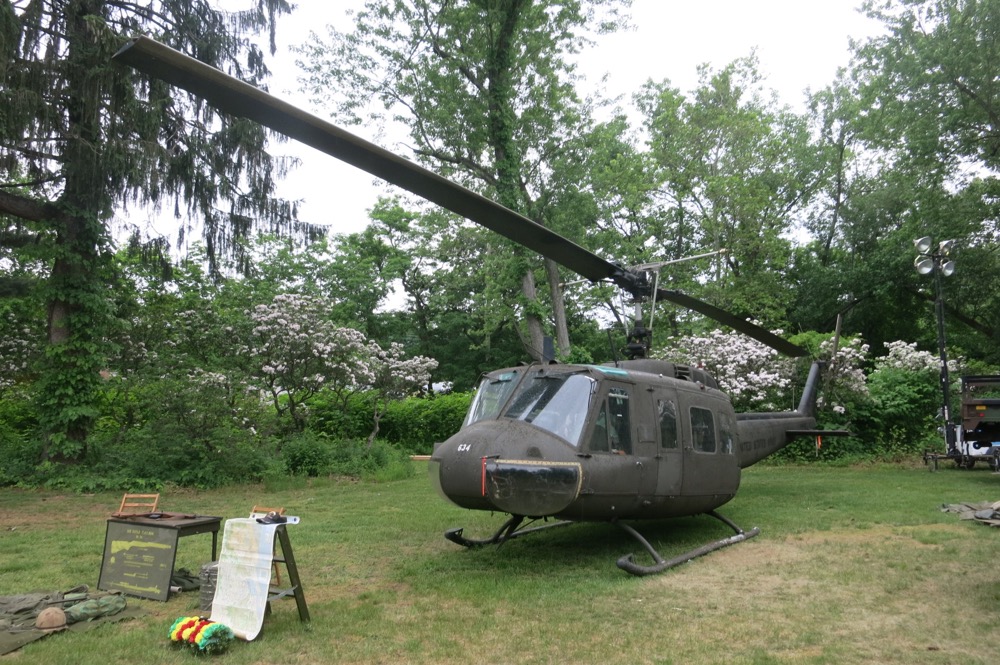 But the war obviously altered the course of his life, his family’s life, and ultimately, I guess, my life. And Calvin wouldn’t have a life if my in laws didn’t flee on an overcrowded refugee boat and eventually wind up in New Britain, Connecticut. The whole story is incredibly humbling to me, and I was proud of Calvin as he listened rather intently for a little kid.

The replica of the Vietnam Veterans Memorial is designed to travel throughout the United States. It provides veterans who have been unable to cope with the prospect of making the trip to DC and facing The Wall to find the strength and courage to do so within their own communities, thus allowing the healing process to begin. The organization is able to highlight the names local veterans each place it visits.

It’s a really neat thing and it’s incredible how the emotion of what the wall represents is almost as impactful on the Bristol town green as it is in the nation’s capital. The organization also travels with a mobile Education Center.

It was all a bit heavy for an emotional and empathetic little boy, but it was very well presented and the mission of the Vietnam Veterans Memorial Fund is noble. And I really appreciated that they gave space to the Hmong Special Guerrilla Unit Veterans. While Calvin’s maternal side isn’t Hmong, they were aligned alongside Americans in the fight to save their country from communist rule. 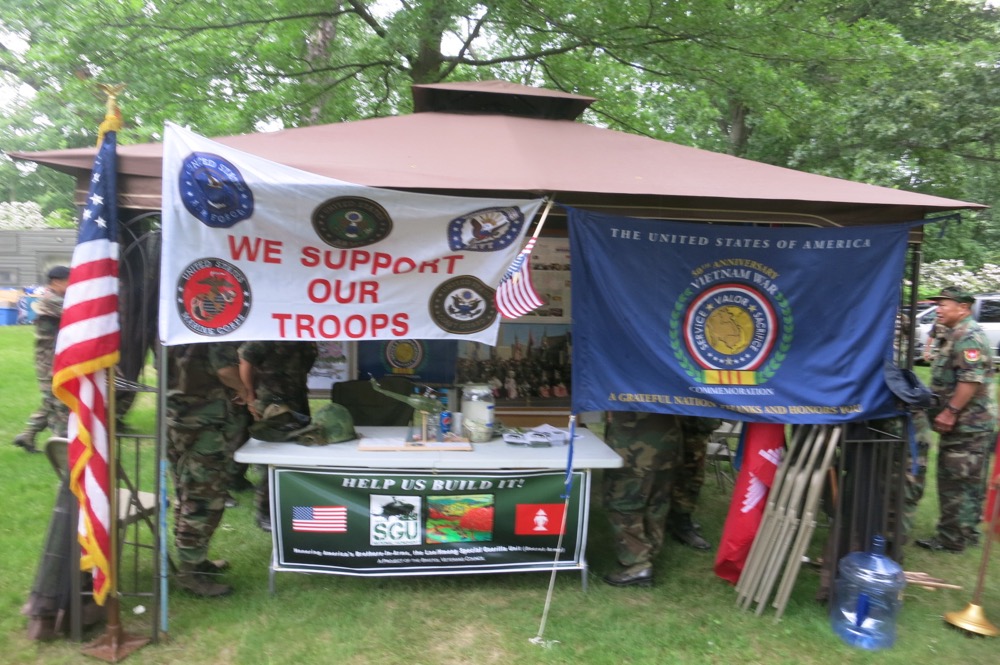 Their story is entirely different from the American veteran story – since they were fighting for much longer, lost proportionally many more soldiers and friends, and lost their ancestral homeland. Shout out to the Hmong Among us.

The traveling exhibit, which had nothing at all to do with the Bristol Military Museum, is really cool and if and when it swings through Connecticut again, you should try to check it out. Especially if you have no plans to go to the real Wall in Washington DC. 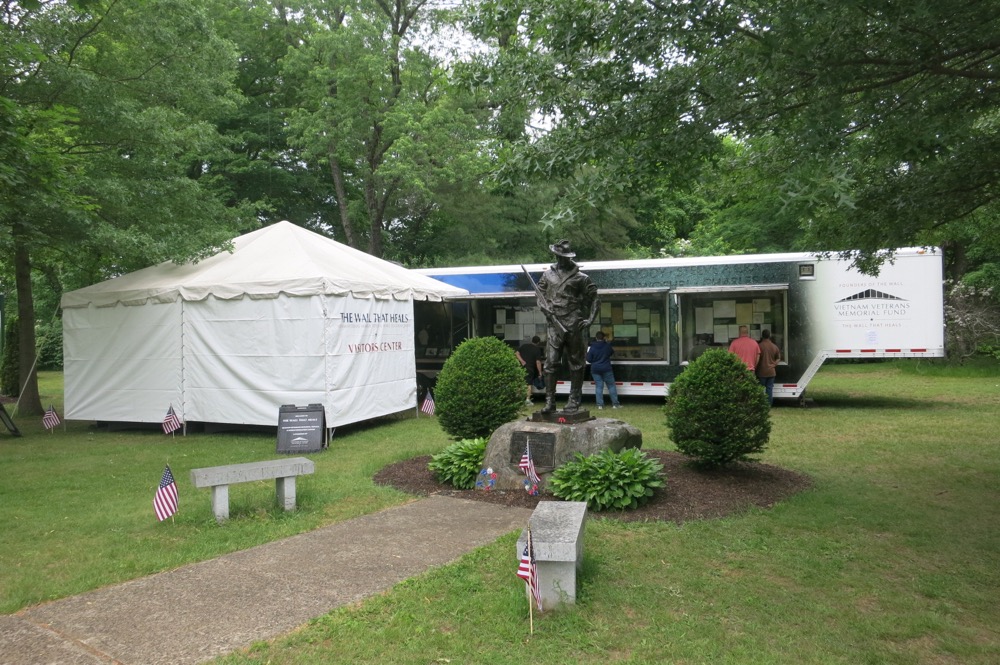