Far From Equality
Far From Heaven, 2002

I saw this movie when it was in theaters with a friend and I remember that I liked it and he didn’t. Now that I’ve rewatched it 18 years later, I’m a bit more on the fence. Julianne Moore is, as always, excellent. The male leads, Dennises Quaid and Haysbert, are also good. And the wonderful Patricia Clarkson is as wonderful as always. 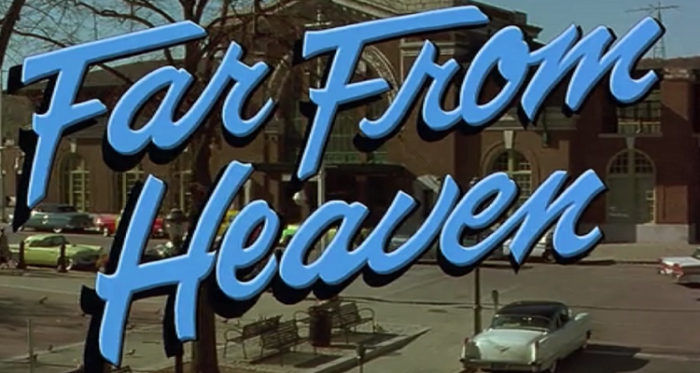 The cinematography and direction is beautiful. Director Todd Haynes has created a colorful homage not only to mid-century America, but is skillful enough to evoke feeling through his use of color and direction. The story, which exposes the prejudices of 1950’s America, is not new or unique however.

I’ve read that the movie is an homage to a director of that period named Douglas Sirk – and that Haynes was perhaps more interested in that aspect of the movie than anything else. The messaging is heavy-handed and if I may pull out my ignorant white privilege card… a bit over the top.

Let me be clear: Much of America is racist and homophobic and classist. In 1957, it was even more racist, homophobic, and classist. Yes, those halcyon 50’s… the “when America was great” days… were really not so great for tens of millions of Americans. And it still isn’t.

But I found it odd that Haynes chose Hartford, Connecticut to set this film. Haynes has no ties to the state – or to New England at all. (The Sirk film, All That Heaven Allows, most closely resembles Far From Heaven is set in New England, however.) I’m not pretending that the brutal racism depicted in the film didn’t exist here, but I want to think it didn’t exist in the way it does in the film.

But let me back up.

The film opens at the perfect Connecticut residence of Cathy Whitaker (Moore) in the perfect suburban Connecticut town. (Much of the film takes place in Hartford, and there are many trips to the city, so one could assume she lives in… let’s say… Avon. Julianne Moore put on a hardcore New England finishing school accent for the opening scene, but it quickly fades. 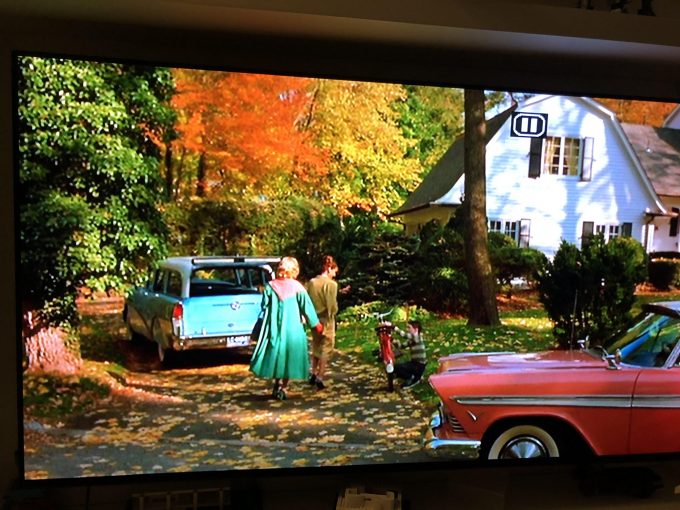 The entire movie certainly looks very Connecticut, as there was literally nothing that was out of place. Additionally, the cars even had the old, correct license plates. Well done. (It was filmed in New Jersey and New York.)

The Whitaker’s family life is perfect. So perfect, in fact, that a local reporter from a “society paper” interviews Cathy about her perfect life. Her husband is a successful executive in Hartford, two kids… the works. Cathy even says two things my 1950’s mom used to say to me all the time: “Stop that infernal racket,” and “You’ll catch a death of cold.” Pitch perfect writing right there.

Interesting, in the original Stepford Wives, a similar interview takes place and the approach and actresses playing the reporters were too similar to make me think it was a coincidence.

Behind the perfect facade, things are “far from heaven.” Mr. Whitaker is gay and is seeking out men in seedy bars in Hartford. Cathy catches him but is like, “oh well, let’s just get you cured.” The secret is out between them, but no one else.

Meanwhile, Cathy strikes up a friendship (gasp!) with her gardener who is (gasp!) black. Turns out he’s been educated in the same areas as Cathy and has many of the same interests. Cathy’s “Karen” friends all freak out and whisper about her behind her back. They essentially excommunicate her after she’s seen in black Raymond’s (Haysbert) truck. It’s a bit much. 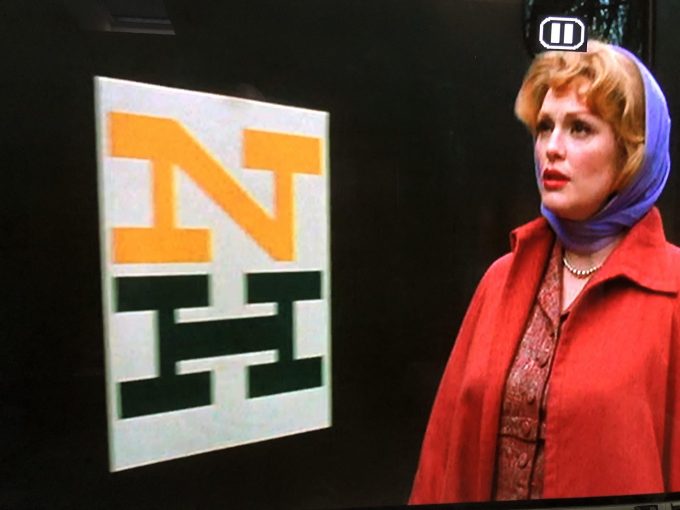 The husband’s conversion therapy fails (of course) and a trip to Miami turns into a secret gay rendezvous for him. He punches Cathy in the face – but all of that is forgiven… because he’s white and no one knows that he’s living a lie. Until he leaves Cathy.

I’m speeding the story along here but Franklin Avenue gets a shout out. Cathy is fully woke and donates to the NAACP and isn’t afraid to go into the city to see Raymond by herself. This happened after his daughter was clonked in the head by racist white boys with a rock.

Raymond decides their “illegal” love would remain unrealized and leaves Hartford for Baltimore. Cathy’s entire façade has crumbled; her gay husband gone, her black potential love interest/friend gone, her kids still as distant as can be.

The movie is a comment on the absurd veneer of 1950’s “perfection,” and of course racism and homophobia. But moreover, it’s an exploration of color in film, and how it – like the Joan Miró painting Cathy and Raymond admired – evokes a mood. “I don’t know why… I just adore it!” Cathy exclaims. And isn’t that the point? We love who we love because we just do. Be it art, film, or people.

Hartford and its suburbs merely serve as the palette here. It could have been anywhere in the US really… though there’s one scene that is pretty darn Connecticut wealthy suburbs. Someone brings up the Little Rock massacre and a party goer says, “That could never happen here!” When asked why, he replied, “Because there are no negroes here!”

Connecticut’s racism does indeed present a little differently; we may not be straight up in your face racists, but one could argue that our entire town/school structure is rather exclusionary.

Eh, the movie is still worth a watch.

CTMQ Rating: 4 out of 5 thumbs up
Connecticutness: 153 out of 169 Nutmegs
Filmed in Connecticut? No
Wealthy Caucasian with a Big House? Yes 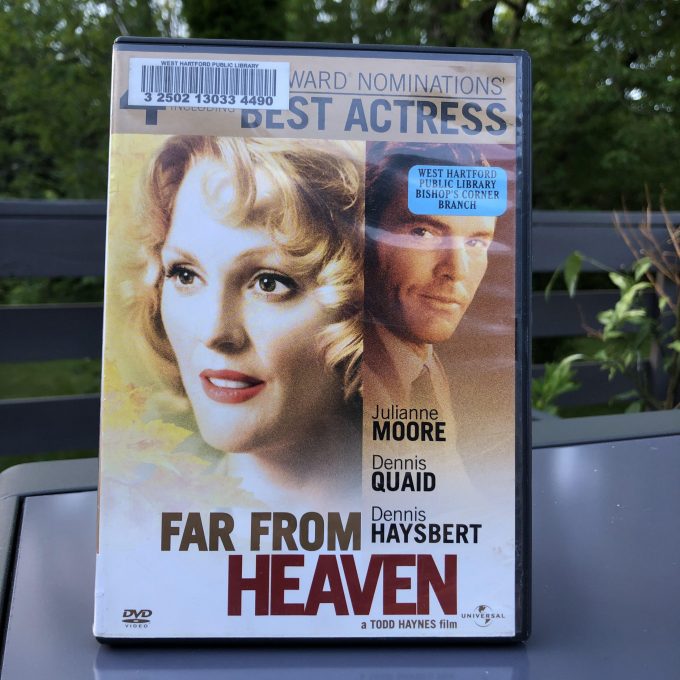