I see you Granby Land Trust. Trying to be clever. Why else would you include the word “dismal” in the name of your new property when in reality, it’s anything but? Sorry, but the jig is up: Dismal Brook is beautiful. Stunningly so. 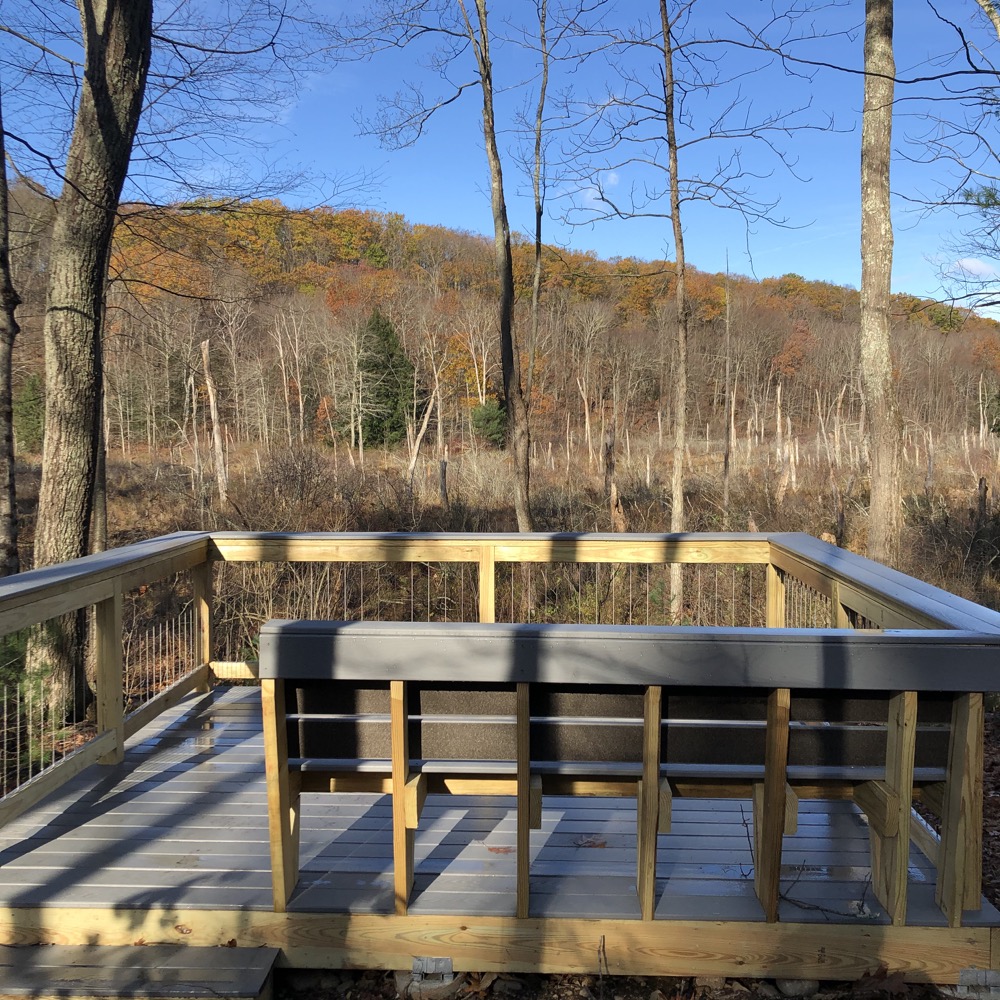 Yes, way, way up north along the Massachusetts border to the west of the Notch (aka Southwick Jog) the Granby Land Trust owns property. One of them, to the west of Loomis Street, is Dismal Brook. Trails were cleared and blazed and it was opened in the middle of the pandemic in 2020.

While the world was a dismal place, my escape to the trails here was reinvigorating and reminded me again why I love to get out into the woods as much as I can. And The GLT keeps on chugging, seemingly opening up new trails in new preserves every other year or so – I want to thank them for all that they do. 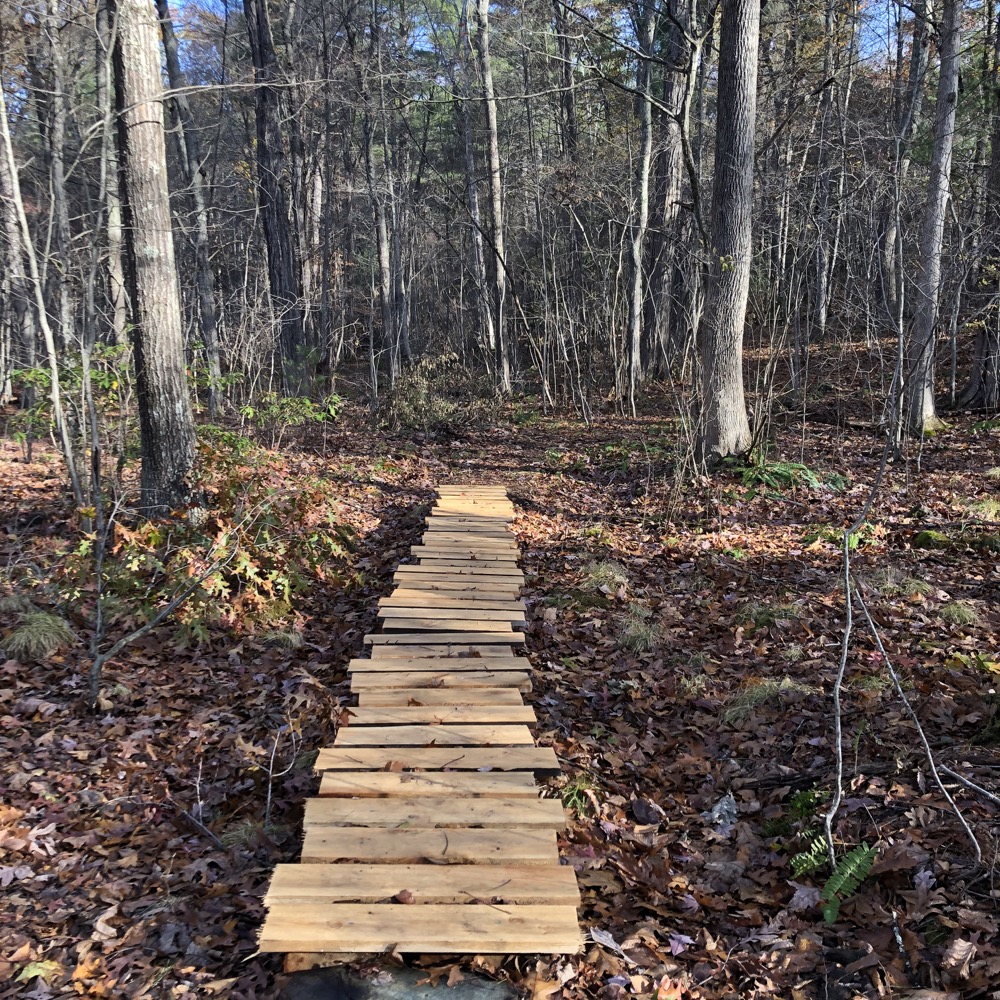 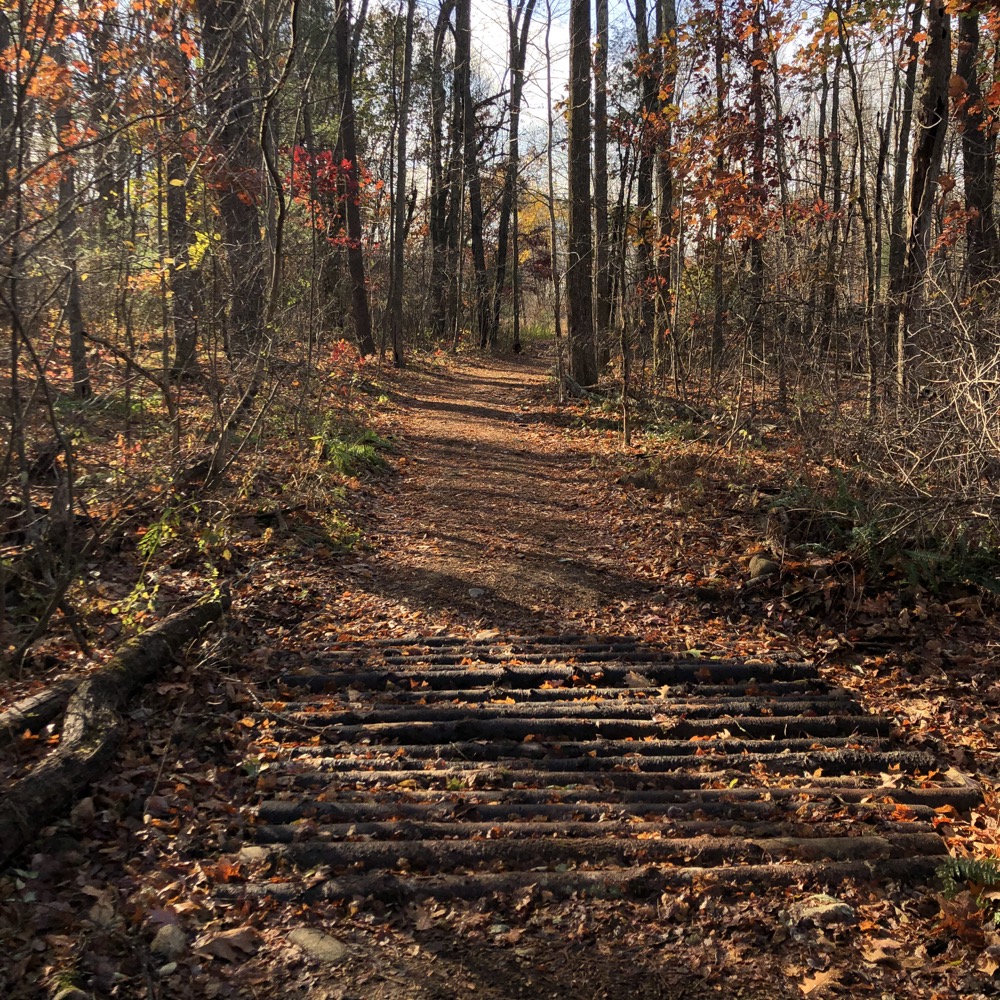 There is one main two-mile or so yellow-blazed loop trail here with several smaller loops, cut-offs, and spur trails. I pretty much did them all and am a better person for doing so, but you can choose your own adventure of course.

Opened to the public in 2020, the 210 acre property has a little bit of everything: New England woods, wetland, open fields, and ridgeline. There’s Creamer Pond, Glazier Cabin, the North and South Marshes, and the Day Cemetery. The climb up the ridgeline will get your heart pumping and the scenes along the quiet wetlands will calm it down. 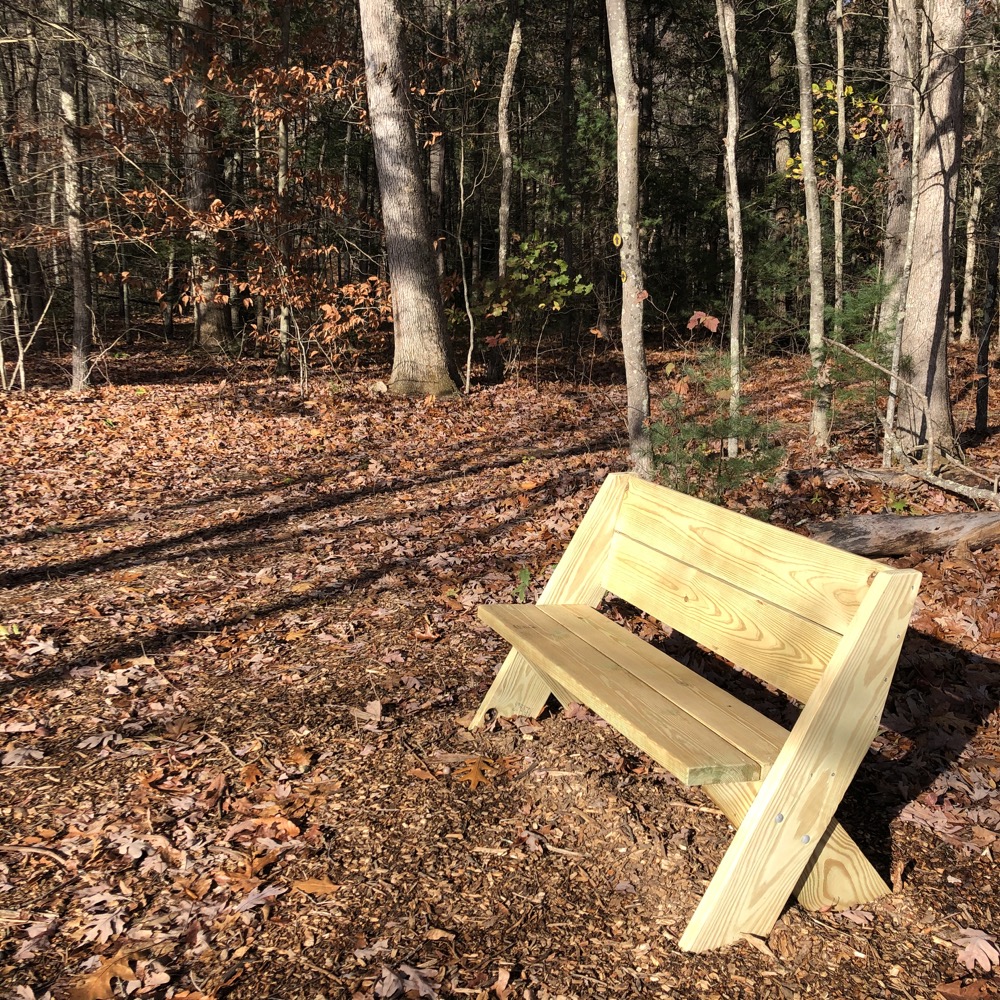 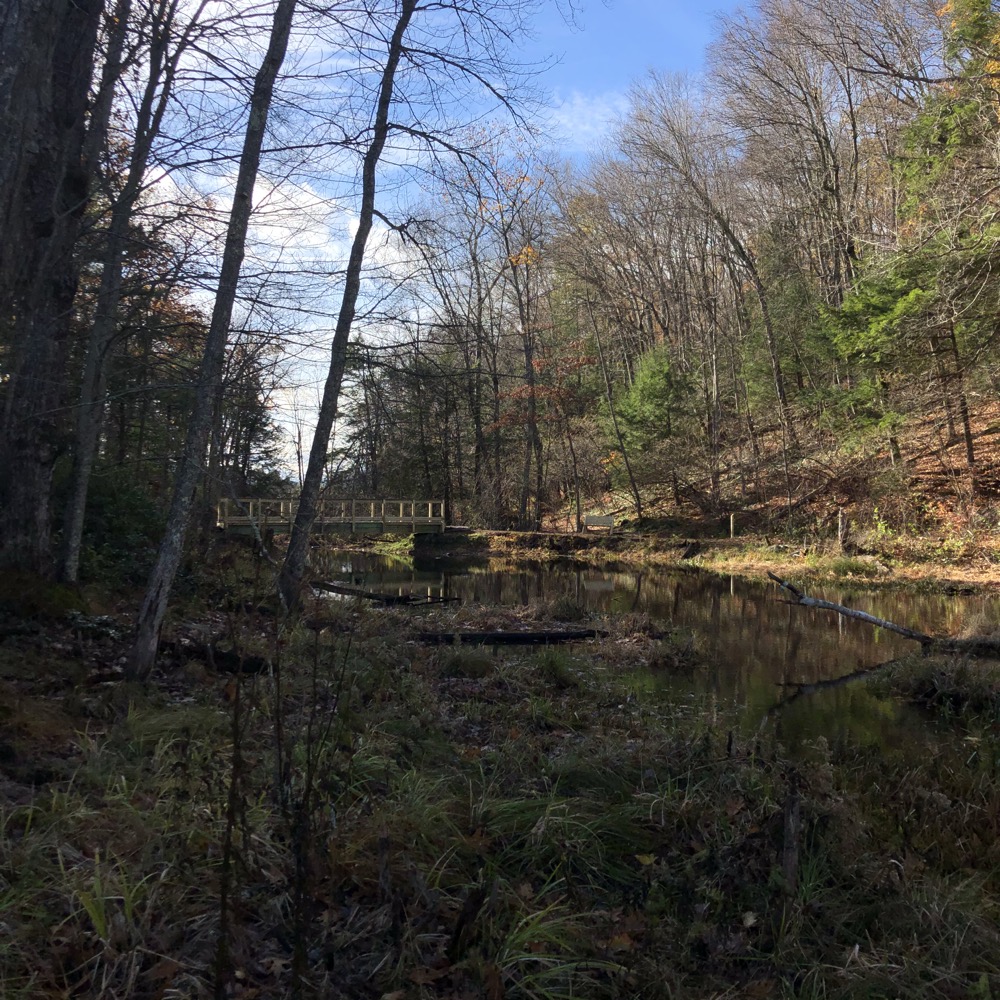 There’s a relatively huge hiker’s lot – huge for being in northern Granby for a smallish property – and the expected nice Granby Land Trust signage. I set off and walked the short green trail loop right off the bat. It’s funny because a lot of work went into creating this loop with bridges and puncheons and clearing, but it merely heads near North Marsh… and then back to the main trail. But there may be bigger plans someday.

Back to the main yellow Trail and past a nice bird blind and Stevenson Field. The Trust has provided a few benches here and there but I had no time for sittin’ around. I kept taking the “right” option at all trail intersections, staying on the yellow the whole way. 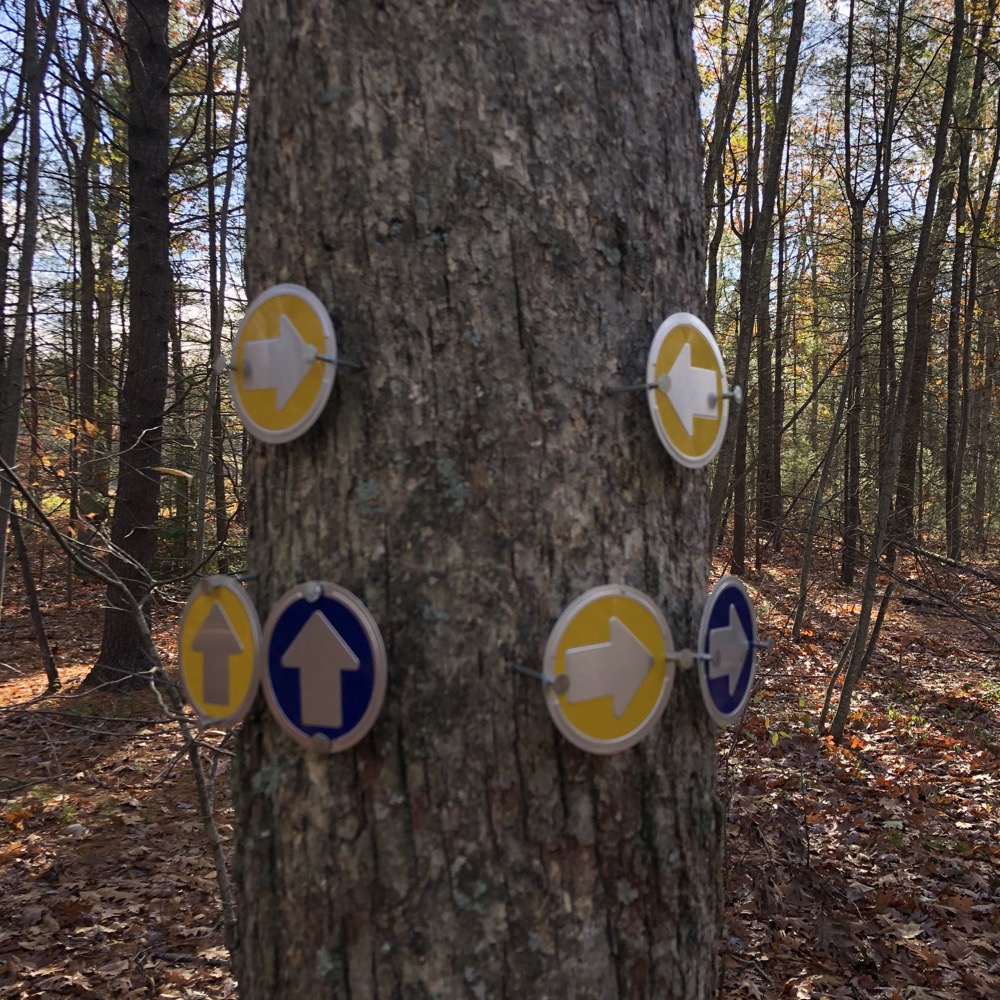 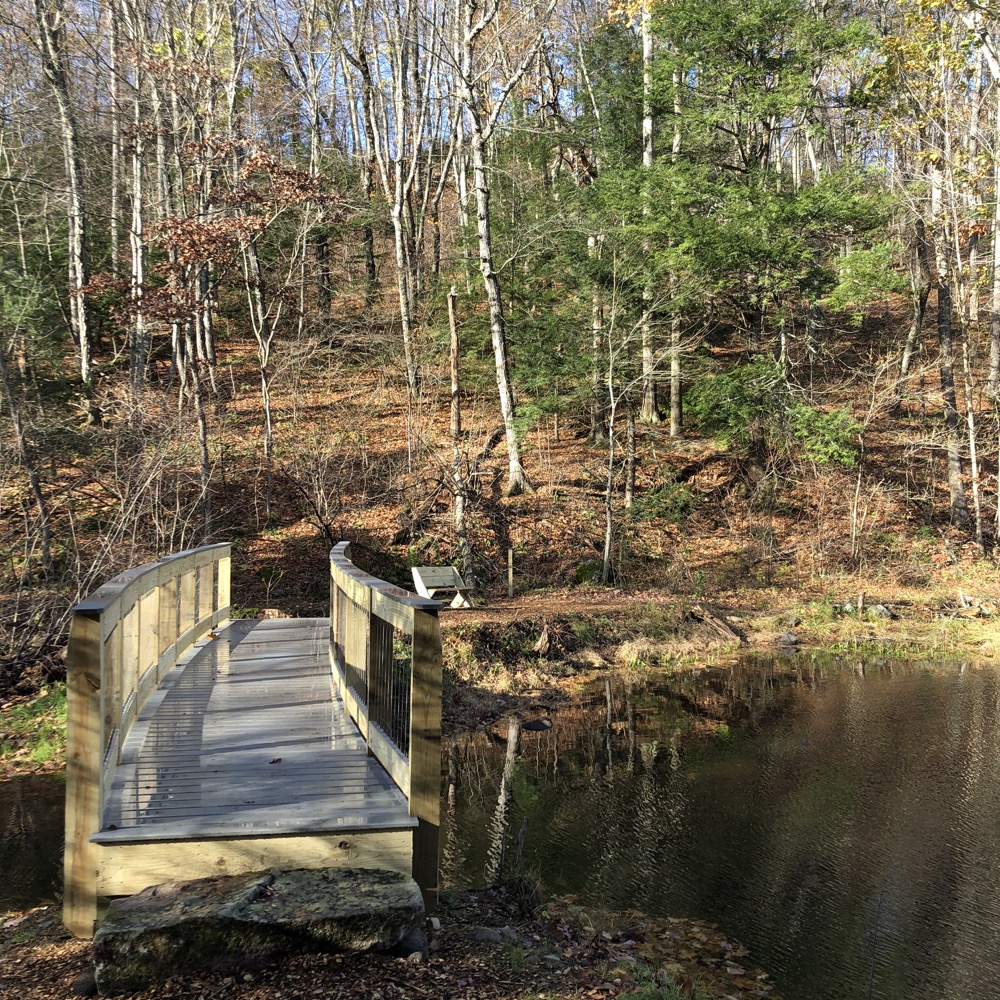 There are “cut-through” trails to take different routes however. You can take solace in the fact that the GLT’s maps are great and their trail markings and clearing is always top notch. However, pro-tip: There’s no cell coverage in a few of their properties, so be prepared. (If you don’t do paper anymore, you can pull up the map at home and screenshot it. Even as an old man who love paper maps… shhhhh… I do that now.)

A few twists and turns through the woods later and… wow! What a dismal scene. 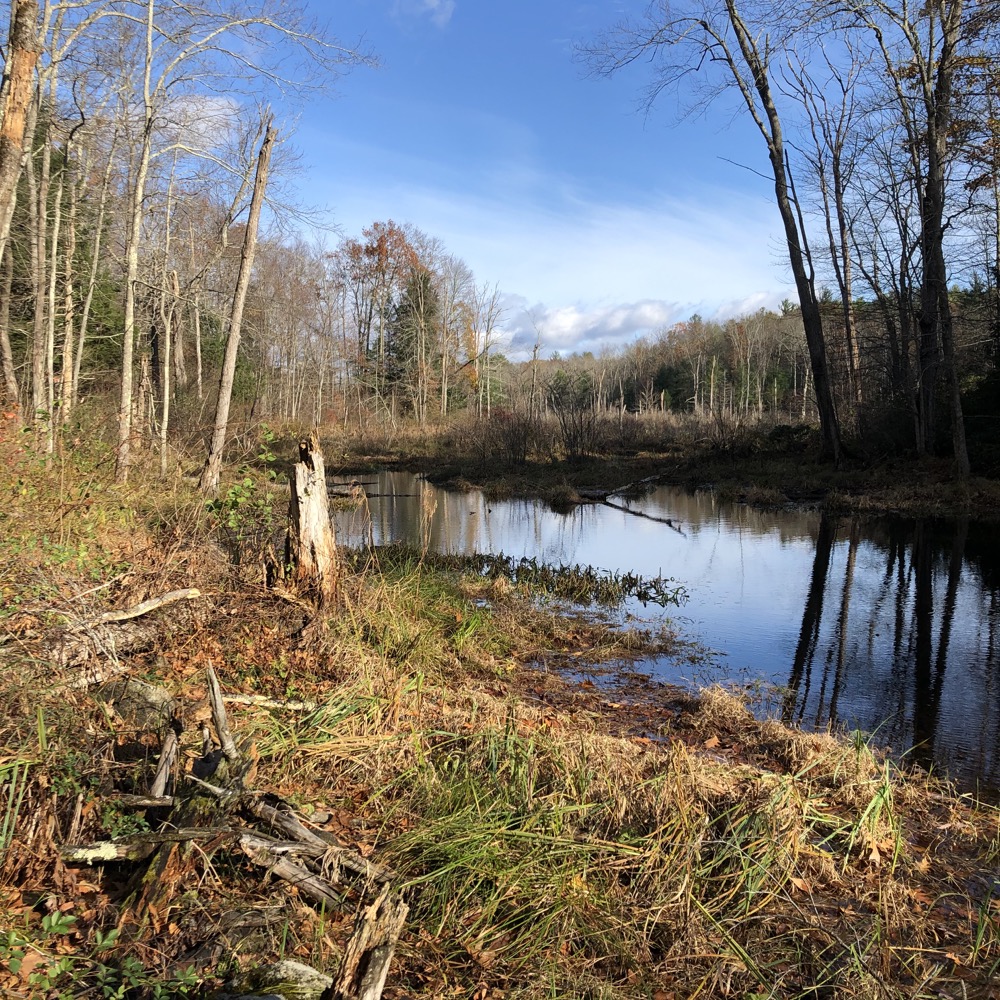 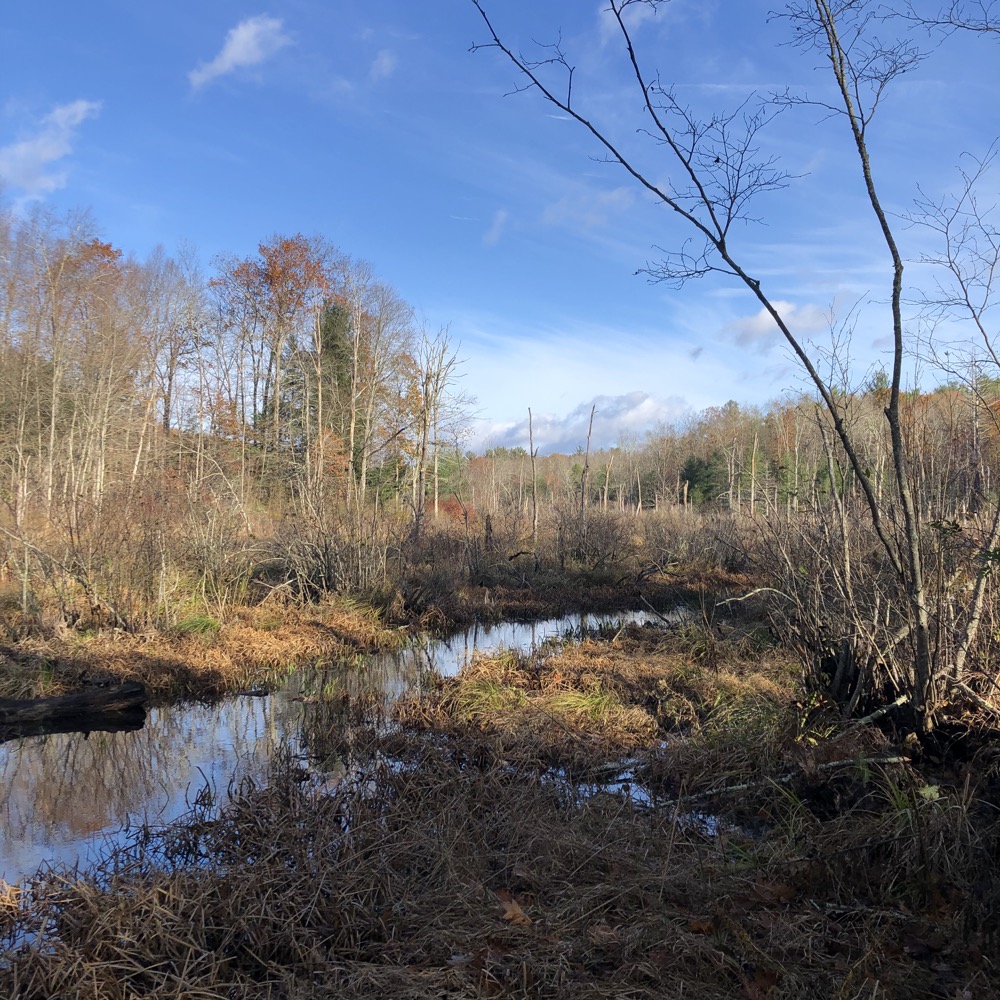 Dismal Brook scene that is! I like how the clouds in the second picture look like mountains. The GLT has built a solid bridge over the brook that will last for decades. Dismal Brook flows south into a pond that we’ll see later, but I think you get the point: there’s nothing dismal about this place.

It’s beautiful. After the water crossing, I stuck to the yellow trail and to the right. This is the path that will take you to the one steep effort on the day, as it heads straight up to the ridgeline. (If you choose to hike the yellow loop clockwise, the climb up the ridge is graded, but then you’d face going down this very steep bit.) 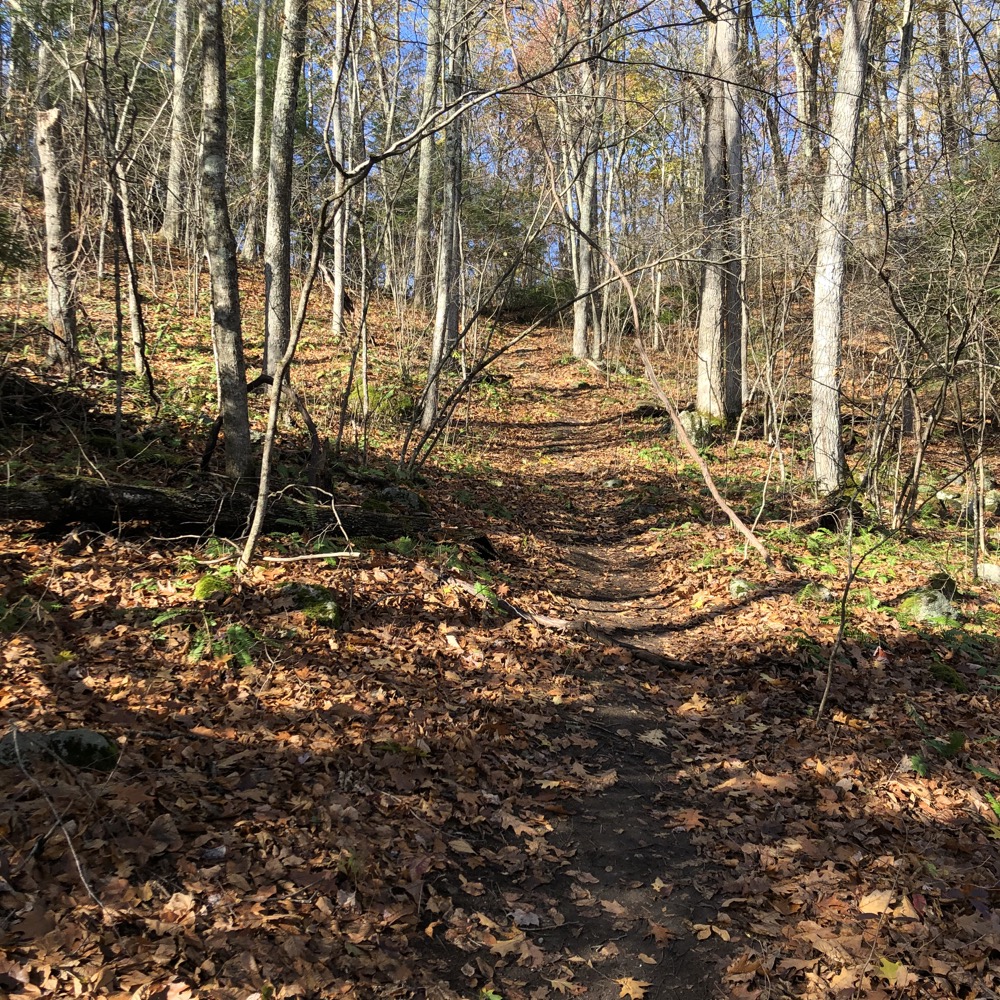 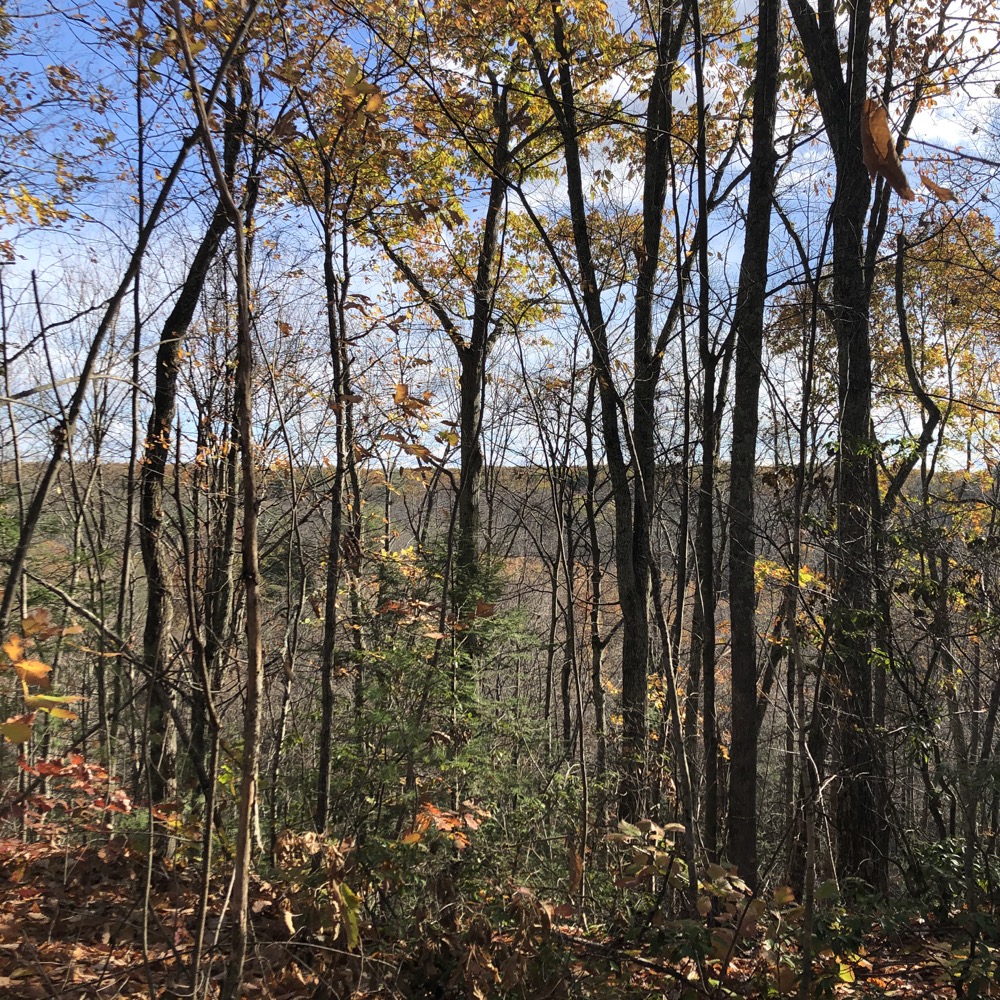 Once on the ridge, a blue trail cuts the big yellow loop in half and walks the ridge. I like ridge walks so I chose to head down that trail, as I expected a view or two of the ponds below and hills beyond. There are no clear views of either, however.

Now at the other side of the yellow loop, I continued west along it and then cut back across it via a red-blazed trail. Both the blue and red cut-off trails are nice, full of laurel and birch, and provide shortcuts to a fairly short trail. The westernmost part of the main yellow loop ventures very near private houses which I see as the GLT using every inch of their property in the best possible way. Good for them. 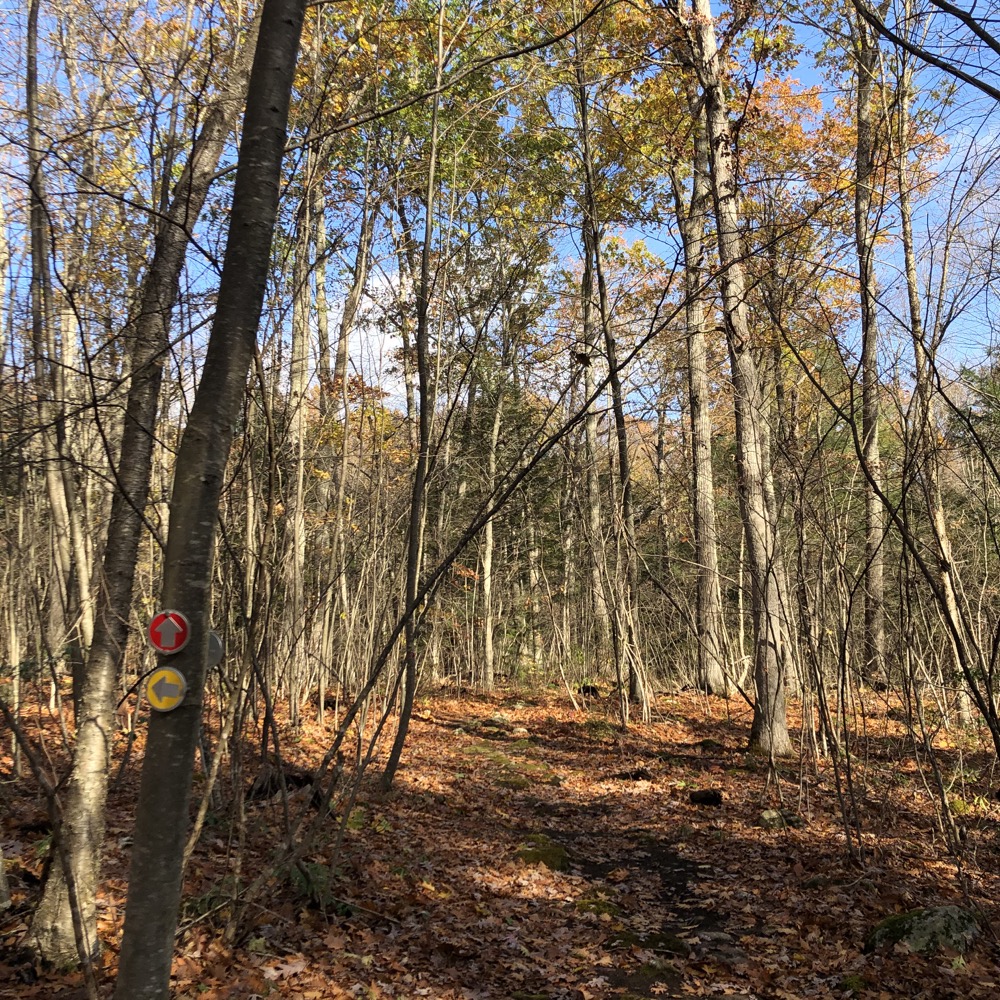 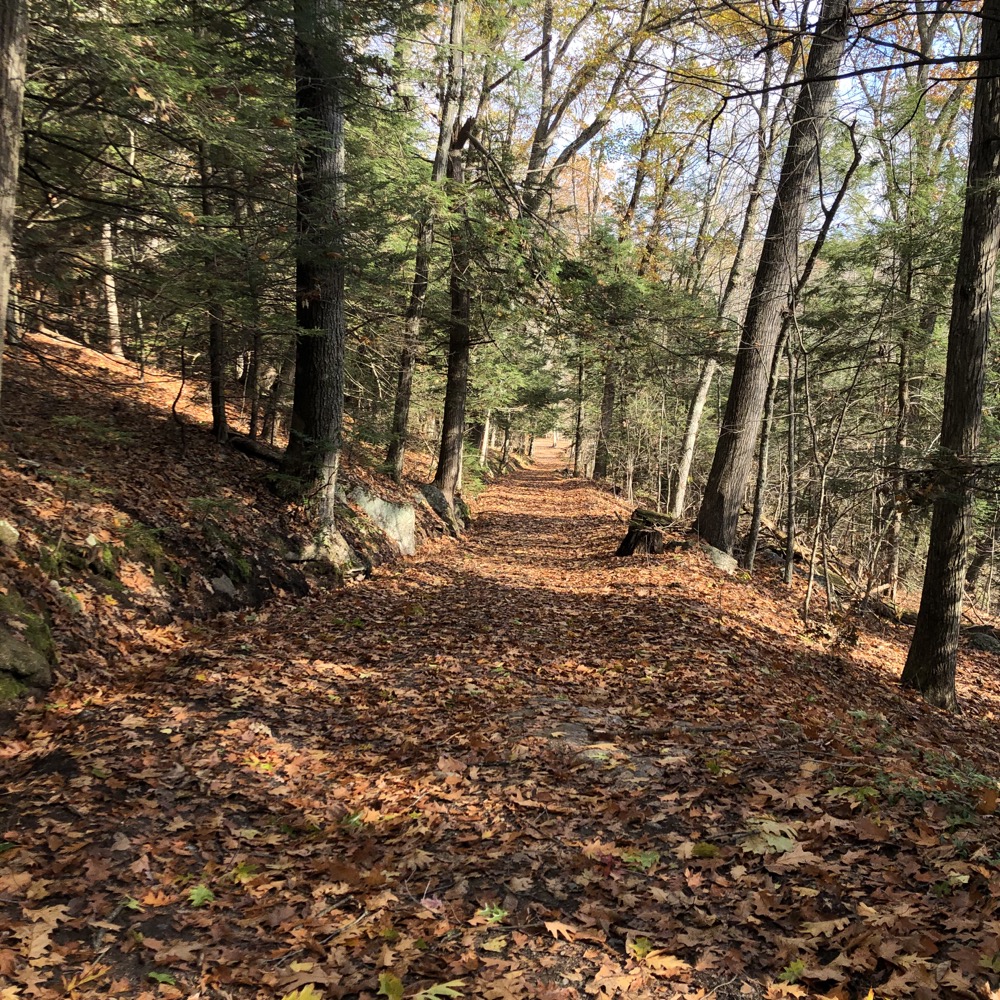 And those homes have private paths to Dismal Brook, just as I would build if I lived there. Don’t walk those paths. I circled back down the southern yellow trail. I should mention that the trail here is an abandoned road that used to connect Loomis Street and Silver Brook Lane back in the day. (This is why it’s graded and not steep like the northern bit of the yellow loop.)

Past the red cut-off trail, past the blue cut-off trail and whoa! There’s a handsome cabin here! Not a beat down abandoned joint, but a liveable cabin with a nice porch and everything. I’m not sure how accessible it is, or if it’s available for anything other than GLT programs, but the porch is wide open and provides a great place for a respite. 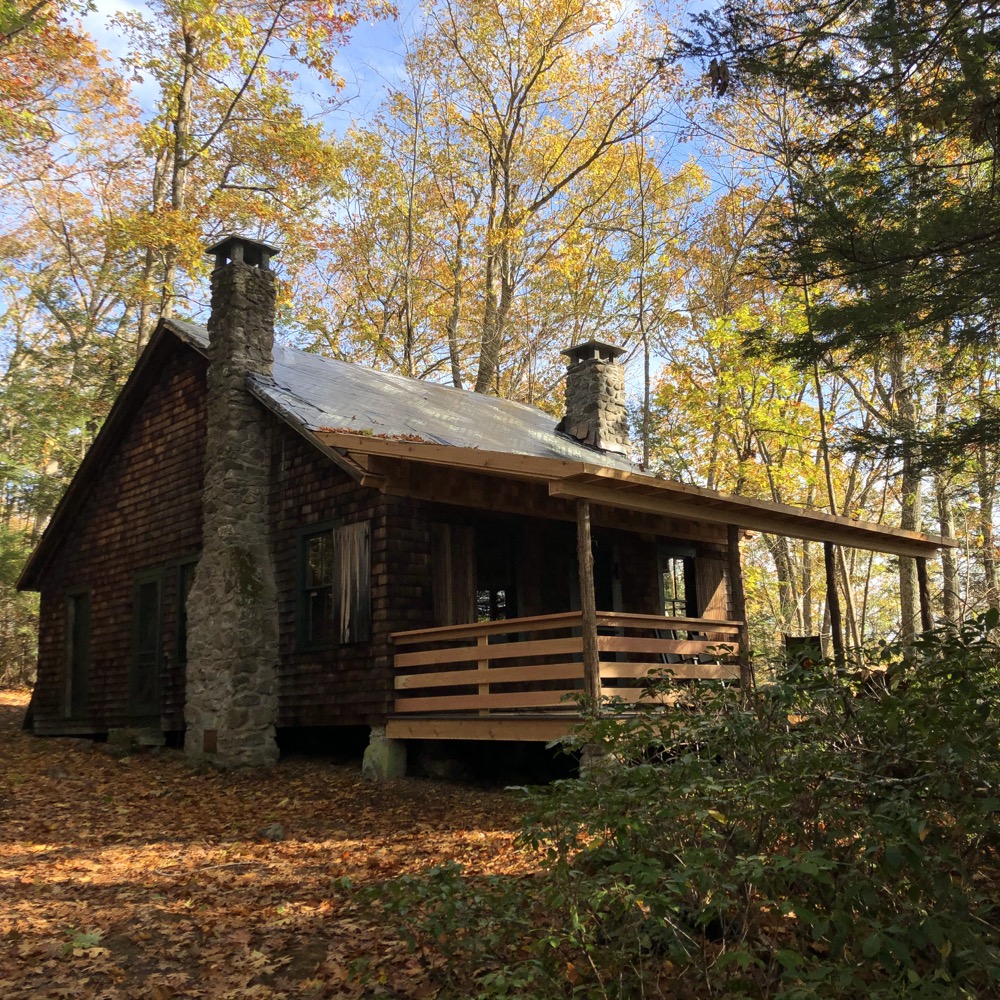 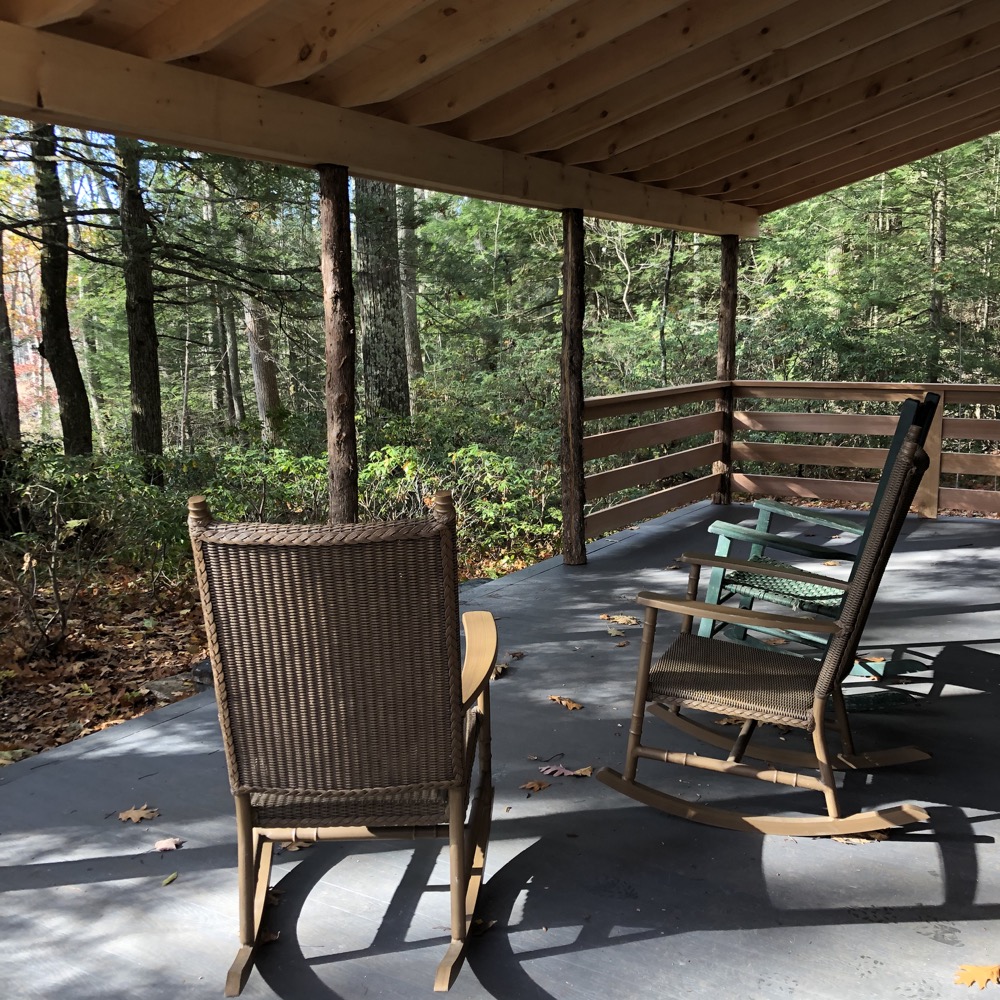 An orange blazed spur trail took me across a dam and into a dark pine grove along the shore of the pond. I could tell this path was just cleared, like, a few weeks prior and I loved it. It’s so… so Vermont. 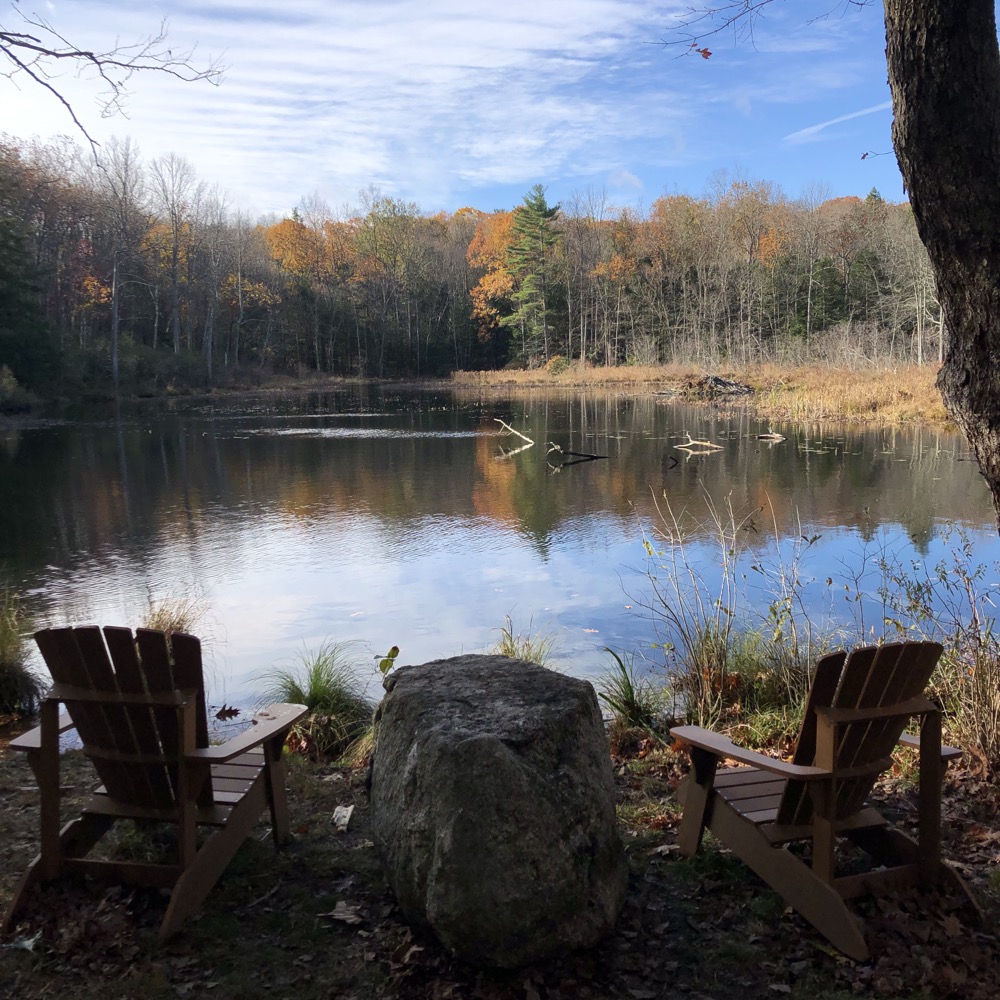 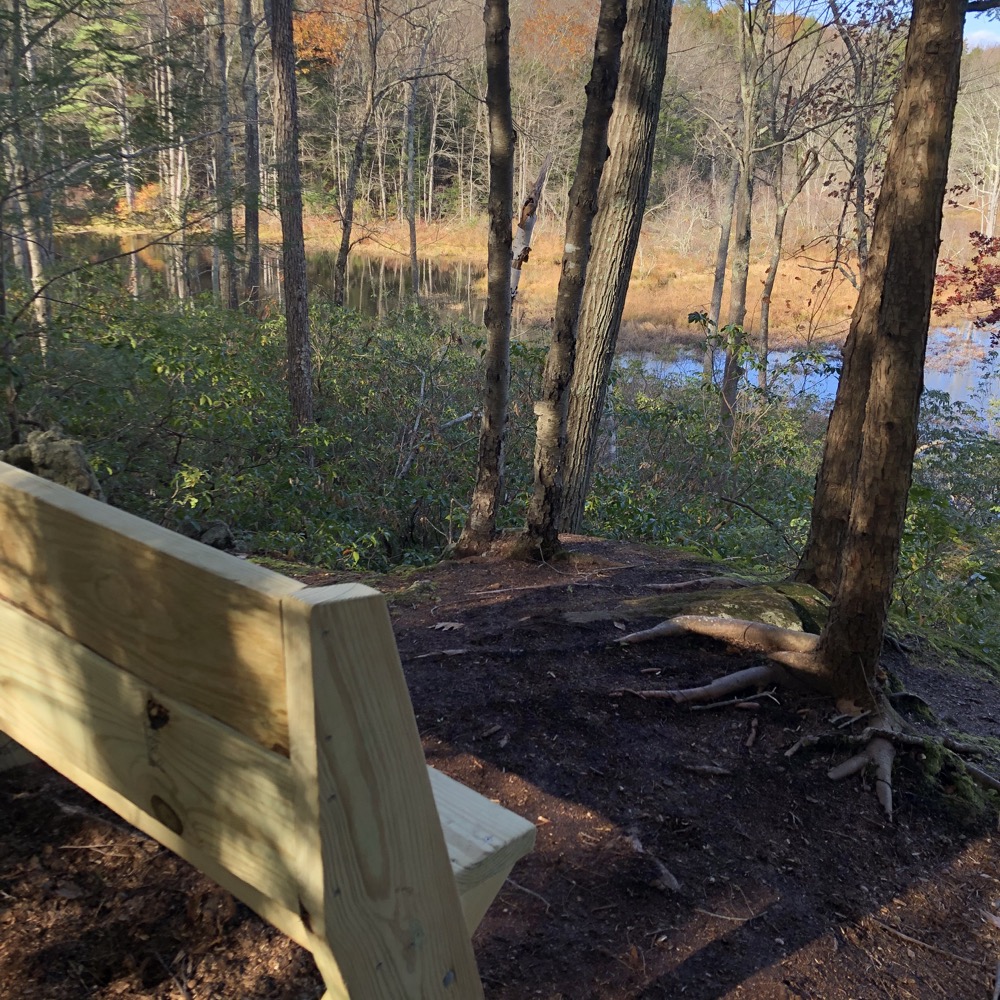 I doubled back and began the trek back to my car through Stevenson Field and then back along the main yellow access trail. A small cemetery marks the final resting place of members of the Day Family, who farmed this land for four generations, from 1771 through 1887 and, according to early land records, operated first a cider mill and then a sawmill here – the remains of which can still be seen.

In the early 1900s – a time when Hartford was arguably the most affluent city in America – a number of wealthy urban families purchased property in Granby to use as summer retreats. One such family was the Glaziers. Robert C. Glazier lived in West Hartford and he purchased the old Day Farm in 1930 and had the cabin built on the property – which is why its called The Glazier Cabin today. 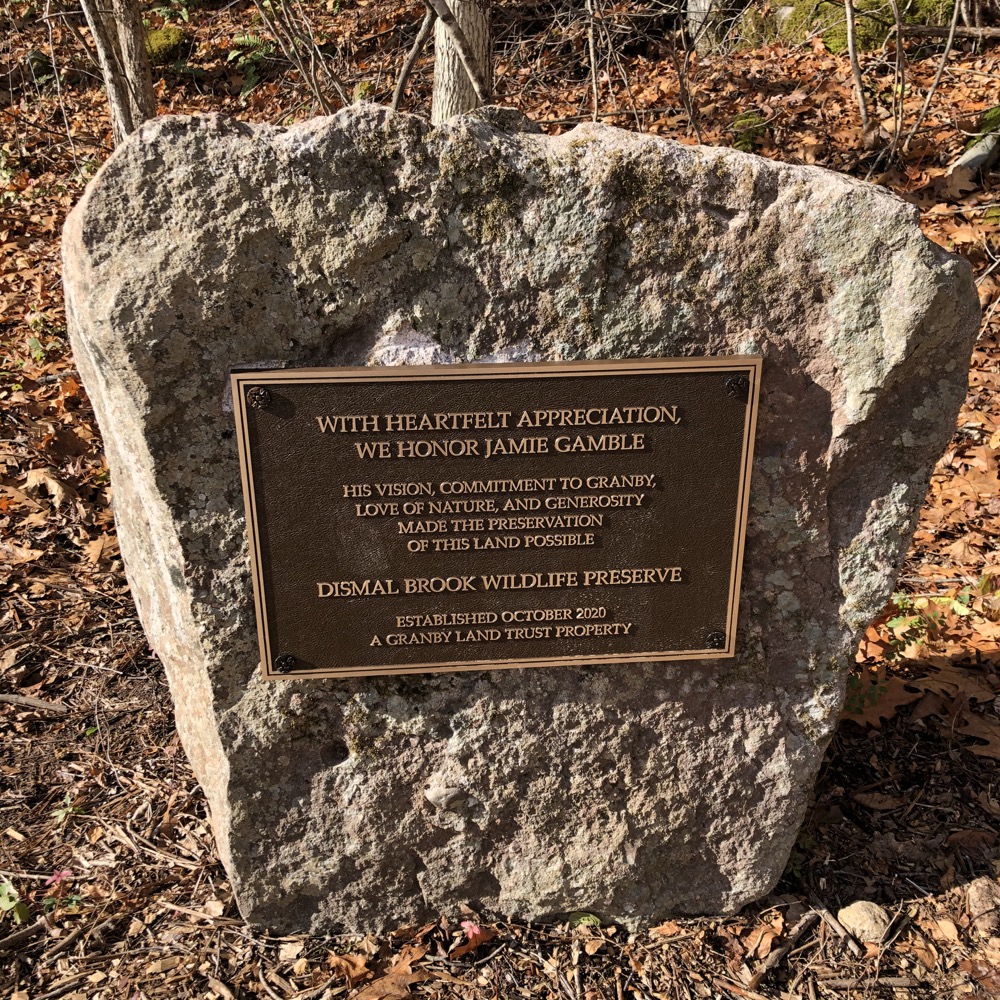 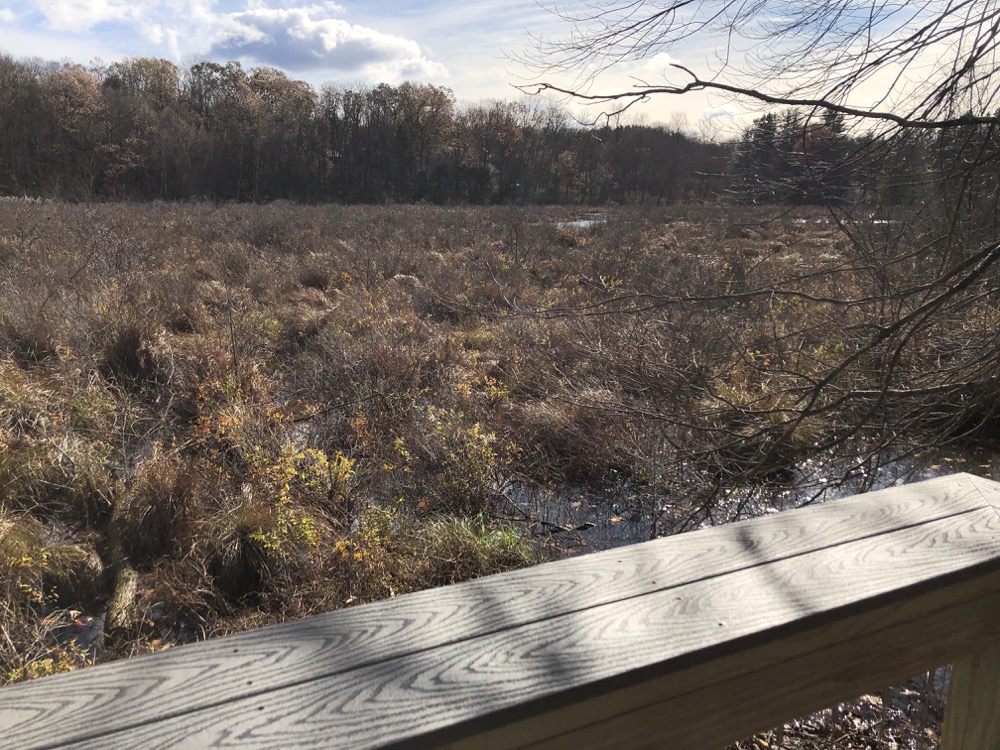 Pretty much nothing has changed in these woods since 1930. The property passed through the family and was ultimately donated to the land trust.

The families who owned this property over the last two centuries loved it and cared for it and kept it free from development. That they then donated it all to the GLT is a huge gift to the town and the state – and to hikers from all over. There is nothing dismal about it and it’s a wonderful addition to the trailed properties of northern Connecticut. 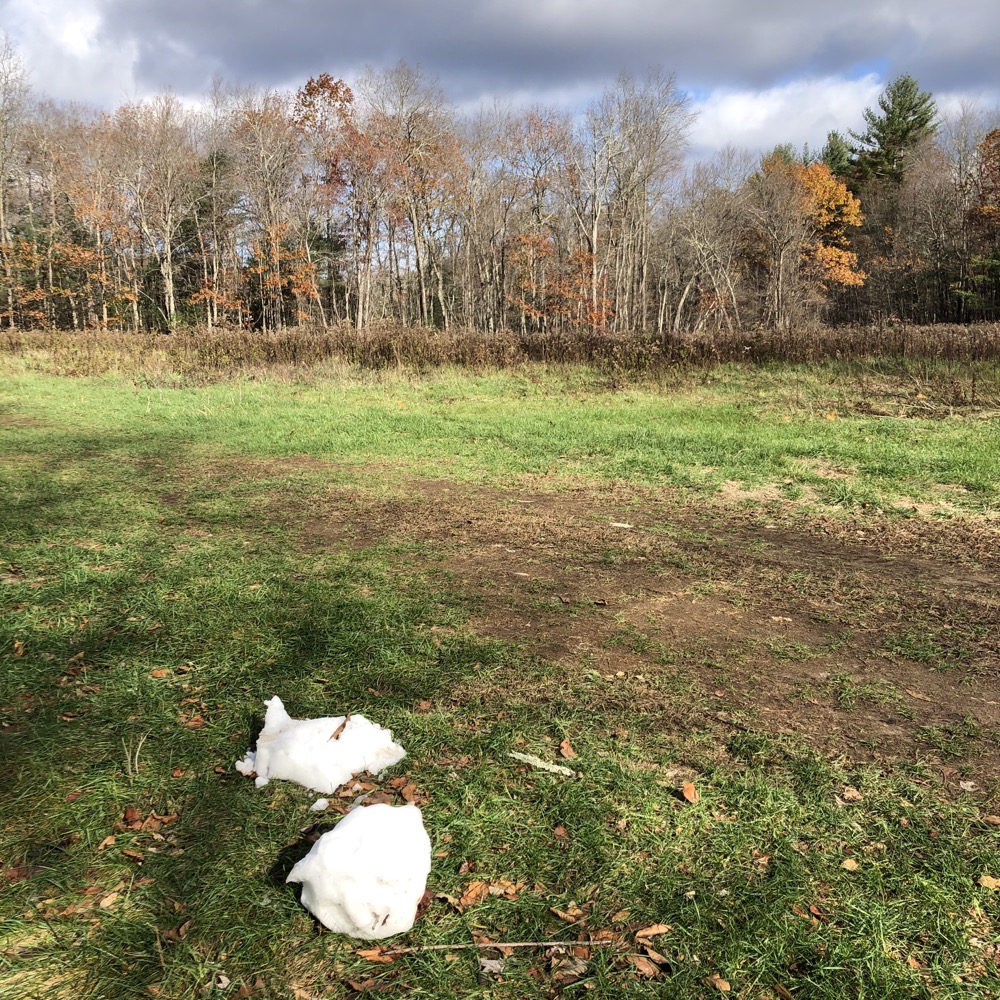 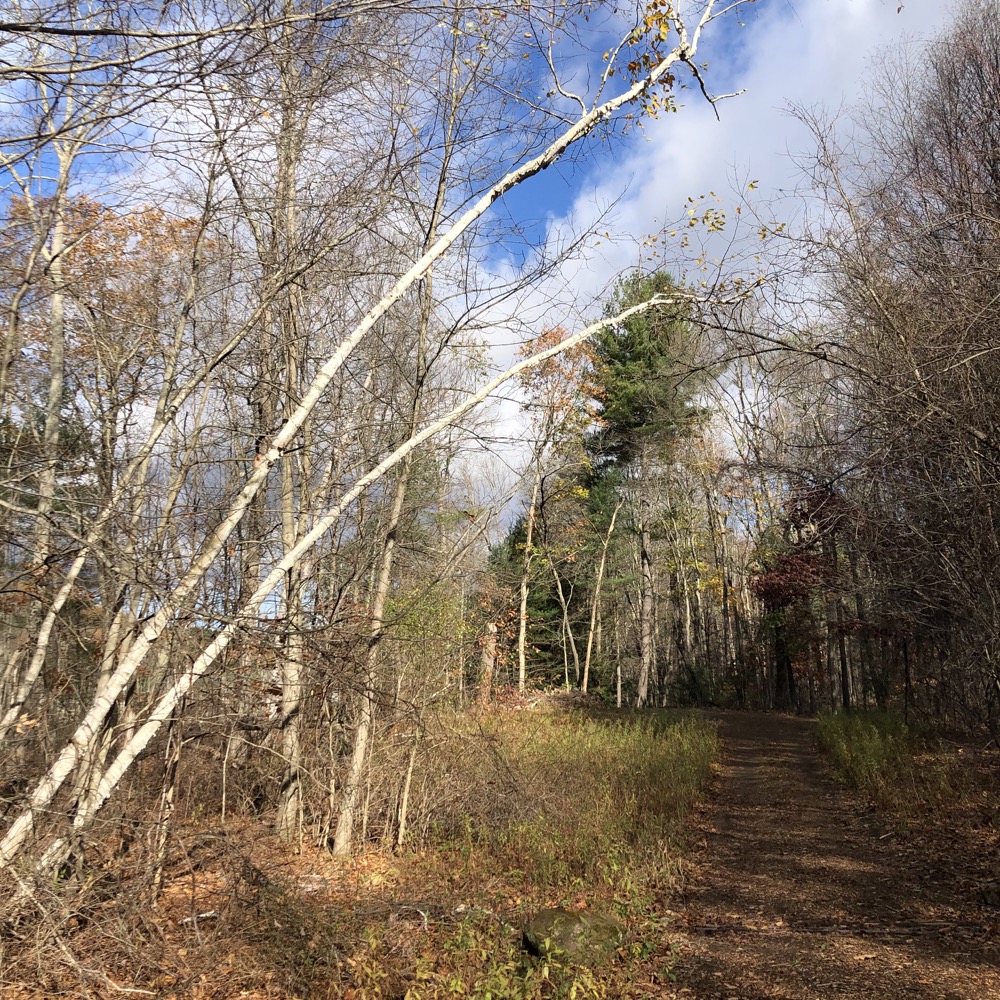