CTMQ > Everything Else > Cultural, Heritage, & Historic Trails > Concept of Freedom Trail: Greenwich (1 of 2)

I could use this opportunity to make a few comments about the rarity of black people in Greenwich. But I won’t because I know that there are many towns in Connecticut with fewer black residents. Towns like Union and Barkhamsted. And just because Greenwich is way bigger than those towns and is right next to Port Chester, NY doesn’t mean a thing. 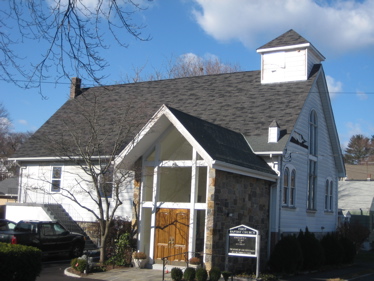 Located in Greenwich’s Fourth Ward neighborhood, the First Baptist Church is the second of two African American churches established in Greenwich during the 19th century. The Fourth Ward is one of four neighborhoods in central Greenwich that have included African Americans for at least 100 years. Most were migrants from Virginia who had been recruited as domestics by wealthy summer residents from New York City.

Freaking Greenwich. Why is this tidbit not the least bit surprising? Continuing on…On May 30, 1897, the first prayer meeting and organization of the First Baptist Mission in Greenwich was held in a private home on Lake Avenue and later in a hall over a blacksmith shop on Lewis Street. In 1906, the “Mission” was fully recognized by the Connecticut Baptist Missionary Union and became known as the First Baptist Church of Greenwich. On January 9, 1909, the 10 Northfield Street structure was purchased for $550.00 in cash. The building is listed on the National Register of Historic Places as a part of the Fourth Ward National Register Historic District.

After enjoying a delicious but absurdly overpriced $50 lunch of 3 crepes over at Meli-Melo on Greenich Avenue, we cut our way north through town back to the Merritt Parkway by way of this church. And yes, we saw black people in the parking lot there. And I should mention again that a trip through the back roads of Greenwich will blow your mind. Unless you live down there, in which case you’re about to comment below and tell me you have black friends.