I’ve become enamored with out of place post offices in Connecticut. We have a bunch of them, so stay tuned over the next few decades as I uncover and expose them all here. Perhaps, when all is said and done, I’ll have the definitive collection of incongruous Connecticut post offices and will be able to show a clear evolution thereof. 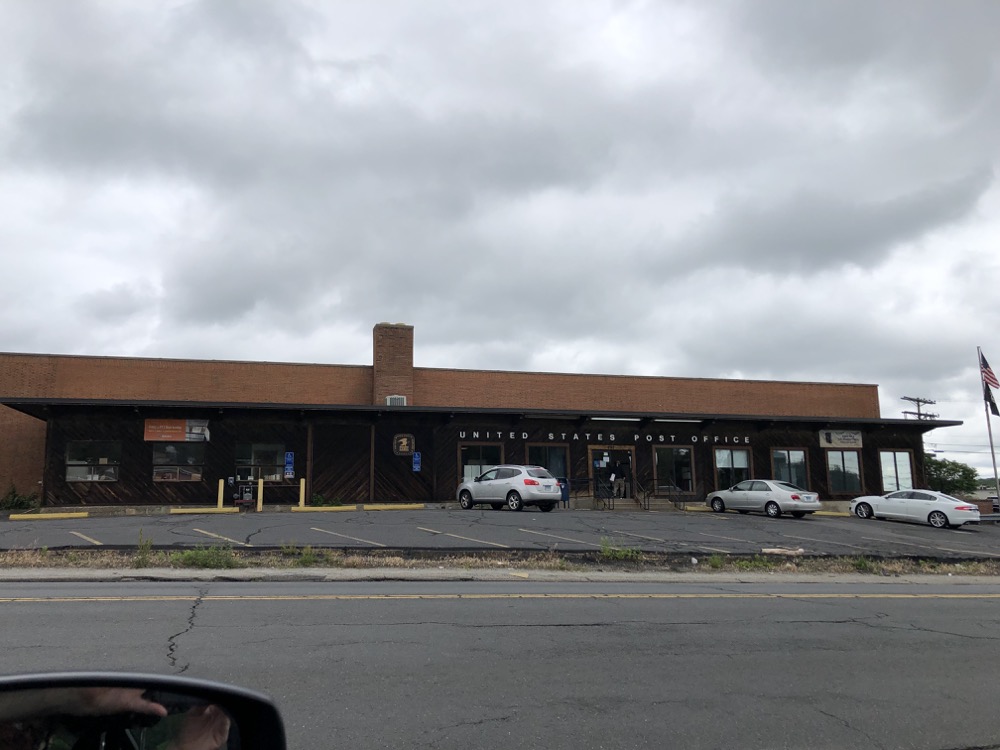 Or not. But don’t you think there’s a taxonomic lineage between the West Suffield Post Office and this one, on Lakewood Road in Waterbury?

Oh you know I’m right and this entire line of thinking and discovery is totally worth everyone’s time and effort.

This one in Waterbury is located at a messy intersection near the Wolcott line, choked with strip mall businesses and low-rent offices in three different directions. It reminded me of one of the most random buildings I’ve ever seen in my travels, here: 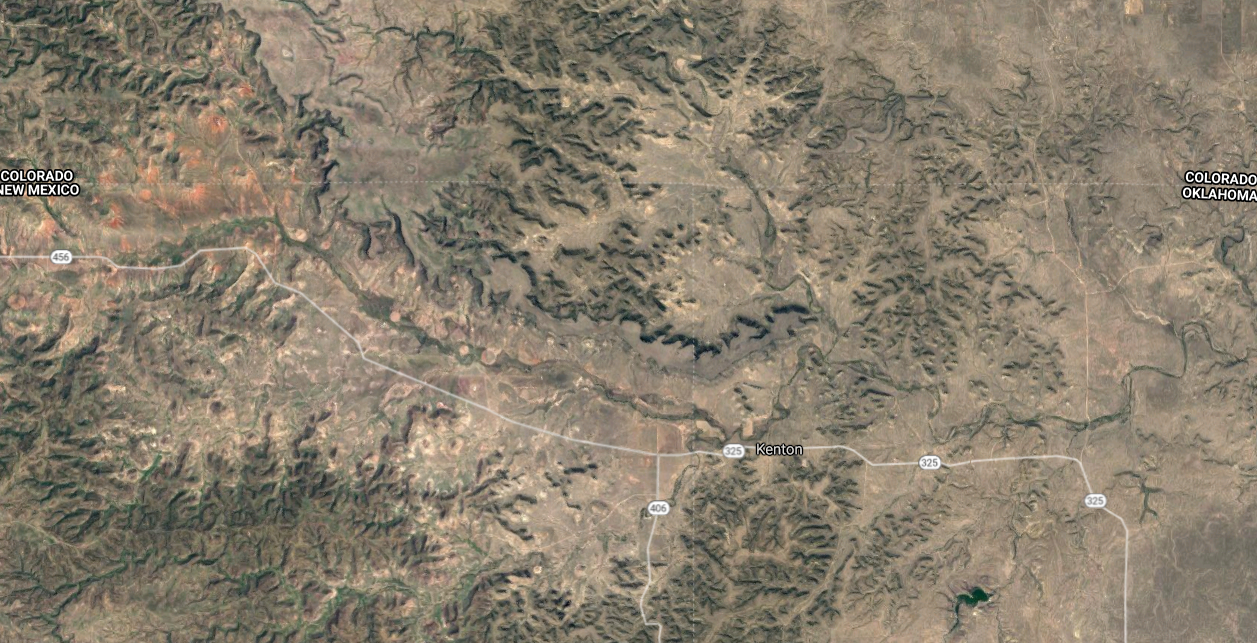 Yes, I drove the Oklahoma panhandle in order to hike to that state’s highest point in 2012. And to get there, I traveled many lonely miles across vast, empty spaces. 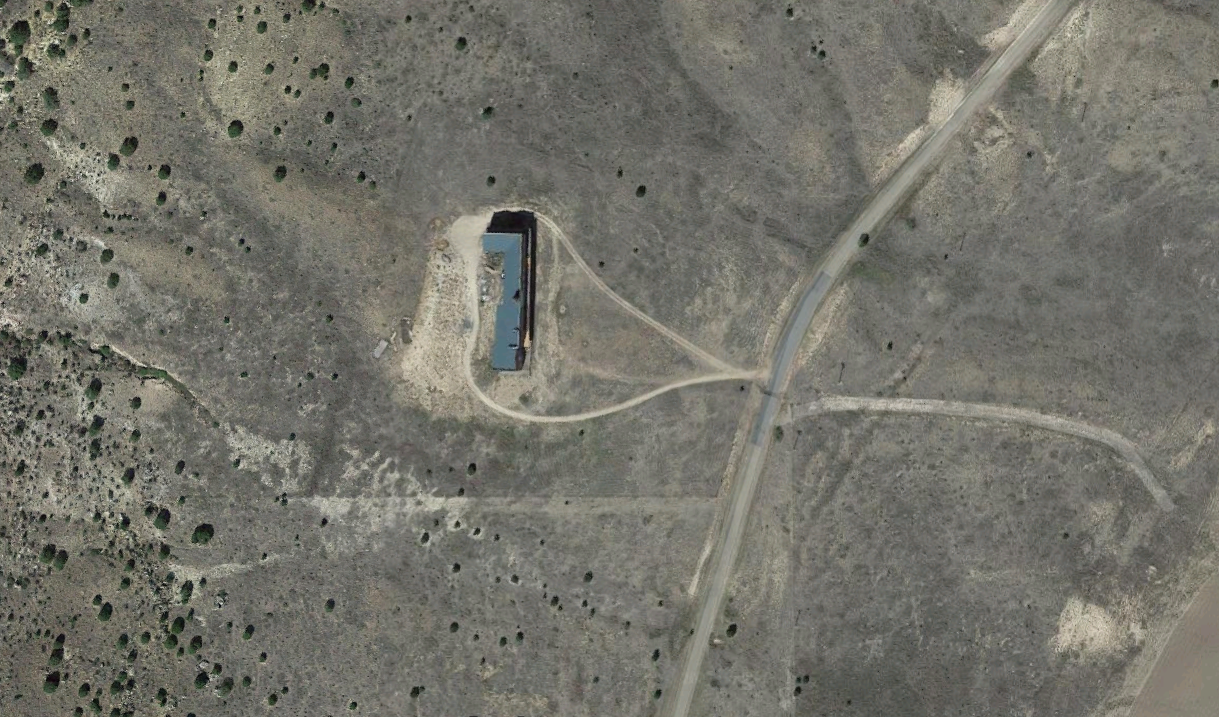 So imagine my surprise when I was driving across the desert and happened upon what appeared to be (and still appears to be on Google Maps in 2021) some sort of weird old west strip mall. (The tiny town of Kenton is a few miles south, but why this was built here is beyond me. I have my picture from 2012 because it struck me as so odd then: 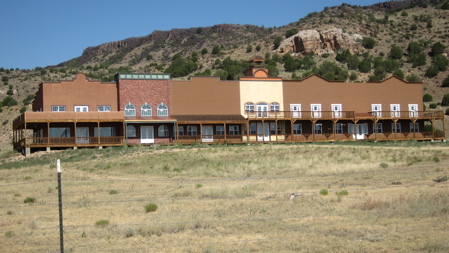 Which brings me to the post office in Waterbury. Obviously, this building used to be used for something else. What? I don’t know. I do appreciate the federal government’s frugality in keeping the same ugly shiplappy siding scheme though.

Perhaps this wouldn’t be so out of place in, say, Goshen or Franklin or some rural Connecticut town like that.

But in Waterbury? It strikes me as ridiculous. Wonderfully so. 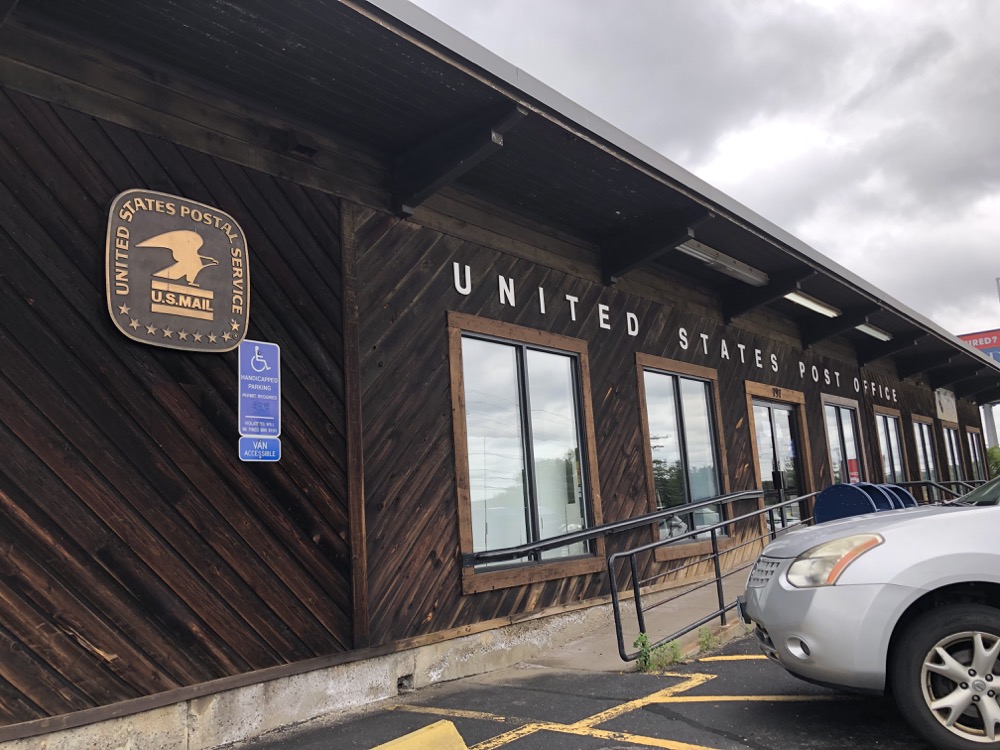