I used to live in Manchester as well as Glastonbury. I became familiar with the backroads between the towns that avoided the highways. But even so, there is a whole section of Manchester that I was wholly unfamiliar with until I started walking some of these little MLCT properties in the extreme southeast section of town. 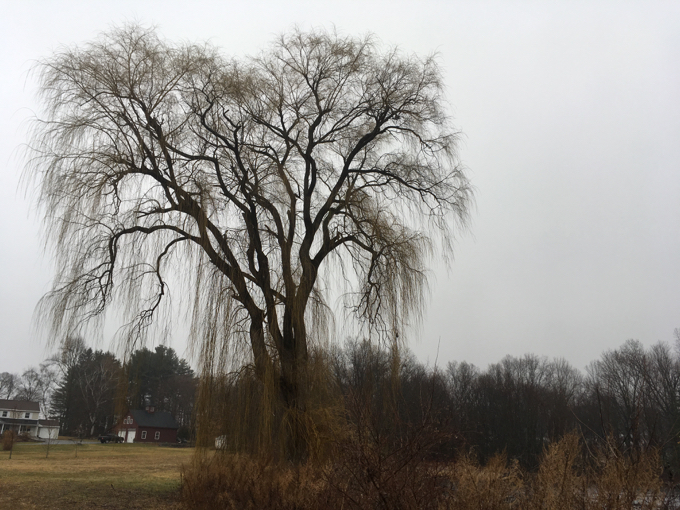 It seems to be a pretty nice part of Manchester and has a very different feel from the other parts of town I’m more familiar with. It’s almost pastoral.

While there are several new developments in this area, the MLCT has done a decent job of protecting some open space. I’m sure it helps to have wetlands in the middle of it, but this Buckland Pond property is one such area. 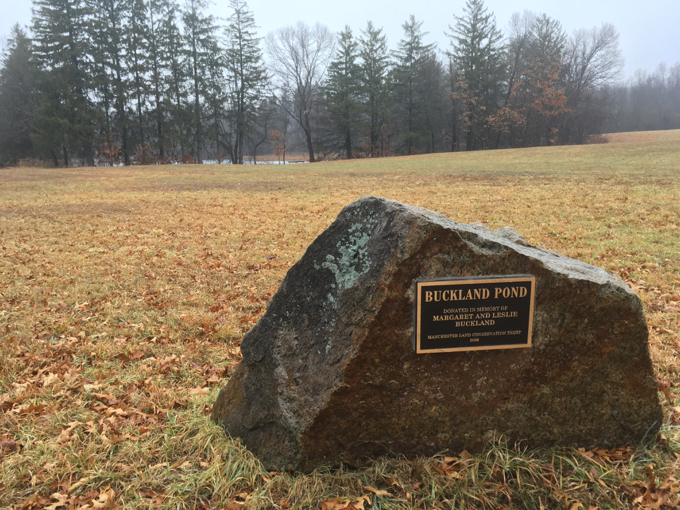 One issue with some of the MLCT properties is the lack of parking areas. Fortunately, these roads aren’t too busy and I am able to just sort of leave my car on the side of the road. (And in some cases, like this place, I can pretty much see my car for the entire “hike.”)

The MLCT seems aware of this issue, as they wrote in 2010:

The Trust hopes to get a small parking area build off Bush Hill Road. Parking seems to be the only thing keeping this beautiful parcel from becoming a popular spot to take a nice walk around the 1/2 mile loop trail. 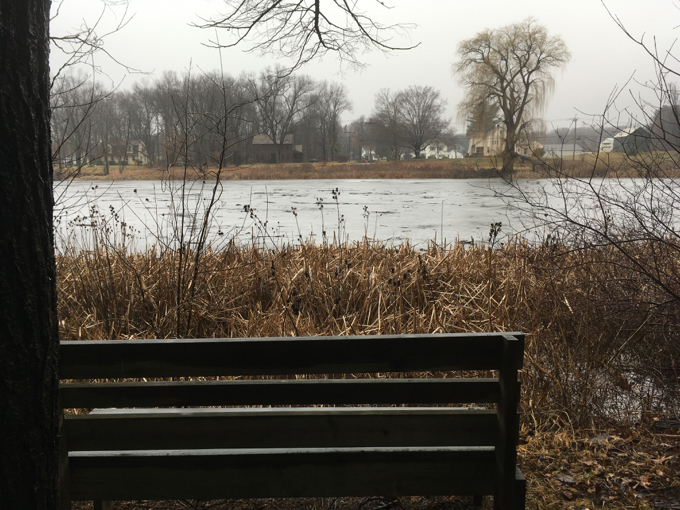 Buckland Pond is a small pond. A trail circumnavigates it. That’s pretty much it.

Except it’s really not. There are a bunch of really nice bird boxes… I assume for bluebirds. Someone makes the effort to keep this trail pretty well cleared throughout the year and keeps up with the two bridges and several benches along the way.

Well, most of the benches anyway: 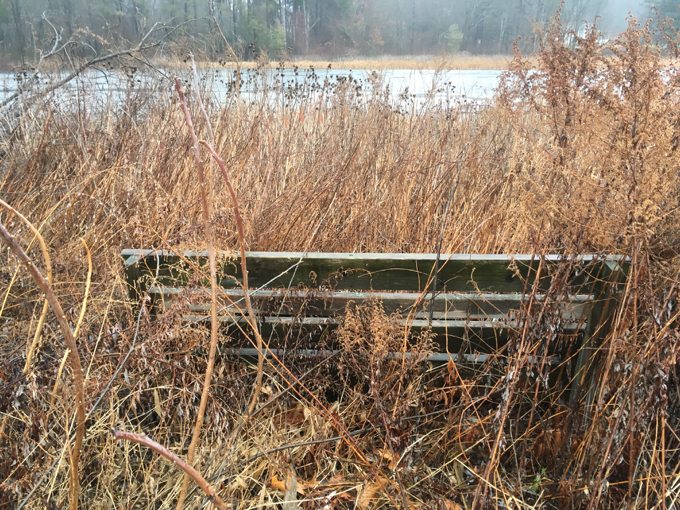 Don’t let that bench color your perception, because on the far side of the pond, someone got creative with this one: 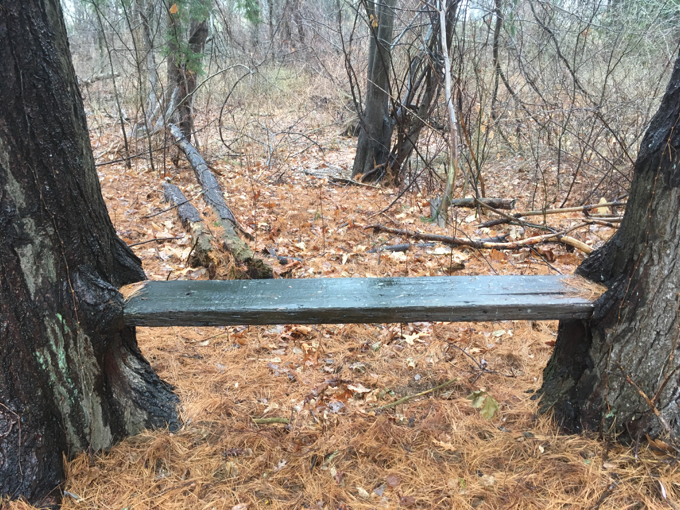 I don’t think I’ve ever seen that before, and I’ve hiked thousands of miles and have passed by hundreds of benches.

Aside from the unnatural natural bench, I’d say that the highlight of this property is the massive willow tree by the pond. I’m sure it’s quite striking in the spring. In 2010, the MLCT had the tree trimmed and “saved”… well done.

A bunch of work was done here in 2009 or so, including some Eagle Scout projects and massive clean-up efforts. I’m sort of glad they left this old tiller (or whatever it is). It adds flavor. 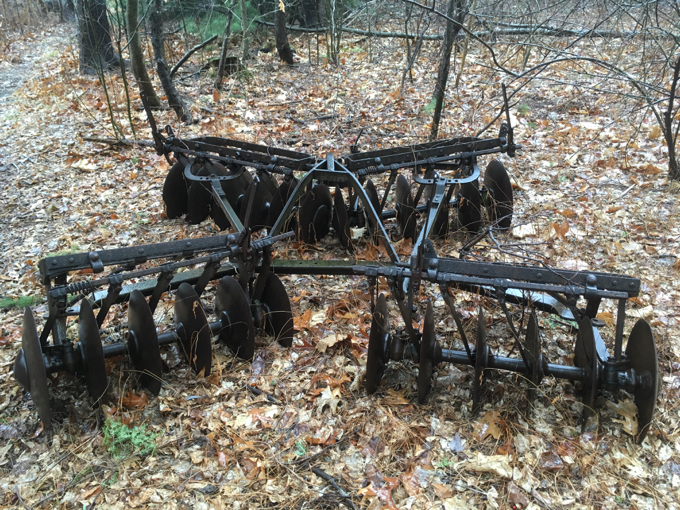 My walk around the pond was complete in about 10 minutes, but I rather enjoyed it. Seriously, this is a nice little place in suburban southeastern Manchester. (A short road walk will bring you to Barnwood Trail at Griswold Park on Hills Street, though there’s absolutely no reason to do this.)