When I began completing Manchester, I knew I would have to walk a bunch of trails that most people would tend to avoid. That’s just the nature of being a completist. It even happens in the Catskills and the White Mountains. 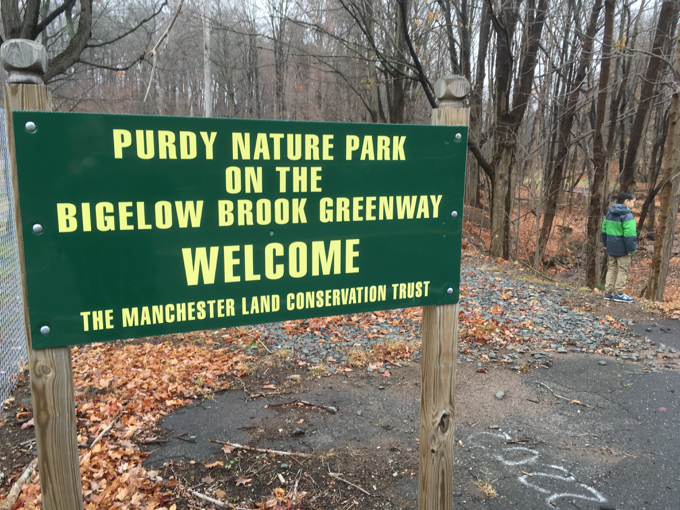 So when I go down to the level of little town trails in urbanized areas in post-industrial Connecticut, I knew what I was in for. The Purdy Nature Park Trail did not disappoint. 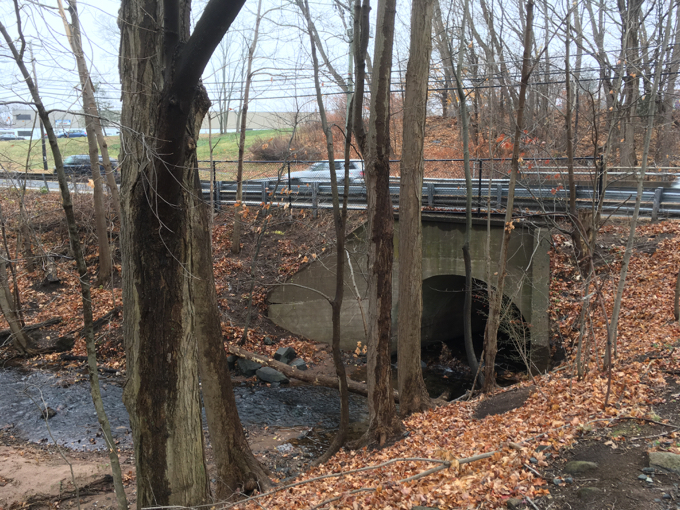 But, as I always caveat these things, I’m glad it exists. Even if it appears to be nothing more than a cut-through for locals to get from one part of Adams Road to the shopping center on Middle Turnpike. I couldn’t find any maps online, so I’ve helpfully made one for you, for your future Purdy Nature Park Trail hikes with friends and family. 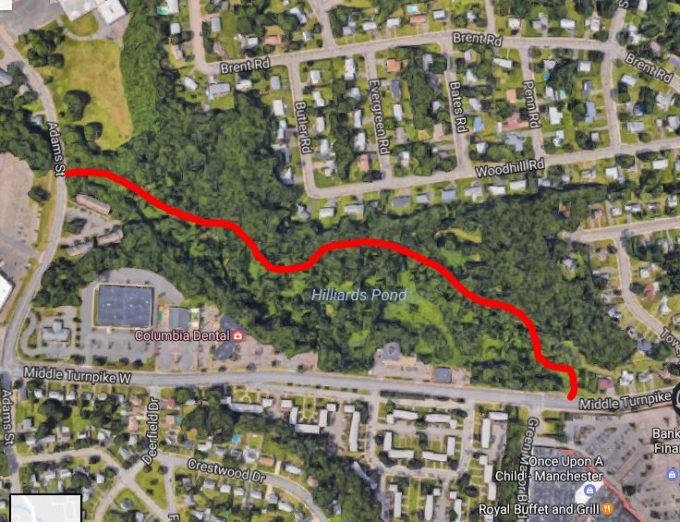 This little trail is managed by the Manchester Land Conservation Trust folks, and I’m sure there are beneficial aspects of it. They probably cleaned up Bigelow Brook and there is some history here with dams and such that powered the Hilliard Mills just downstream. (And yes, there’s a ton of history at the Hilliard Mills.) 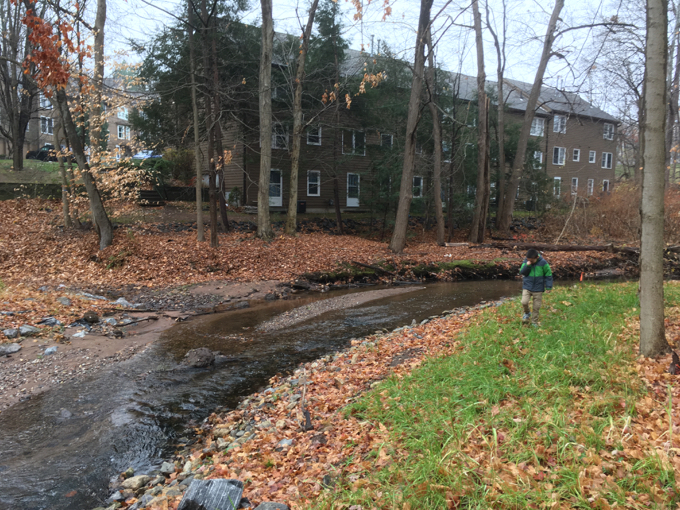 The Hockanum River Trail folks maintain trails just to the north of here and they have similar drawbacks, but somehow they are just so much cooler to me.

This trail is merely a woods road type of trail; essentially straight and flat, cutting the corner of the roads. There was a little bit of the expected litter, but it wasn’t as bad as you’d think.

There’s the brook (and even a signed spur “Brook Trail” that appeared to be about 40 feet in length).

There’s a bunch of storm drain caps with animal turds on them. 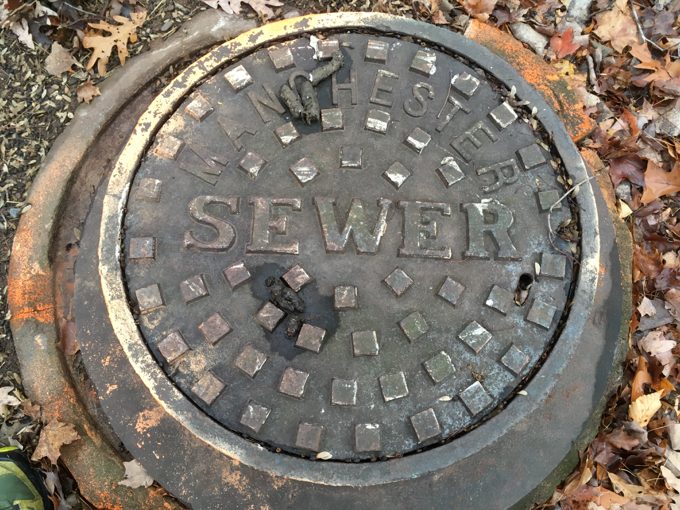 There are trees, some of which are even identified. 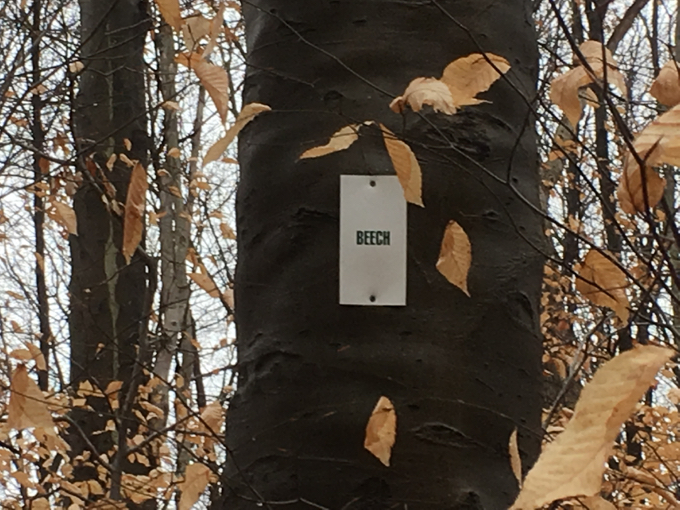 And we found a cool silver ball that we kicked down the trail to keep us interested. 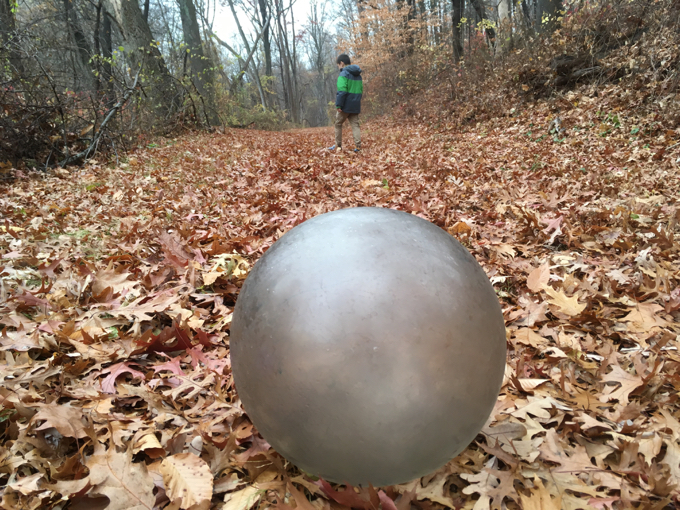 That was that. Perhaps it was Damian’s moodiness, or the gloomy skies, but there was just something unsettling about the Purdy Trail. I expected to come upon unsavory characters along the way (I didn’t) or at least a roving band of blunt-smoking teens back from a trip to the Qwik-E-Mart (missed them too).

But whatever. Another notch in my belt on the way towards total Manchester completion. I’ll take it. 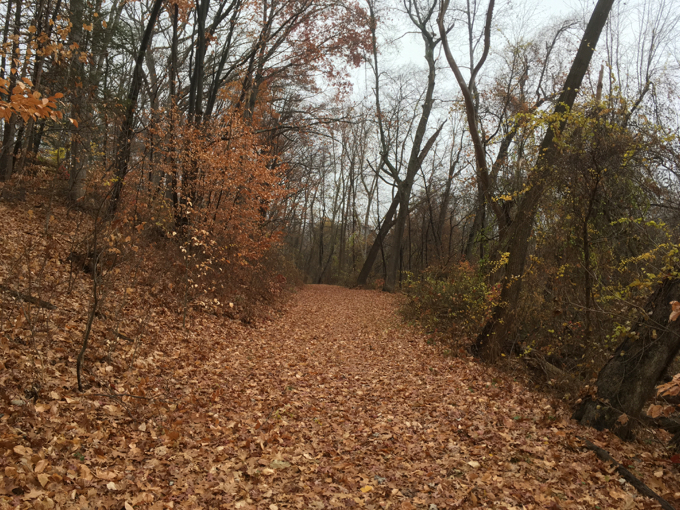