This Library is a Hoot
Oliver Wolcott Library
Litchfield

I’ll admit, I’m not your typical “center of Litchfield” photographer. Sure, the main block of businesses is pure New England. Everyone is drawn to the First Congregational Church and its picture book white steeple. The row of historic homes on South Street just south of “downtown” is stunning. And I love all that – I do!

But this page is about a very different building on South Street, smack dab in the middle of all those historic homes: The Oliver Wolcott Library. Certainly an inspiration for me to create my own little list of what I call The Connecticut Cool Library Trail.

The library has some history too – and it can be confusing. The library has been in existence in some form and at some site since 1862. The Library’s first home was the Seymour Building, a square red brick structure on South Street. The founders named the new facility the Wolcott Library Association in recognition of Oliver Wolcott’s grandson, Julius Huntington Wolcott, an early patron. We’ll get to the Wolcott family in a minute.

In 1870, another group formed the Litchfield Circulating Library Association in the same red brick building. The two associations amicably shared their collections; however, the general public was effectively excluded as payment of dues was required to join either library. Not cool, but typical of the time. 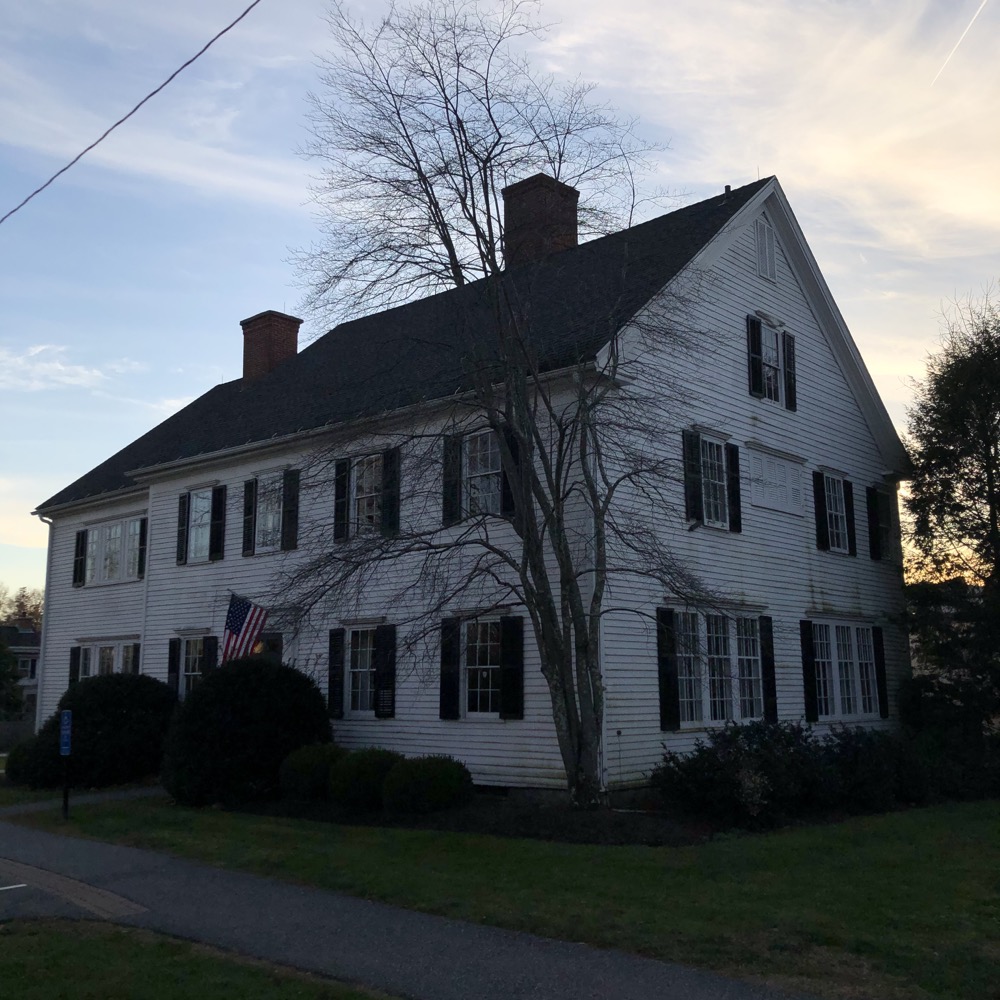 In 1901 the two associations joined forces to build a new building nearby that would serve as the library and the Litchfield Historical Society, and the Library would be “as free as the air to the people of Litchfield.” It was built by a guy named John Arent Vanderpoel. Cool.

In July of 1901, the Noyes Memorial Building, named in honor of Mr. Vanderpoel’s grandmother, Julia Tallmadge Noyes, was completed and dedicated and opened in 1902. It served the town well for 60 years but a larger space was needed. Now it gets confusing… stick with me here.

The Oliver Wolcott, Jr. House was just down South Street. The house was built by Elijah Wadsworth in 1799 and sold to Frederick Wolcott in 1800. Oliver Wolcott, Jr. acquired the house in 1814 and enlarged it considerably in 1817. Oliver Wolcott, Jr. was born in 1760 and went on to serve in the Continental Army during the American Revolutionary War, and later become the 2nd United States Secretary of the Treasury from 1795-1800, and the 24th Governor of Connecticut from 1817-1827. 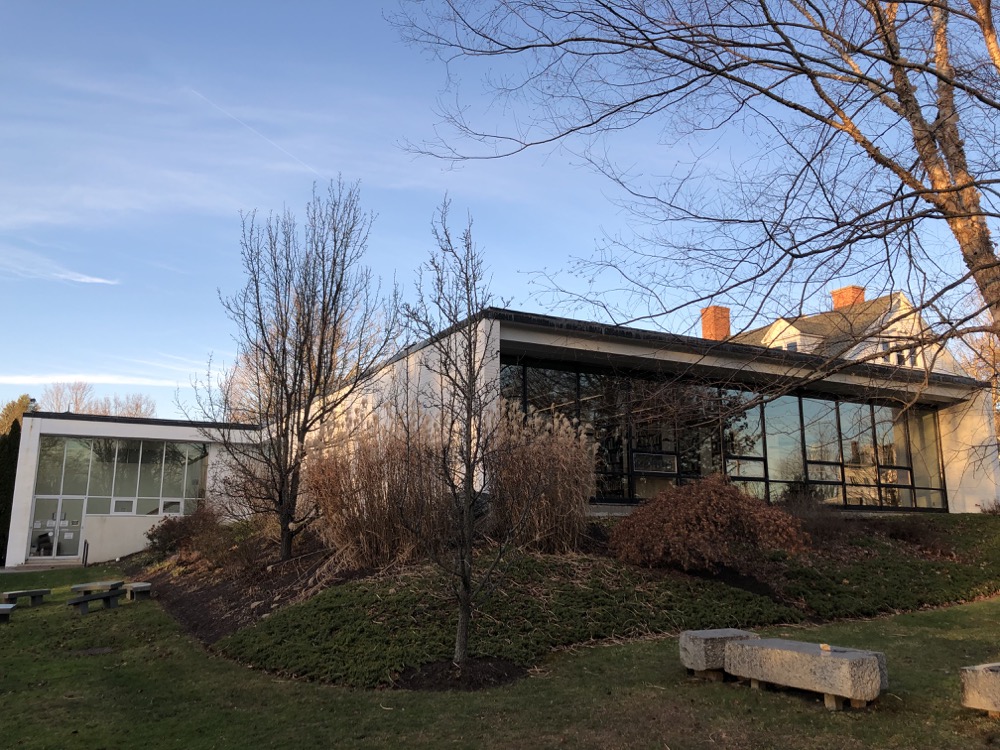 Okay, fast-forward to 1966. The Historical Society and the Library said, “we’ll give you the large historic Wolcott House if you give us your half of the original building.” Done. The Library needed more space than “just” the Wolcott House, so they engaged Eliot Noyes and Associates of New Canaan to design a modern addition to the Wolcott House.

So the library was housed in the Noyes Memorial Building with the Historical Society but moved to the Oliver Wolcott, Jr. House which was owned by the Historical Society who got the vacated library space at the Noyes Memorial Building at which point the library contracted with Harvard Five famous architect Eliot Noyes to expand the Wolcott House. Got that?

I can’t imaging Eliot Noyes was any relation to Julia Tallmadge Noyes, but I don’t really know. What are the chances? Or maybe that’s why he was chosen? Eliot Noyes is a favorite of mine and I’ll mention yet again how fortunate we are to live in Connecticut – a hotbed of mid-century modernism. (Litchfield has several preserved MCM homes.)

Eliot Noyes studied at Harvard University receiving his masters degree in architecture in 1938. Noyes was a member of the Harvard Five, a group of modern architects who practiced in New Canaan and his residential and industrial designs established him as a leader in the fields of both post-war American architecture and industrial design. From 1939 to 1946, he served as the Director of the Department of Industrial Design at MOMA in New York, where he was instrumental in promoting the early work of designers such as Charles Eames. Noyes founded his own architectural and industrial design practice in 1947. He favored open spaces and clear geometry and was a strong advocate of functional Modernism. Noyes’ work was firmly grounded in the tradition of Gropius, Breuer & Le Corbusier. He advocated simplicity of form and truth to the nature of materials which is seen particularly in his houses. His use of modern design combined with the historic nature of the 1799 house remains a testimony to his gift of architectural design. 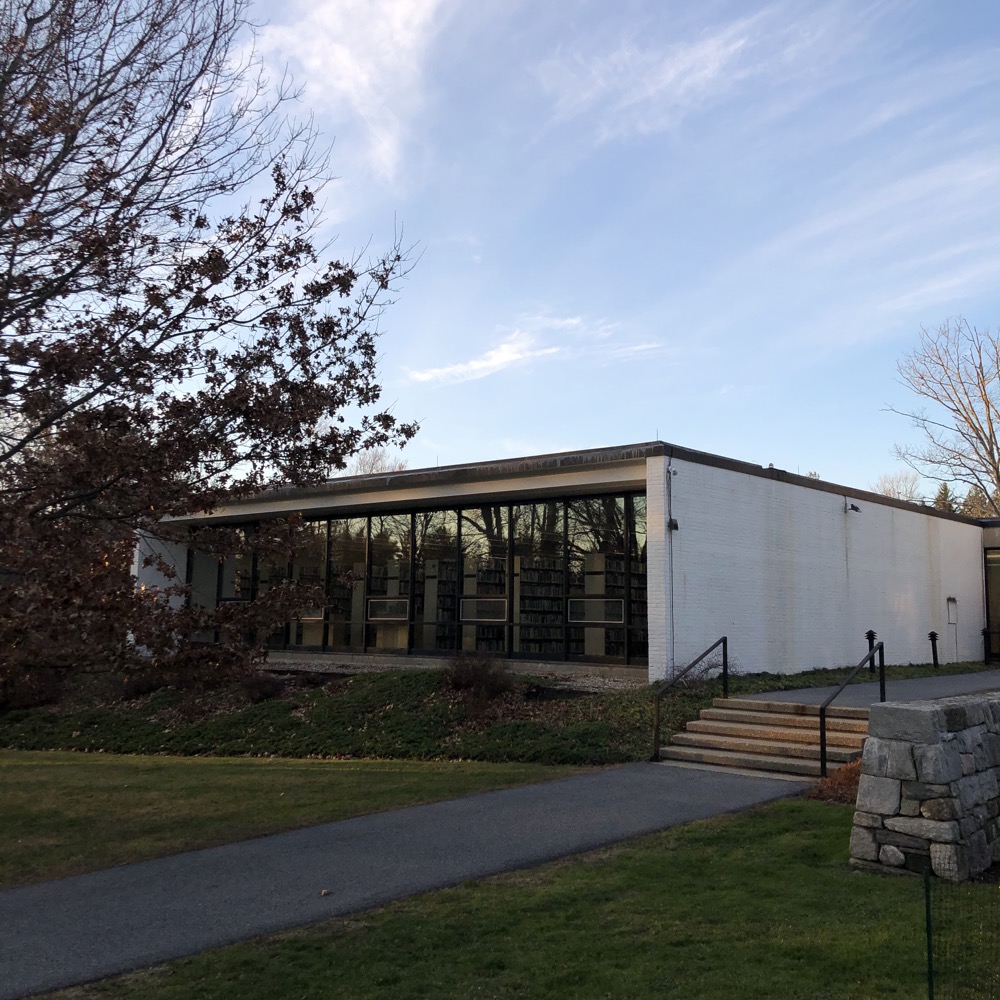 Hoang and I got to visit Noyes’ former home in New Canaan and it was rad.

The library is a unique blend of two ages. The modern wing is purposely hidden from South Street as all one sees is the classic 1799 white colonial home. Of course there are other libraries with modern additions, and several with mid-century modern design elements. But OWL’s has to be one of the coolest.

As with many from The Harvard Five and their instructors, Noyes designed the space with giant windows to bring nature “inside,” so to speak. The area where the books are located is infused with brilliant natural light on most days, and it’s a great example of a space that most people think they’d hate until they experience it. There is also a large and brightly-colored children’s room that was part of Noyes’ original design. The connection to the outside is perfectly executed here – and the connection to the centuries-old house is nearly seamless.

Hats off to those forward-thinking Litchfieldians who saw the potential for architectural greatness in 1966 and took the leap. What still stands in use today is one of the coolest libraries in the state, bar none. And I love that they highlight both elements in their well-designed logo. The OWL is a hoot. 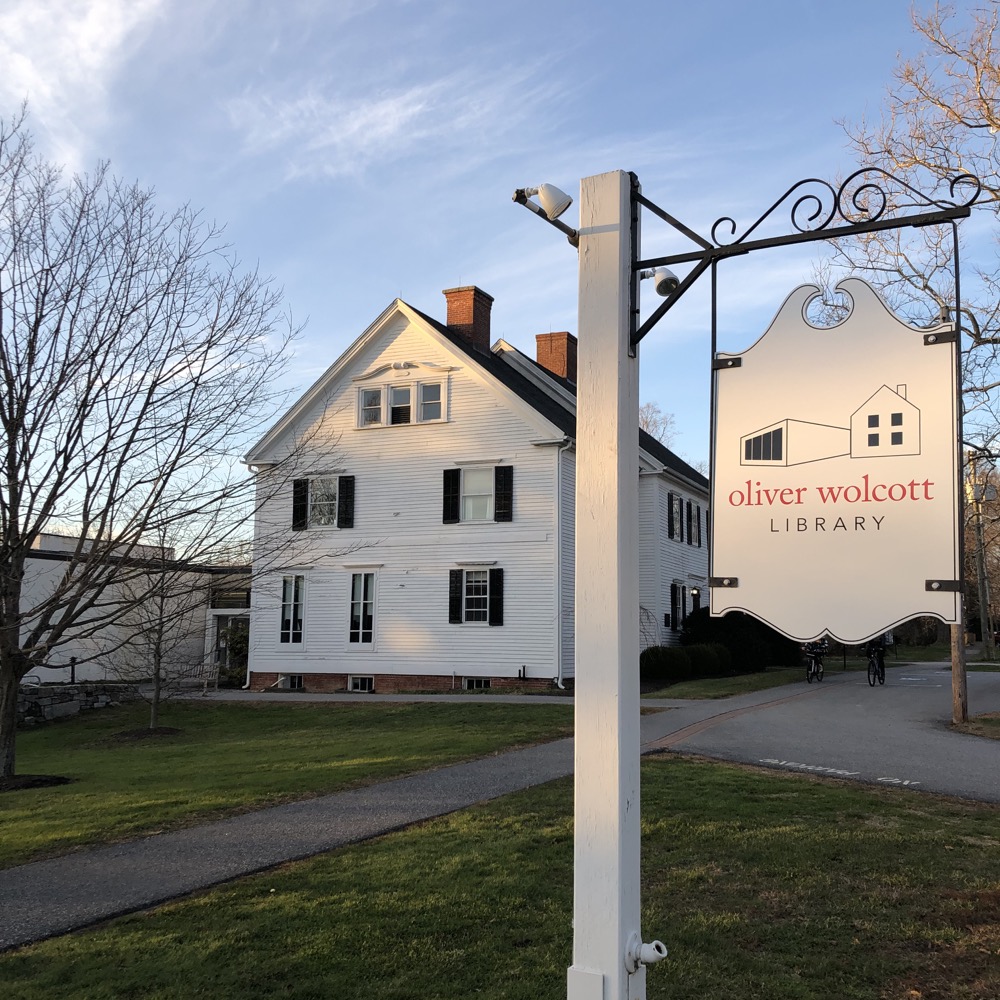