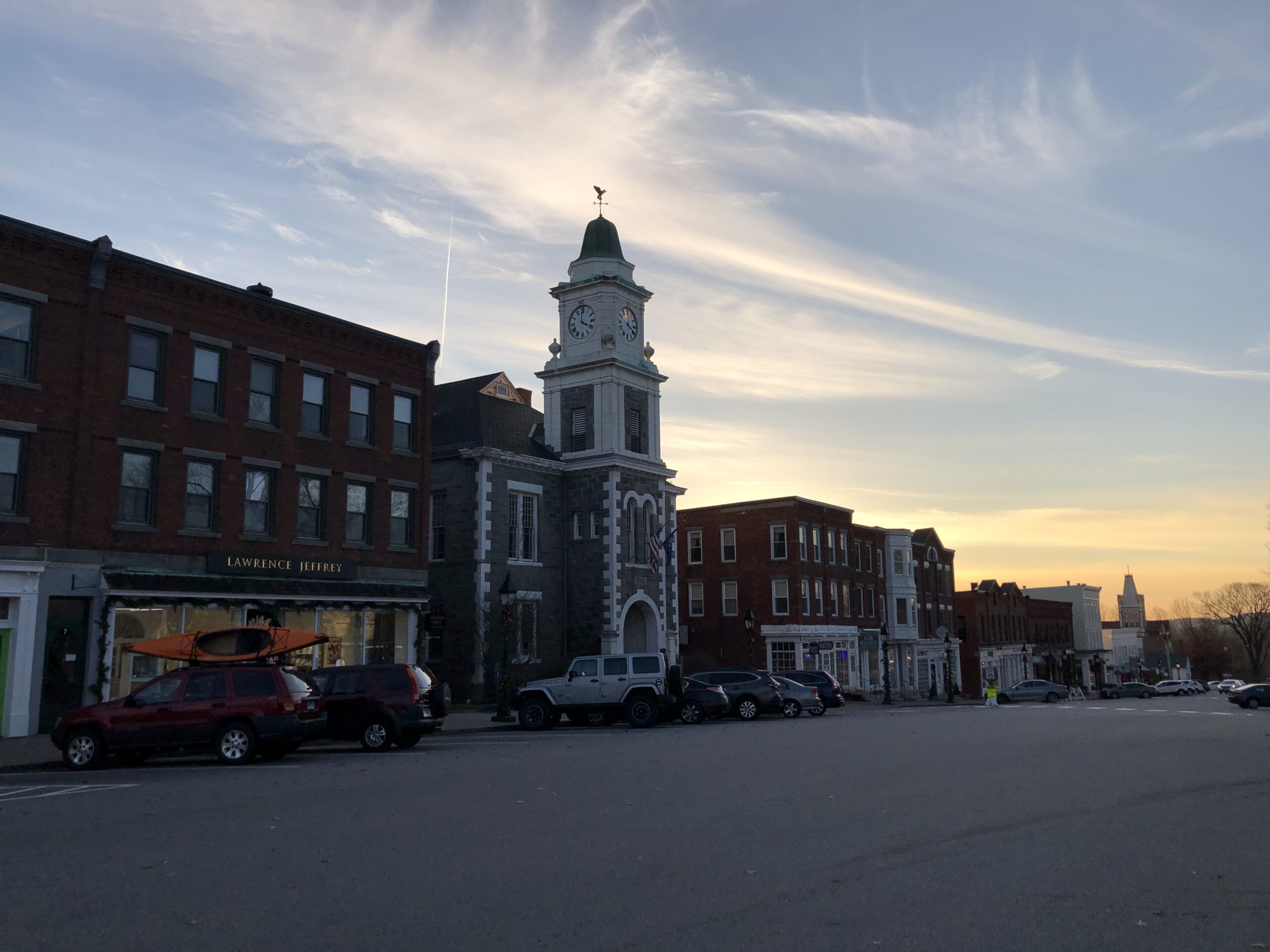 Regardless of all of that, we can all agree that “downtown” Litchfield is wonderful. The green, the restaurants, the… I have to say it… the New England Charm. It retains a bit of its 18th century roots which, of course, is why it’s a Landmark.

Let’s start with the Green. A true Green; smack-dab in the center of town at the intersection of the two main roads that serve it (Routes 202 and 63). And Litchfield’s Green served the purposes that all classic New England town greens served. It was originally established in 1720 and primarily used as a common pasture ground, in addition to being the site of the first town meetinghouse, which was constructed in 1723. In the following years, other buildings were built on the green, including the first schoolhouse in the area in 1732, and the county courthouse in 1751, when Litchfield became the county seat of newly constituted Litchfield County. The use of the green as pasture ceased after the Revolutionary War and became used as a military parade ground. Its transformation into a park began in 1836, when it was officially designated by the town as such. The green was used as the center for recruitment during the Civil War and was also the place returning soldiers were welcomed. In the 20th century, various trees and shrubs were planted, and benches added as well. Several war monuments as well as a memorial fountain were also constructed. 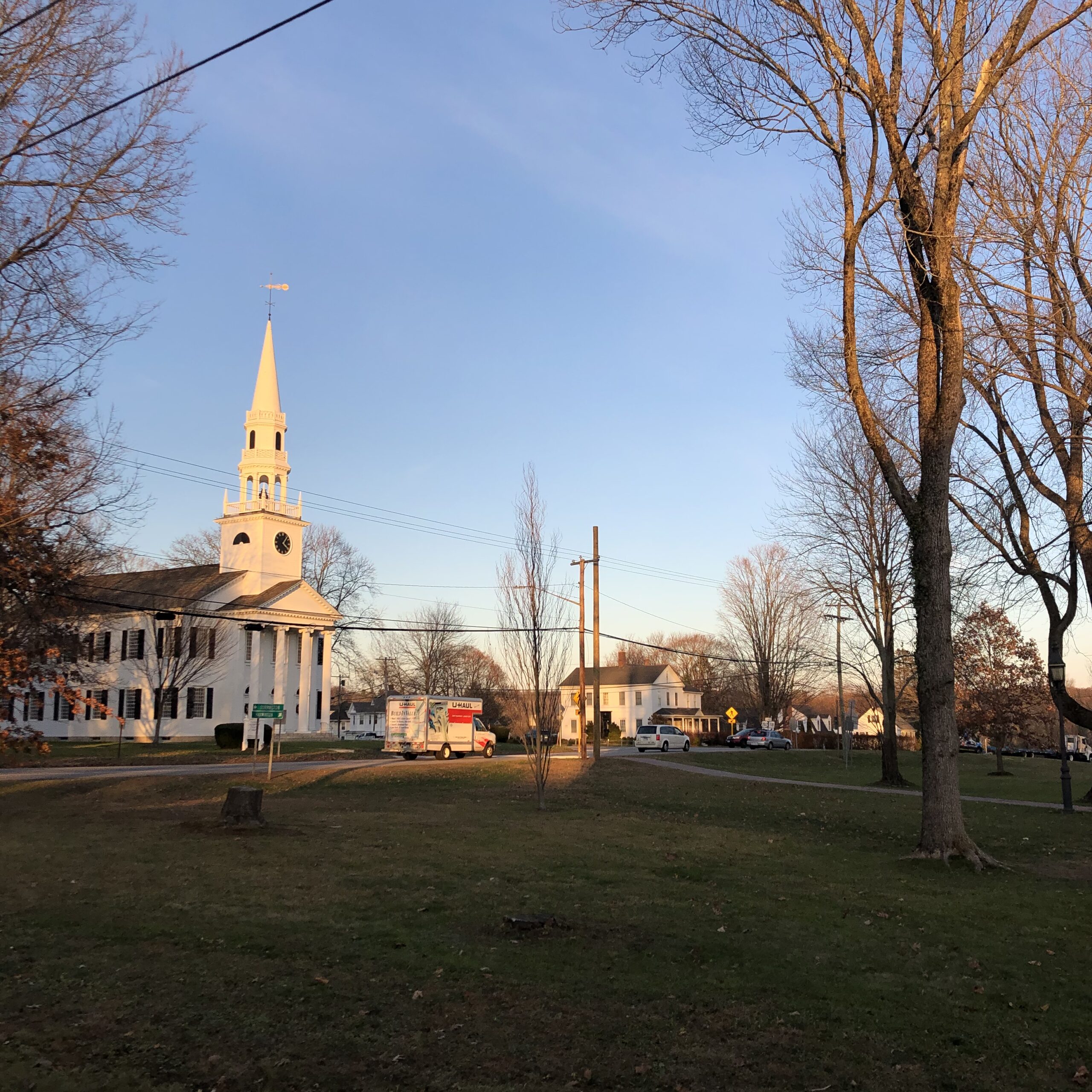 Today, it mostly serves as a pretty interlude in between restaurants and high-end shopping. The National Historic Landmark District extends in all directions from the green. And Litchfield makes it easy to know where you’re going, as the four roads extending from the Green are named North, South, East, and West Street. (Okay, West Street is a tiny little thing, but it exists.)

On South Street is the Tapping Reeve House and Law School, also known as Litchfield Law School, a one-room schoolhouse that was the first law school in the United States and where Aaron Burr, John C. Calhoun and others studied. The Litchfield Historical Society Museum is here too, as well as the Oliver Wolcott Library. 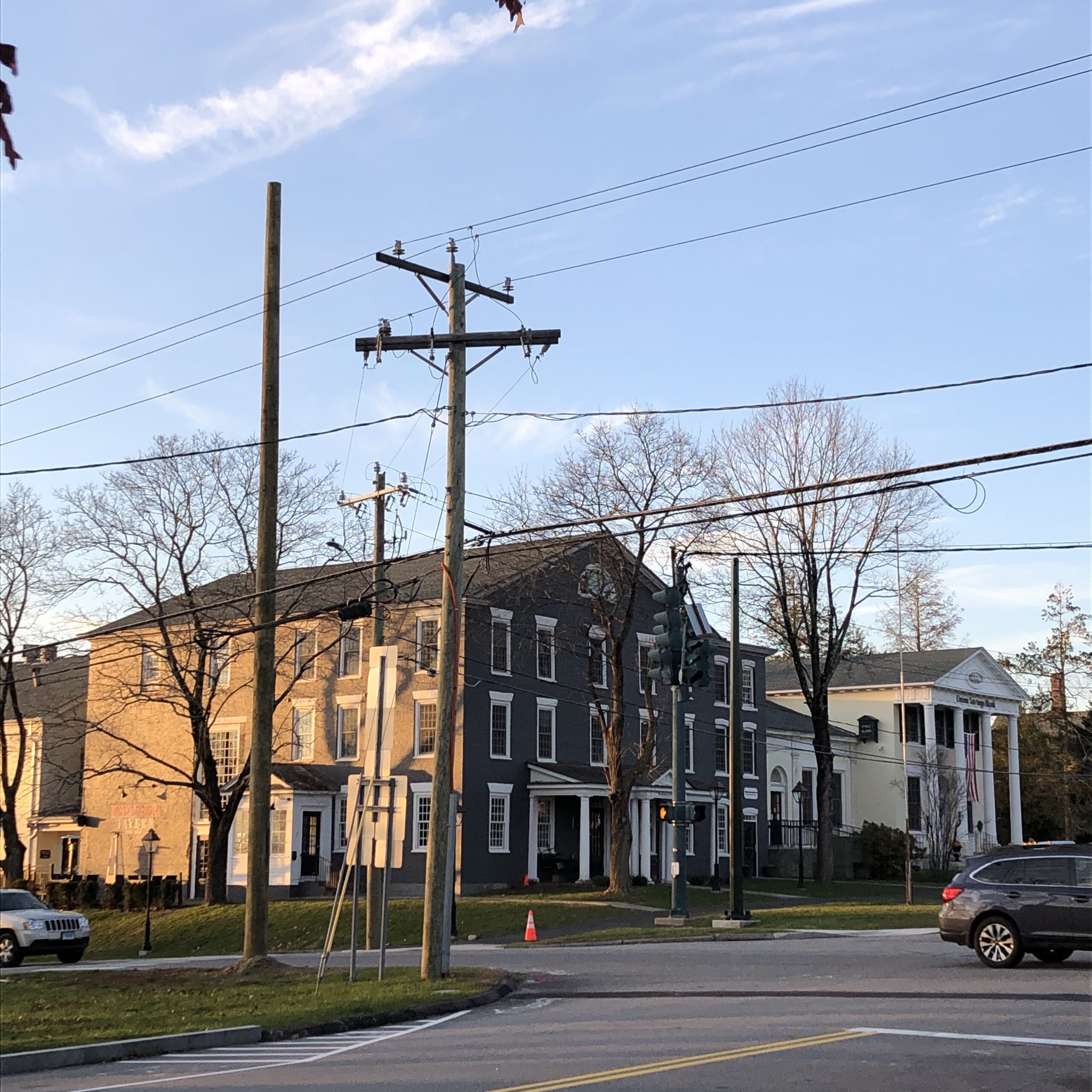 North Street features Sheldon Tavern and the Old Litchfield Jail – one of my favorite buildings in the state because of its bonkers superlative. It is (said to be) the only building wherein a jail shares a wall with a bank. It’s now a fancy restaurant of course, but it’s still a great story.

There are a whole bunch of other beautiful historic houses around here, and of course the First Congregational Church (again “said to be”) the “most photographed church in New England.” It is a lovely, classic, white steepled church but that designation is absurd. (Not that I have an issue with the absurd.) 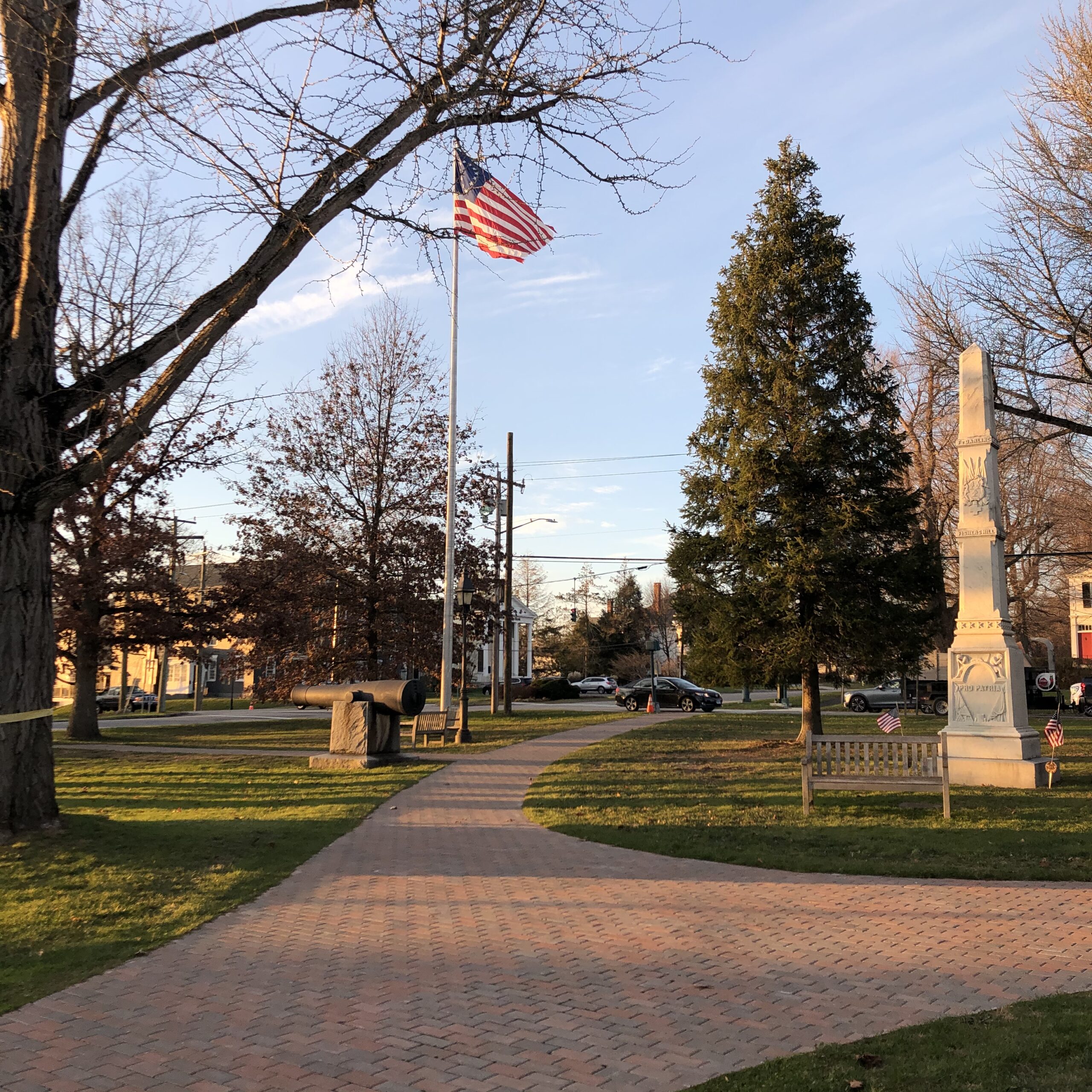 In one sense, the Litchfield Historic District National Historic Landmark may be the see the most people of any of our landmarks. Certainly in the top two or three. Of course, less than one-percent of the people who drive, shop, and eat here have any idea about this, but that’s okay. Litchfield has done a great job preserving a lot of its history even as it has become a hub for some wealthy New Yorkers and Hollywood folks. And for that, I salute them.