O’Reilly’s closed in September 2019 after 22 years in business.

Aye, lasses and laddies! It’s time for another visit to one of my favorite types of things I visit for this website! Surely some of you are wondering, “why is Steve devoting such time and energy to a gift shop in Farmington?” Aye, you must be a wee lad… for it’s another dubious superlative claim that’s impossible to verify! 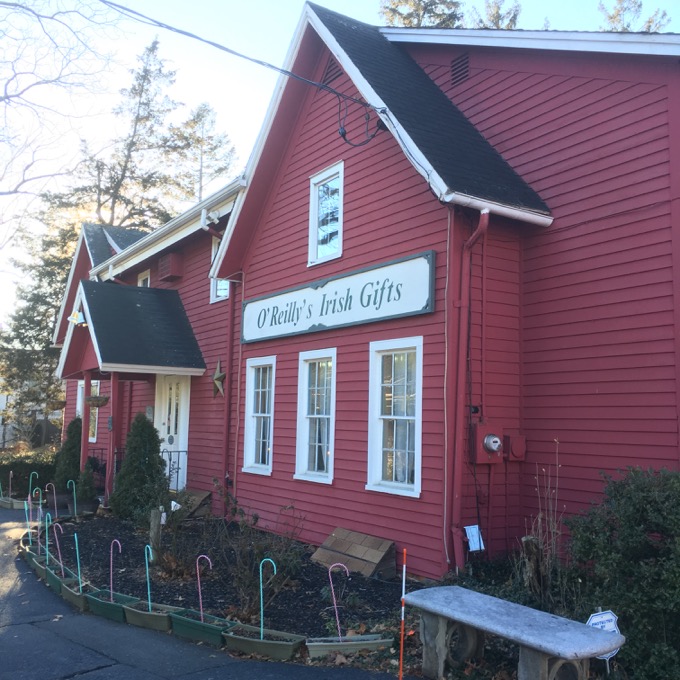 Located in historic Farmington in a farmhouse dating back to 1860, O’Reilly’s boasts the largest selection of Irish and Celtic products this side of the Atlantic. Started in 1997, O’Reilly’s now offers a magnificent collection of the finest products that Ireland has to offer.

And there you have it. O’Reilly’s claims to stock the largest selection of Irish and Celtic gifts in all of North and South America! That’s no small claim. And that’s why Calvin and I checked the place out. 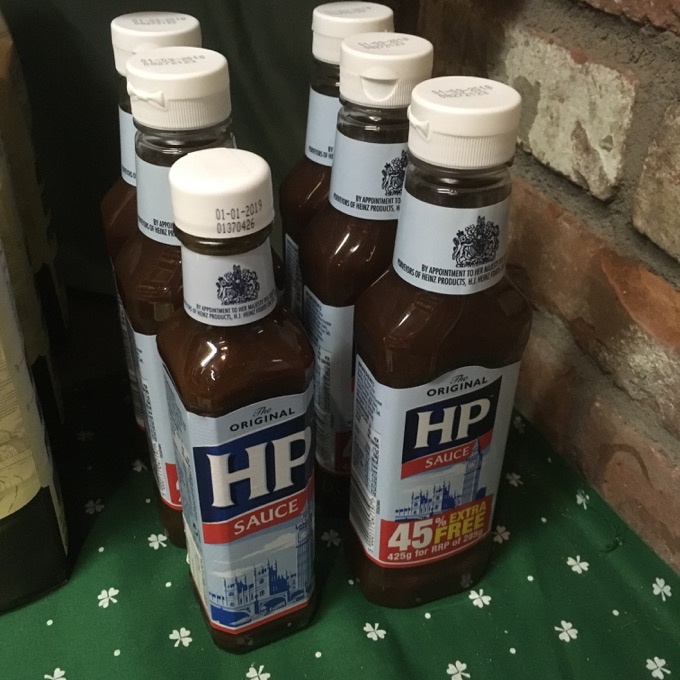 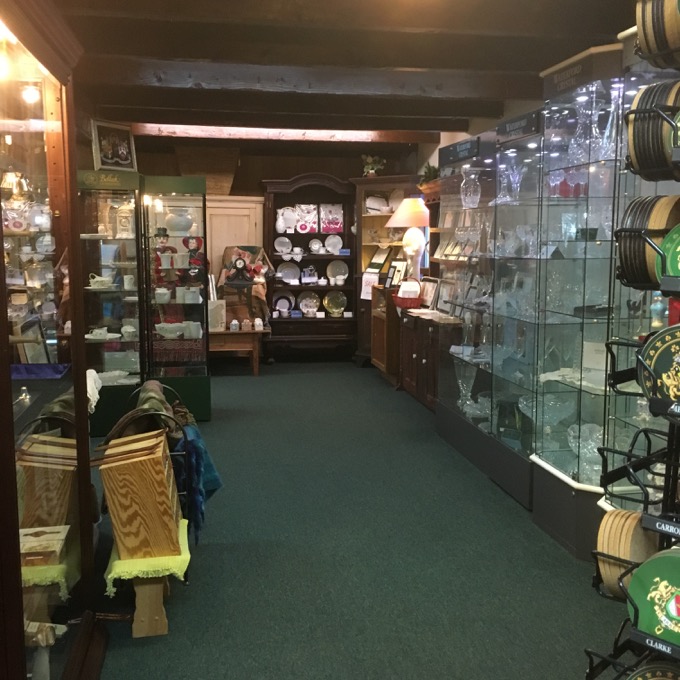 And that’s why the claim is impossible to verify. Which is why I treat these types of claims as you’d expect: with proper reverence and respect. If a Connecticut entity claims it, it must be true. That’s a core tenet of this website.

Upon entering, my first thought was, “oh, come on. What are these people thinking?” But cutting to the chase, don’t be fooled as I was by the intimate feel of the place upon first impressions. The store goes on and on and on. Upstairs, downstairs, back there, over there, in that room, through that door… 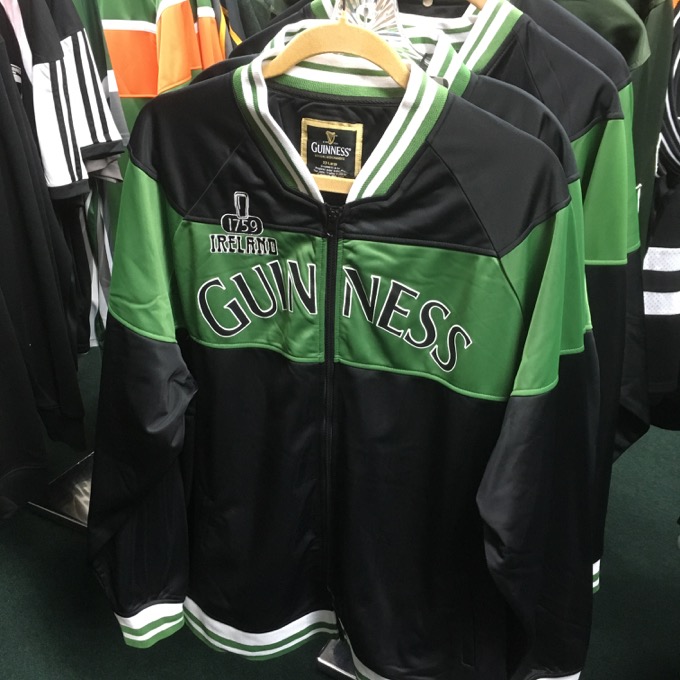 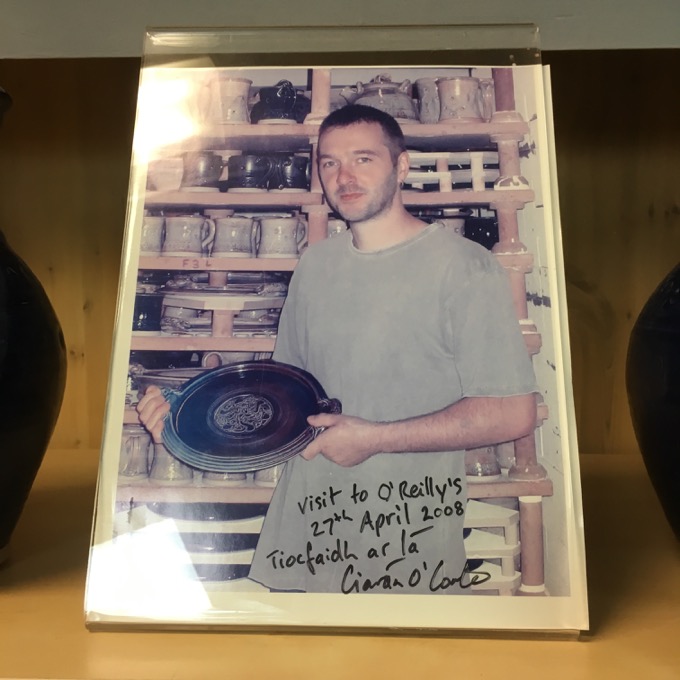 Is it really the largest selection of Irish and Celtic stuff in America? Let alone two entire continents? I have no idea, but it has to be close at least. They’re the ones making the claim, not me.

I’m not Irish. I’m not Catholic (there are LOTS of things to buy for first communions apparently). And I have no interest in crystal or fancy dishware. That takes me out of the market for half of this store. But that’s not really the point, is it?

From hand made wedding bands, gold and silver jewelry to traditional Aran sweaters, Capes, Waterford crystal, traditional foods and much much more, O’Reilly’s has the Irish gifts that you’re looking for. 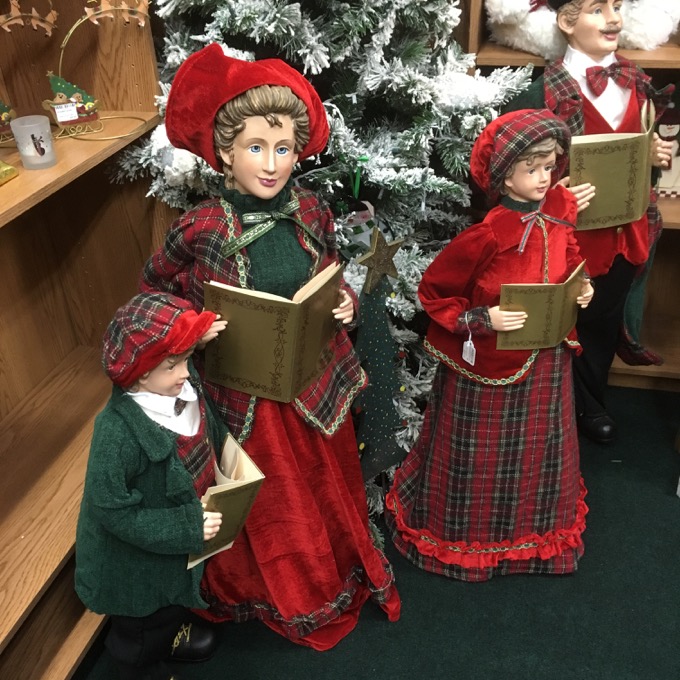 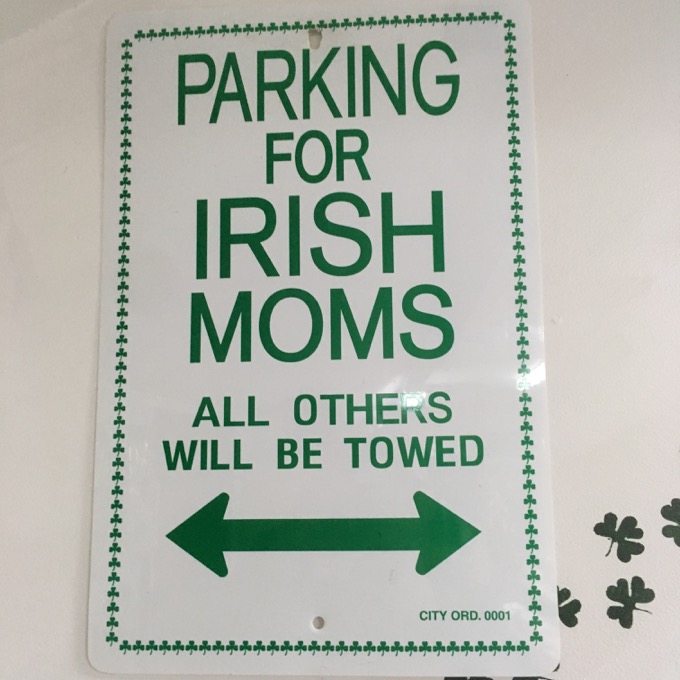 Which put me in a bind. I wasn’t looking for any Irish gifts. I was there to take too many pictures of… stuff, for the sole purpose of writing this very page about the store. And now that I’m several paragraphs in, I must admit that I don’t really have much to say.

Sorry. It’s just a store with a bunch of Irish stuff that I’m not interested in purchasing, let alone wearing or displaying in my house. Let’s see what’s over there, hm… I always knew those real Irish hand-knitted sweaters were expensive, but… 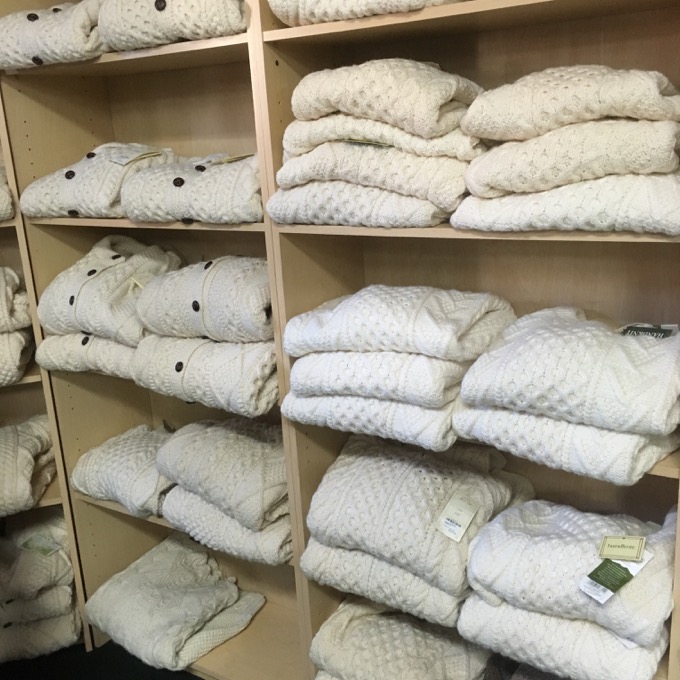 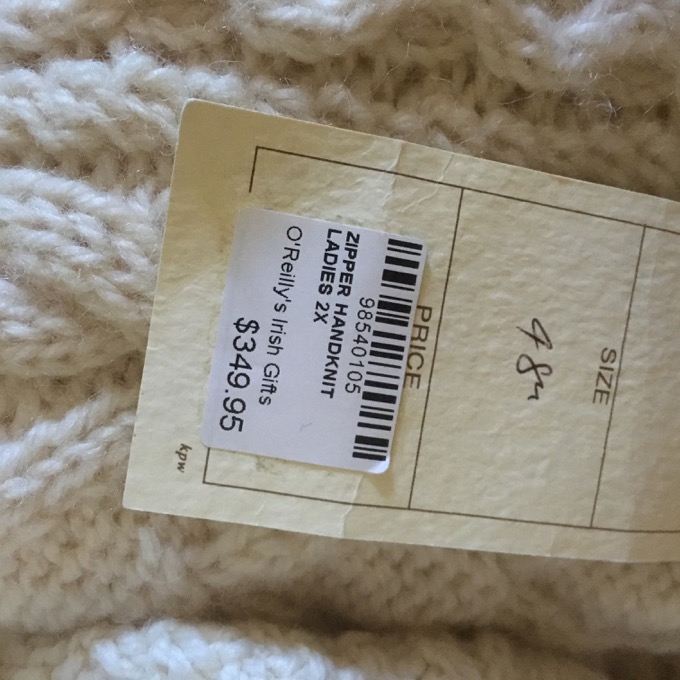 Wow. I sure hope those things last a lifetime. As Calvin and I explored the store, I simply couldn’t believe how many nooks and crannies it had. There’d be a small door with a slightly darkened room beyond and after poking my head in, I’d find it would be another full showroom of Waterford crystal or something. This store is pretty crazy and I came to believe their claim was true.

Hey, did you ever hear about the controversy surrounding the chandelier at Waterford’s Crystal Mall? In 1985, the chandelier was revealed to the public in a massive ceremony with thousands of people in the audience, according to news reports by The Day and The Bulletin. The mayor of Waterford in Ireland attended and gave the full impression that the chandelier was real Waterford crystal. 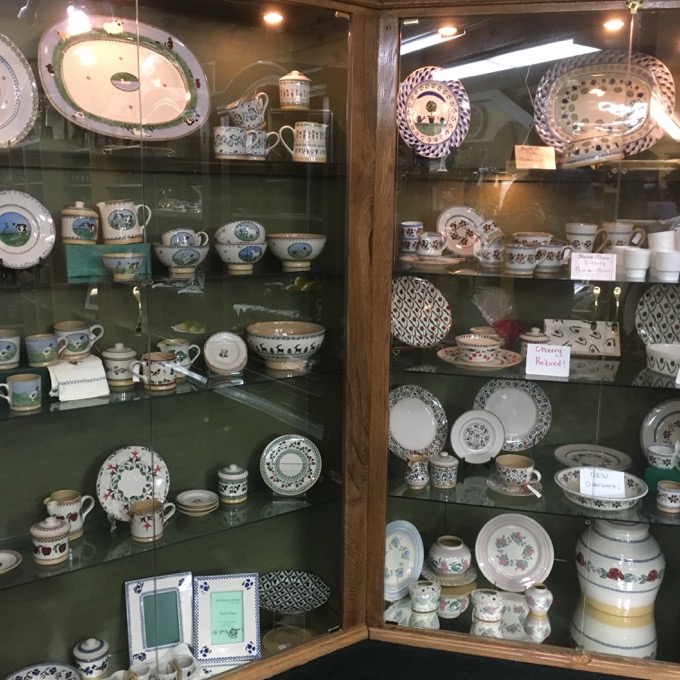 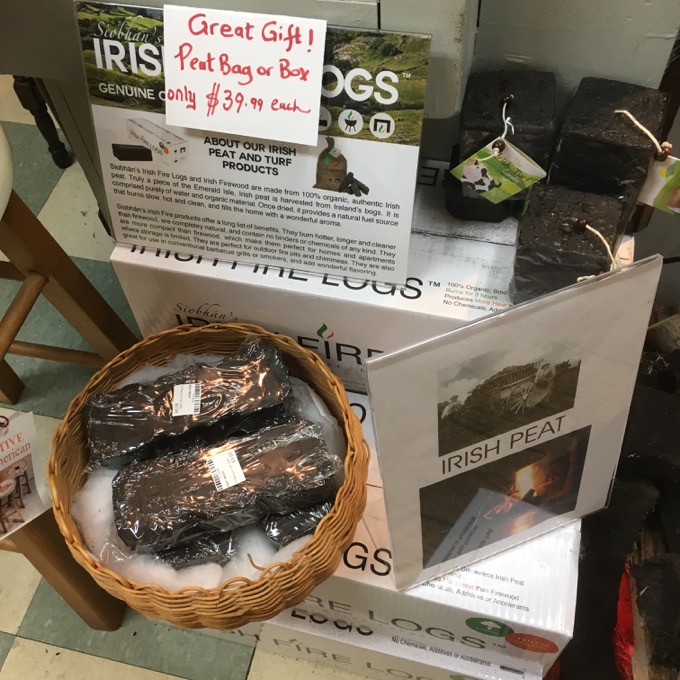 The thing is huge – more than 10-feet in diameter. When the mall announced plans for a massive renovation in 2011, they said they had the crystal tested and determined it was not actually Waterford crystal and they’d be getting rid of it. (Which is kind of funny since the mall is literally named The Crystal Mall.

Anyway, before they could trash it, some guy named Bill Canning got in touch with the mall’s owners and claimed it was, indeed, real Waterford Crystal. Canning was the chief lighting designer with Waterford Crystal for 25 years, and was responsible for building the chandelier. So apparently the thing was worth a heck of a lot of money after all. 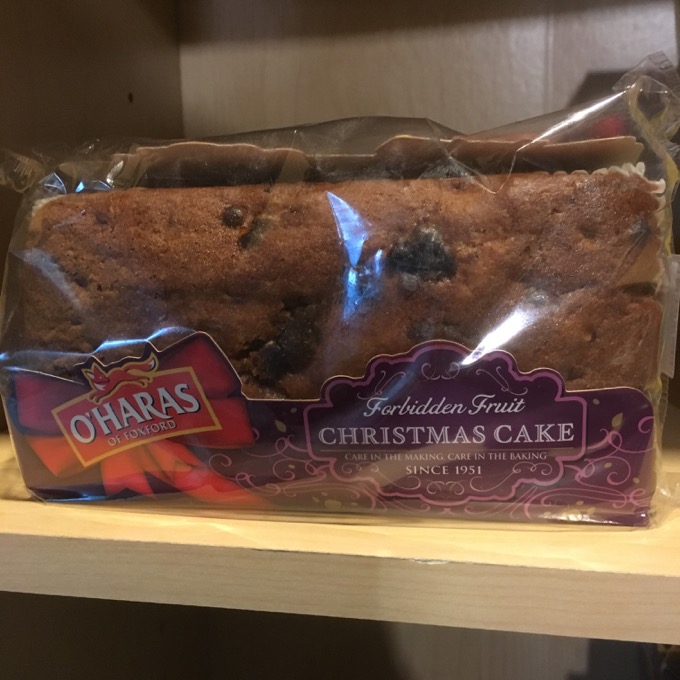 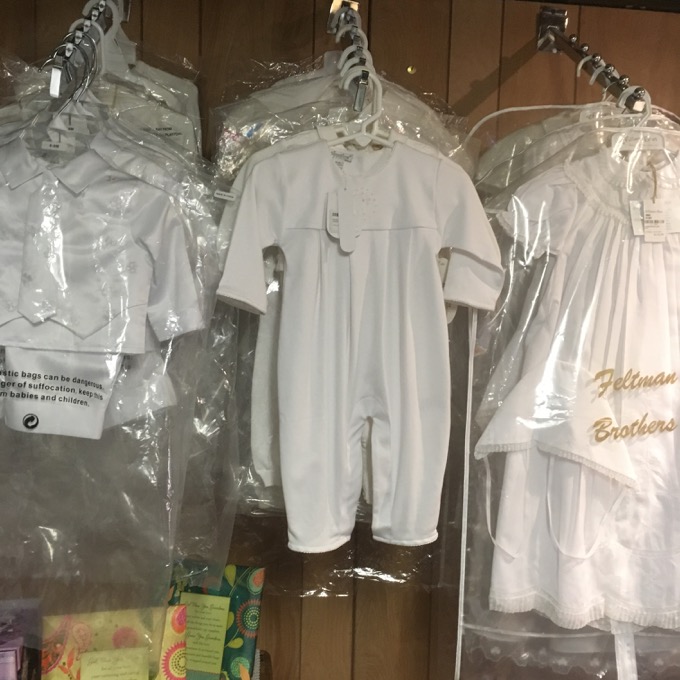 I have no idea if it’s still hanging in the mall, but I’m sure someone will tell us in the comments below. Kind of a neat story, no? A good few paragraphs to fill space while I poke around Irish pajamas and shillelaghs?

I found myself gravitating towards the food items at O’Reilly’s. Ireland isn’t exactly known for being a culinary hotspot. And apparently Irish kids eat human baby gummies. Which struck me as very weird for some reason. Bears, worms, trolls… fine. But baby humans? Weird. 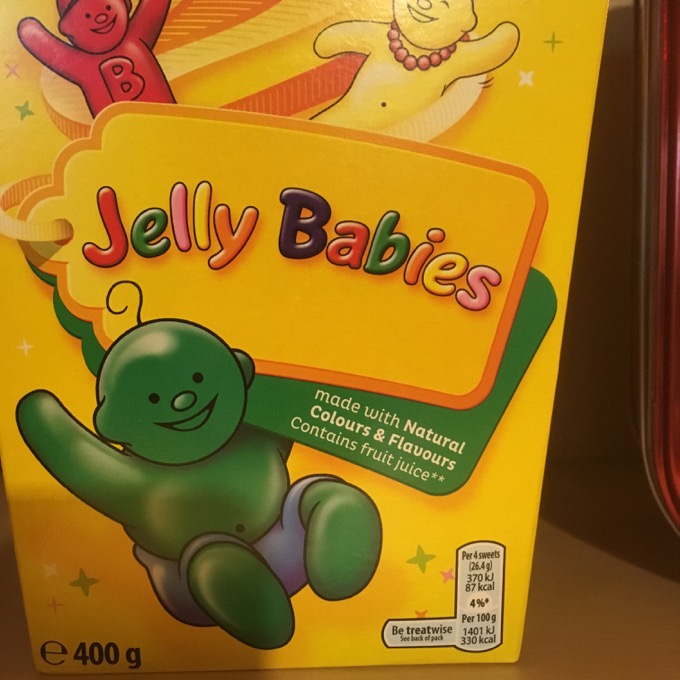 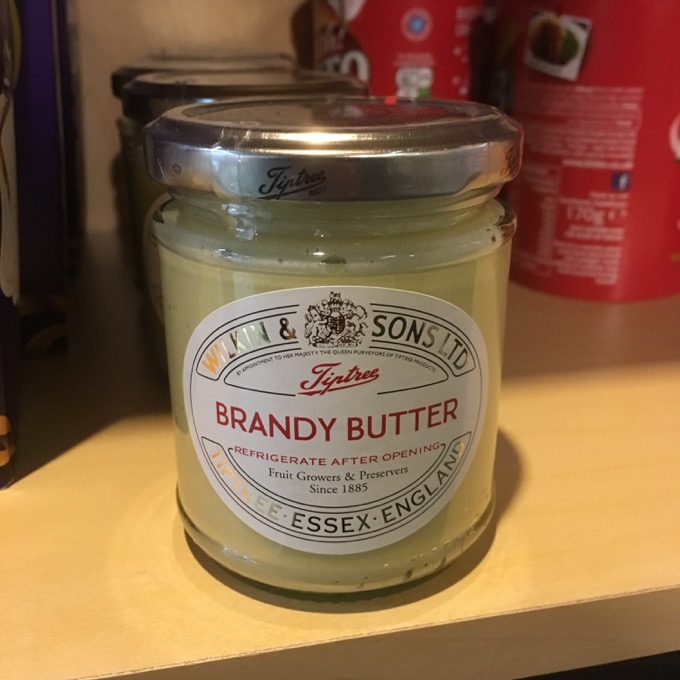 I decided that I had to buy some stuff, since the store’s employees and owners had been watching me poke around every single inch of their store for a goodly while. I grabbed some things I considered “really Irish” based on my deep knowledge of Irish kitchen traditions.

An Irish Whiskey Truffle chocolate bar, a bag of Irish Breakfast Scone mix, and of course I had to grab some of Mr. Kipling’s Exceedingly Good Merry Mince Pies. Of course, upon returning home with my items, I noticed the Mr. Kipling appears to originate from England and not Ireland. (And I’ve now just learned that you can buy these things at WalMart. Good job to me.) 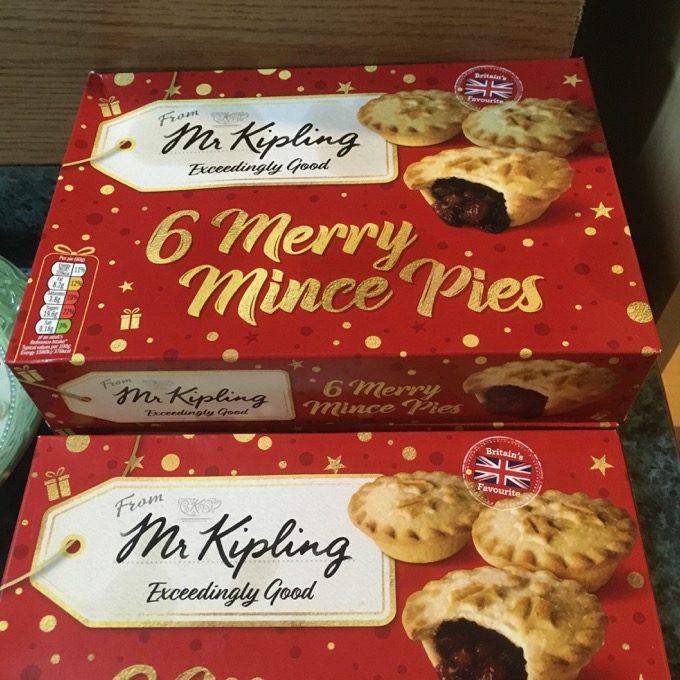 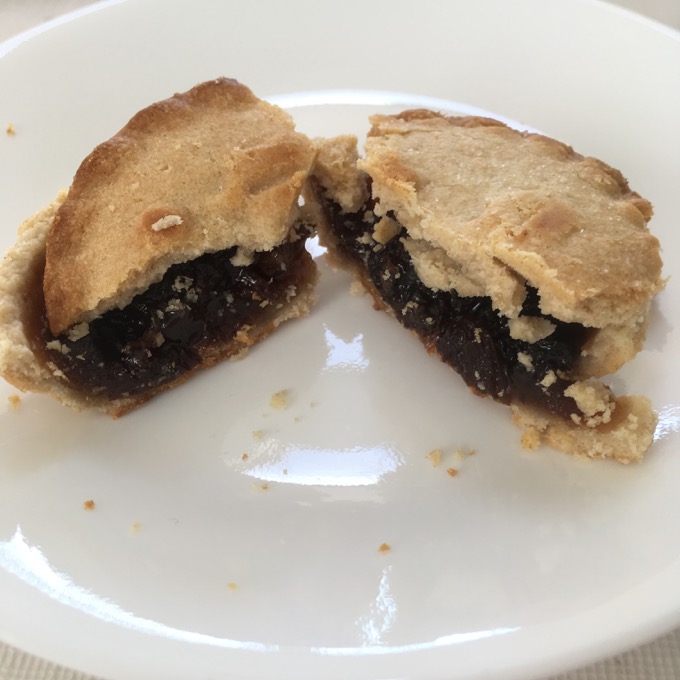 Every so often some news event makes Americans give passing thought to the differences among Britain, the United Kingdom, and England… and Wales, Scotland, Gibraltar, etc. For the purposes of our mission here, Ireland is a geographical place name of a large island and contains two countries: The Republic of Ireland and Northern Ireland. The mince pies came from England. Oh well.

(If you care to learn everything about the confusion, which stems from centuries of colonial incursion and their weird antiquated monarchy, I highly recommend this five minute video.) 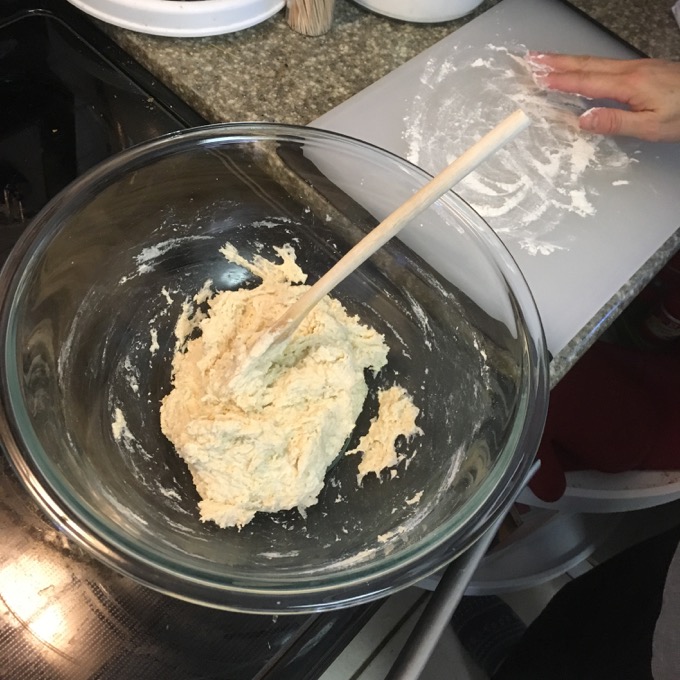 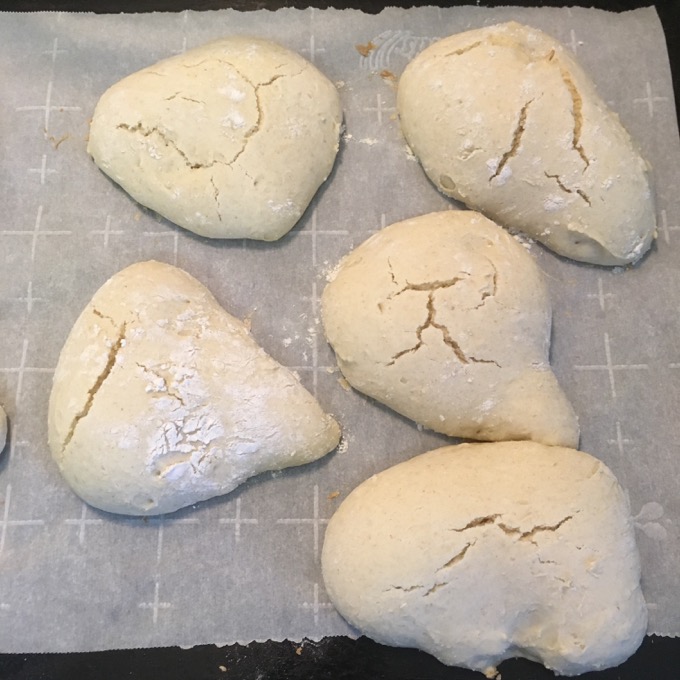 The scone mix was awful. My wife, as non-Irish as one can be, makes a variety of scones from scratch every few weeks. Calvin and I followed the directions and produced some dry and flavorless lumps of dough – which, upon reflection, was actually a good representation of how my family views Irish cuisine.

And there you have it. Our visit to the largest store dedicated to Irish wares “this side of the Atlantic.” The employees were incredibly friendly and tried to be as helpful as you’d want at such a shop. None of the food items was anything I’ll be seeking out ever again, but that’s fine. They’re Irish. I learned how to spell “shillelaghs” and also that scone recipes from Ireland command you to “serve with lashings of your favourite topping.” So I’m happy. 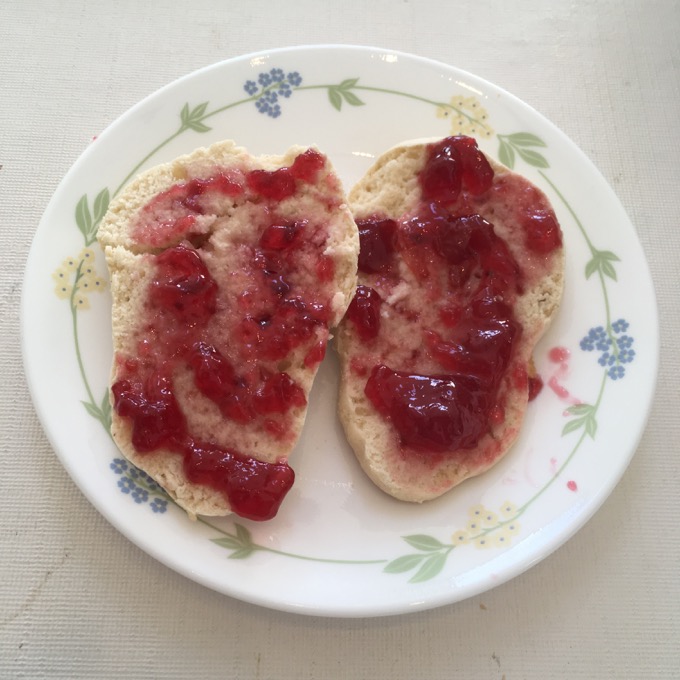 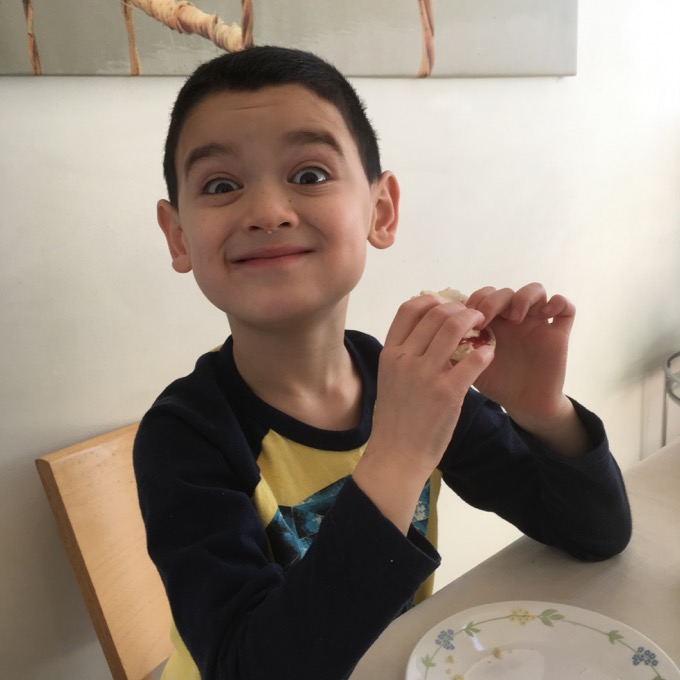