FARrelly Outside
Outside Providence, 1999

I don’t think it will come as a surprise for you to learn that I don’t exactly visit/hike/watch or whatever something for this website and immediately sit down to write about it. Not even close. I can usually get away with it, but sometimes, like now, I have to come clean.

I watched 1999’s stoner dramedy “Outside Providence” many months ago and since it’s a fairly forgettable film, I don’t feel qualified to discuss it in depth. Then again, something tells me that not too many people care very deeply about this movie. 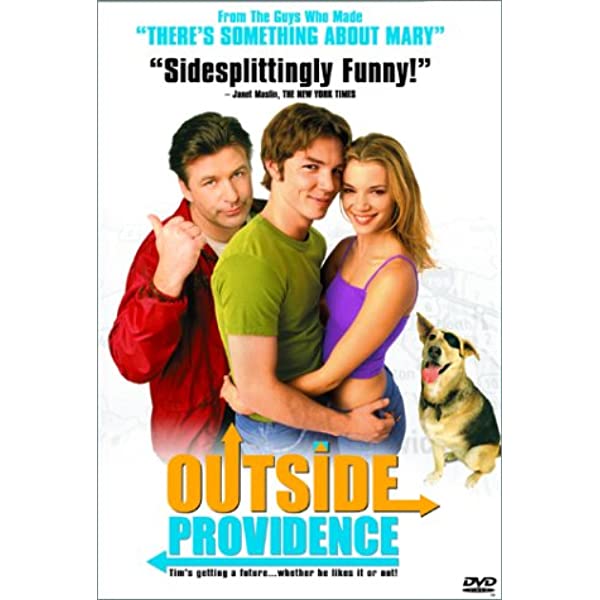 That’s not to say it was terrible. It’s not. It has some laugh out loud moments, almost all courtesy of Alec Baldwin playing yet another oafish, smarmy Alec Baldwin character. Here, he’s Old Man Dunphy, gruff single father to brothers Tim and Jackie.

Tim is the protagonist – a pot smoking kid who gets in trouble one too many times so his Old Man sends him to a prep school.

Old Man Dunphy: It’s to prepare you for not getting your neck broke by me.

Good stuff. Jackie is in a wheelchair as the result of a childhood accident. As Tim explains it, “My brother’s in a wheel chair because of a freak accident as a kid. One day we were playing touch football and he fell off the roof.”

I laughed at both of those jokes, which probably lowers your opinion of me but… I can’t help that. This is a Farrelly brothers movie and it came on the heels of their first hit, “There’s Something About Mary.” Peter Farrelly wrote the novel in which this film is based and here’s why I watched the dang thing: Farrelly went to The Kent School in Kent and the prep school Tim attends is based on Peter’s Kent School experience.

In the movie it’s called The Cornwall (or maybe it was Cornhill) Academy, a fictional school in Cornwall… which borders Kent. Thinly veiled, Farrelly, thinly veiled. 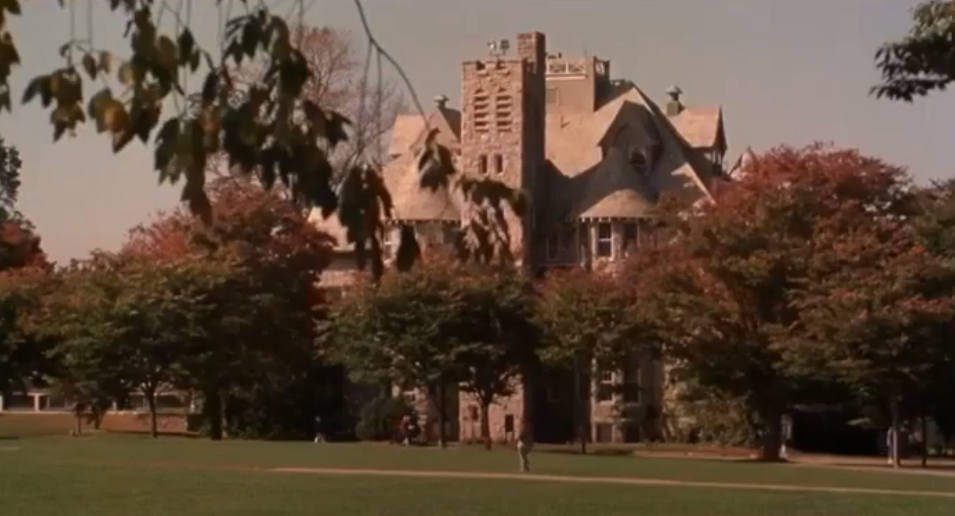 The prep school. I think this is actually Brown.

It’s 1974 and Tim is busy getting high and drunk with his fellow high school seniors. After he crashes into a cop car, his father gets him into Cornwall through his connections and there’s your typical fish out of water coming of age movie. All he has to do is graduate to have his crime expunged from his record.

Tim meets and falls in love with the prettiest and coolest girl on campus of course. He drags her down and almost ruins her future, just as she pulls him up in order to keep focused just enough to graduate. It all works out in the end after some close calls.

Old Man Dunphy: Brown University? They got one of those in Providence, you know.

Timothy Dunphy: There’s only one, pop.

Baldwin is great in the movie and the others in the cast are serviceable. There’s nothing surprising – yes, Tim graduates and even gets into “Rhode Island Jr. College” (Peter Farrelly went to Providence) and aside from one hometown high school friend dying, everything works out in the end.

As far as Connecticut is concerned, we have the same tired trope of super wealthy prep schoolers in preppie outfits and snooty attitudes. Of course, this is quite accurate at places like The Kent School, so I can’t front on this movie for the cliché. 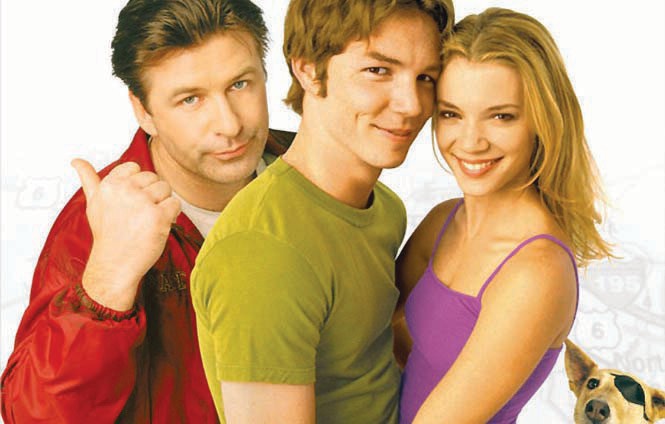 These press pictures always strike me as so weird.

CTMQ Rating: 3 out of 5 thumbs up
Connecticutness: 101 out of 169 Nutmegs
Filmed in Connecticut? Nope
Rich Caucasian with a Big House? Yes