Look, unless you live in Pomfret – which is a lovely town – you’re not going to hike this trail system. If you come to Pomfret you’re going to go to We-Li-Kit Ice Cream Stand and calling it a day. (I tried to go in late November. Alas, it was closed for the season.) 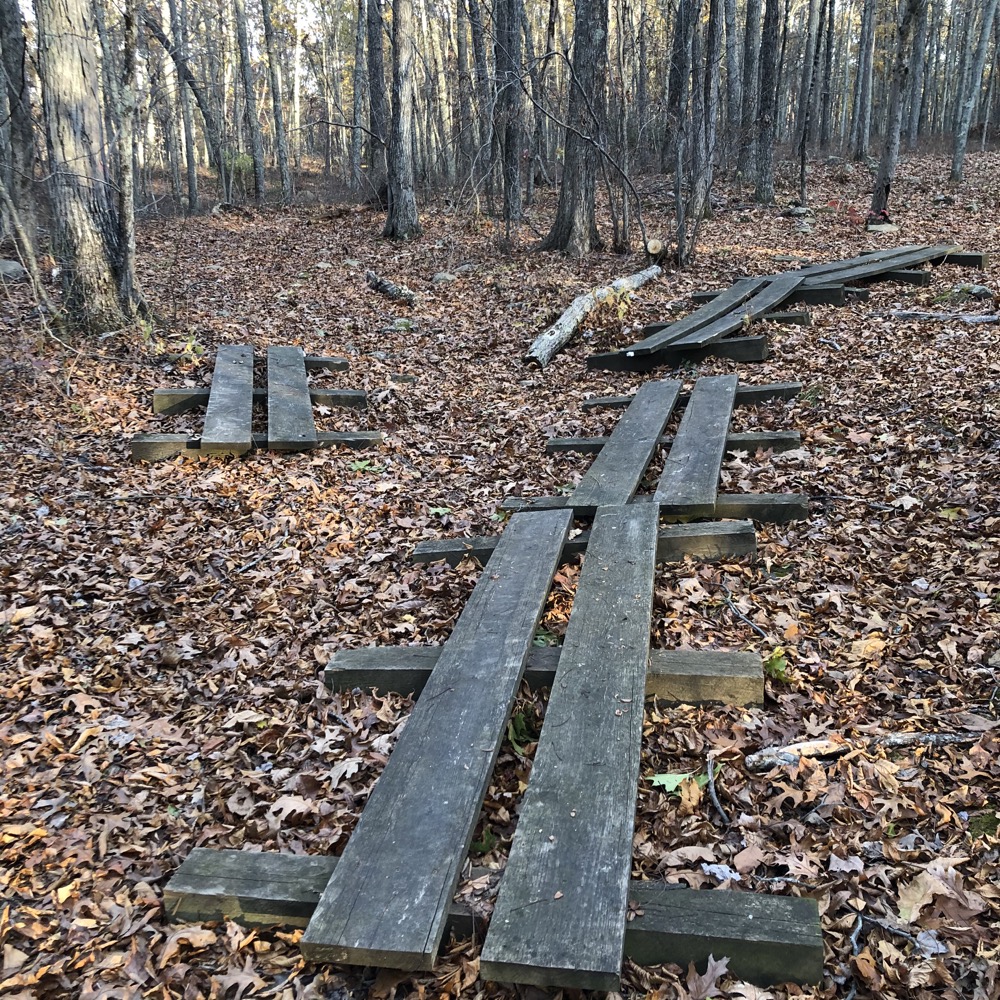 And okay, you may wind up here via the Air Line Trail which courses through this municipal park. And okaayy, if you’re some sort of disc golf completist trying to do every course around, you too may come here from out of town. But coming here specifically to hike the mile or two of poorly maintained trails through woods, thorns, and cornfields? Nah. Only a dingdong would do that.

I arrived at the Pomfret Recreation Park to specifically hike the mile or two of poorly maintained trails through woods, thorns, and cornfields late on a nice autumn day. The park itself seems quite nice with a big playscape and various fields and courts.

And a cornfield. More town parks need cornfields I think. 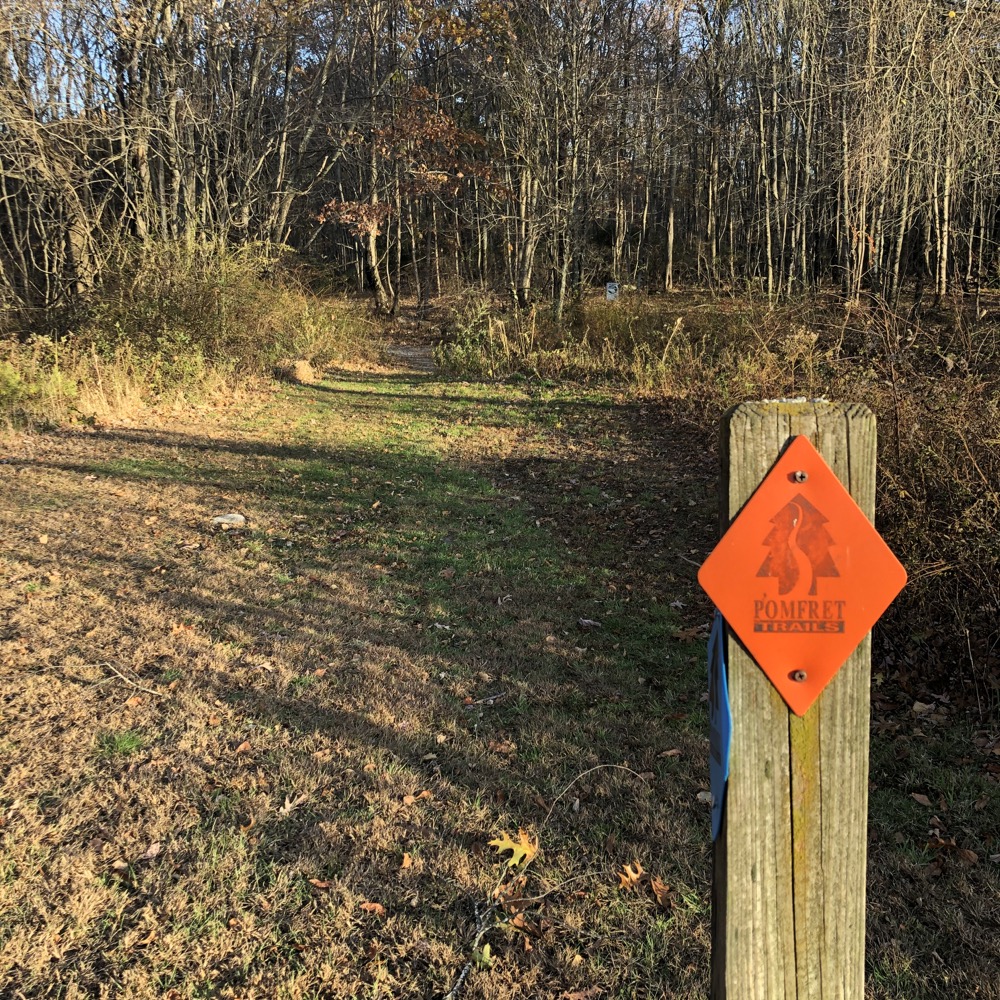 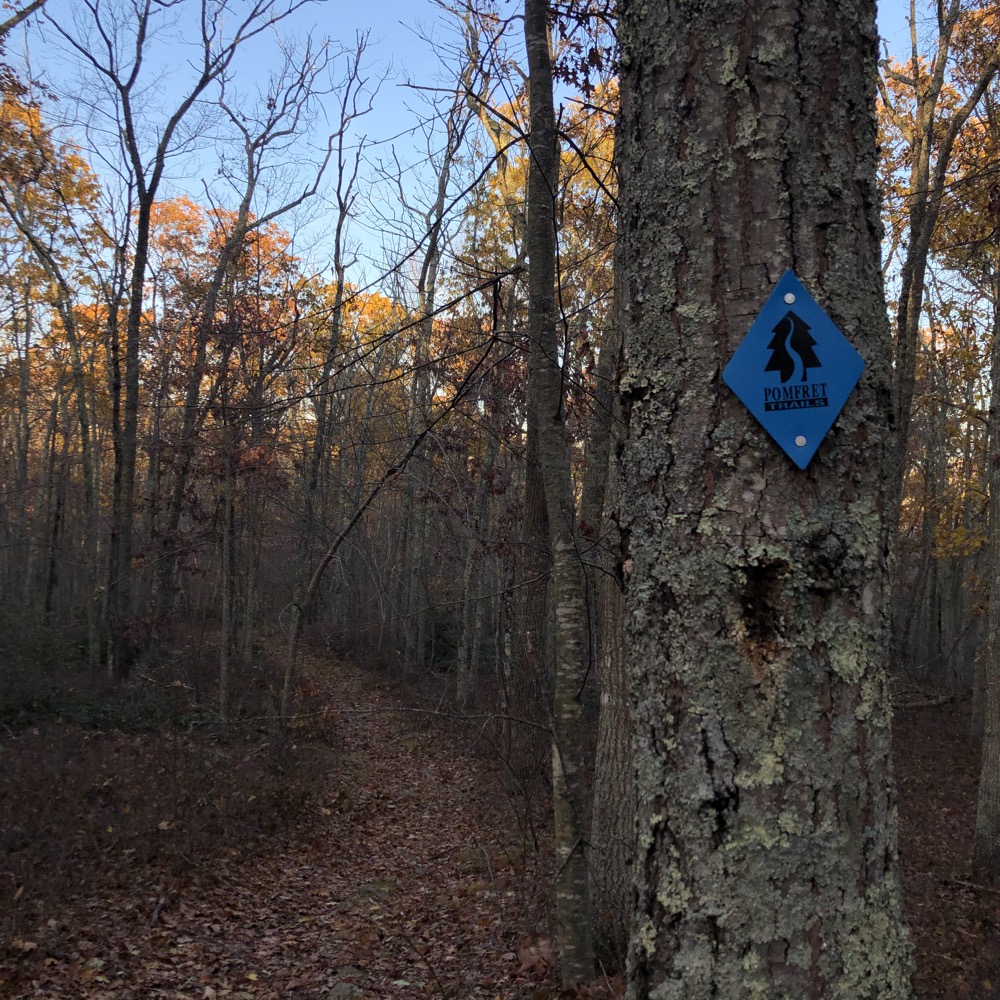 I parked and found the trailhead and a funky map and just started walking. I wound up on the disc golf course which, in the pandemic times of 2020, looked nearly unplayable. I had no idea if I was following the trail or the course, but I just kept heading away from the parking lot and wound up on the blue trail. Or maybe it was the orange.

It doesn’t matter a whit at this point, and it’s great that someone felt the need to clear and mark trails here. They just got confused about which color to put where a few times I think. I bumbled down the hillside and eventually wound up near the Air Line State Park Linear Trail, which travels from the northeast corner of the state down to the Connecticut River at Portland. 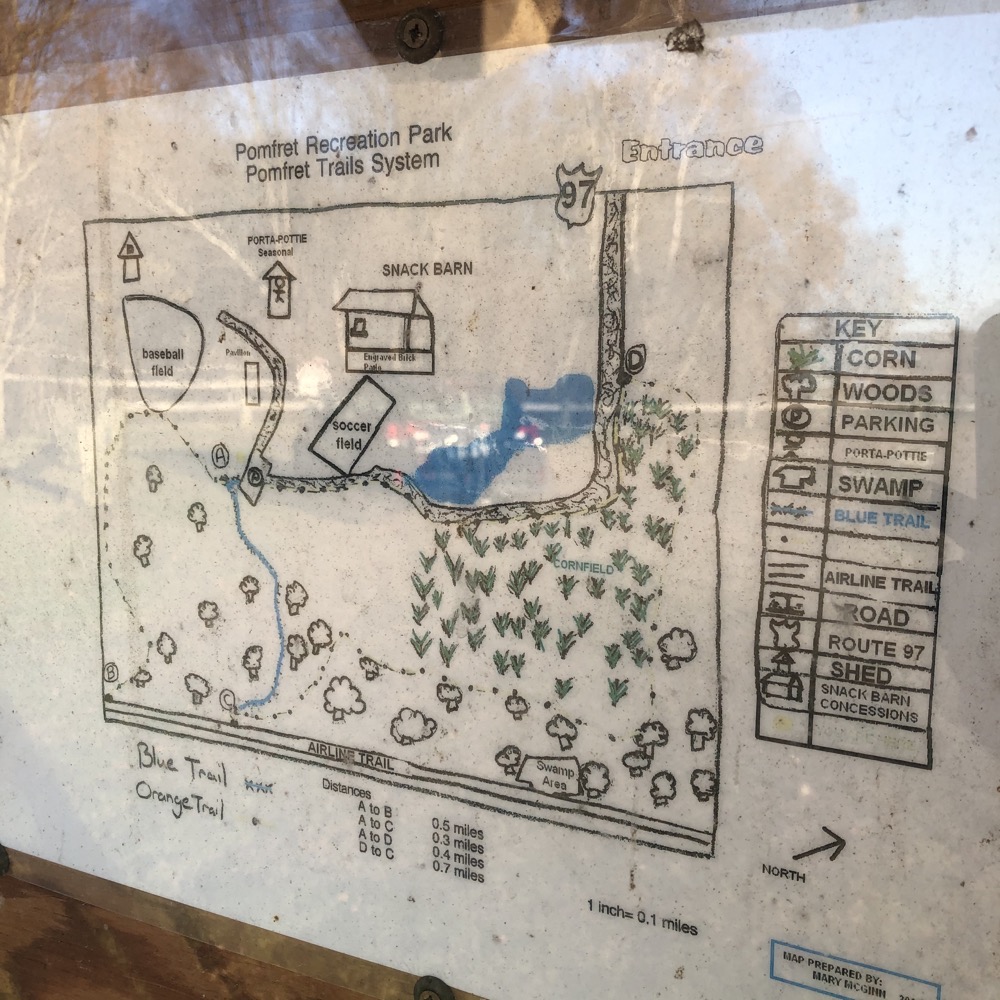 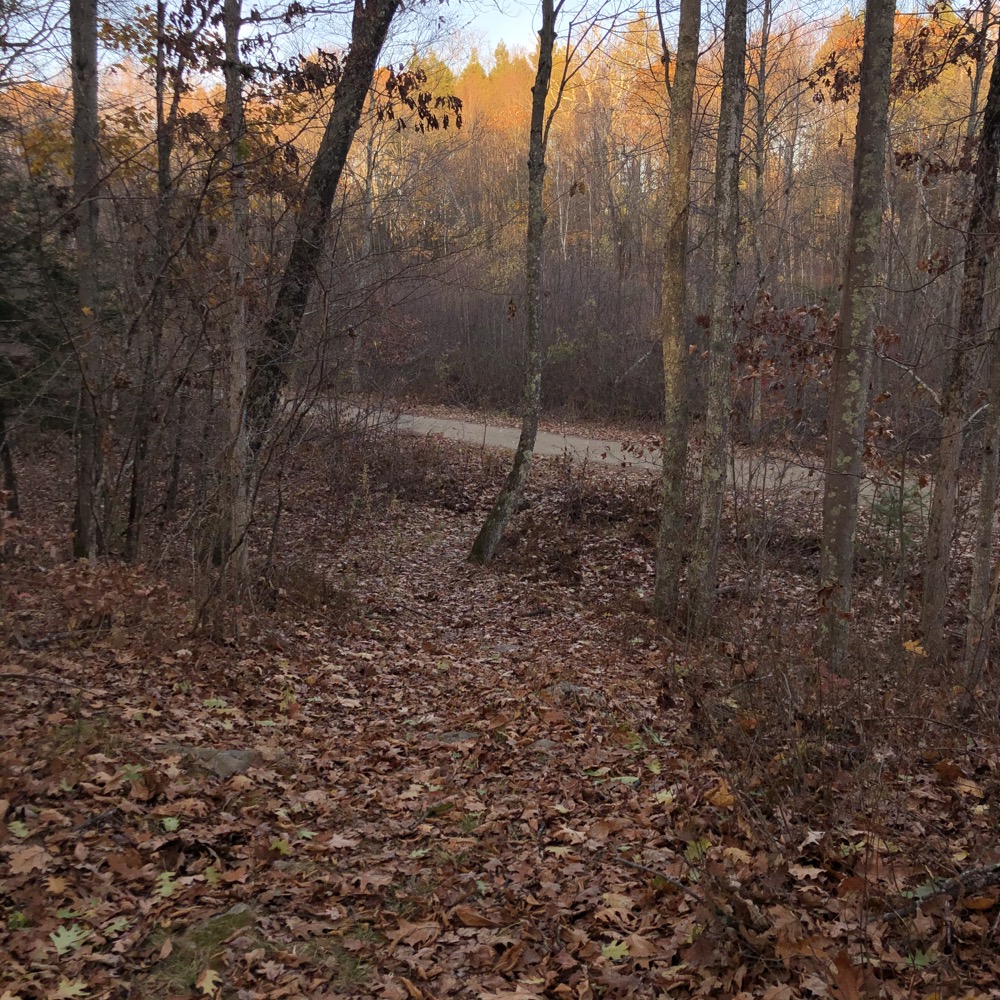 Meanwhile, the Pomfret Park trail curled away from that real trail and took me back around and up towards the cornfields. But first, it tried to force me through 12-foot high thorn bushes and six-foot high grasses.

There were plenty of alternative routes, but once I took one and made my way safely to the felled corn stalks… I was simply in the middle of a random post-season cornfield as the sun set in Pomfret, Connecticut. 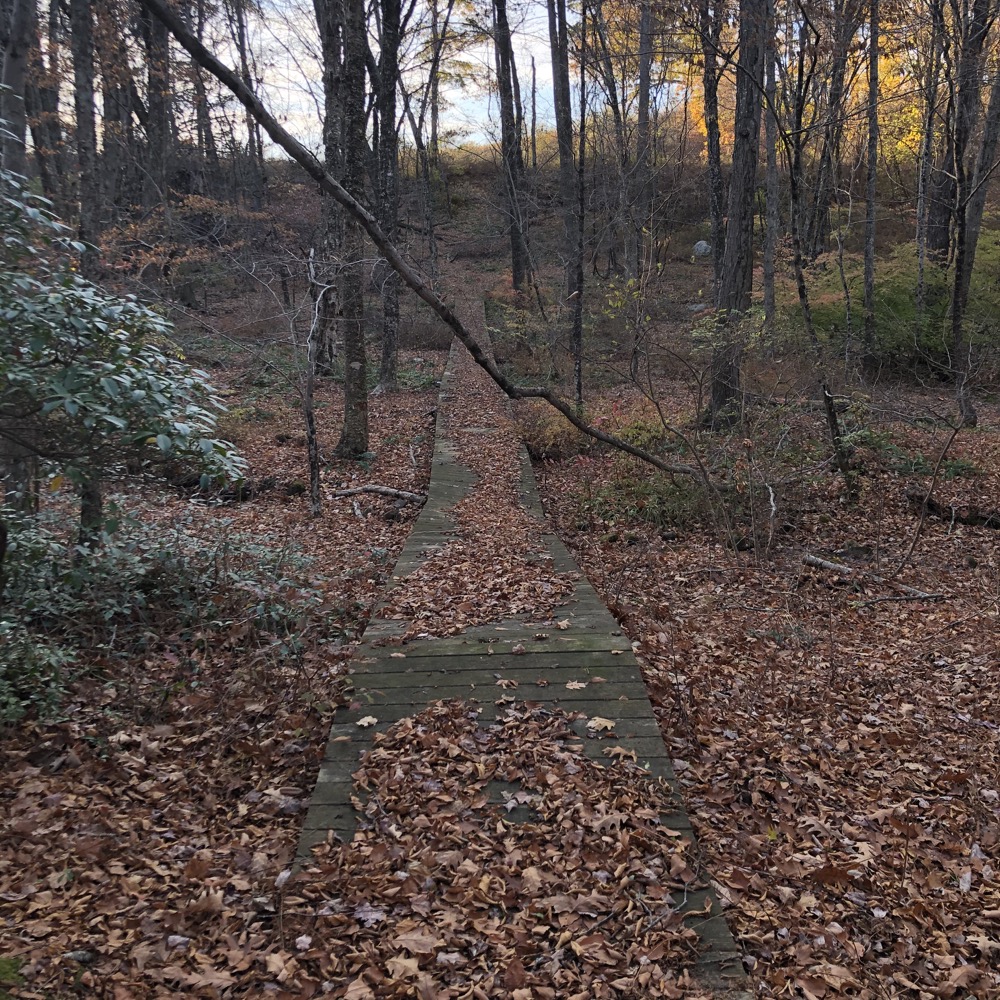 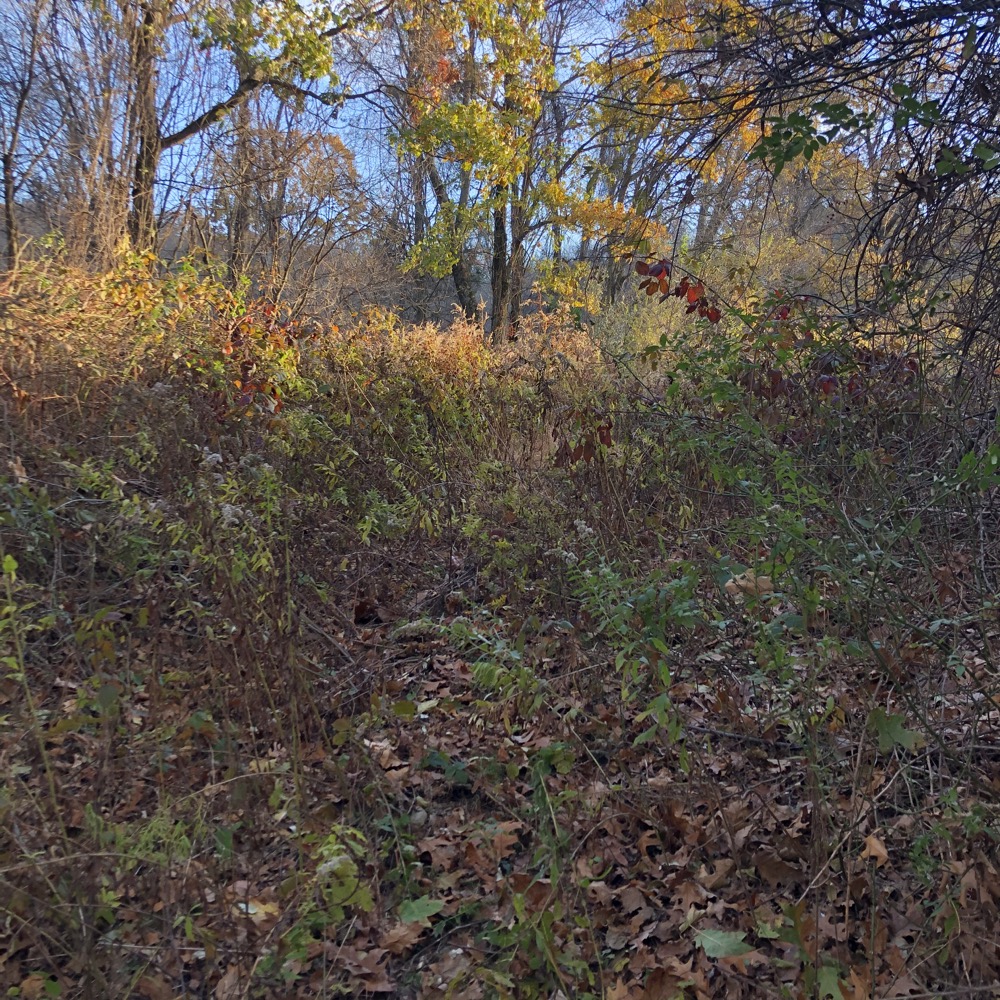 Okay then. I looked right, towards the park’s entrance, across the corn and decided I did not need to trudge through the whole field. Instead, I made a beeline across the field to the entrance road and then up the hill to my car.

I’m glad I walked this property, even though I’m sure it doesn’t sound like it. I was actually on my way home after a full day of activity in the Quiet Corner. I had just texted my wife from the empty We-Li-Kit lot saying, “I’m on my way!” then, a few minutes later after seeing the sign for the park and turning in, “Actually no. One more hike to do!”

And this was that hike. A hike literally none of you will ever try to recreate. I hope… for your sake. 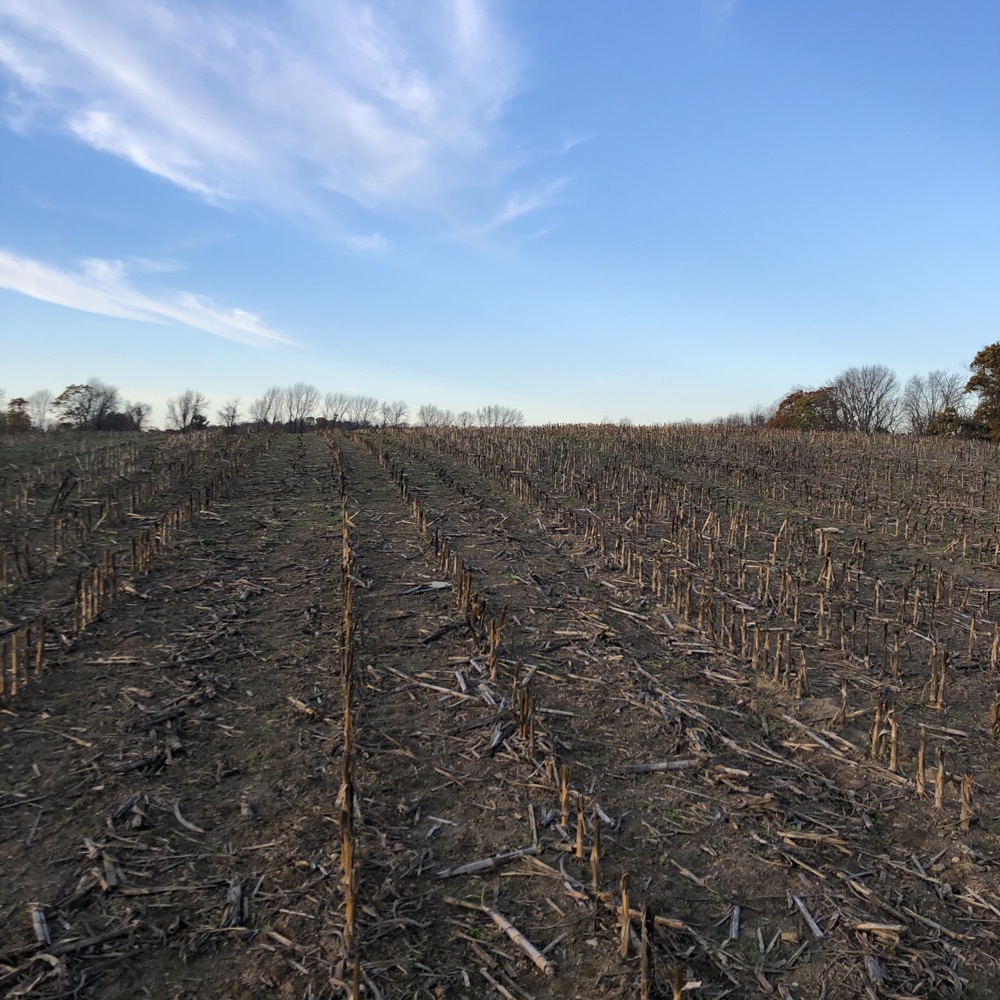 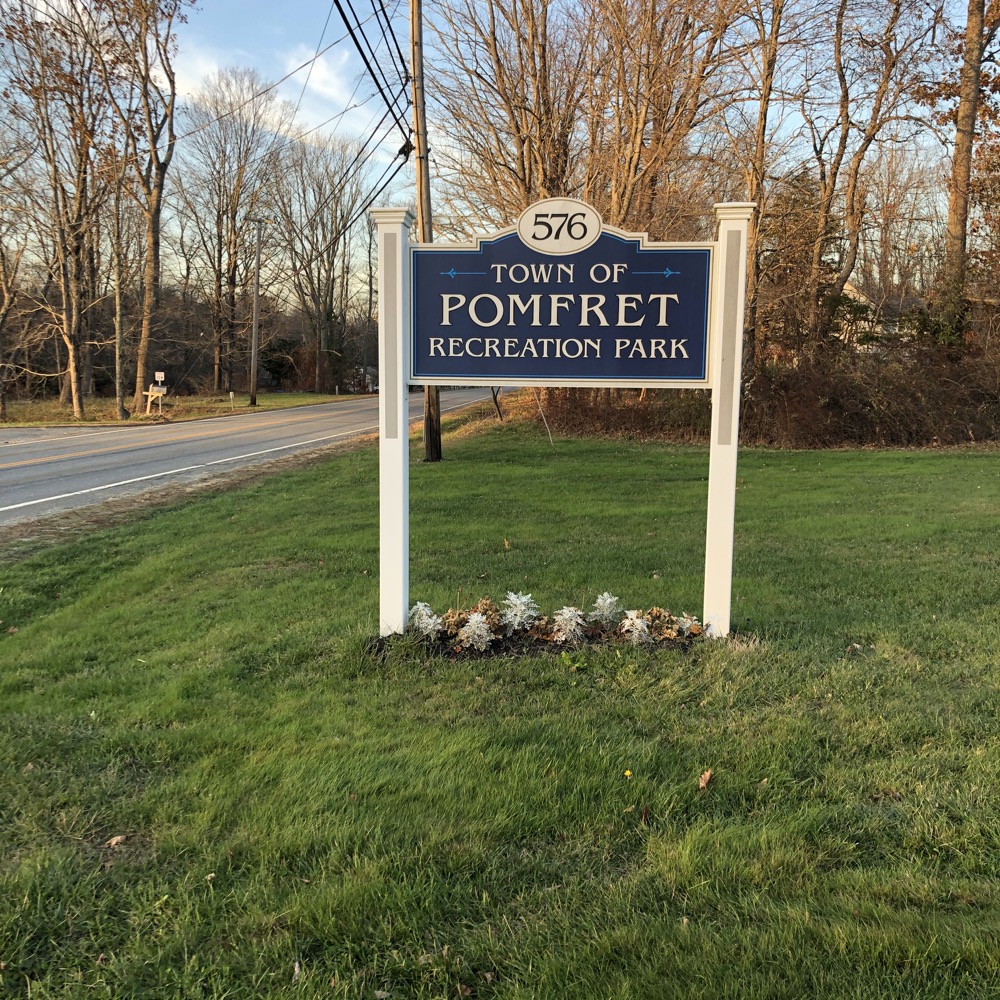