I don’t know how many other “water pollution control” facilities have named roads for the very short, very specific stretch of asphalt that allows vehicles to access what I like to call “the doody tanks.” Is Canton’s R. Suttmiller Drive unique?

Probably. Right? Especially since these roads aren’t really actual roads maintained by the town or the state. I’m thinking it’s kind of like how at a large company with a large parking lot how they may name a “road” within the lot to honor a president or something. 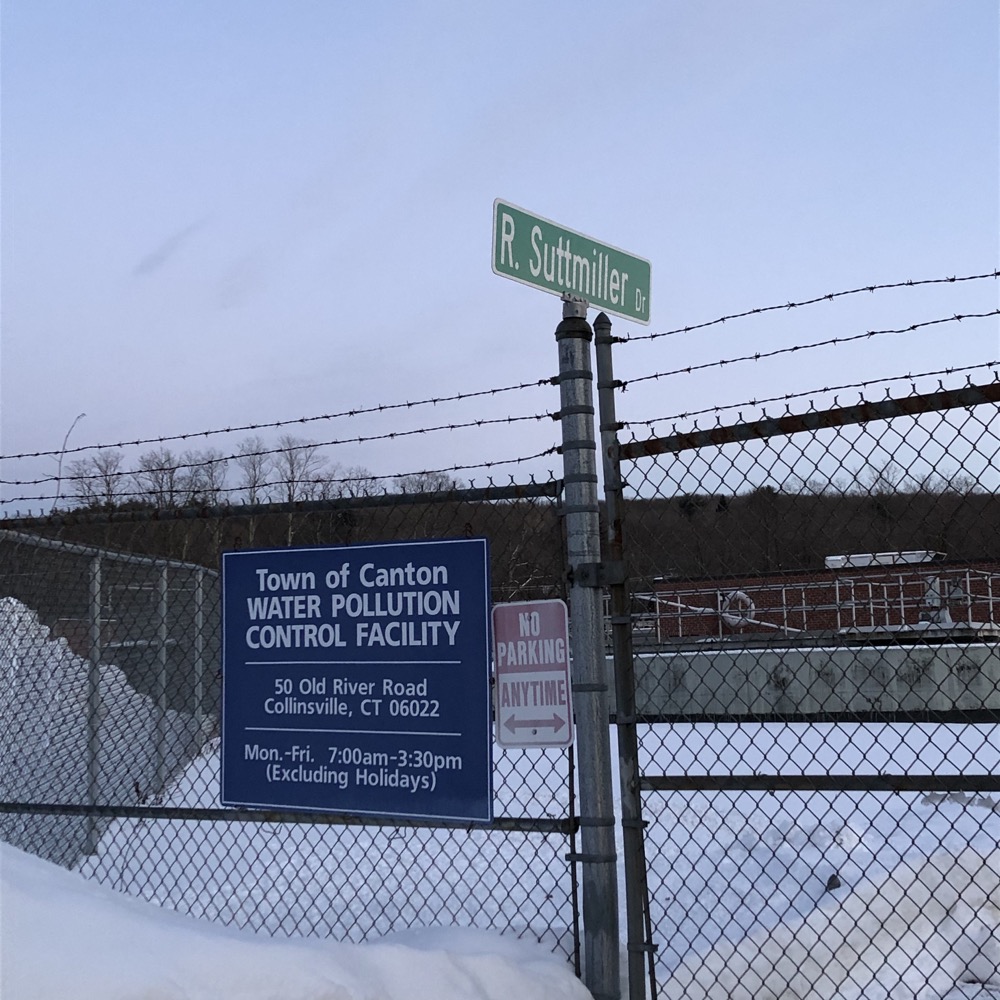 But check this out:

In 1965 the Town of Canton constructed a sewage treatment facility designed to treat an average of 375,000 gallons per day. Sewage treatment at that time consisted of the settling of solids, grease and scum collection, partial removal of soluble wastes and disinfection of the effluent water with a chlorine gas prior to discharge into the Farmington River. The solids collected were stored in two tanks called digesters. After being reduced in volume by bacteria, the sludge from the digesters was land filled. This facility served the town well past its 20 year design life.

Up until 1985, Canton (and to be fair, every town everywhere) was treating raw sewage and then releasing it into the Farmington River. Fortunately, regulations largely put an end to these practices and now the Canton facility is much cleaner and the paddleboarders 50 feet away aren’t getting toilet paper on their paddles.

Out in Danbury there’s the much more famous John Oliver Memorial Sewage Plant that made national news. Well, I for one want to make sure that Robert Suttmiller – I looked him up and can’t find anything other than his credentials as Chairman of Canton’s Water Pollution Control Authority – gets his due to. 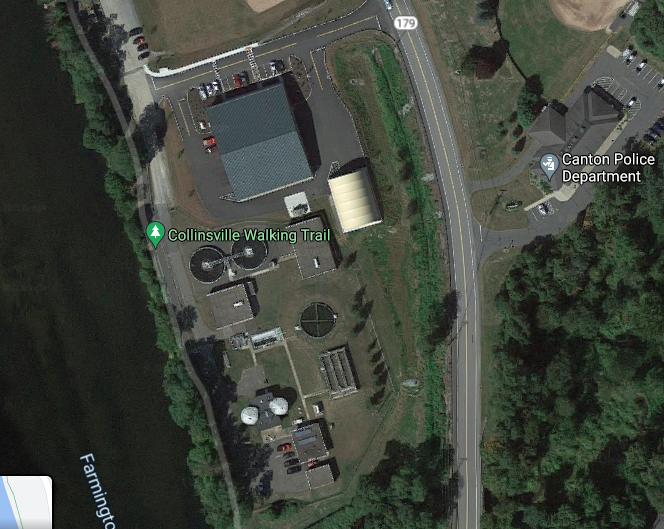