Of course, every town has secrets, but Guilford seems to have more than most towns. Granted, Regicide Cellar isn’t exactly a super exciting secret, but since you’re reading this, it must be at least mildly exciting to you.

It’s mildly exciting to me.

Everyone knows about Judges Cave in New Haven. Not everyone knows that it is perched at the terminus of the Regicides Trail though. And I’m fairly certain not many know about the related cellar in Guilford – even though it served the same purpose for the same guys at the same point in time. 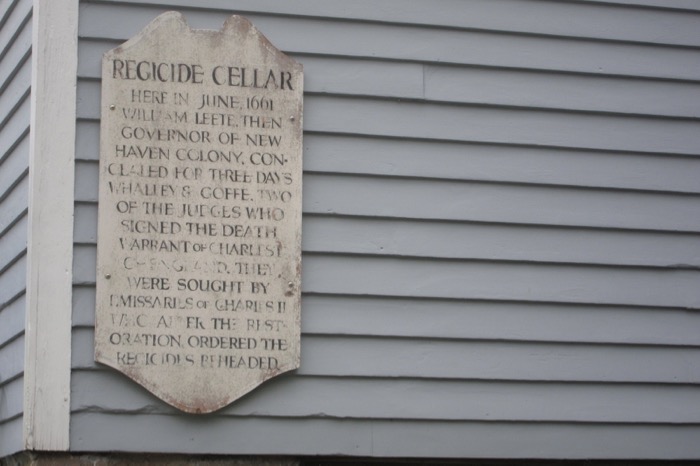 Lots of this pre-statehood stuff involves a bit of myth-making, but that’s okay. There are certainly plenty of facts involved in these regicidal stories. It’s a fact that Edward Whalley and William Goffe were two Englishmen who signed the treasonous death warrant of King Charles I in 17th century England – giving England over to Oliver Cromwell.

(Yes, Whalley and Goffe are major thoroughfares in New Haven and yes, our Cromwell is named for, pretty much, that Cromwell. Also, we’re ignoring the third regicider, John Dixwell, on purpose.)

When Cromwell died, Charles II pipped back up to Jolly ol’ England and assumed the monarchy again. Then he began a mission to hunt down and kill all the guys who signed his father’s death warrant. This would include Goffe and Whalley and since “America” was still England, the hunt across the Atlantic was on. 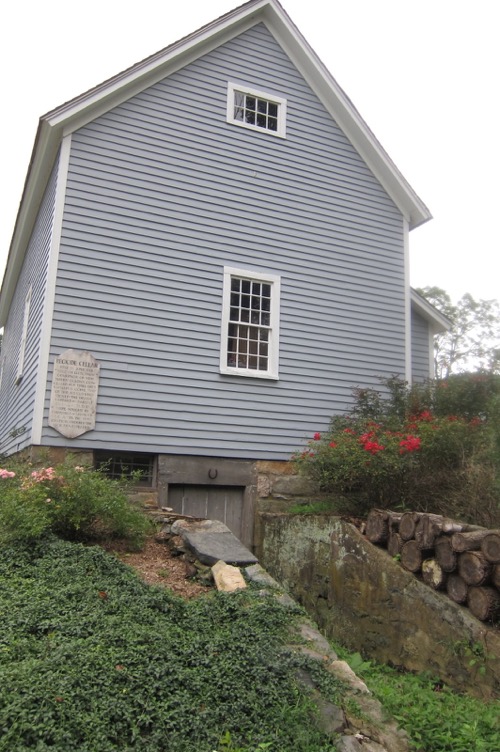 The pair of fugitives fled Boston for the even more radical and brazen Puritan community of New Haven colony… Shortly thereafter, on May 11, two royalist agents, Thomas Kirke and Thomas Kellond, arrived on the doorstep of New Haven Governor William Leete, who lived in Guilford (the namesake of Leete’s Island). Leete denied knowing the whereabouts of Whalley and Goffe, explaining that he had not seen the men in nine weeks. Kirke and Kellond didn’t buy it. They heard the men had been in Guilford more recently, and requested a warrant to search local properties and arrest Whalley and Goffe if found.

Leete took action. He first arranged for Whalley and Goffe to be warned of the arrival of the agents. Then he delayed Kirke and Kellond’s request, giving the fugitives time to escape. Finally, after deliberating (perhaps stalling) for hours, Leete explained to the agents that their work could no longer be completed since it was now the Sabbath, which had technically begun at nightfall. Leete said he would gladly provide them with fresh horses to resume their search on Monday morning. While Leete’s house is long gone, the locally known “Regicide Cellar” is marked on the corner of Broad Street and River Street in Guilford. It’s built on the foundation of Leete’s barn, where the regicide outlaws were once purportedly hidden, according to family tradition. While exact details of this myth are hard to confirm, a sign does mark Leete’s property and commemorates the defiance of royal authority that took place there. 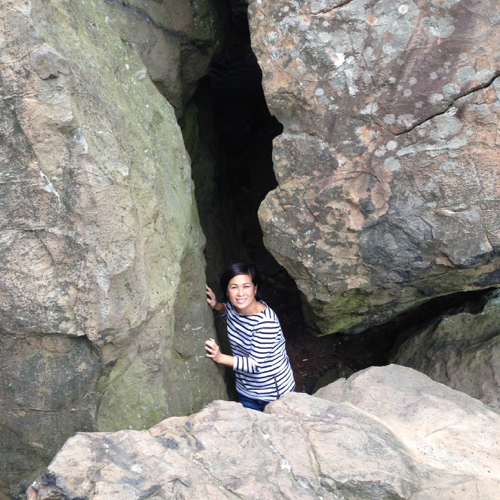 Another source I read says they hid in the cellar for three days. Then they wound up at Judges Cave after a harrowing escape through the woods where they sat for a month(!) until the Royalist pair gave up.

I believe about 80% of this story I think. But I am 100% confident that there is indeed a sign at the supposed Regicides Cellar, and I find that pretty cool.