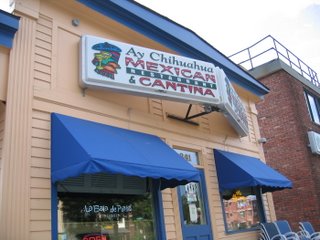 Game 11, Mexico vs. Angola Ay Chihuahua Mexican Restaurant and Cantina June 16 , 2006 Since it was Friday and since it was a nice hot day here in central Connecticut, Ed and I figured that we simply had to take in the Mexico vs. Angola game at a true Mexican cantina. Now, Hartford has a massive Hispanic … END_OF_DOCUMENT_TOKEN_TO_BE_REPLACED