CTMQ > Everything Else > Houses, Communities, Libraries, & Businesses > The Jumping Frog

Pack it up, pack it in, let me begin…
The Jumping Frog, Hartford

Here I am in August of 2022 writing about a used bookstore that I first visited in… I’ll say… 1996. And then again many, many times in the late 1990’s when it was located at the corner of Prospect and Farmington Avenues in Hartford. 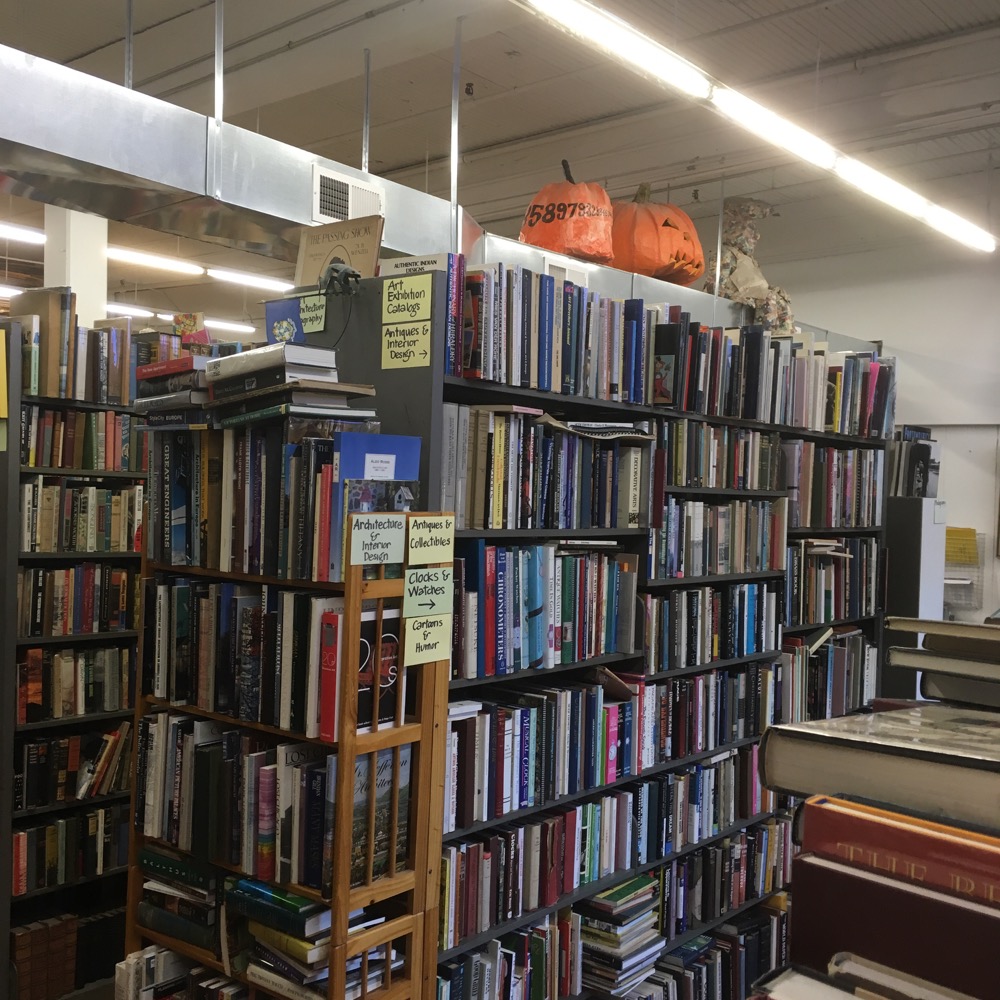 August 2022 was also when Netflix began airing The Sandman, Neil Gaiman’s sprawling, brilliant, beautiful horror romance fantasy about, well, everything. I’m re-reading the entire Sandman oeuvre before watching the show (just because). There’s a side-story in the Sandman universe that involves Emperor Norton of San Francisco who happens upon an aspiring writer named Samuel Clemens in a bar and gives him the idea for a short story about jumping frogs.

Stories. Everything is a story. CTMQ is stories. This store has lots and lots of stories.

“The Celebrated Jumping Frog of Calaveras County” was Mark Twain’s first short story. The Jumping Frog of Hartford has had three locations in the city over the decades, all triangulating to the Mark Twain House. The store is, of course, named for the Twain story. 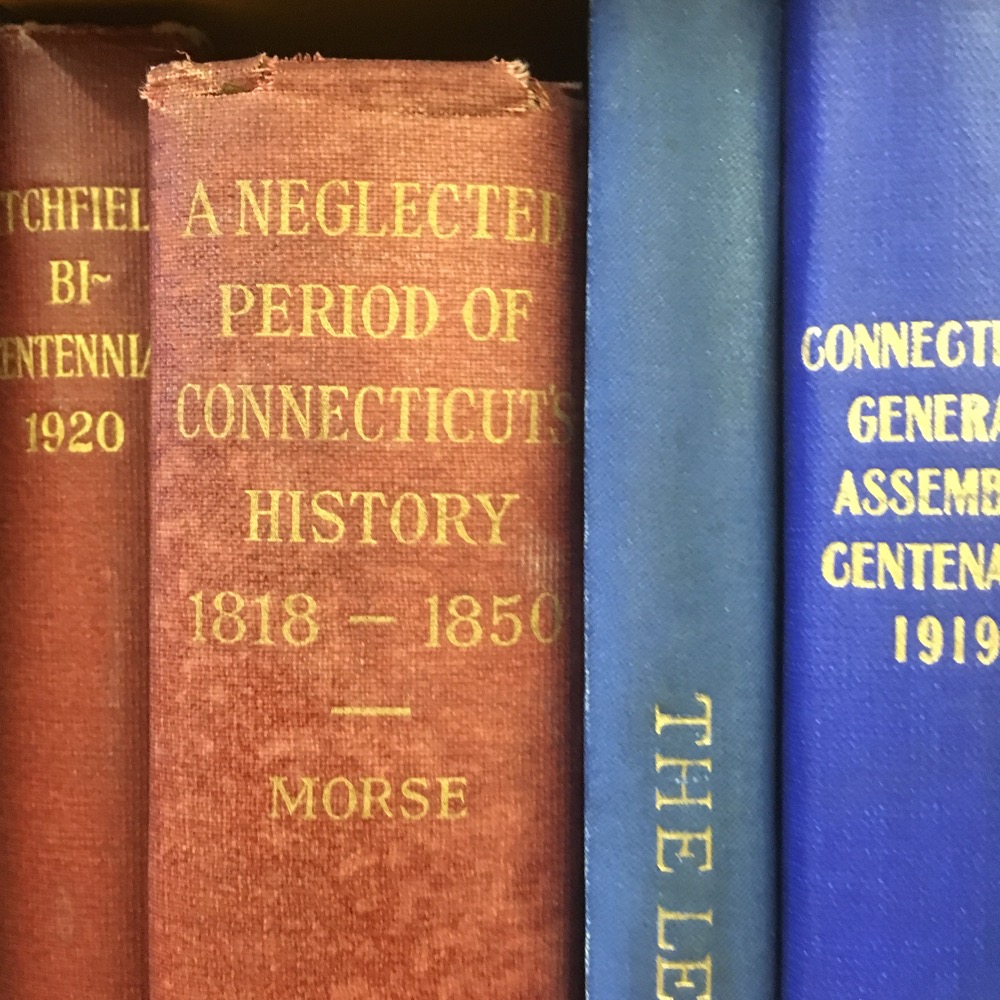 I almost bought this book. Is it the most boring book ever written? I wanted to know.

The large brick and mortar store I used to visit a lot is gone:

For over 20 years, The Jumping Frog was a focal point for book lovers and book collectors in the greater Hartford area, featuring at its height over 100,000 volumes and a vast collection of ephemeral items: magazines, pamphlets, programs, postcards, posters, and more.

I loved that store. Like, loved it loved it. It was a beautiful mess, but I have a thing for old magazines and newspapers and of course, books. The Jumping Frog also had (and still has!) rare books, fine editions, autographed and antiquarian books. They have a whole section of Twain first editions and they say that they are priced at “about 60% of typical fancy dealer retail.”

They call them “cheap expensive books,” but they also have legit cheap books too, as you’d expect of any used book store. 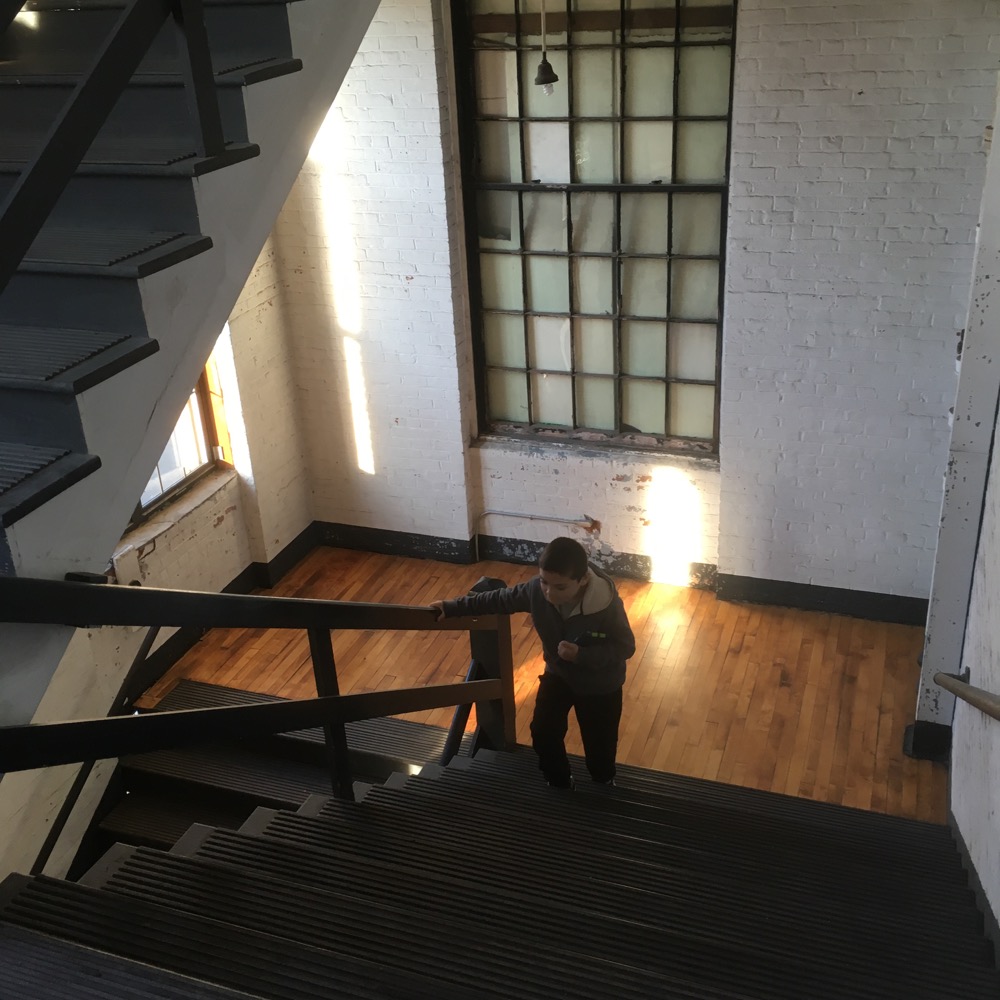 I remember when they closed the location in the early 2000’s. I was sad. They were moving to be an entirely online venture which, at the time, was fairly revolutionary. I think they were huge into eBay. I guess that didn’t work out as well as they’d hoped or, more likely, the owners just missed all that you get running a used book store: the people, the conversations, the smell and the touch…

So they opened up a scaled down version over on Arbor Street near Real Art Ways and the Hartford Flavor Company. It’s a great location for them, as the sprawling complex is also home to a ton of artists’ spaces and shops and studios. (Damian and I actually visited during an ArtSpace Open House weekend, which is where a lot of the non-book photos on this page are from. 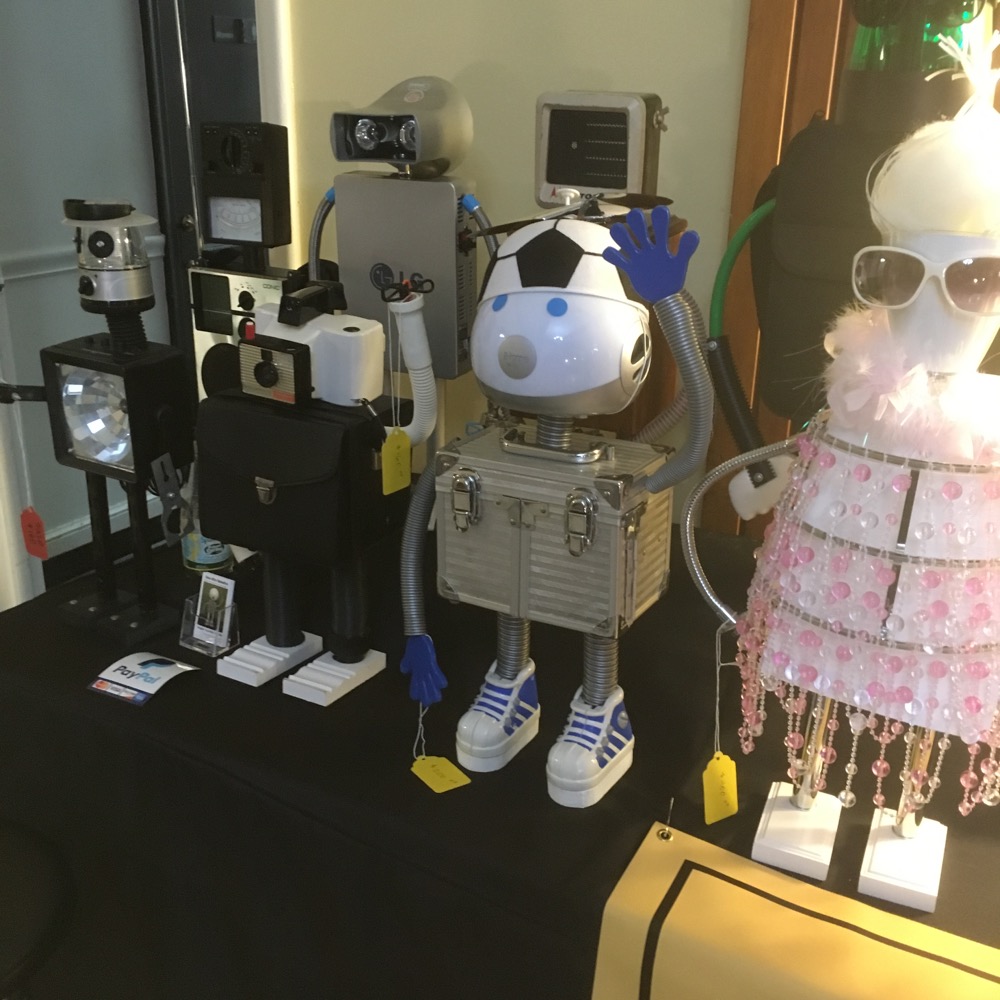 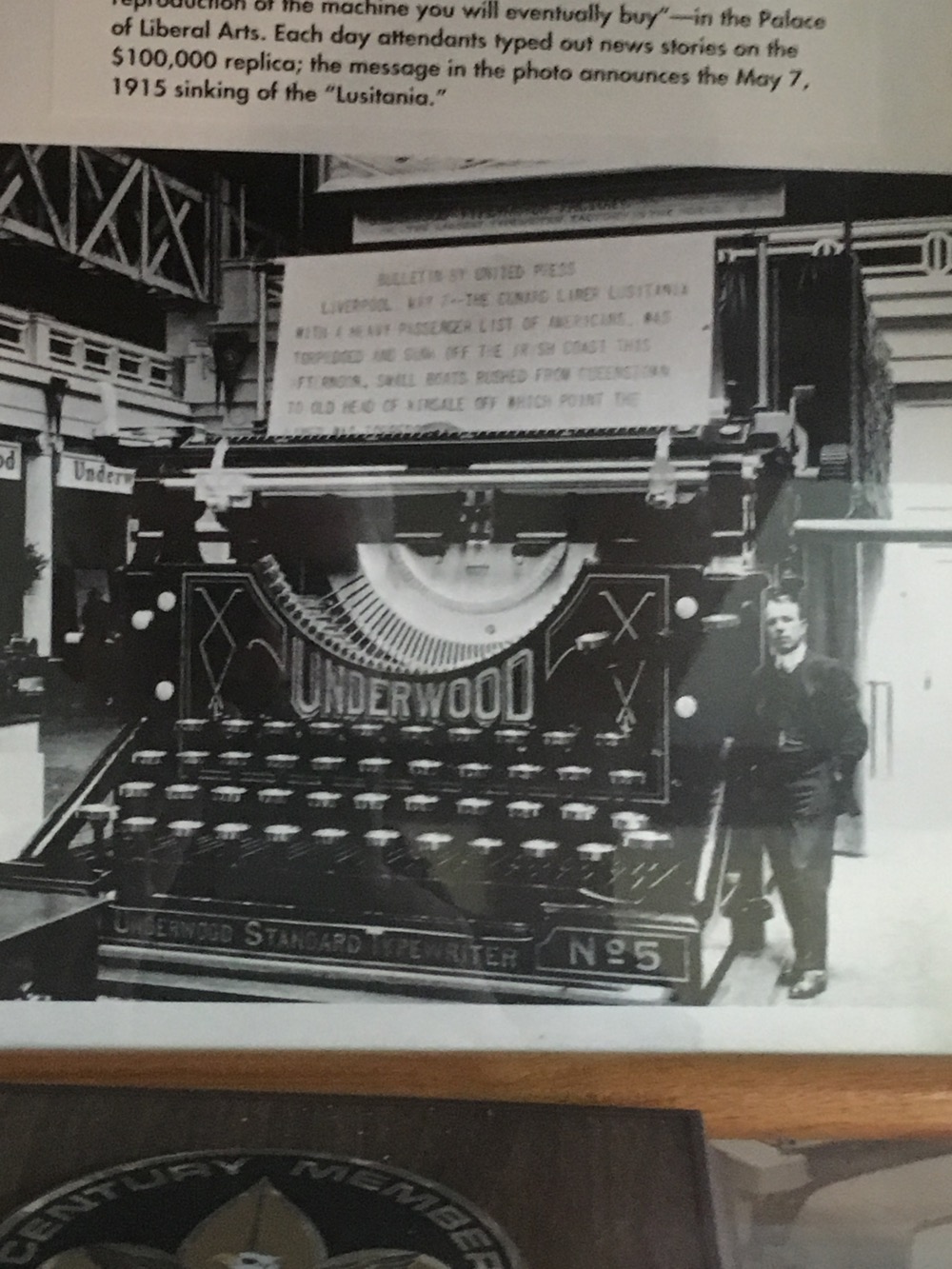 I won’t pretend the shop is as cool as I’d remembered it to be. It’s smaller and doesn’t have big cushy chairs anymore. Or maybe it was just that I had my disinterested son with me, so I couldn’t exactly peruse to my heart’s content.

I made a couple purchases and we were on our way. I don’t know how best to highlight the used book stores of Connecticut – or how to discern which venerable and/or unique ones to include, but however I’d sort it, The Jumping Frog would certainly make the cut. 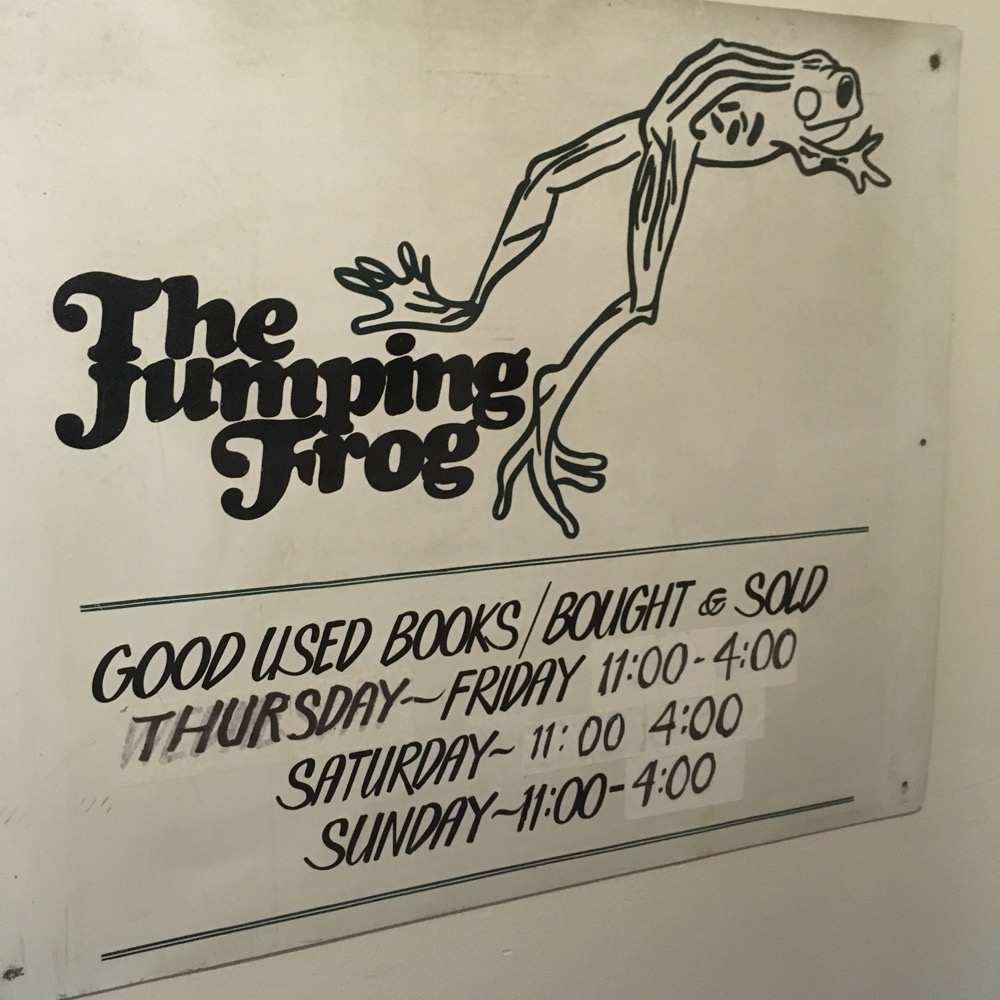