Everybody Must Get Stoned
Little Stone House, Storrs
May 30, 2014

I would typically caveat my title with something like, “Don’t do drugs,” and, “It should be ‘Every State Must Get Stoned’,” but in this case, I won’t do that. Why? Because this awesome little building is within sight of the East Campus residence halls: Grange and Hicks. 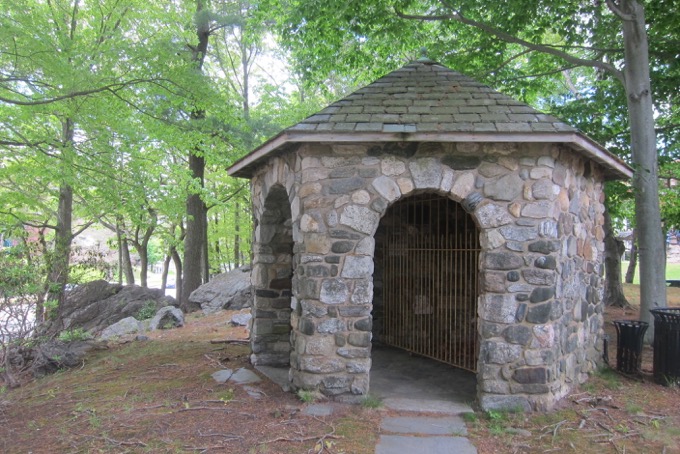 And as any alumnus knows, if you wanted to score some marijuana or psilocybins, Grange and Hicks were your best bets. And Buckley too, I suppose, if you wanted an artier high – which is also not too far away from Swan Lake and across North Eagleville Road where this little house resides.

It is also important to note that Hicks Hall was (is?) full of the hicks that attend UConn. Those students keeping the agricultural roots of the school alive. The farmers. The turf scientists. The cow milkers. The hicks. And Grange hall, of course, is named after The Grange, which is a national organization of farmers. 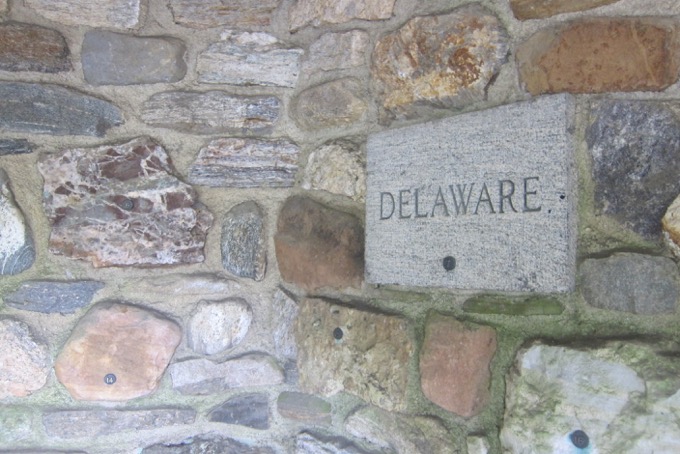 And, as it turns out, The Grange played an important role in the creation of the Little Stone House.

While I attended UConn in Storrs, I was woefully unaware of this fantastic memorial building, as I rarely ever walked near it. (Note to my parents: I had no reason to visit East Campus because I was a very good student who only struggled with higher level calculus and physics because I was too busy studying for my o-chem and grad-level ecology courses. Ahem.) 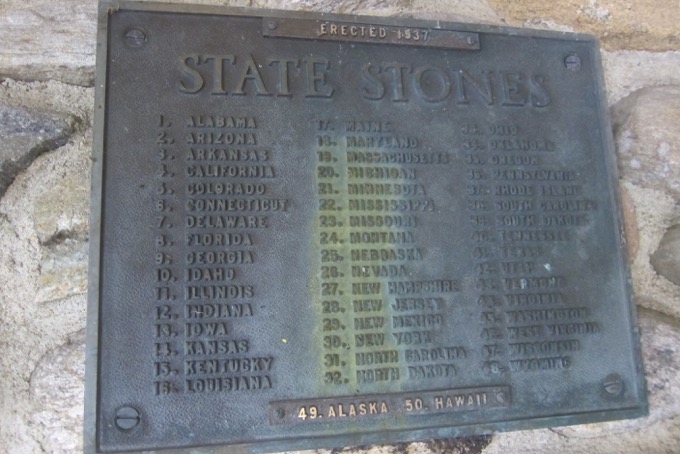 Enough build-up… Just what is this little building, you may wonder? It is one of only two structures in Connecticut (that I am aware of) which contain stones from all 50 US states.

And yes, I’ve been to the other one – two stone pillars at Orenaug Park in Woodbury. I’m no amateur.

Next question: Why and how did this thing come to be? I’ll turn to UConn to tell the story:

If you live in New England, it’s not hard to gather a collection of stones in your backyard. Back in the 1930s, Mr. A.P. Marsh of New Britain had just such a collection. It was a collection that came not from his own backyard, however; it came from everyone’s backyard.

That’s not remotely true. Ease up on the platitudes, greatest University on Earth. Thanks.

How cool is this Marsh guy? He just thought it would be cool to have a wall in his backyard with stones from each of the contiguous United States. I like the way he thinks.

But then Marsh began to think that the stones were too fine to put into a wall and instead he donated his collection to the Connecticut Grange, of which he was an active member.

The Grange, a national organization of farmers, decided to use the stones for a tribute to agriculture, by building a memorial on the campus of Connecticut State College. The Grange had been active in supporting the creation of the college when it began in 1881 as Storrs Agricultural School, and had continued to support the institution as it fought off various proposals to limit its enrollment, move it elsewhere, or shut it down.

I’m not sure how he made the leap to think a bunch of rocks would serve this purpose, but I’m glad he did.

On May 16, 1937, nearly 3,000 members of the Grange came to the college for the dedication of what has been referred to over the years as “the stone shelter,” “the stone pavilion,” and – in recent years – “the little stone house.”

The occasion was the ninth annual Grange Sunday, and the guest speaker was Louis I. Taber of Columbus, Ohio, master of the National Grange. 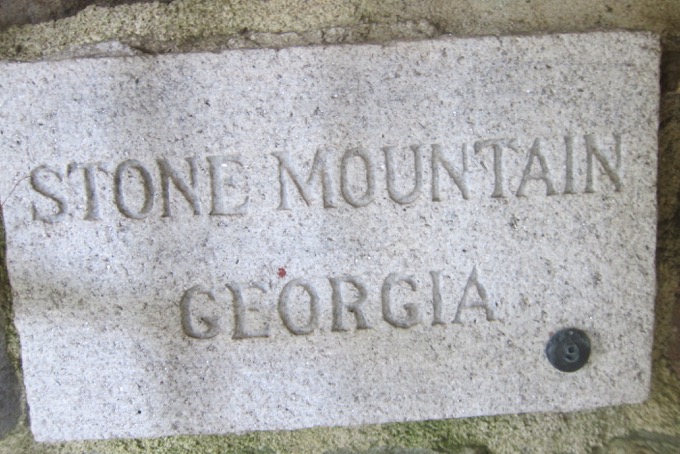 Following a church service in nearby Storrs Congregational Church, and while Grangers ate their basket lunches on the lawn, Taber said the stone building was “to commemorate the service of Connecticut agriculture to the state and the nation.”

Albert N. Jorgensen, just two years into his 27-year tenure as president, responded on behalf of the college. He said the building was also dedicated to Connecticut youth, adding his hope that “this building will be used by the good sons and daughters of Good Grangers.

Really? Use for what, exactly? You see how small it is. Grangers are a humble lot.

A bronze tablet identifies the stones from the 48 states. Name plates were added in the 1960s, when stones from Alaska and Hawaii were incorporated into the structure.

Now mostly hidden by trees – including an elm planted by the Class of 1905 – the little stone house stands on a rocky rise along North Eagleville Road, in front of the Congregational Church’s Community House and across from Swan Lake.

I already said that.

Regardless of its slightly odd genesis, I really like this thing. I like that the Delaware stone is the most prominent – as it should be. (I grew up mostly in the Small Wonder.) I like how the state stones are protected behind a wrought-iron gate, as if to say, “We know stone thieves are out there… Don’t you dare take the Idaho stone.”

And I really like that there are only two such “monuments” in Connecticut and I’ve touched both of them. Another small chapter of CTMQ, complete. 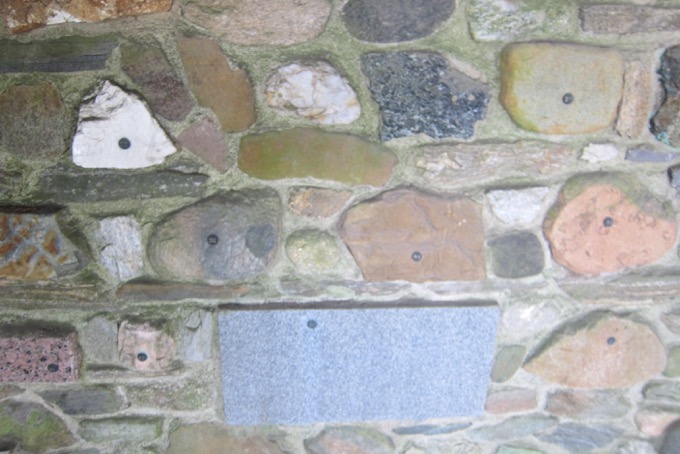