CTMQ > Museums > The Museum of Fife and Drum

Come to the Museum of Fife and Drum. So I did on Connecticut Open House Day 2016. I knew that one of the oldest, and supposedly the largest, musters occurs each year in Deep River, right next door to this museum. I figured there must be some connection and I sought to find it. 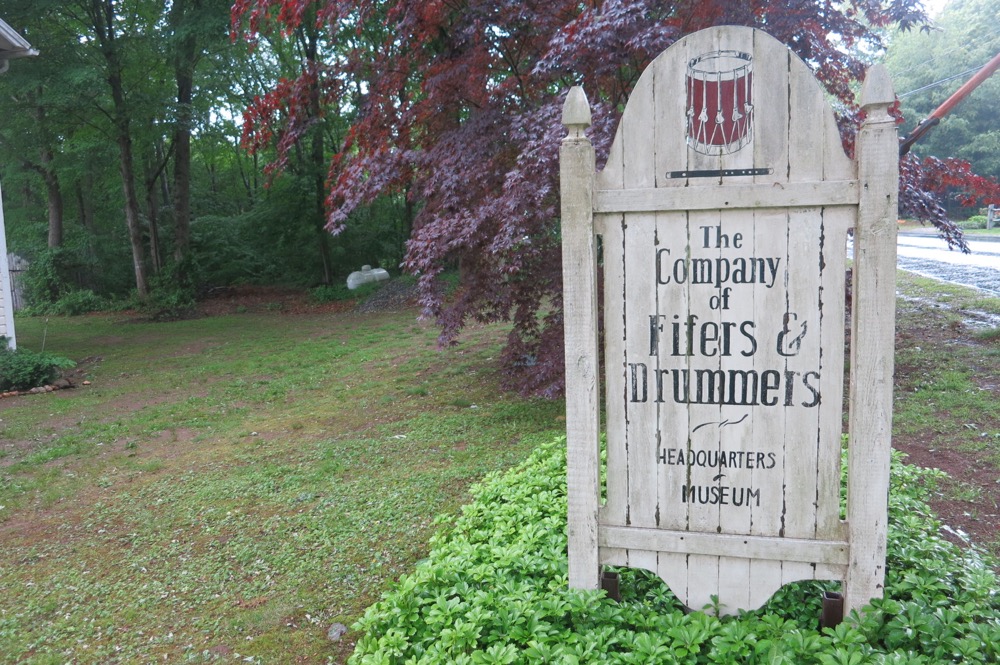 I realize that you may have no idea what I’m talking about, so let me back up.

This museum is in the Ivoryton section of Essex, which borders Deep River. Deep River holds the distinction of hosting the largest Ancient Fife and Drum Muster. 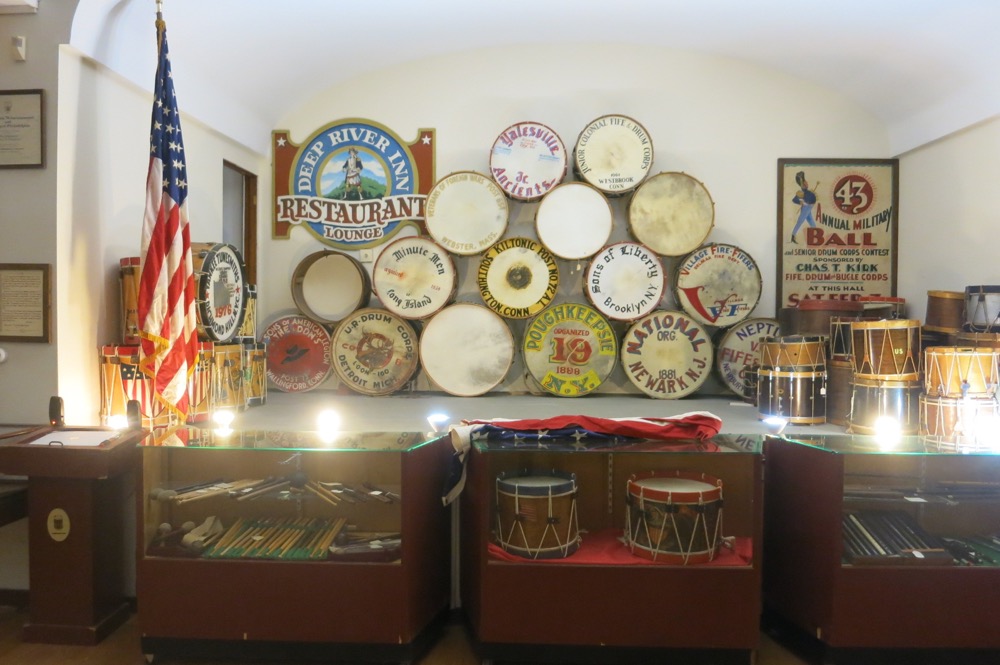 The earliest recorded gathering in Deep River was for a Field Day on May 13, 1879, when musicians came together to honor the history of the fife and drum in America’s Revolutionary War militia service. The first time Deep River referred to this type of gathering as a “muster” occurred on September 5, 1953. Fifteen corps, from the District of Columbia, Massachusetts, and points in between, gathered in celebration of the 80th anniversary of the Deep River Drum Corps.

Good for Deep River. But we’re in Essex at Essex’s museum. Let’s focus on that… first by learning what a fife actually is. 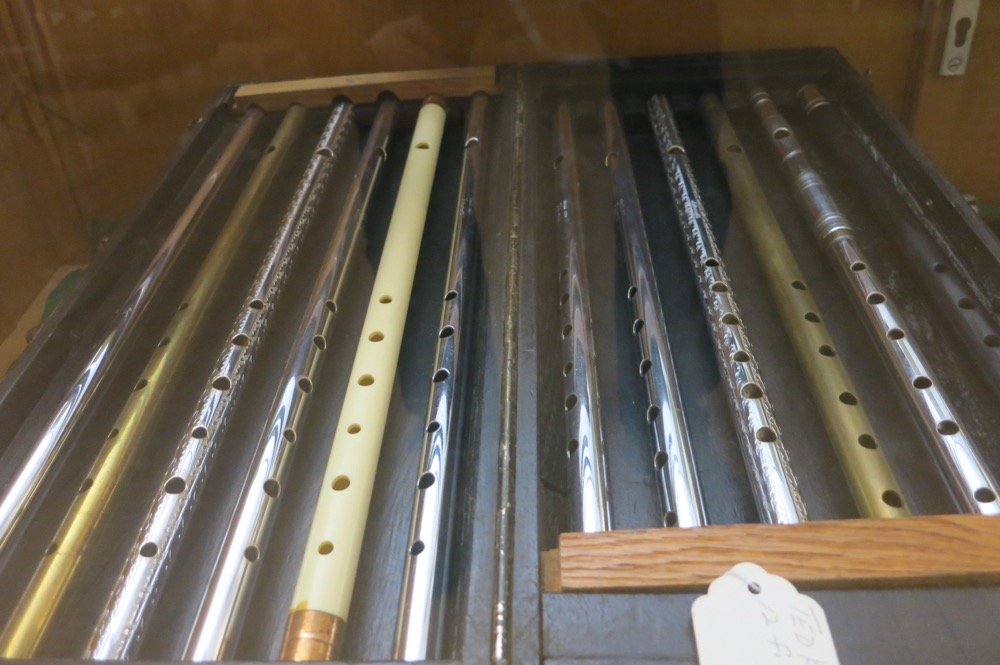 A fife is a small musical instrument and can be made of wood, metal or plastic. It is held horizontally and contains a hole for the mouth to blow across and may have six (or more) finger holes which are covered in combination to create the notes. The fife has been around since the 12th century and was used as both an infantry and folk instrument. In the United States, the fife was used for military signaling purposes through the civil war, after which its role in the military as a signaling tool became obsolete.

So it’s pretty much what you thought it was. A little recorder/flute-like thing. They are most commonly made from wood though; types of wood I’ve never heard of like grenadilla, cocobolo, mopane, pink ivory, olive Wood, bois de rose, and… maple. I like how maple sneaks in there like it belongs with its exotic friends. You do you, maple. 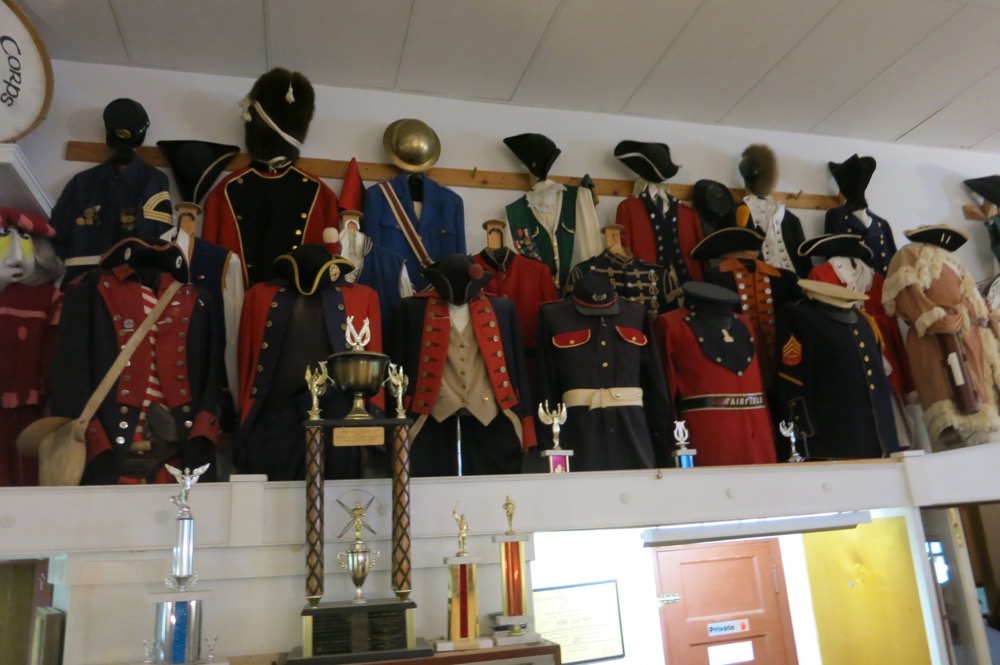 The drums used are special too. They are “rope tensioned drums.” Huh. I always thought those ropes were decorative, but it turns out they are used to tighten and loosen the drum head to allow for different sounds.

The Museum of Fife and Drum is home to one the most unique collections of artifacts in the world; 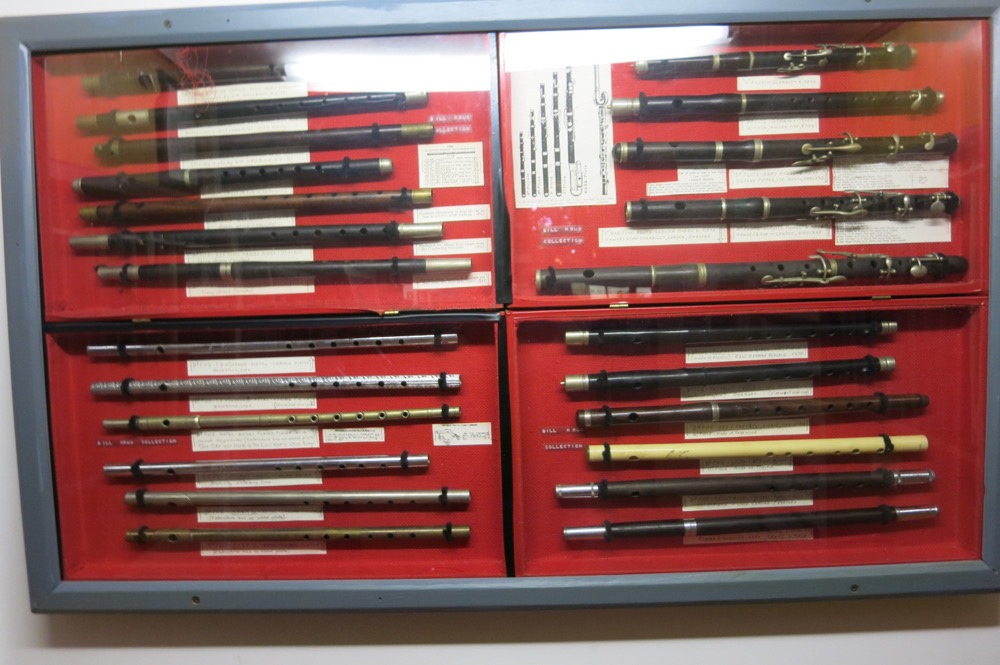 Wow. They start off with a bang. A full-on ridiculous Neil Peart or John Bonham solo. I guess we could parse what “most unique” means linguistically and how I have difficulty with something being “more unique” than something else. To me, something is unique or it’s not. But going with the flow here, this is a collection of fifes and drums. I’d argue that there are “more unique” museums all over Connecticut, let alone the world. But who am I to put a damper on a plucky little museum’s hopes and dreams…

…it is a visual and musical history of America on parade, from the Revolutionary War to the present. Theme displays feature drums, fifes, military swords, music, uniforms, medals, awards and photographs. 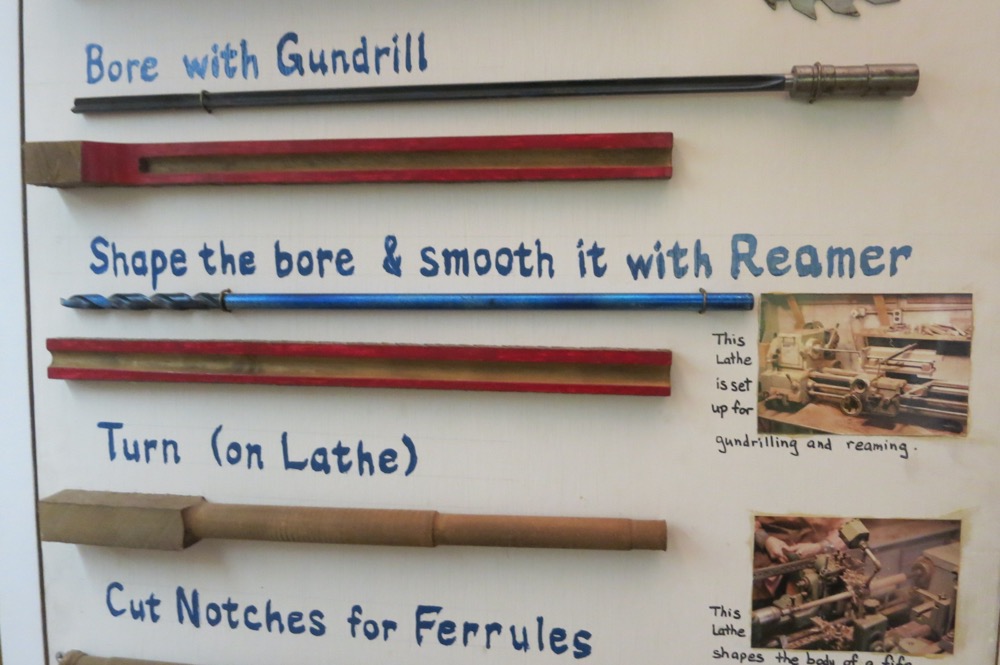 Yeah. Sorry. That sounds like a regular military history museum with a focus on fifes and drums. Which is cool and all, but certainly not something people from Lithuania and Cambodia are traveling for.

You get the feeling that you are marching right along with the “Spirit of ’76? as you tour the historic displays of The Museum of Fife & Drum. The shrill of the fife and the beat of the long drum send familiar patriotic tunes through the air. Civil War drummer boys smile at you from the walls, as if they hear the music, once again. If you’ve ever enjoyed participating in, or watching, a colorful parade, you’ll enjoy a visit to The Museum of Fife & Drum, just minutes from the Essex Steam Train and convenient to country inns, fine dining and the Connecticut River. 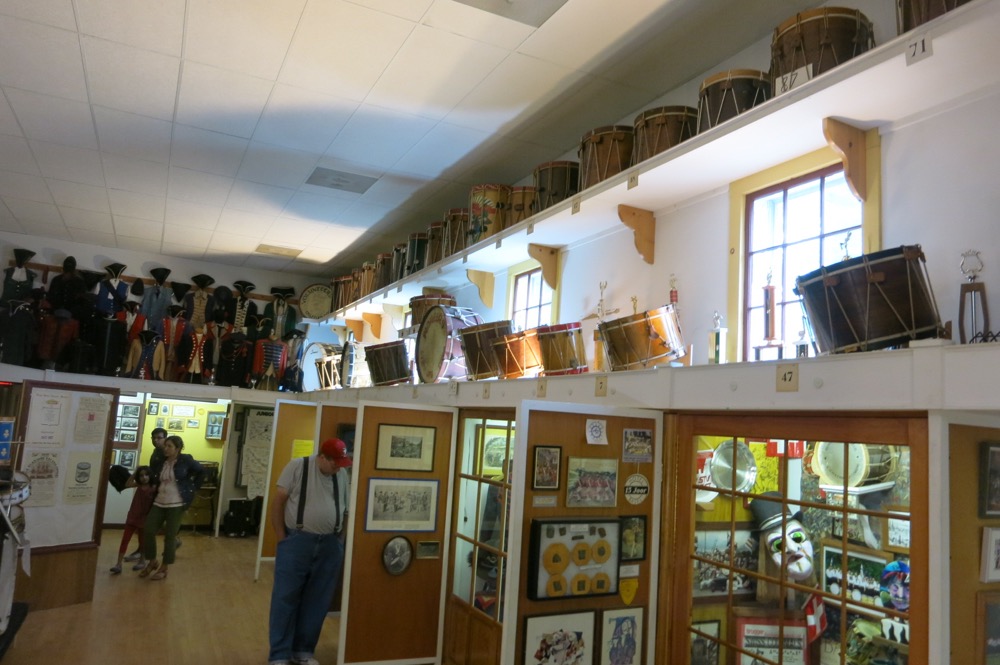 Wowzers. It’s one room. I hope whoever wrote this is also writing the museum’s grant applications. That is something. And good for them. I’m excited now! Fifes! Drums! Smiling child soldiers forced from their homes to be torn asunder by musket fire! USA!

Alright, check out this drum: 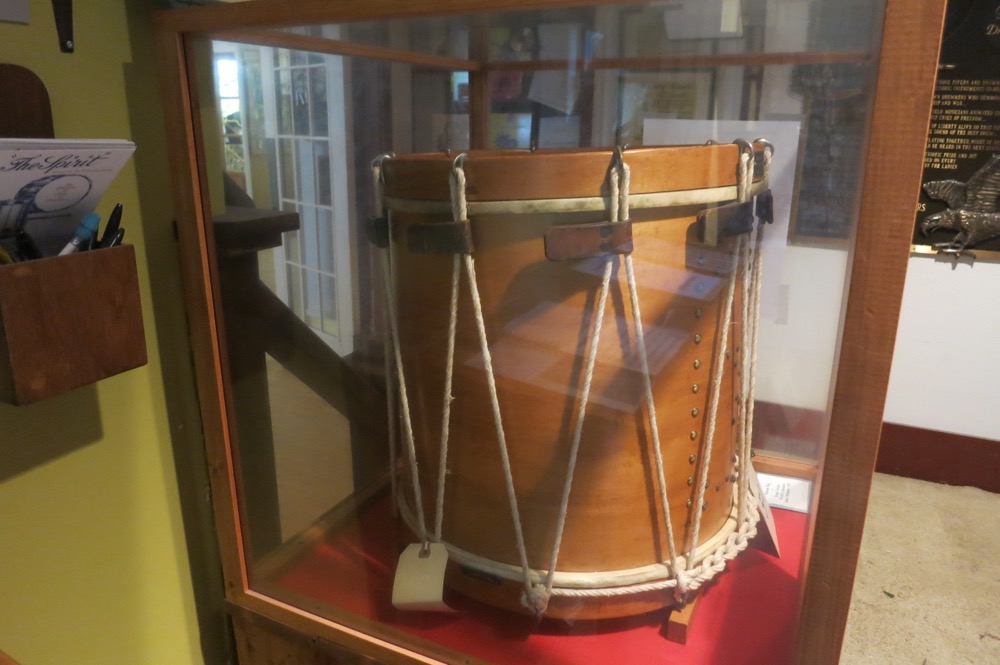 The drum that started it all. This drum was made by someone named Odell Chapman and was the very first artifact acquired by the Company of Fifers and Drummers with the intent of starting this very museum. This drum is very important. It was built by Chapman for the “world’s Champion Rudimental Drummer” Frank Fancher. Fancher was a “rudimental drummer superstar,” apparently, winning more than 200 1st place solo snare drumming championships worldwide by 1928.

And to think, none of us have ever heard of Frank Fancher. Shame on us all. 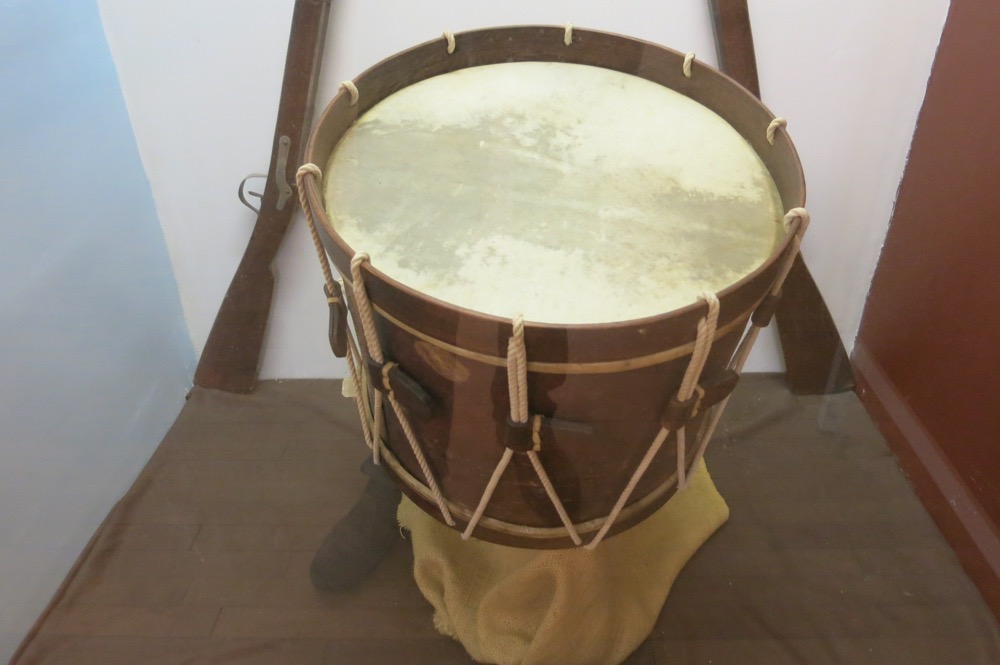 This drum was played both at the Battle of Bunker Hill and at the Centennial Celebration of said engagement. No offense to the Fancher family, but this drum seems a wee bit more important in the grand scheme of things than the previous drum. At least to an outsider like me.

Have you ever driven though the center of Bloomfield and notice the statue of the revolutionary era guy playing a drum? If I remember correctly, that guy is supposed to be Eli Brown, or something to do with Eli Brown. Who’s Eli Brown? Some drum maker from the early 1800’s. Not revolutionary times, but whatever. Here’s a bunch of Eli Brown drums: 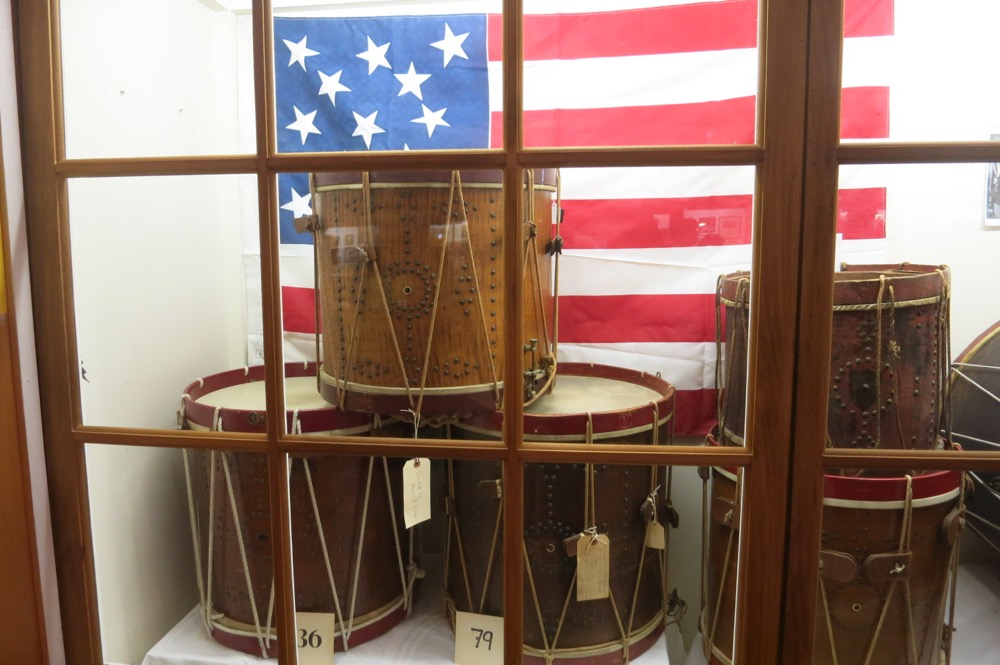 But speaking of Revolutionary times, back in 1775 and the whole Lexington and Concord thing, many of the Colonial Regiments making their way to Massachusetts included one or two fifers and drummers.

Following the years involving the Revolutionary War, the Army continued in a rather reduced state, with a consequent reduction in the number of active fifers and drummers. A school for field musicians was formed at Governor’s Island in New York Harbor in the early 19th Century and continued, at least, until the time of the Civil War. 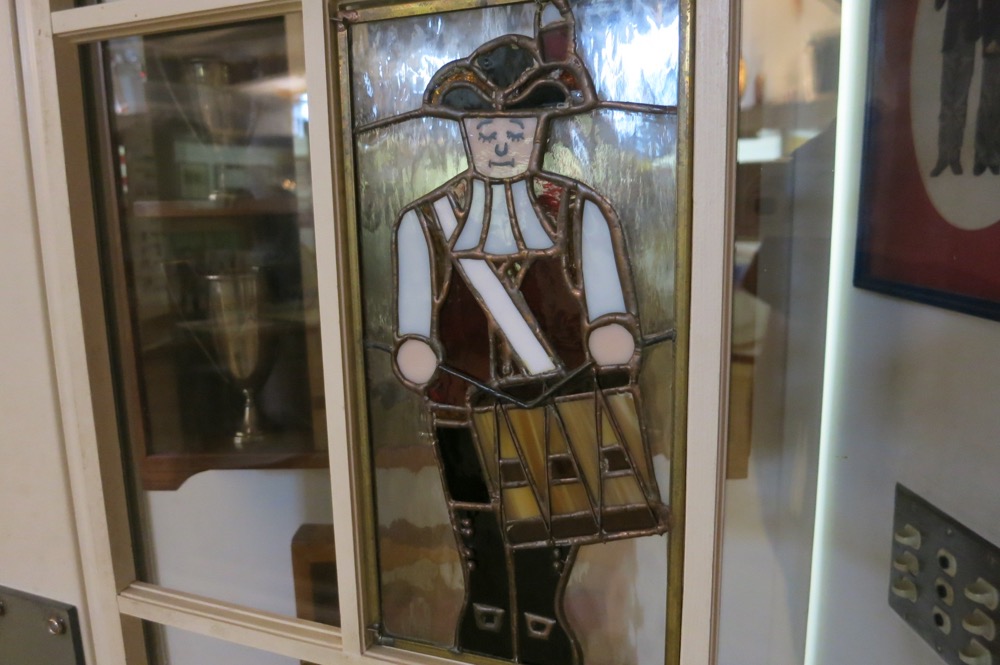 Many of the musicians returned from the service to organize fife and drum units in their own towns and neighborhoods. Although a good number of these groups functioned without benefit of regulations or uniforms, they all fancied themselves participants in a military-type unit of “Martial Musick” and continued to play the type music they had learned in the Army and the Organized Militia.

Skipping through a couple centuries, these groups regionalized and kept the tradition alive, even as the military phased out the need for such musicians. Different styles emerged in different regions, and Connecticut was always regarded as one of the primo fife and drum areas. We apparently stuck to the classical style and kept it real. 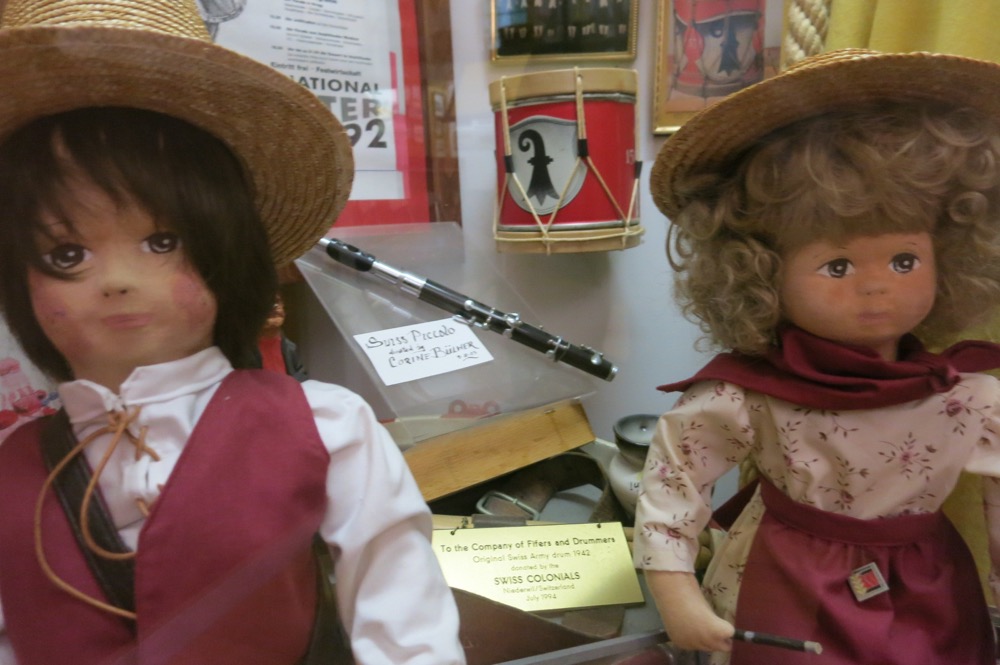 And as one of the original colonies, we’ve been doing this whole thing longer than most places. And since it appears only New York and Massachusetts were into this fife and drum stuff as long and as loyally as us, musters began popping up here in the Essex area… perhaps because its equidistant between Boson and New York City. That’s the Connecticut I know.

I visited this museum during a whirlwind Connecticut Open House Day and the place was buzzing with visitors. Several of them seemed really into the displays and had vast historical knowledge of the musters and of fifing and/or drumming. Which is rad. 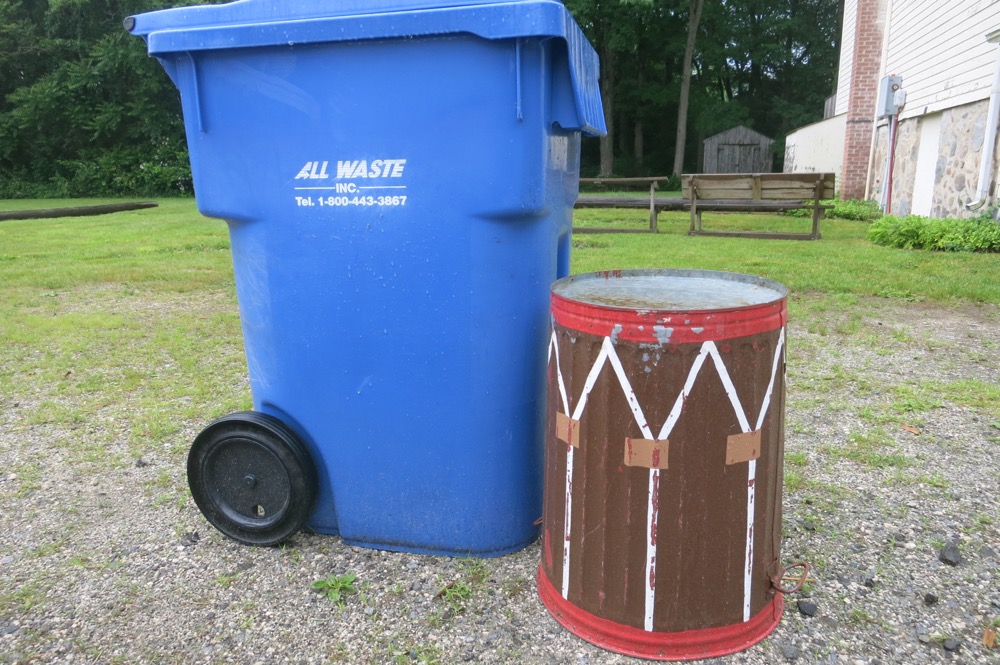 But for me, I couldn’t even pretend to know anything about it and have never been one for militaristic cosplay of any sort. Still, this is a cool little museum that adds to the vast array of “most unique” museums that dot the state.

We should… flout these unique places to… snare out of state visitors. 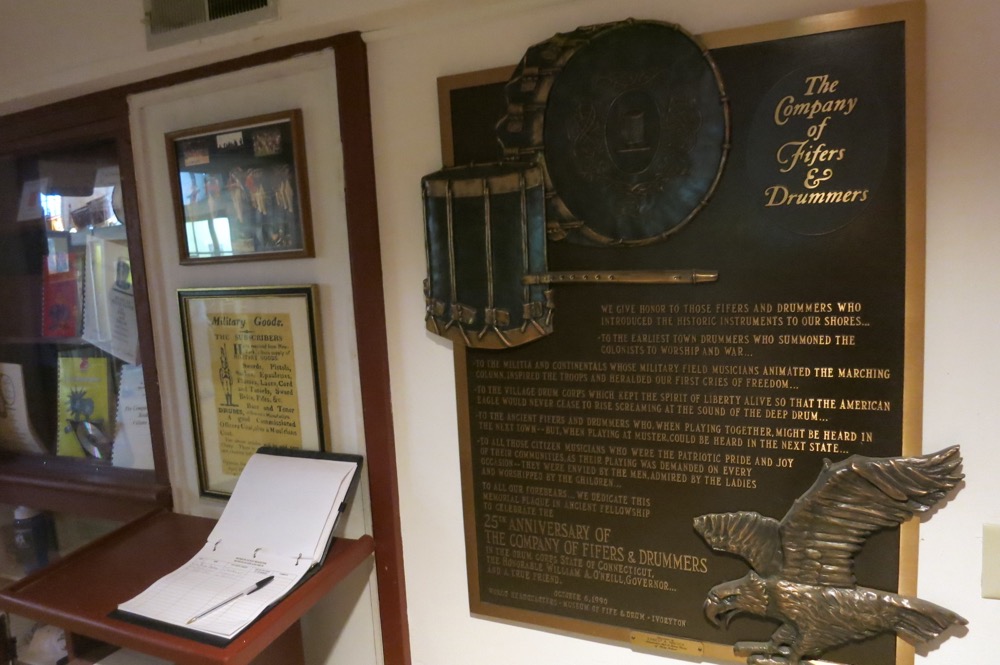 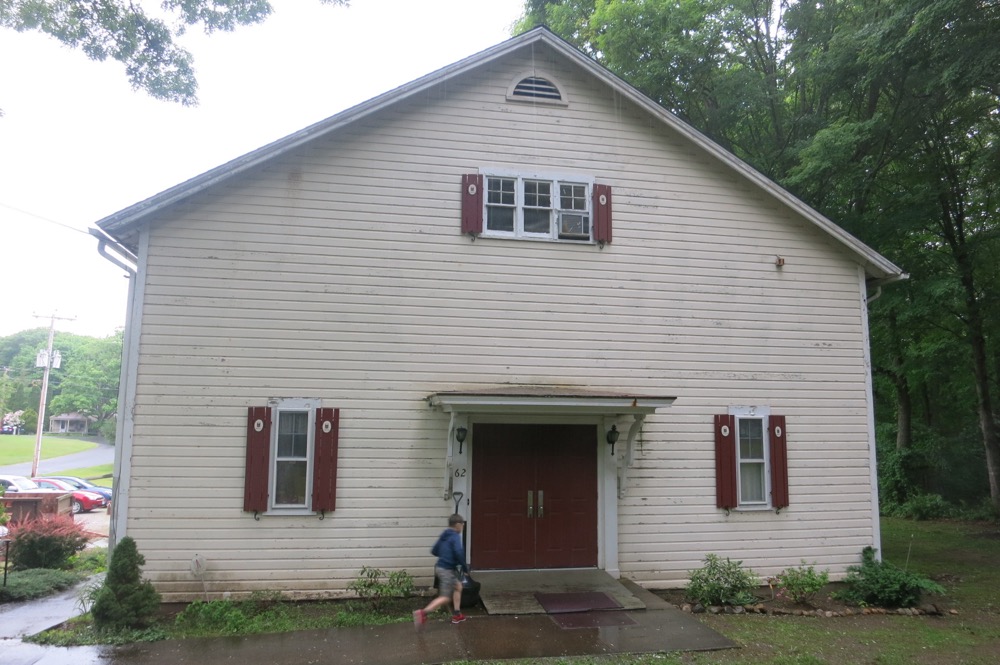 The Museum of Fife and Drum
CTMQ’s Museum Visits