Despite my apparent zeal for the World Cup, I’ve never really been a soccer super fan. Sure, I played up through 9th grade like every suburban kid in America. And yeah, I paid attention maybe a little bit more than others to things like the World Cup, but still. “Football” means football to me.

I have since had a soccer-mad son and in 2021 I can report that this is now funny to me. I don’t even watch American football anymore. 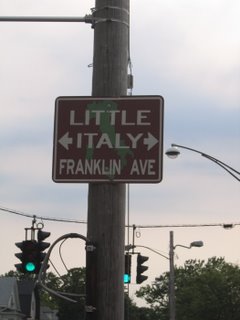 Then I watched the US-Italy game yesterday. Now… I’m a fan; an angry, jingoistic, red, white and blue fan. (Cue Lee Greenwood music.) Sure, the world hates us… But as far as soccer goes, now I hate the world right back. Especially Uruguayan referees and phony-baloney Italian diving machines. Here’s what stinks about soccer: Diving and acting. It’s part of the game and I can’t stand it. Ed and I noticed while watching other games with “real” soccer fans, everyone just accepts it. Puh-leeze. Today, the Italians got their goal after a dive resulted in a free kick. The US got 2 wholly unjustified red cards because the Italians are good actors. Actually, they weren’t – the ref was just that bad. 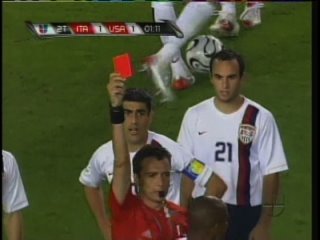 This guy is really, really lame

What’s more, and another reason to love this plucky US squad; WE DON’T DIVE. Seriously, maybe that’s why we’ll never amount to much in international play but so be it. Every 5 minutes some Italian guy was rolling around like he just got shot in a drive by, only to recover fully within 2 minutes. Soccer NEEDS to address this junk and institute rules to stem it. Or Americans will never take the sport seriously.

So Ed and I drove down to Hartford’s Little Italy section in an effort to watch the game with a bunch of Italians. With Ghana’s improbable victory over the Czechs earlier in the day, the US now had a glimmer of hope. Unfortunately, they had never beaten Italy in a World Cup game, never won a World Cup game on European soil, and never won a game after losing the first. We were joined by the lovely Aoife, Ed’s friend who was born and raised in Dublin by an Irish father and Sri Lankan mother. And that, my friends, is why our country is the best country in the world. Enough of my blather, let’s get to the action. 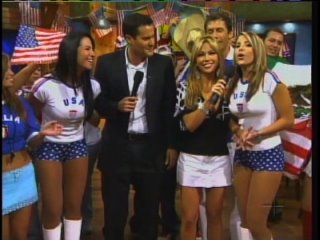 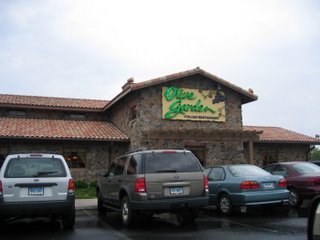 Hmmm, where to watch the game? Here? No… keep driving 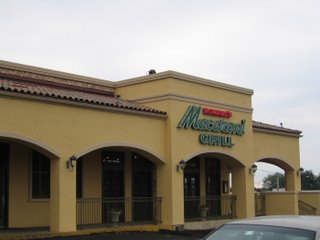 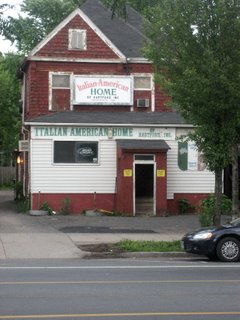 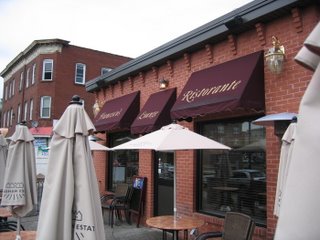 Ah, yes, Francesco’s in Little Italy. This should be bueno. 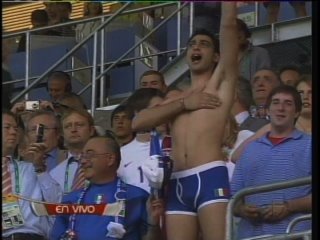 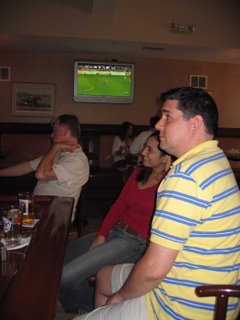 Ciao Bella! Ed and Aoife soak up the scene and watch the action. 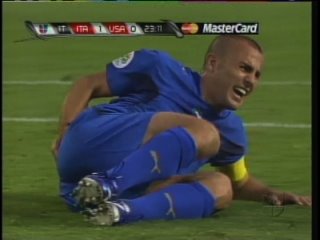 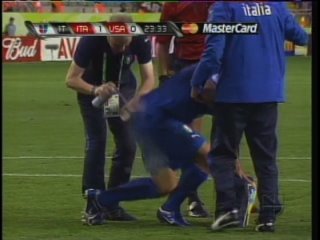 Here, have some magic phony Italian fairy dust spray! Works like a charm! 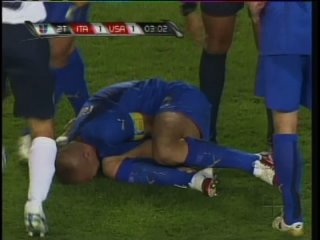 There was some action between the Italian diving and whining 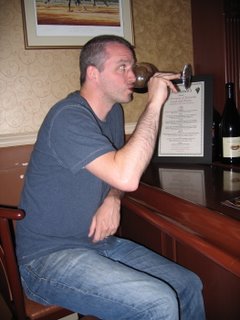 The fakery drove me to drink a nice Chianti. When in Rome… 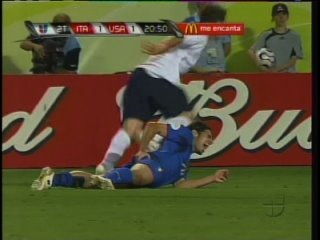 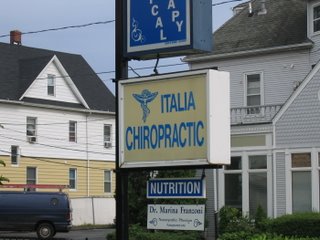 Here’s a fake back doctor right here in Hartford for your fake back injury. Jerk. 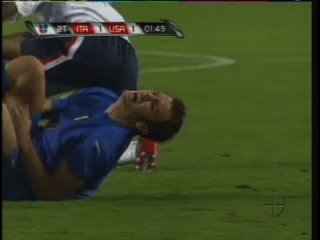 Gobba Gul with these wimps! Waaaahhhh! 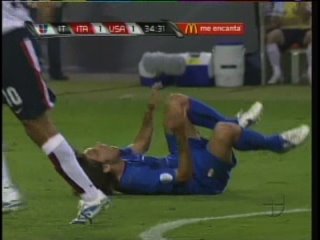 Now I know why Italian moms coddle their sons so much. 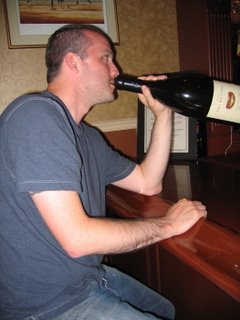 After all this nonsense, I really needed some wine 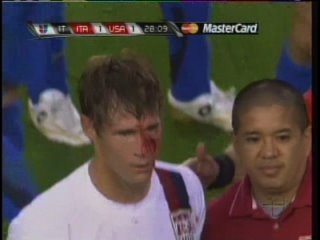 American tough. Brian McBride hopped up and got right back into the game. He made us all proud, especially in the face of the wimps from Italy. 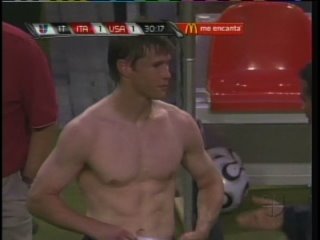 One for the ladies

Damian, taking on the personality of “Damiano,” got into the act after watching the game: 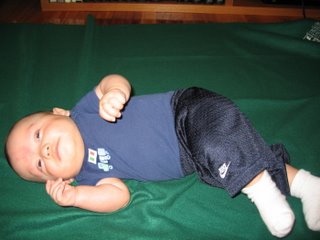 Good one, but you don’t look hurt enough. 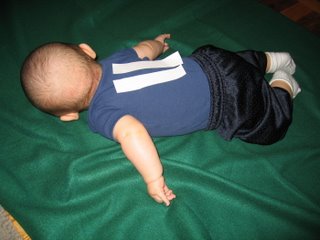 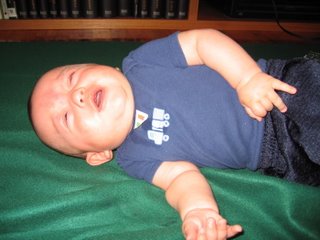 Yes! You’ve got it Damiano! Pefecto! Like a true Italian.

In the end, the US tied Italy 1-1. We had a goal disallowed on an offsides. We played with only 9 guys the entire 2nd half (instead of 11.) We showed grit and heart and a panache in the face of the idiot referee and antics of the Italians.

This sets up a HUGE game Thursday with Ghana at 10AM. But first, a Brazil-Australia game at a Peruvian joint.