Every so often I have one of those proud dad experiences out in the woods with my boys that affect me in ways I couldn’t have foreseen. These have almost exclusively been hikes during which Damian, my special needs son, overcomes a challenge which had been difficult or impossible beforehand. 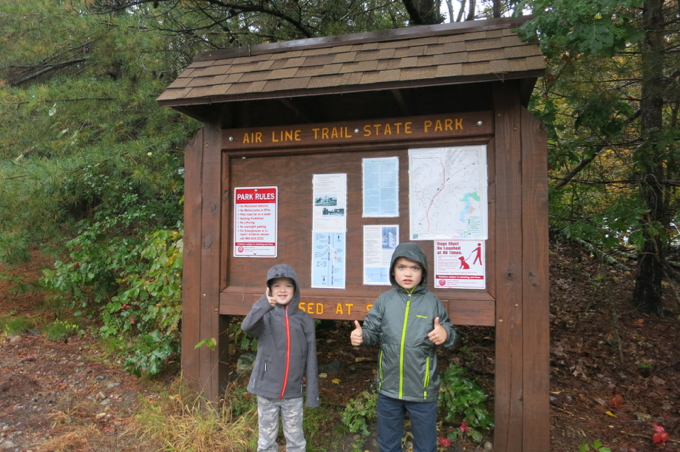 But this hike, the relatively flat 1.8 mile out-and-back to the CT-MA-RI tri-point marker was a little bit different.

The weather report was very clear: rain until mid-morning, then clear and dry the rest of the day.

So I packed up the boys and made the long drive out to the extreme northeast corner of the state. 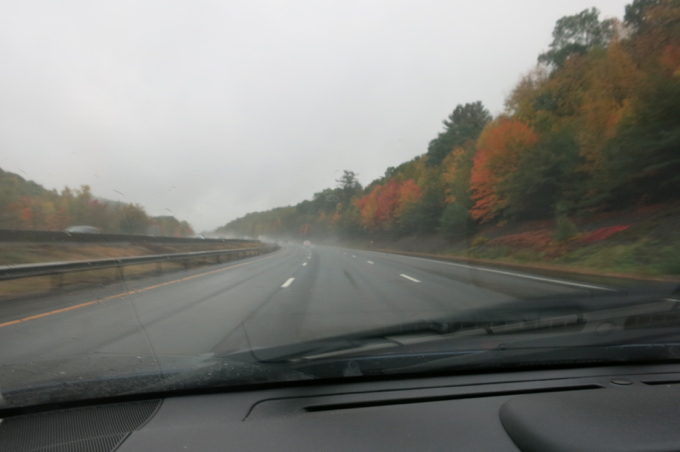 I putzed around, taking the scenic route through Woodstock and Thompson, hoping to kill enough time for the rain to stop. 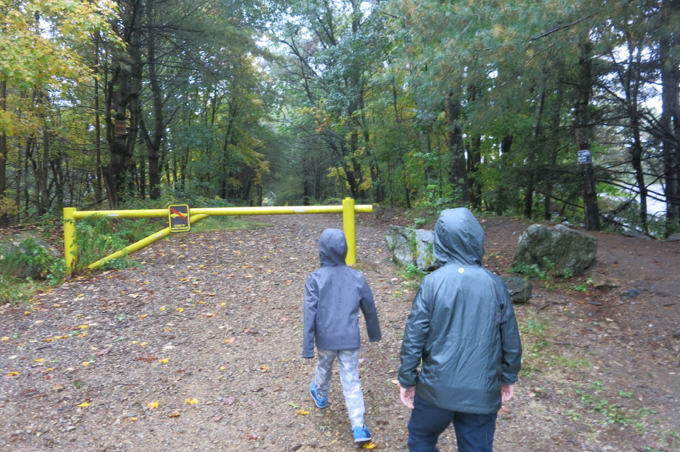 I parked at the trailhead and weighed my options. We drove a long way to get out here, I had some other CTMQ stuff to do that didn’t open until after lunch, and, well, I packed smartly and had full changes of clothes for both boys. 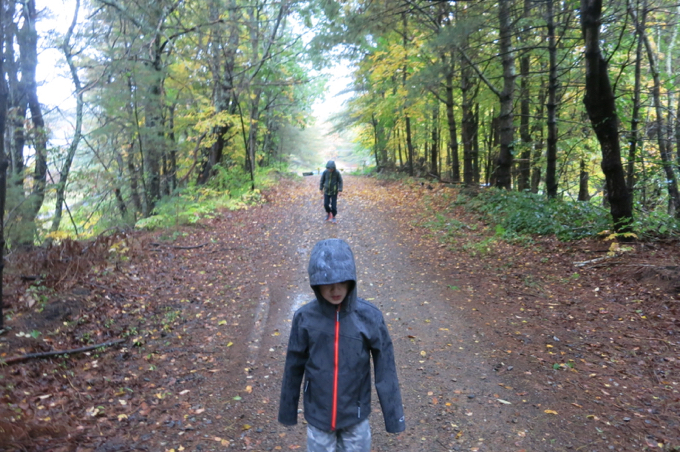 It was pouring.. The weather reports were wrong… very wrong. Somehow, and I have absolutely no idea how, Damian and Calvin hopped out of the car and didn’t really complain about the conditions at all.

It was… weird. Damian HATES the rain and let’s face it, not too many 5-year-old kids fancy walking in a downpour for 45 minutes either. But that’s exactly what we did. 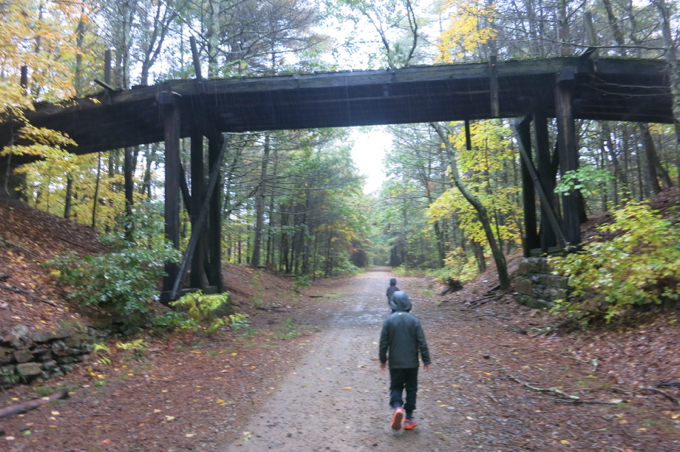 I’d done this exact hike a few years prior (in decidedly better conditions) in order to nab the tri-point. For as you know, tri-points are important. Here’s my page about it.

What’s more, the nice little walk in Thompson takes hikers along the former rail line that saw the only four train pile-up in US history: The Great East Thompson Train Wreck. (People seem to enjoy my write-up about it.) 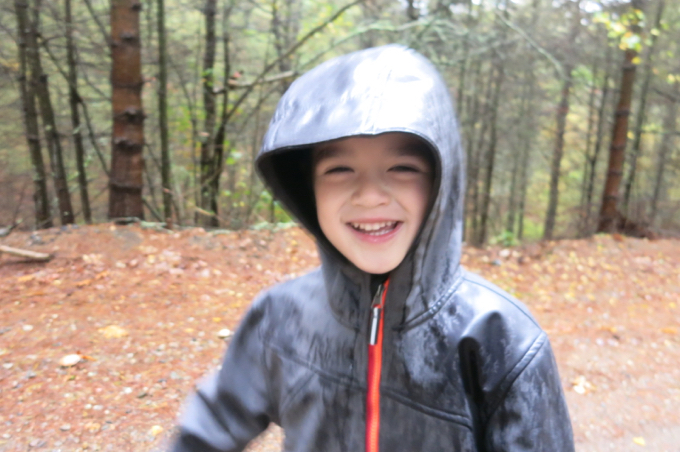 Happy in the rain

I was prepared for the Great East Thompson Deluge Hike Wreck as we began the walk up the pin-straight former rail bed.

Damian gave his usual resistance, but nothing more than normal for him. Calvin seemed to be enjoying himself. I had no idea what was going on.

The trail has been smoothed out from what it was a few years ago, when it was an endless series of large bumps all the way from the road to the border. We passed under the old trestle which, unfortunately, provided no respite from the rain. 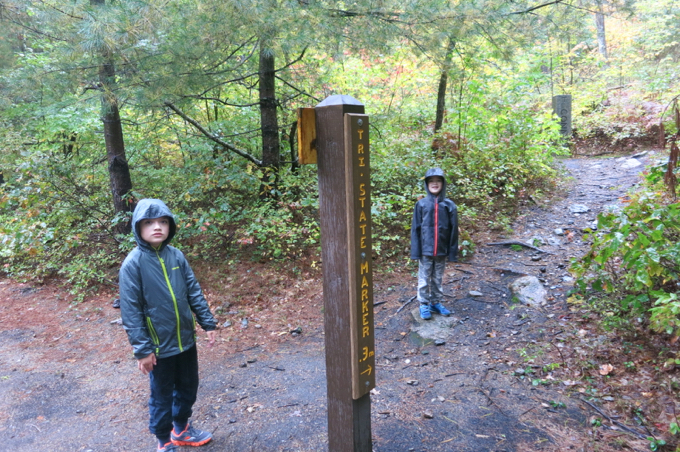 New signage at the turn off

They were keeping their hoods on! They weren’t complaining about their wet shoes and socks! And pants. And butts. And faces. This was amazing.

We reached the turnoff which now has a nice sign pointing the way to the tri-point. We were now off of the easy, flat trail and onto the “real” woods trail. And it was still raining pretty hard, but starting to subside.

The trail has also been blazed since my last visit, which is always nice. 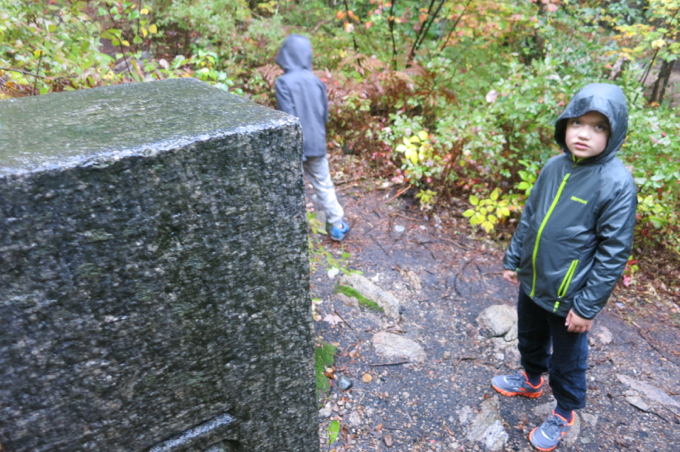 Calvin was happy to do his “rock ninja” thing; hopping from wet rock to wet rock. I warned him countless times that wet rocks are slippery. Wet rocks with wet leaves on them are very slippery. I think he only fell a couple times, which I view as success.

Damian had a bit more difficulty in the woods, but he plugged along pretty well, only needing help a few times. I had psyched them up for the “giant” monument at the tri-point, telling them it “was like a mini Washington Monument!” (They don’t know what an obelisk is yet.) 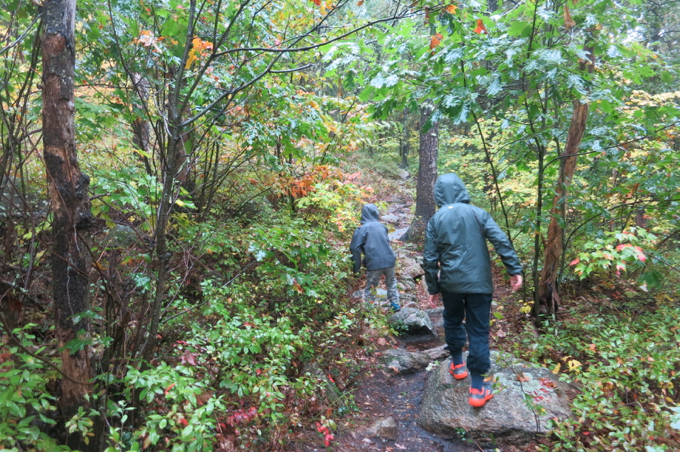 Up and down a few little bumps and voila! There it was! Just as we arrived, the rain subsided a bit and they both started peeling off their jackets.

“Um, boys… we still have to walk back the way we just came to the car. Leave your clothes on.” 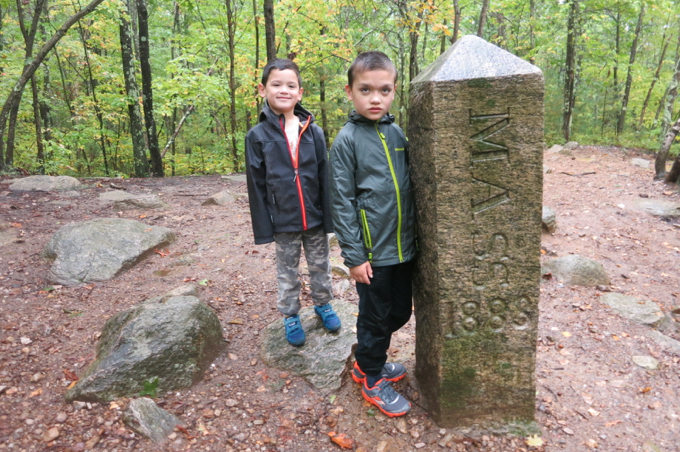 Neither grasped how cool tri-points are, but they did enjoy the obelisk. We took a few pictures and retraced our steps back out to the car.

It started pouring on us again as we got closer to the road, but again, no one seemed to mind a bit. I was ecstatic! They can hike in the rain! I consider this a milestone. 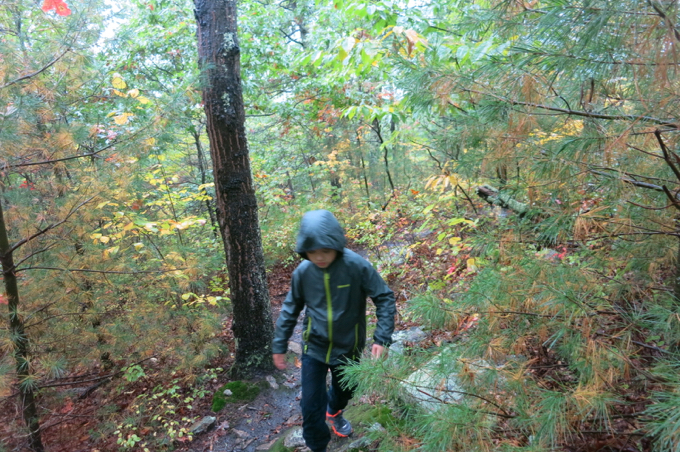 Once back to the car, my excitement was tempered by the realization that I now how to strip them both down and completely change their clothes. I learned that this is a massive pain in the butt – peeling soaked pants off of squirming little boys, drying them, and redressing them in booster seats in an little Impreza while it’s pouring on my back is not fun.

But whatever, it was worth it. We had come all the way out to Thompson in a driving rain storm and completed our 12th Sky’s the Limit Challenge for 2016. They were warm and dry and happy. 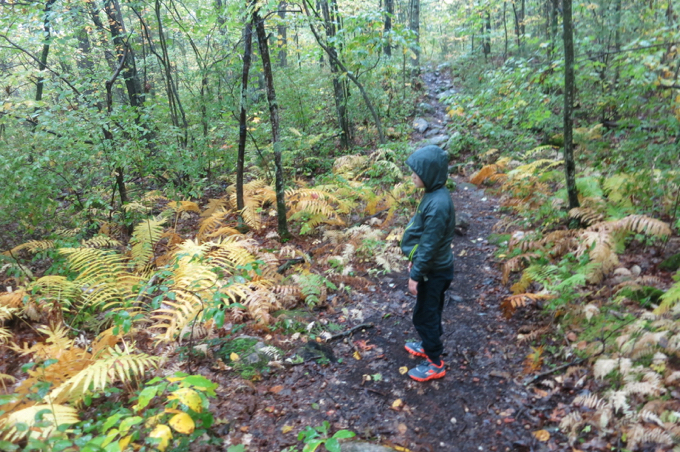 Both could sense my pride at their accomplishment and they seemed to eat it up – along with the scones I had brought.

The only problem was that I didn’t think to bring a change of pants/socks/shoes for myself, so for the next two hours (a museum, lunch, a brewery, and the long drive home) I was a bit uncomfortable. 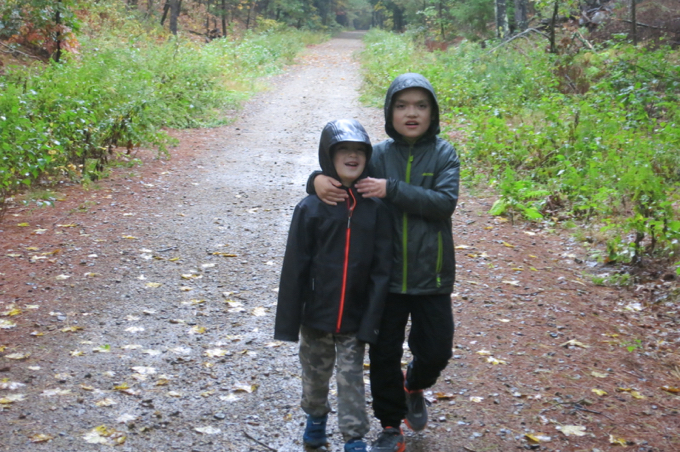 This was genuine. In solidarity against me, no doubt.