At some point during my decades-long journey of chronicling visits to every museum in Connecticut I decided to be nicer to the tiny little town history museums. They are volunteer-staffed and donation dependent. They are labors of love and are often in states of constant flux.

And I think I’m pretty fair across the board. Generally. Usually. Sometimes… 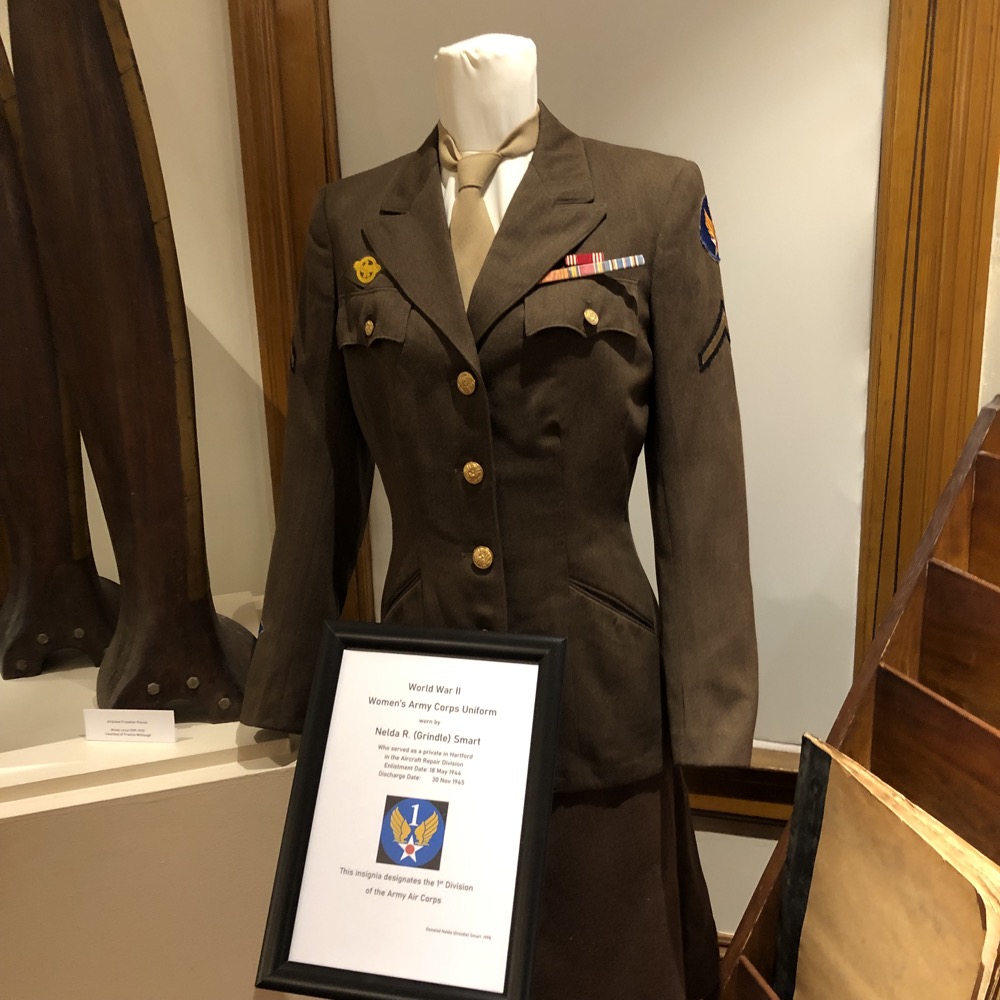 … sometimes it’s hard. Some of these tiny joints are just really not very interesting or exciting to non-residents. Which… is fine. These types of museums are not really meant for outsiders – and that was proven during my visit to the Watertown History Museum. Not that I was shunned or ignored – far from it. It’s just that everyone else there during the Connecticut Open House Day event knew each other and knew people featured in the “Stories in Service: In War and in Peace” exhibit.

I pulled into the newly paved and lined parking lot and was heartily greeted by three historical society folks standing out on the stoop. So excited to see me! The museum is housed in a lovely restored old house and I’m sure there’s a story attached to it, but I don’t know what it is. 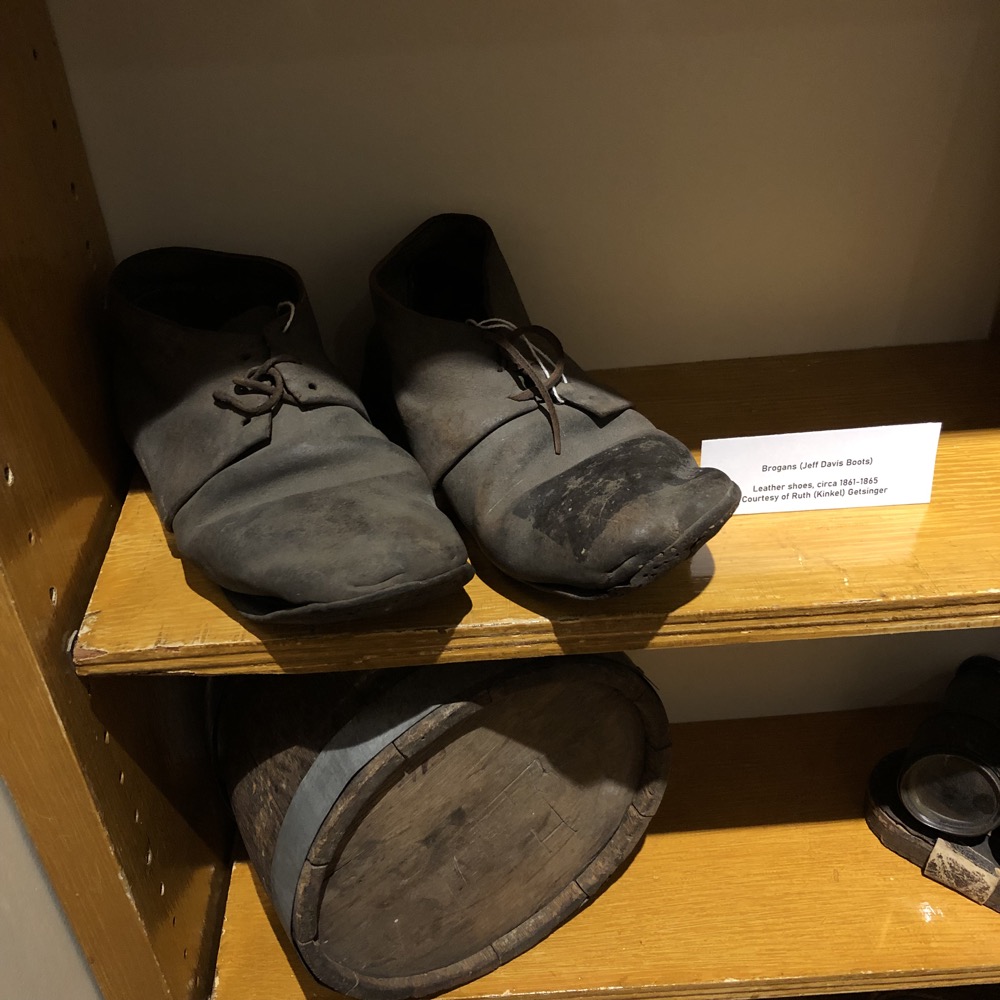 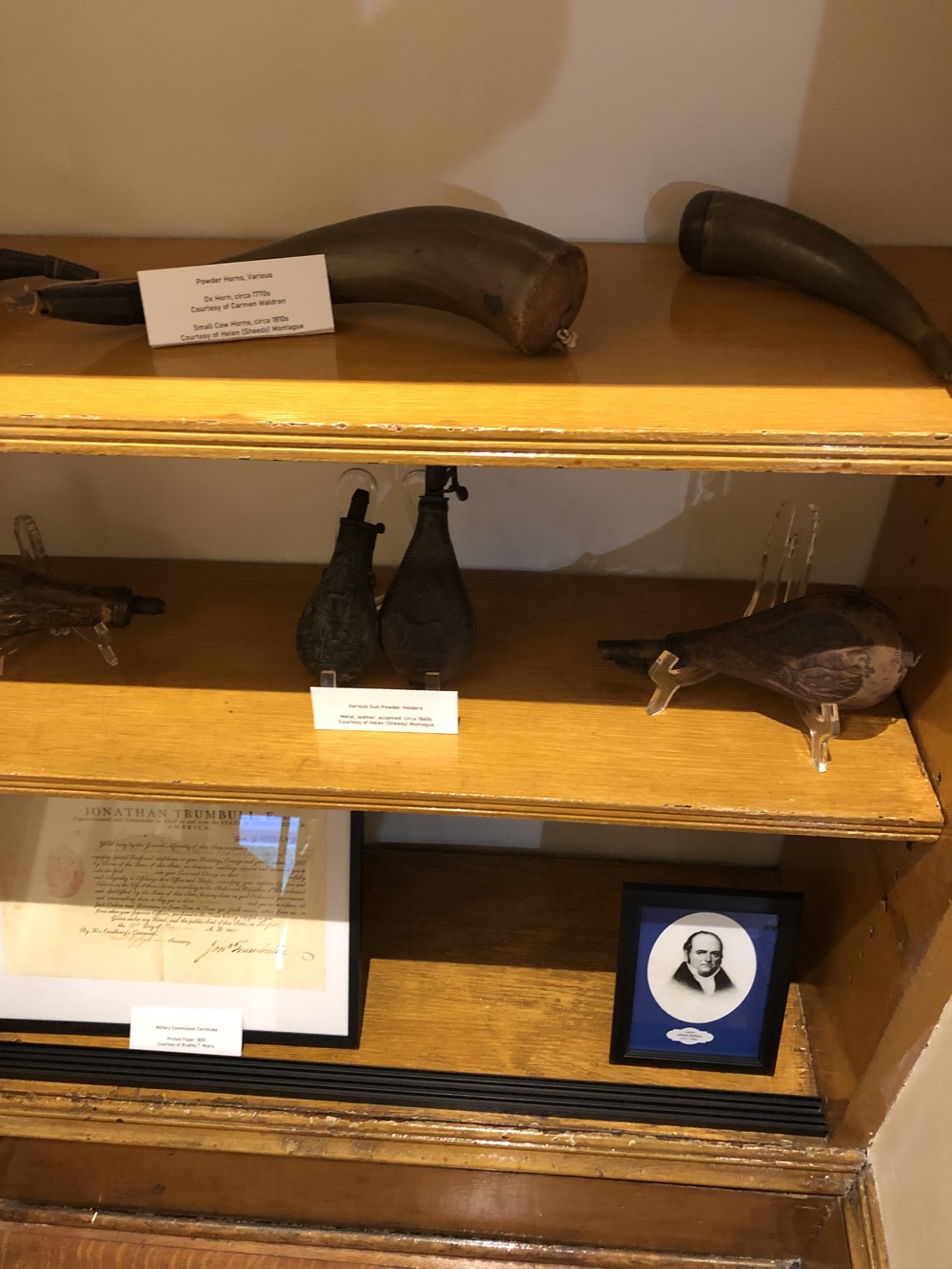 I only know that the museum’s presence there is new as of 2021. And as such, only a teeny tiny room is open to visitors. It was the size of a walk-in pantry. Oh snap, I just found this:

Julia (Havens) and Buell Heminway built this elegant home in 1897 for their daughter, Mary Julia, and her husband, Paul Klimpke, Taft instructor. Phew. I’m pleased to be armed with that knowledge now. (The Taft School is a beautiful $65,000 per year boarding school in Watertown.)

Anyway, back to the exhibit. It honored those who served in the military or supported war efforts as civilians from colonial times through World War II. Sounds incredibly comprehensive. And yet, it all fit into a decent sized walk-in closet. And I had a tour guide! 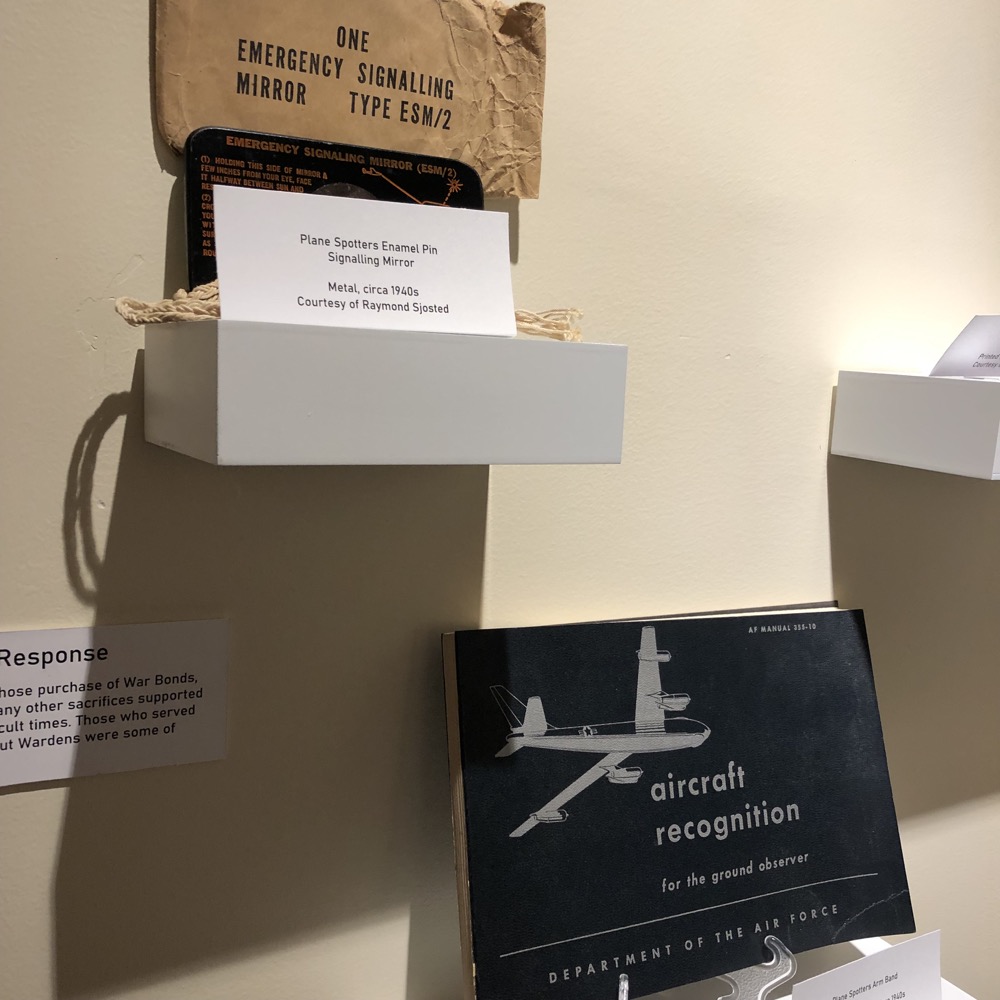 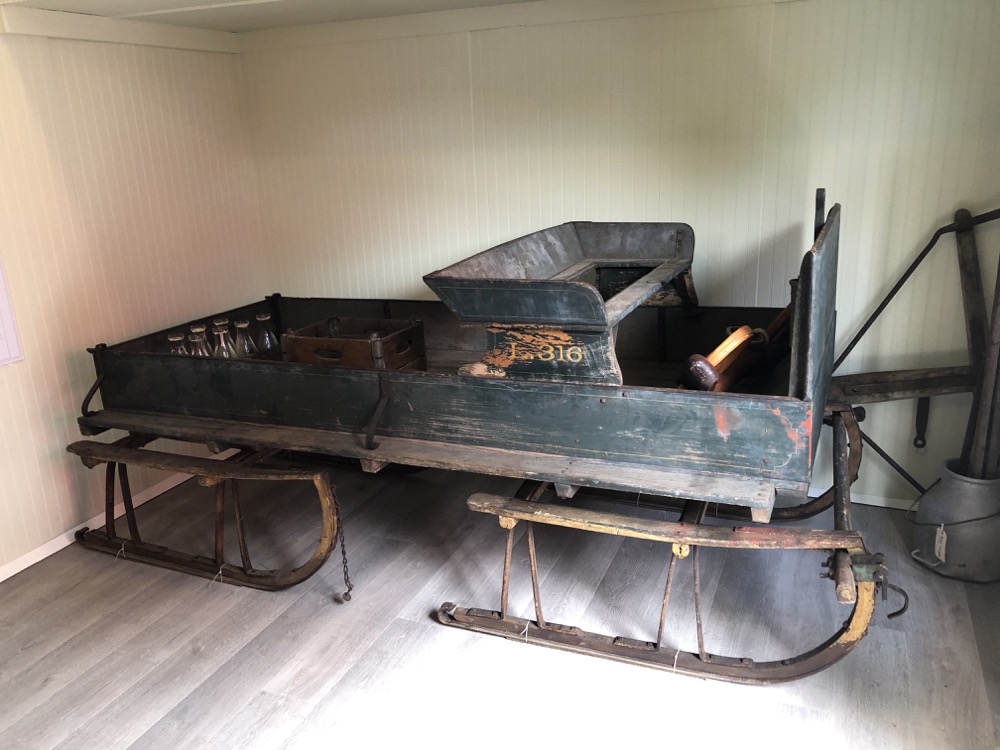 My man was able to stand in the center of the room and simply spin around in place pointing at the various items. They were organized from the Revolutionary War through WWII. In a way, it was kind of great. “Here’s the history of Watertown’s participation in the various big wars of our country. Enjoy.” Done in five minutes.

They had powder horns from the 1770’s. A pair of boots from the Civil War. (Stick with me here, we’re moving quickly.) A World War II Women’s Army Corps Uniform. Some WWI stuff I didn’t take a picture of. And some other stuff. 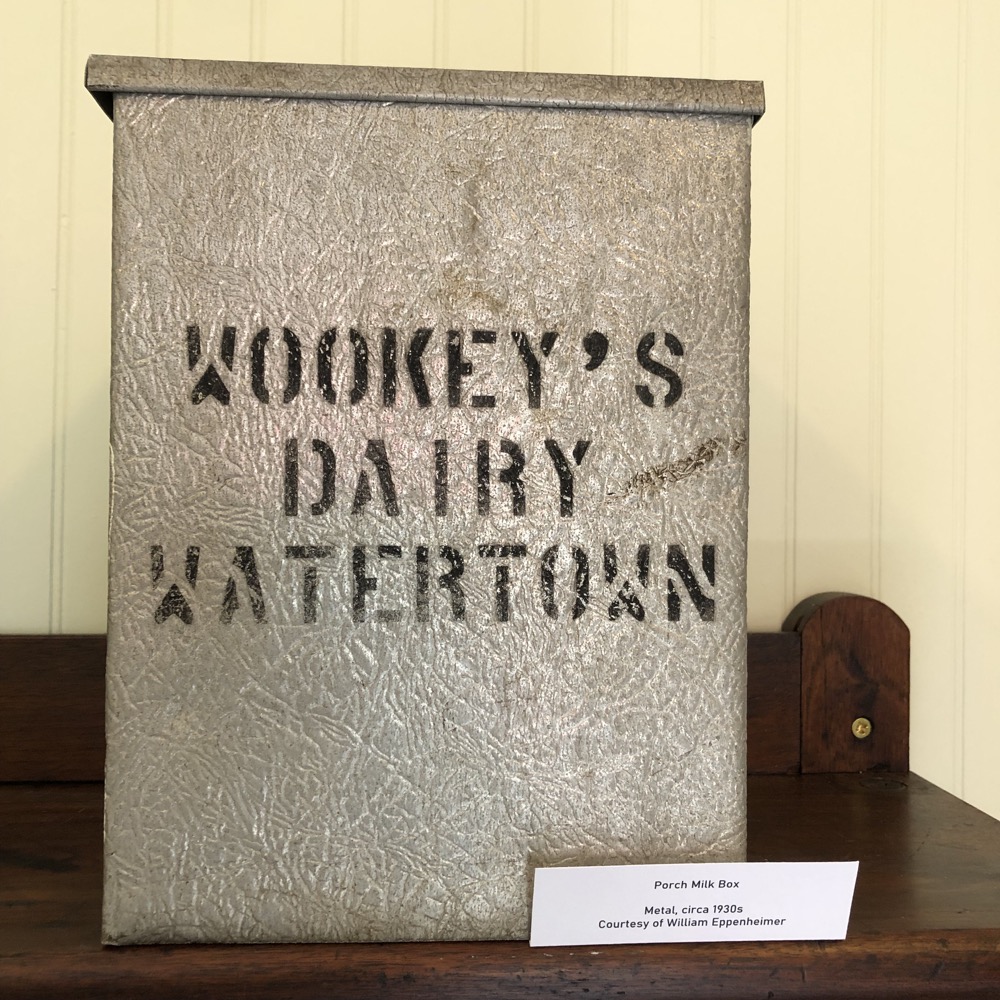 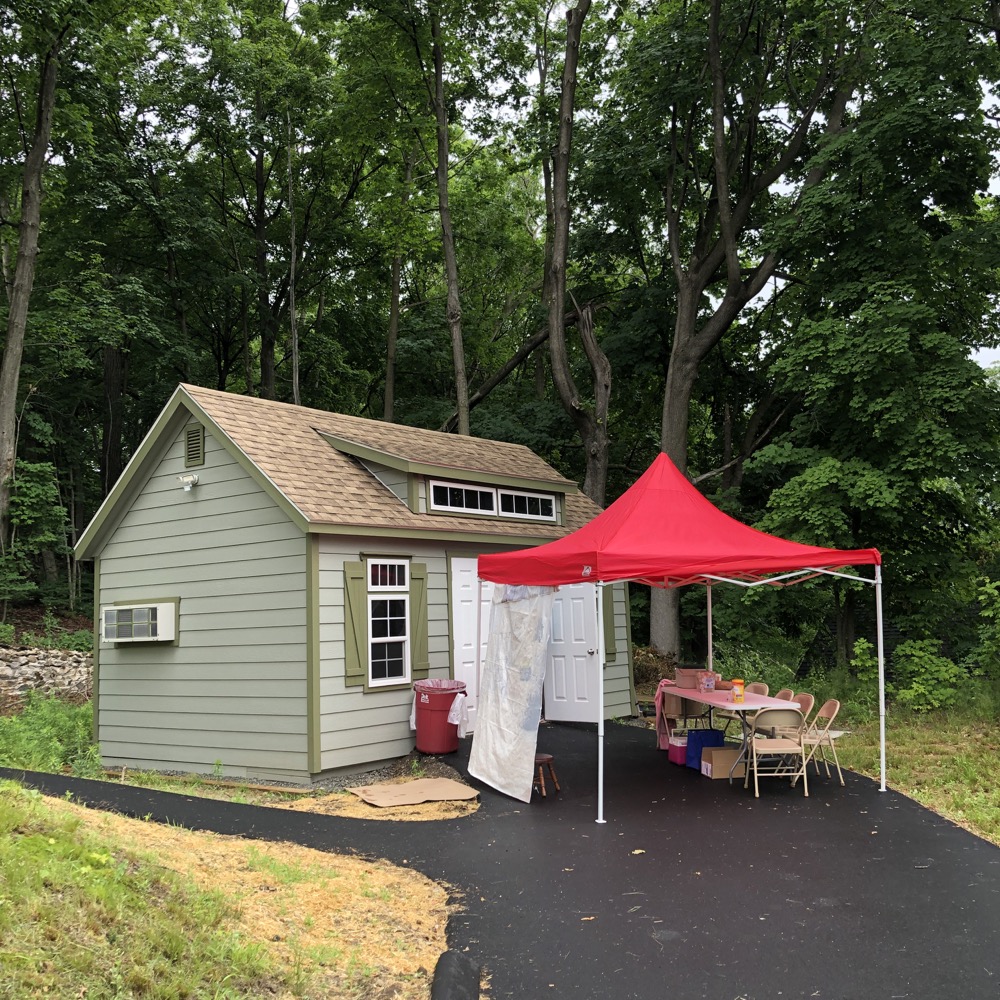 The coolest thing here, by far, was a tiny display about the Plane Spotters of WWII. They were local volunteers who would sit in towers with binoculars and identify any aircraft as friendly or Axis. There were signaling mirrors and everything.

And that, my friends, was that. I’m sure the museum will expand to other rooms of the building as they grow and and dust off their collections. I said my goodbyes and thank-yous and walked to the large shed – errr, “annex” – out back for the “Milking Memories” exhibit. It provided information about local dairy farms. A large interactive map provided the location of local farms from the past. 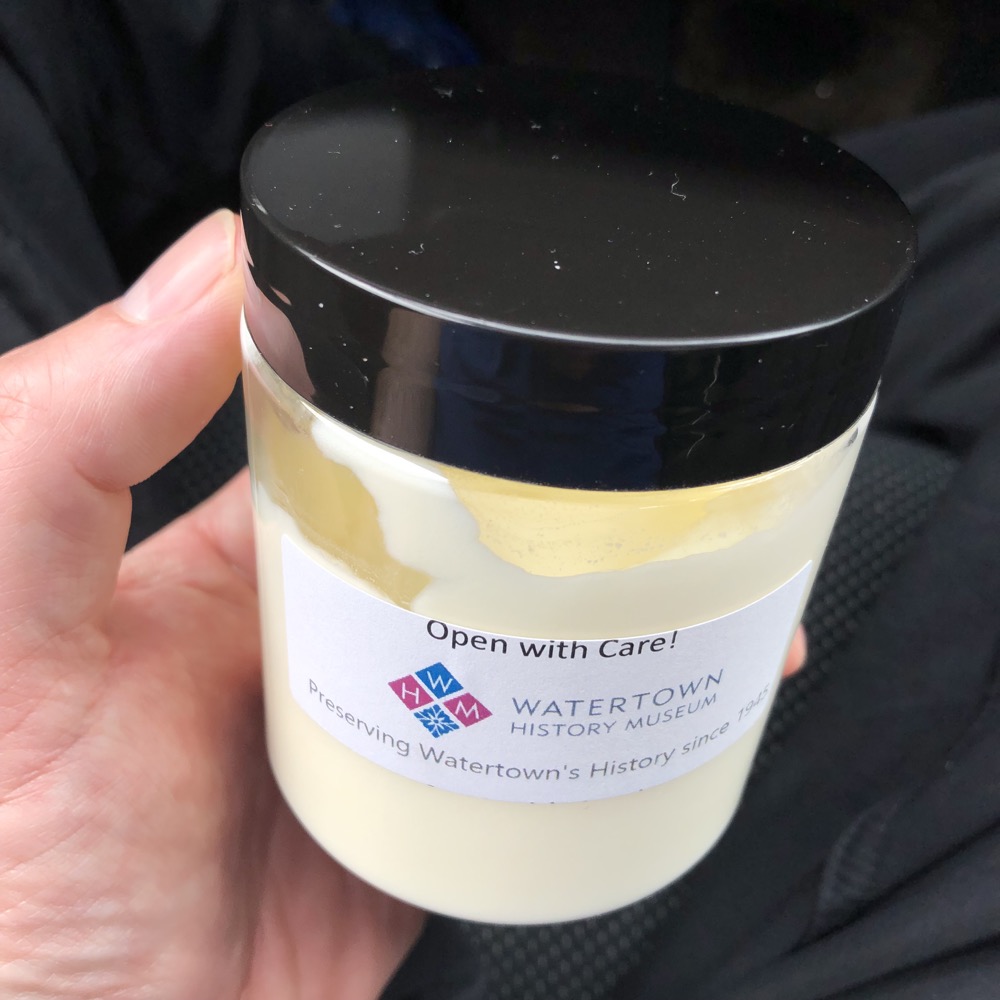 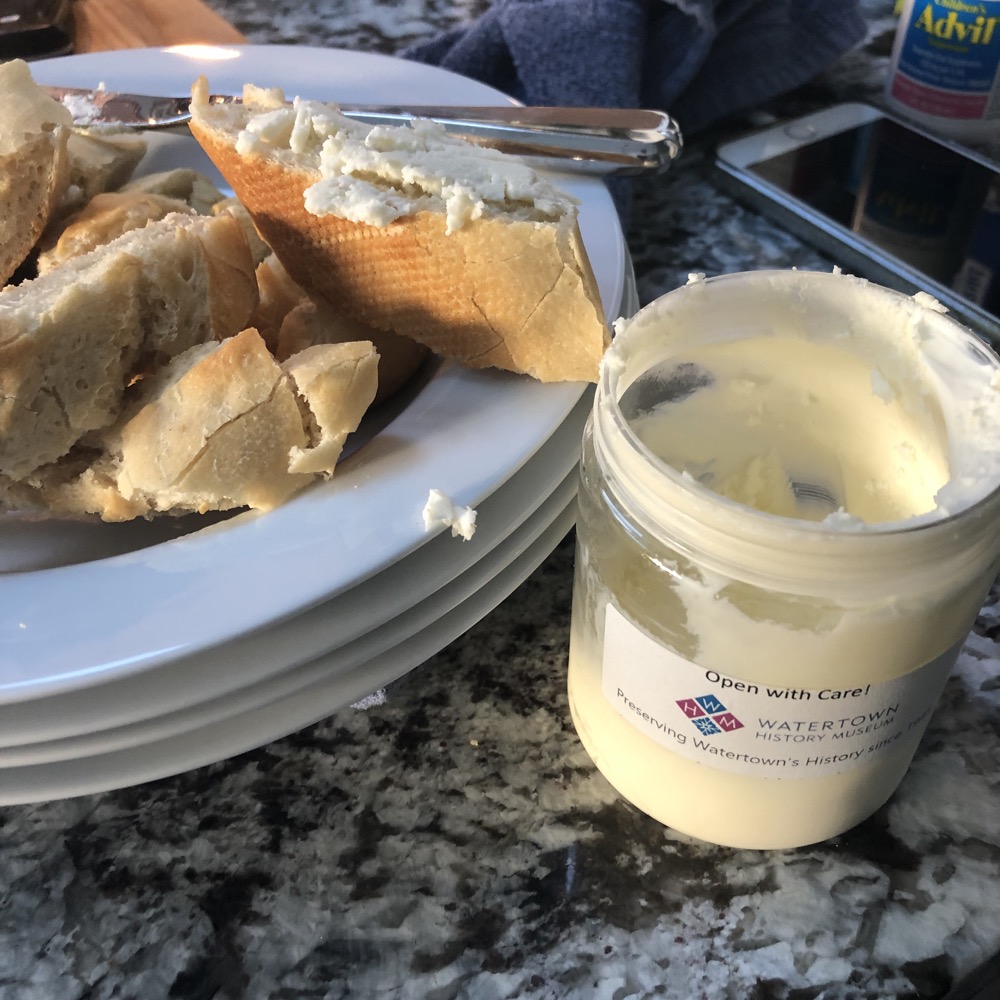 There were old dairy farm implements and of course the glass milk bottles. I was shown “around” by a younger woman whose family has dairy farmed in Watertown for generations, so that was neat. I was also given a little tub of heavy cream and told to shake it for five minutes in order to make butter.

So I did. The older woman was impressed with the speed at which I was able to make my butter. She enthusiastically told me to take it home and eat it, so that’s exactly what I did. You see? While I can’t pretend I gained too many lasting memories at the Watertown History Museum, I got some fresh butter. 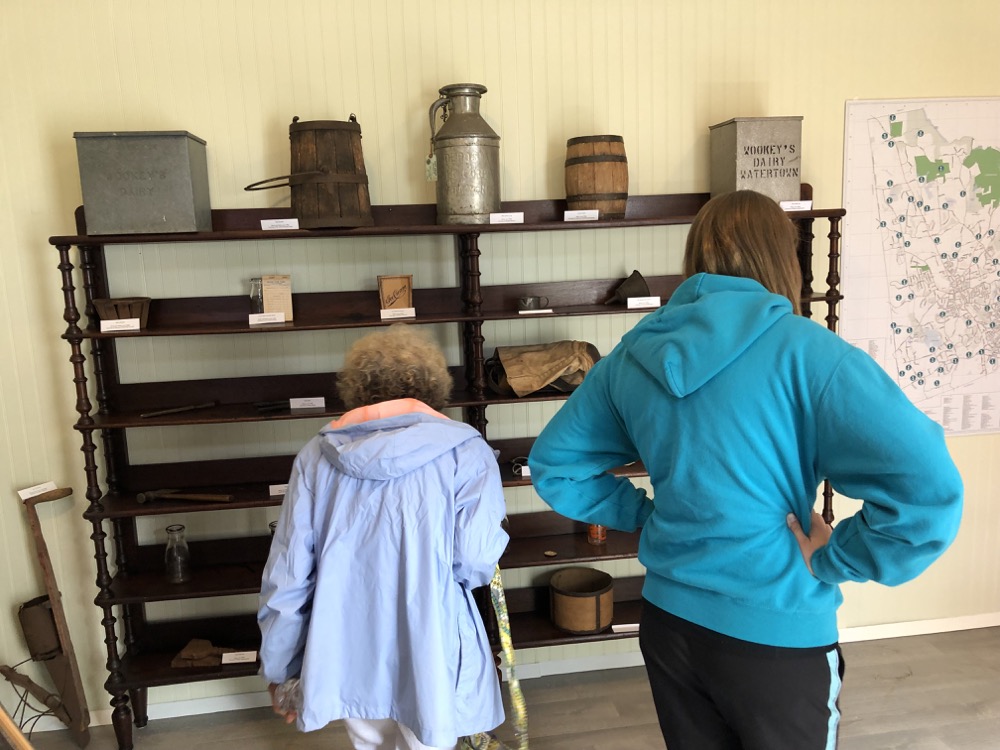 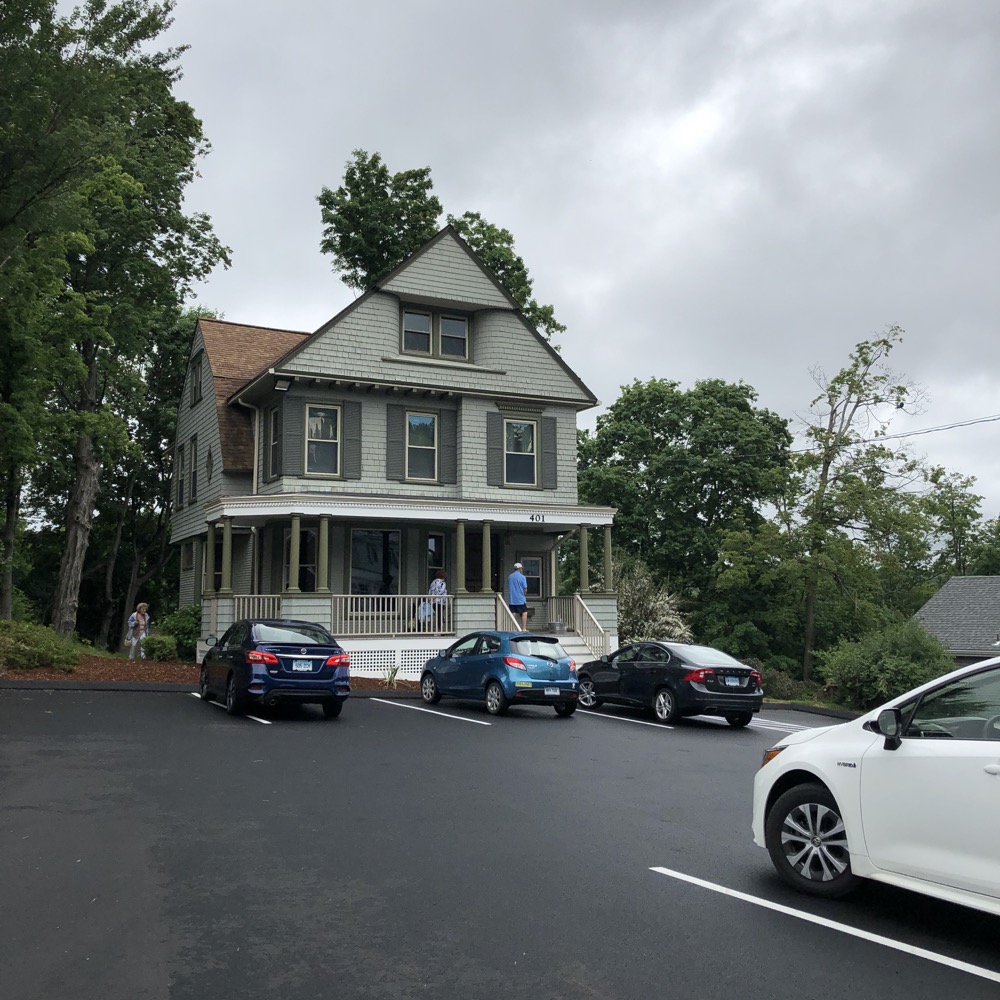