The Greatest Story Ever Told
Whetton Woods Preserve
May 30, 2014

Praise be. PTL. I believe! God is good!

(I don’t believe, actually, and please just ignore this page if you are an easily offended religious person. Thanks!) 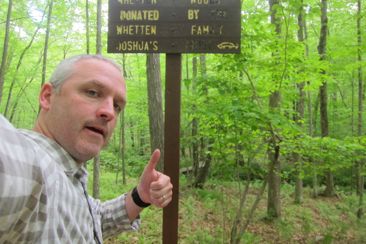 I made really good time from a work conference in Boston to Mansfield on a Friday, having arrived on campus 45 minutes ahead of a meeting I had at a little museum there. I had a few choices of what to do with my time: eat lunch, wander aimlessly, have a beer, go for a hike.

Something told me – a prophetic voice perhaps? – to go with the hike option. Okay, I had previously printed out maps for a few short trails near campus. “Go to the closest one, young man,” said the angelic voice in my head. So I did.

This lead me down Dog Lane to Hope Lutheran church. The church has been kind enough to allow for parking and a trail connecting over to the Whetten property in the woods. This trail isn’t just any old connector trail – no! This is The Trail of Hope! 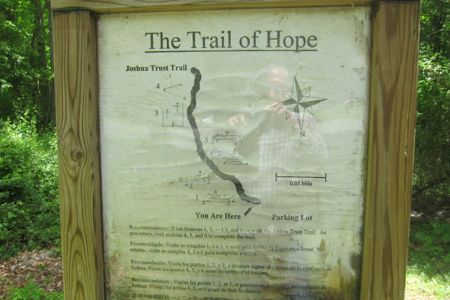 The Trail of Hope was well-maintained, but unfortunately sullied by college morons and their binge drinking detritus. Hey Huskies, this is a church trail, right behind the church. This is the Trail of Hope! Can you please find a better place to go do shots of Jager and funnel your Natty Light? And if not, pick up your crap afterwards, okay? Sheesh. (For my part, I did pick up a bunch of bottles and cans and was happy with my 50-cent haul. 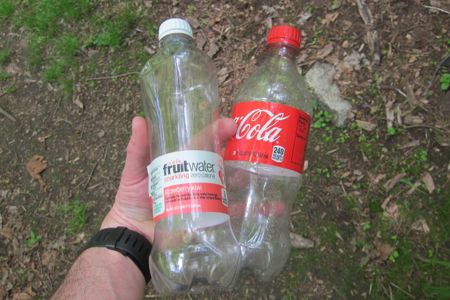 Yes! 10 cents in my pocket! Thank you Jesus!

The Trail of Hope! had provided for me, so I refuse to go off on some annoying thing about how the church’s website seems to be trying to appeal to a younger, “cooler” college crowd. Not gonna do it. 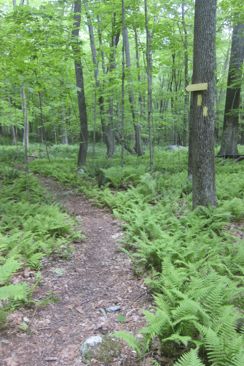 Whetten Woods Preserve is a 29-acre parcel. 24 acres were given to the Trust by Theora Whetten in 1998. Another 5 acres were added though a subdivision set aside in 2009. Although it has no road frontage, it connects to town open space and will provide an important green area as downtown Storrs grows. Whetten Woods is a forested area with rolling terrain and a band of wetlands through the center. The two groves of evergreens are host to roosting owls.

Lest you laugh at the thought of a “downtown Storrs,” they’re not joking. In fact, the Dog Lane and route 195 intersection is now a little mini-city, with new apartments, several restaurants and shops and they are putting a hotel in there. This is not the Storrs I knew 20 years ago. It’s CRAZY.

The Whetten Woods trail is easy and short. And it is blazed well and cleared nicely. I was impressed with my first Joshua’s Trust trail, especially since it’s so short and most likely not hiked all that often. It makes a point of ambling past the one glacial erratic boulder out here and then takes in a rather oddball tree in the middle of the open woods.

It’s a strange tree. It shouldn’t be here. 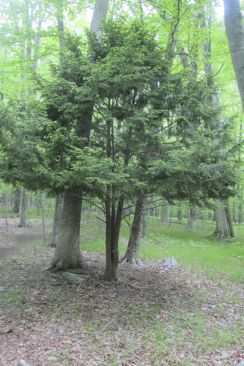 In other words, it was obviously a sign. The church, the Trail of Hope, the lone evergreen along the trail. God was speaking to me. It was like he was saying, “you will be rewarded, my son.”

Rewarded for what? And which of the 3,000 or so gods out there was the one giving me this sign?

Well, I could only assume it was Christian God, seeing as though a Lutheran church (although, don’t you dare peg them as Lutheran, maaaaaan, they just wanna hang and not get all Martin Luther on y’all – according to their website) gives the right-of-way to hike this trail.

That’s cool, cause that’s the god my parents happen to dig. So I hiked around the little hill and then up it and as I approached the final stream crossing, there it was.

In God We Trust. 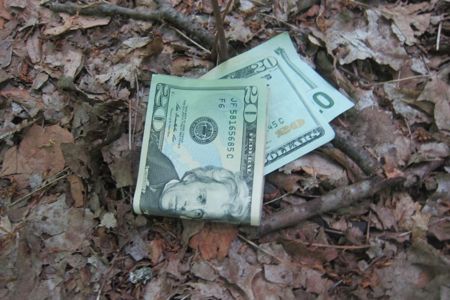 No, really. I mean, there it was! “In God We Trust” on some US currency! In the woods! Right there on a rock! Best. Trail. Ever. At first glance, I saw it was $40 and I was quite excited. But then I picked up the money and… 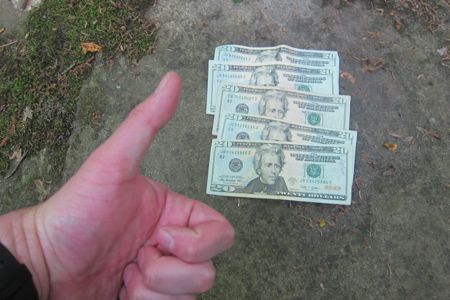 I fell to my knees and looked towards the heavens! How did I ever doubt my lord and savior, Jesus Christ? (And his dad who impregnated a virgin woman with himself as her child, so that he could be born and then he killed himself as a sacrifice to himself – to save you from the sin he originally condemned you to. Which is totally rad.)

One hundred bucks. Boom. Right there on the Whetten Woods Trail. I looked around and nope, no one was near.

I pocketed the dough (duh) and made my way back to my car. I toyed with the idea of giving it to the church as some sort of donation, but nahhh. After thousands of miles of hiking all over the US, I think this brings my total of found money to maybe $102. I know I got a dollar on Mt. Frissell’s summit in Massachusetts once. And some random change here and there. This money was mine. 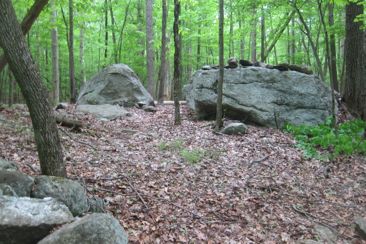 Jesus wouldn’t want it any other way.

Okay, look. This is a nice little trail. It’s very short and other than money wads, there’s nothing too spectacular out there. It’s cool that the acreage has been preserved, especially as UConn expands. I really like that. But the point of this page is more about confirmation bias.

Many people who believe in things with very little or no evidence are guilty of confirmation bias all the time. The, “I prayed for a parking spot near the entrance and Jesus provided one!”

First of all, dude, can you please pray for Appalachia or Nigerian schoolgirls or Pakistani rape victims and not parking spots by the mall? Secondly, noooo…. you remember that ONE TIME Jesus provided the spot for you, but conveniently forget the last 10 times he didn’t. Confirmation bias. There’s much more to it and I urge you to go read about it if you care. It’s an interesting human condition we are all guilty of one way or another – it is certainly NOT relegated to the religious! 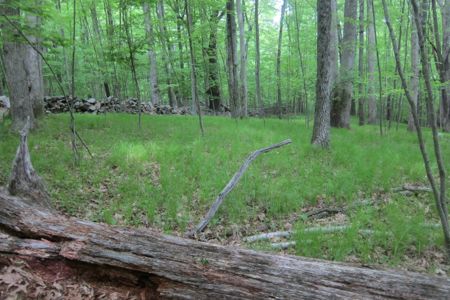 But I’m quite confident in saying that if a Christian were to have hiked this trail 10 minutes before me, and reacted to the “Trail of Hope” sign the way I’d figure a Christian would – something like, “oh that’s nice! I hope Jesus is good to me today” or something like that – that person would attribute the found money to his prayer.

For me, I felt guilty about keeping it and felt badly for whomever lost it. And hey, I put it out there on Twitter for the rightful owner to claim it.