The best thing about Bertini Park is that it connects to the sprawling Tyler Mill Preserve. The second best thing is its well-maintained and large parking lot. Now, you may be thinking, “aw, gee, Steve, the hiking here must be terrible!” 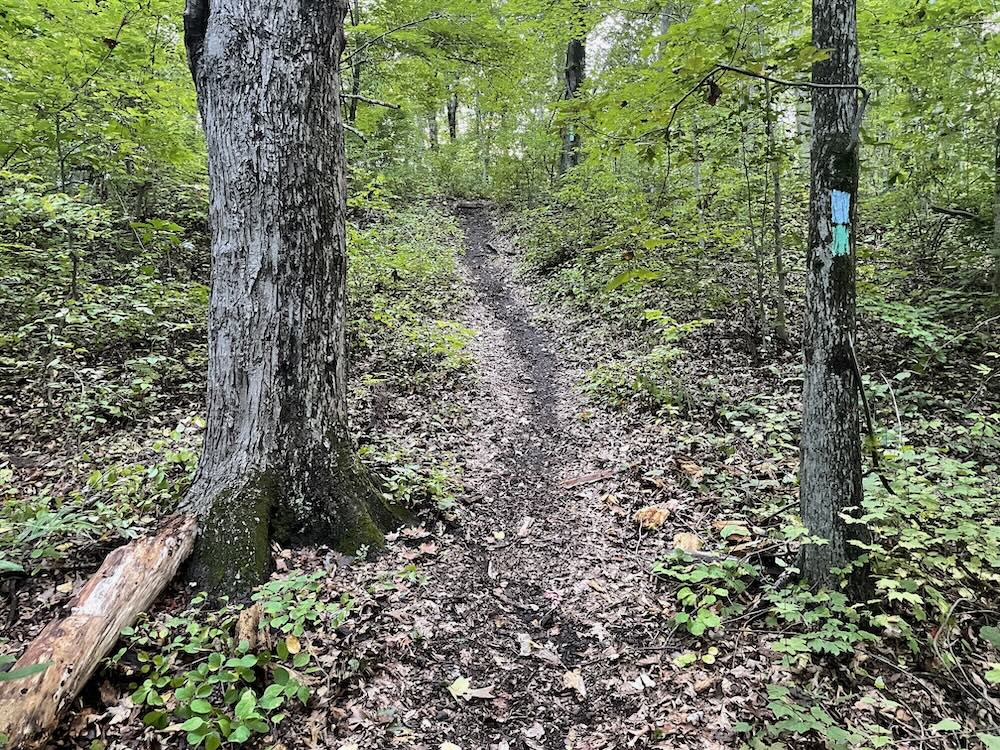 You’d be wrong. The hiking here is fairly unremarkable, but it’s not remotely “terrible.” It’s fine. The trails are cleared well and I don’t have any complaints. Bertini Park provides a nice 30-45 minute loop on a hill. Really. It’s fine.

And when I think about a lot of the other hiking options in Wallingford, it’s way better than some others – which are, indeed, terrible. 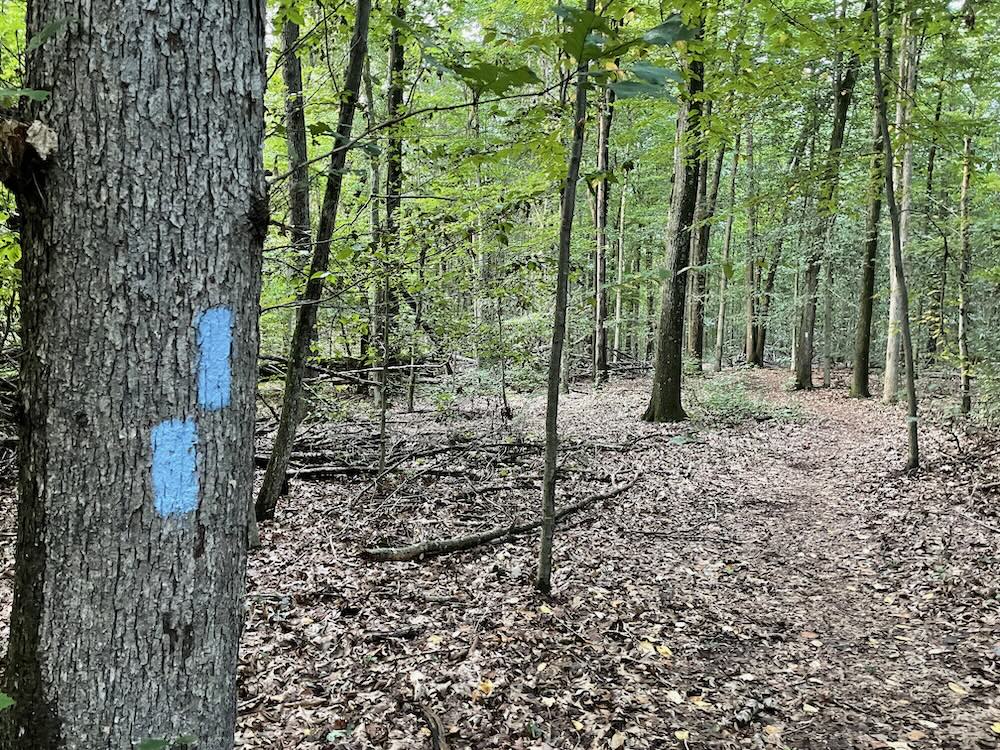 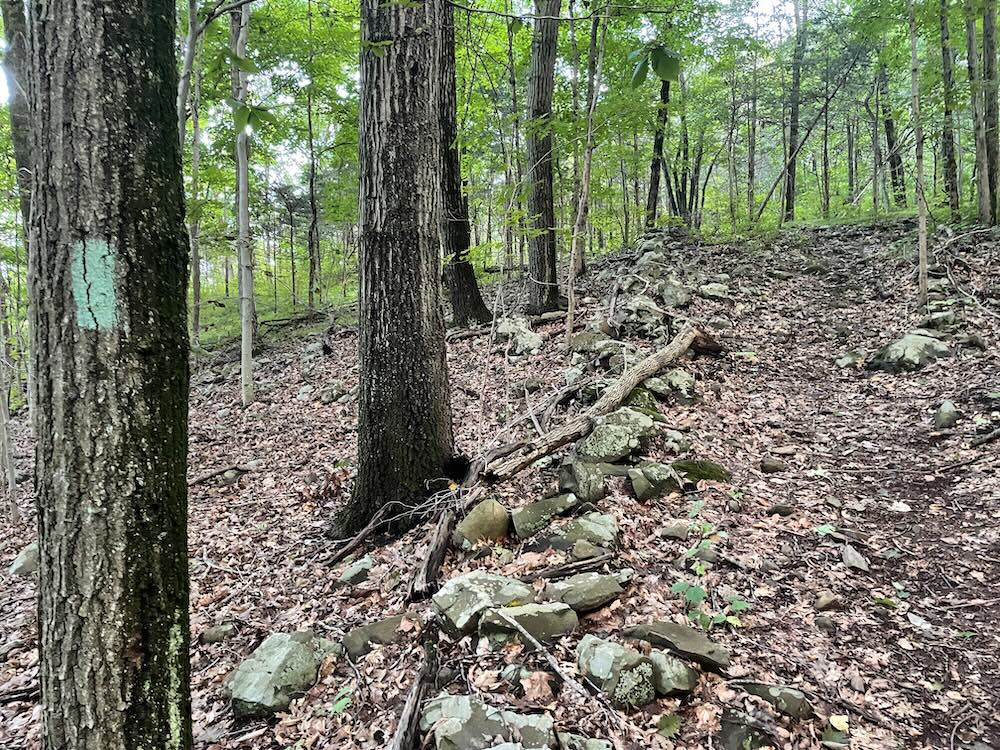 Parking for the 76.5 acre Bertini Park is located on West Dayton Hill Road in the southeastern portion of town and is actually considered part of the relatively huge Tyler Mill Preserve. The park, now owned by the town, was used as a YMCA camp around 50 years ago. The Boy Scouts did some trail work in the early 2000’s but that’s ancient history now. Someone from some commission has been keeping up with the park – and keeping up with it really well. Considering a “microburst” ripped through here in 2018 closing some trails, it’s quite impressive.

At one point, around 2008 or so, the town Parks and Recreation Department along with the Wallingford Family YMCA formed a partnership to provide day camping and outdoor educational experiences, but don’t think that’s still happening. At one time, there was a “low ropes” course here. All that exists of it today are the pressure-treated boards and a hanging tire. There were plans for a permanent pavilion that would have had water and toilets as well as platforms for tents. Again, I don’t think that happened and if it did, none of it still exists. 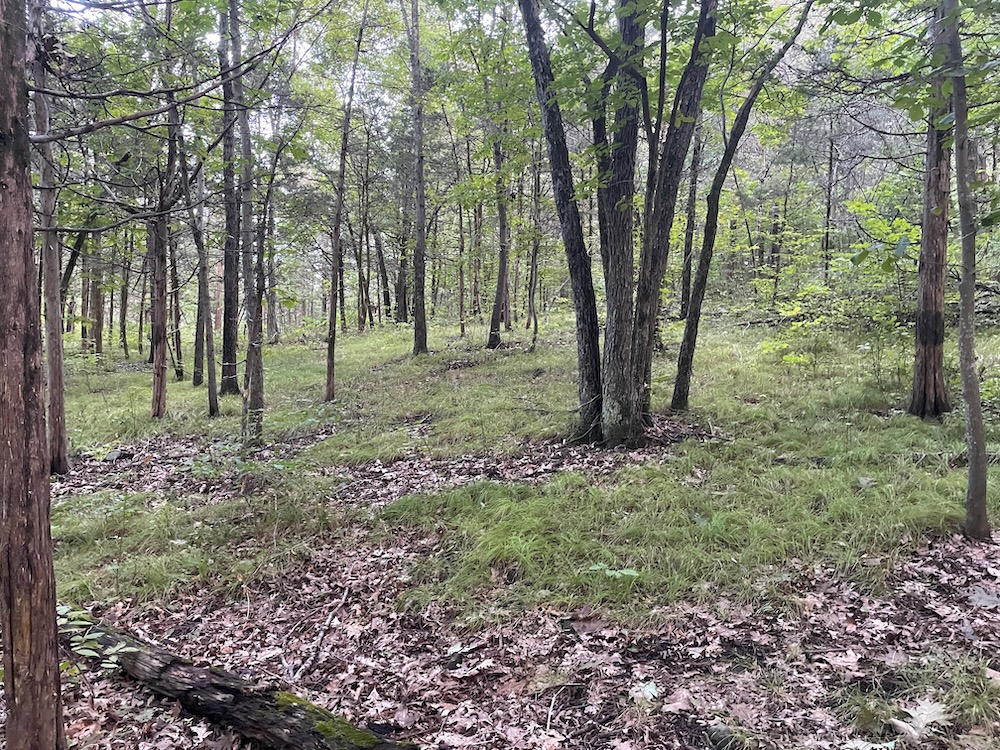 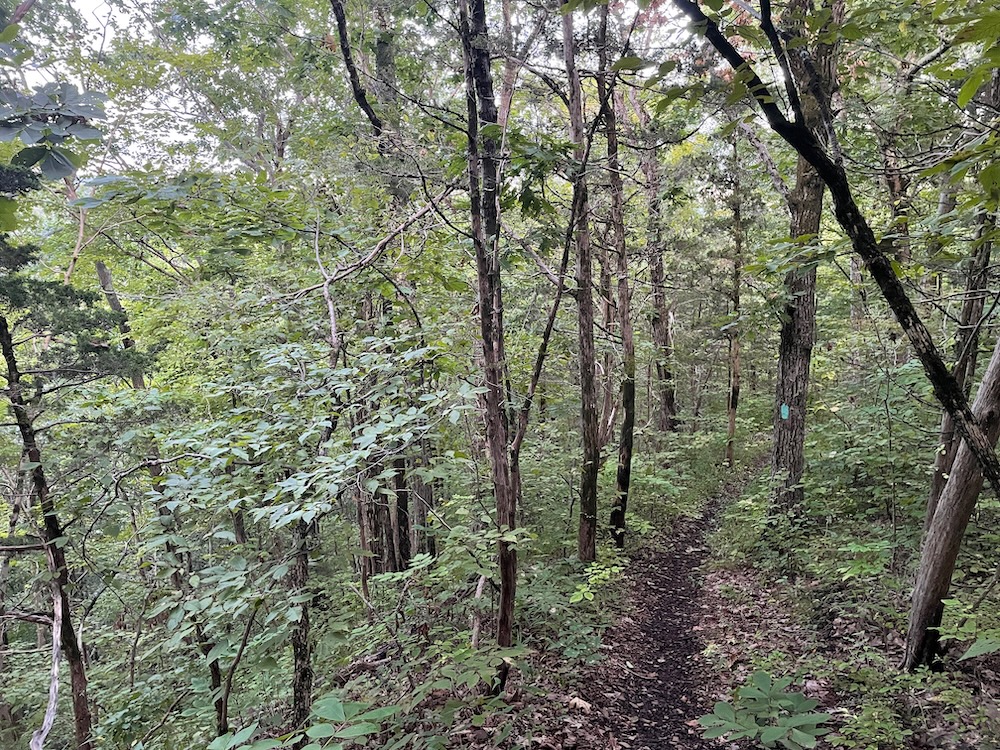 As of this writing, there are no accurate maps of Bertini Park. The existing trails are mapped okay, but the blaze colors have not been updated. There are several access points off of West Dayton Hill Road, but stick to the main parking lot. There are a bunch of trails here, but generally speaking, there’s one large loop with a trail cutting across the middle. The blazes are quirky… mostly blue, sometimes white, sometimes blue and white.

It’s a small park bounded by roads, so you’re not going to get lost… but you very well may get annoyed. (I got annoyed.)

There’s a big hill in the middle of the park, and you’re going to climb and descend it. Deal with it, it’s not that big of a hill. Heading counter-clockwise, after entering the park down a steep hill past a house, I banged a left and went straight up the hill. Near the top, there’s a massive mulch pile. I assume this has been here since the microburst of 2018 – this trail wasn’t cleared for another year after that weather event. A couple trails head off to the left down to West Dayton Road. 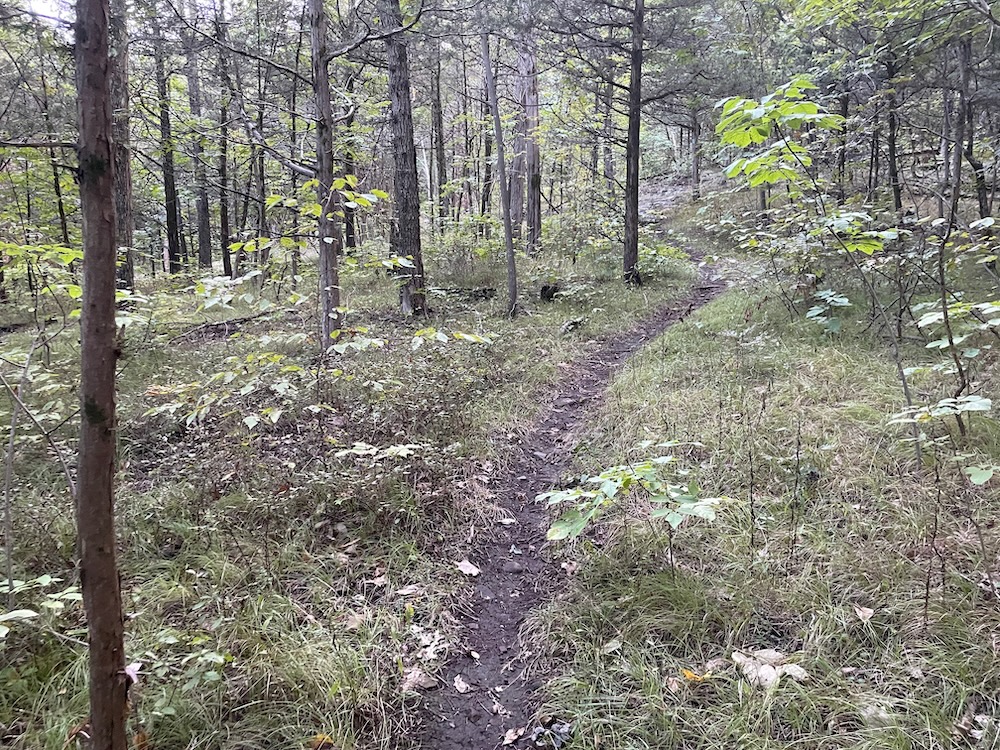 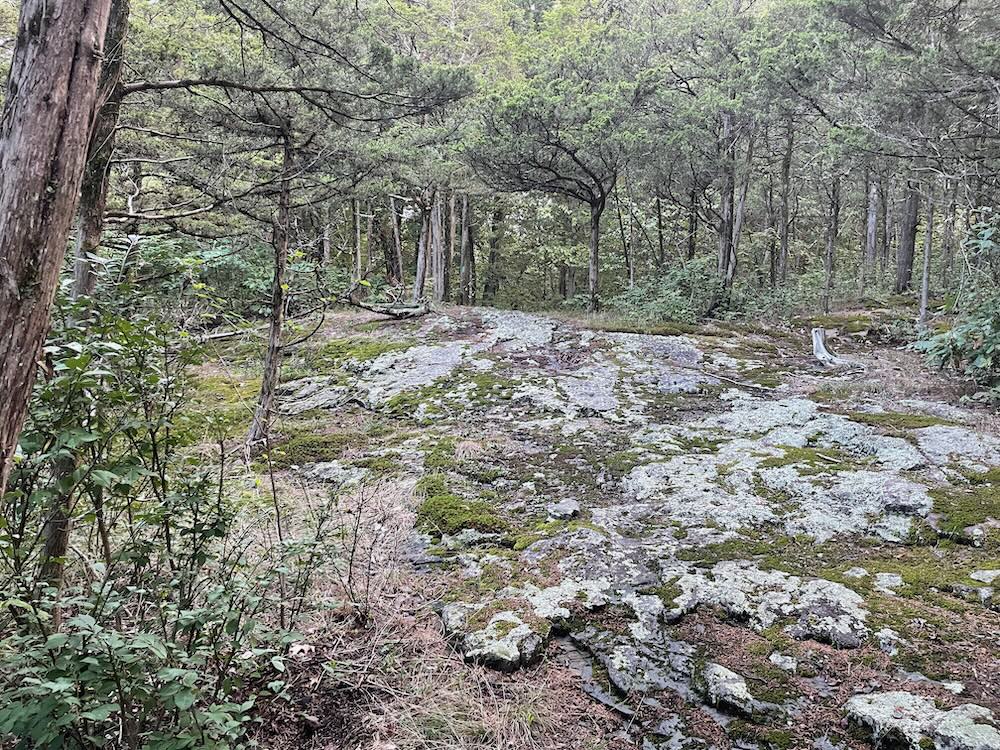 I curled around and reached the intersection with the “cut through” trail. I looked ahead at the loop which descended sharply towards the Muddy River. I took the cut-through.

And I’m glad I did. it attained a cute little ridge with waving long grasses. Like a mini-version of what you see up and down the Metacomet Ridge from Meriden to Suffield. I like these places. 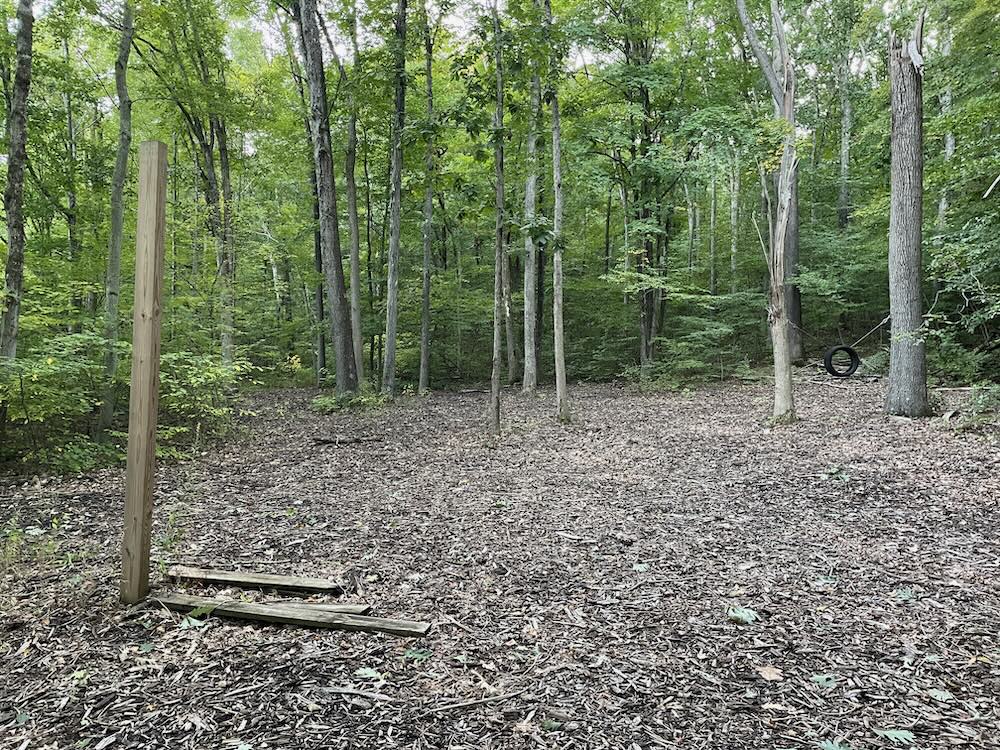 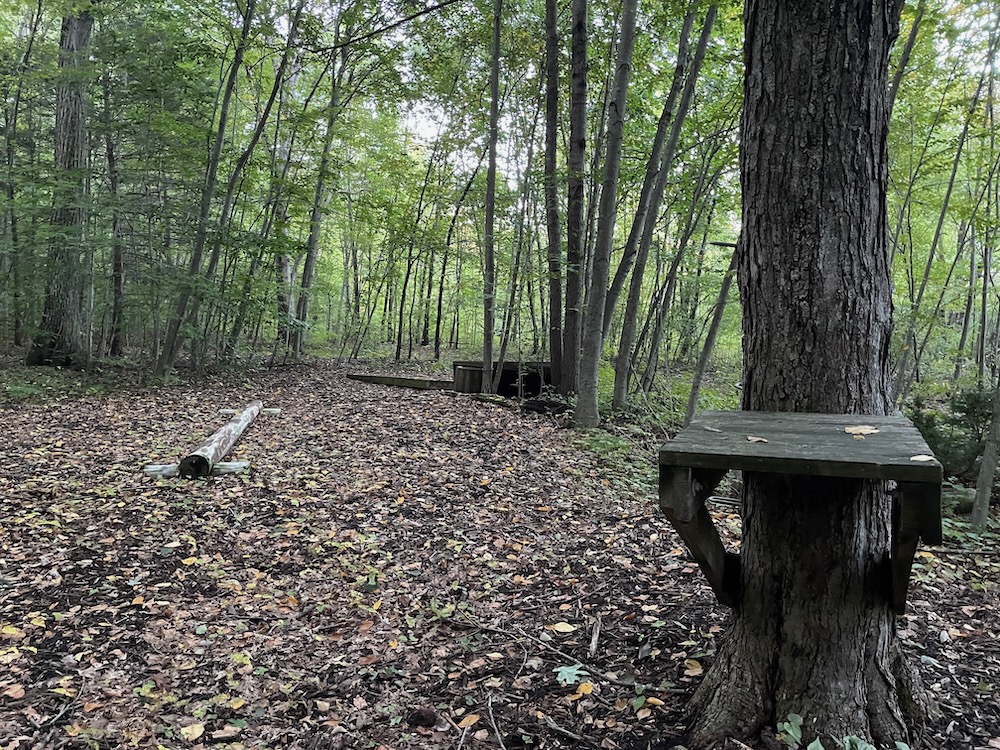 There’s even a little exposed rock face with mosses to clamber over! It really is like a mini-Metacomet. (And by mini, I mean really mini. There are no views or anything here, just some nice trail and calming scenes.

I eventually met back up with the main trail and headed back down towards where I began. I continued, now clockwise around the bigger loop. It’s here where I passed the beat-down long-unused “low ropes course” remnants. The trail travels along the Muddy River here and there, which was barely flowing. There’s a nice stand of pine here as well.

There was also this: 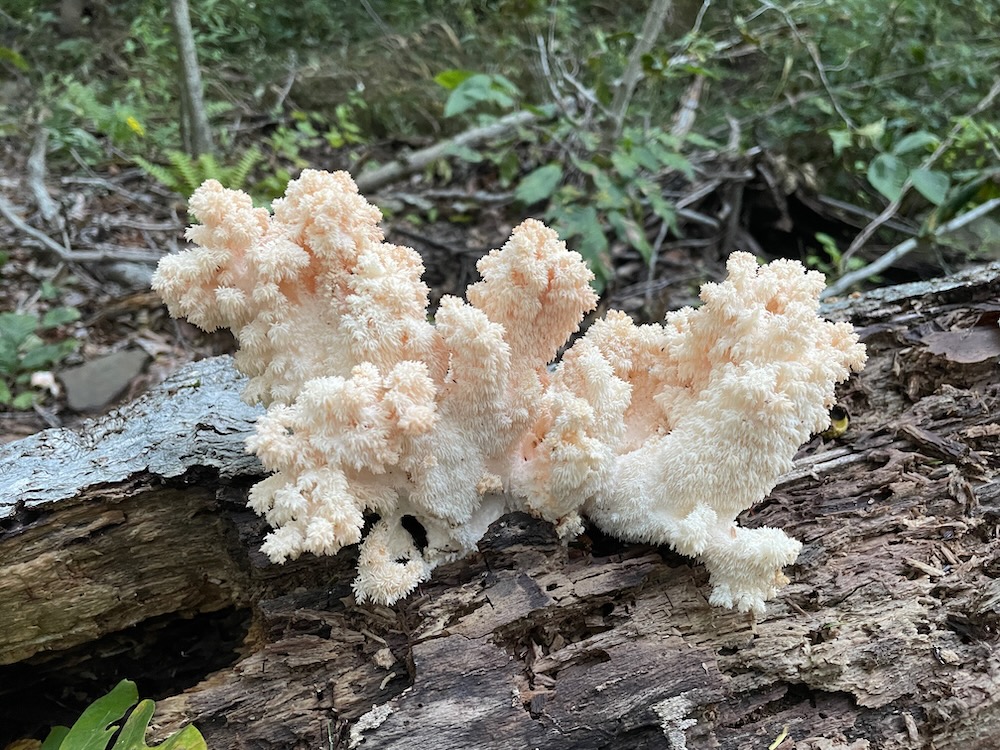 Hericium americanum. Bear’s Tooth mushroom. A highly sought-after edible mushroom! Just slice it up and cook it in butter and garlic. Delicious!

(Unfortunately, I had no clue that it was edible and just left it be. It wasn’t until I posted the above picture on Twitter that my friends educated me. Next time.)

I followed this flat portion of the trail along the river, passing a mini rockslide! Just like along the Metacomet Trail – I know, I know, but seriously, there are so many similar features here, just all much smaller. I got a chuckle out of the rock wall someone built long ago, going straight up the hill through the rockslide. Was that easy or hard to build? 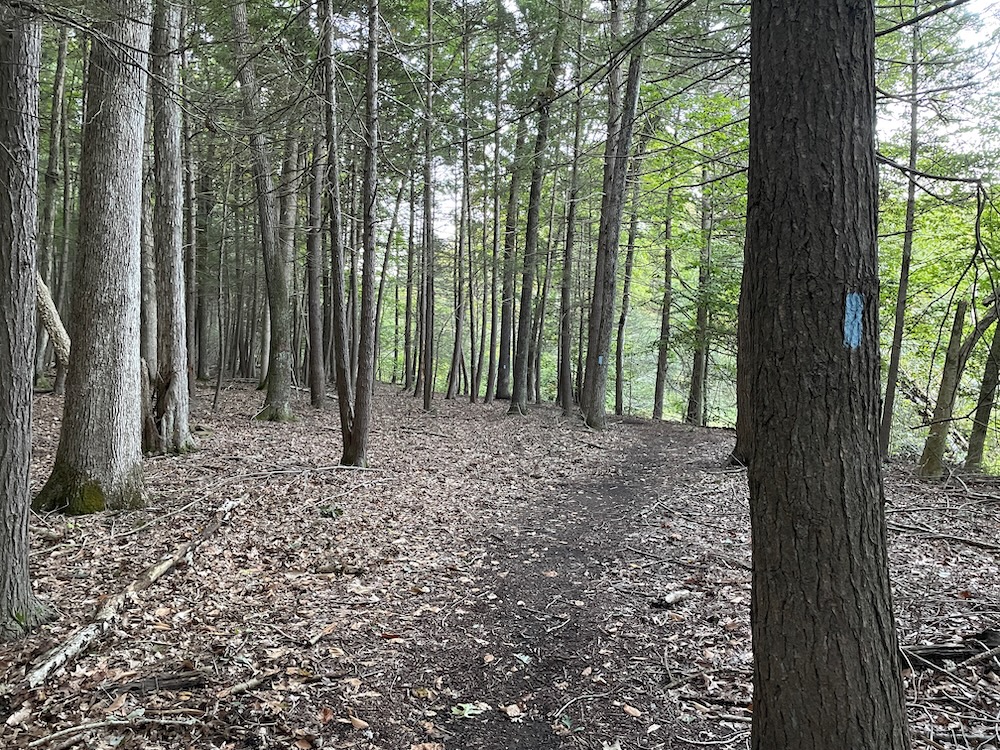 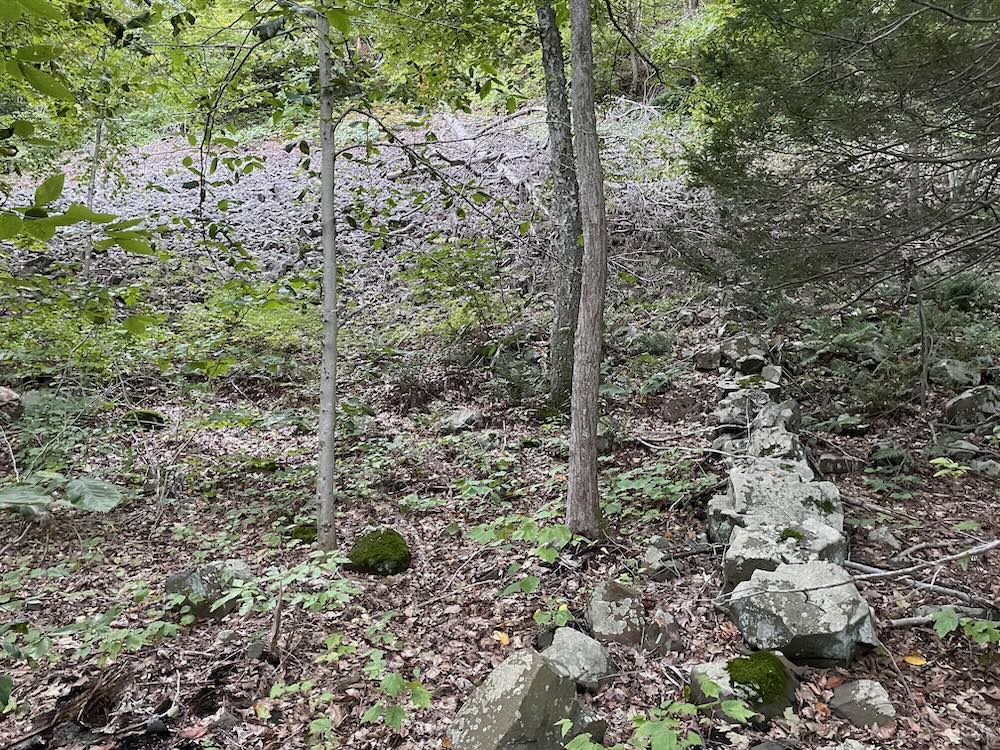 I made it to the bottom of the climb that I looked down upon earlier. It’s a trail. Straight up a hill. I could see the top just as I could see the bottom earlier. A spur trail heads out to Route 150 (Woodhouse Avenue here) which allows hikers to connect to the much larger Tyler Mill Preserve – either by heading right or left and crossing the road at a trailhead.

That’s it. William D. Bertini Park of Wallingford. Sort of a middle of the road property for the town. 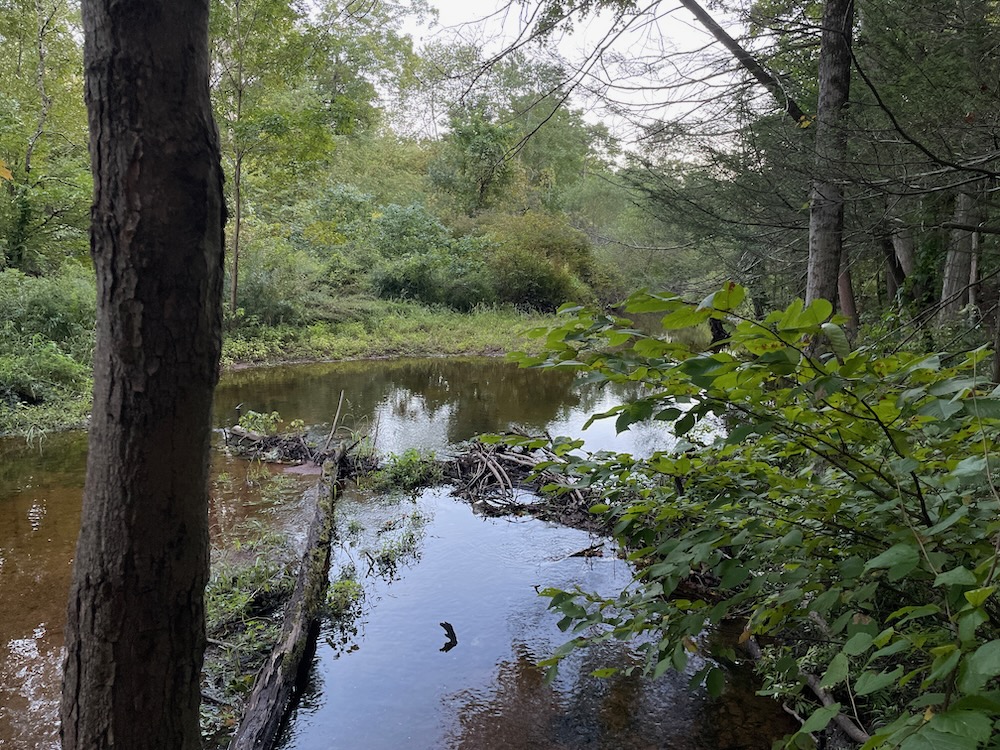 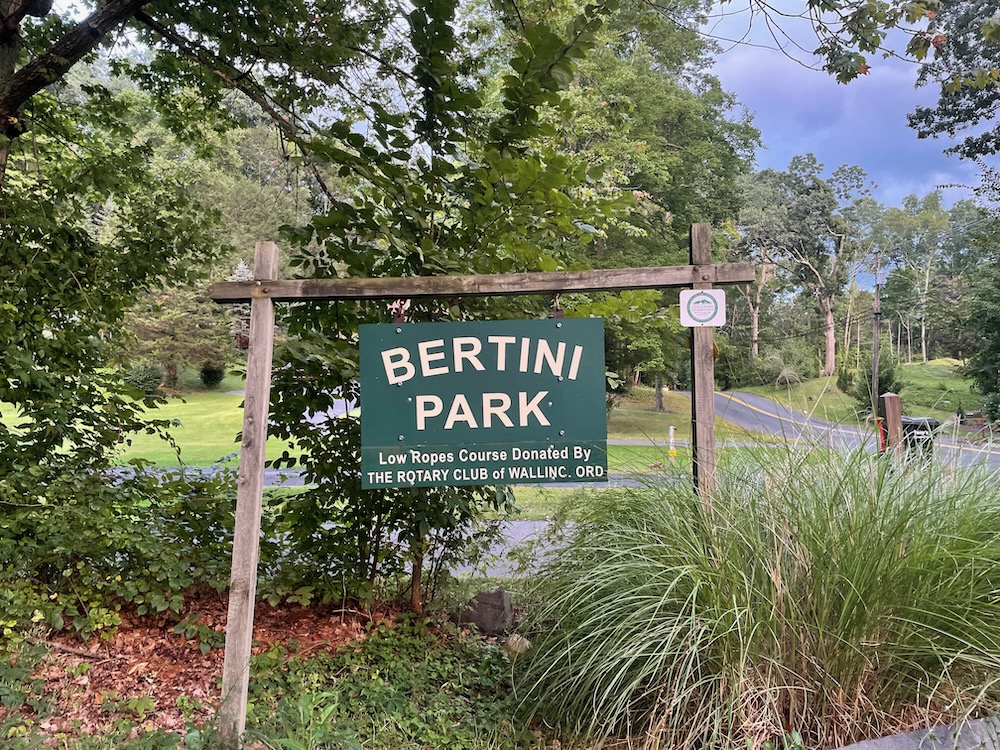