Reserve Time For This One
Bloomfield (Google Maps location)
July 29, 2018

Y’know… After nearly 400 museums and a fairly decent grasp of Connecticut’s history, there’s still plenty for me to learn. Sure, I was familiar with the old fanciful charter in which Connecticut claimed the land west all the way to the Pacific Ocean. And how we sold chunks of it off for $1.2 million – most notably to what became Ohio. 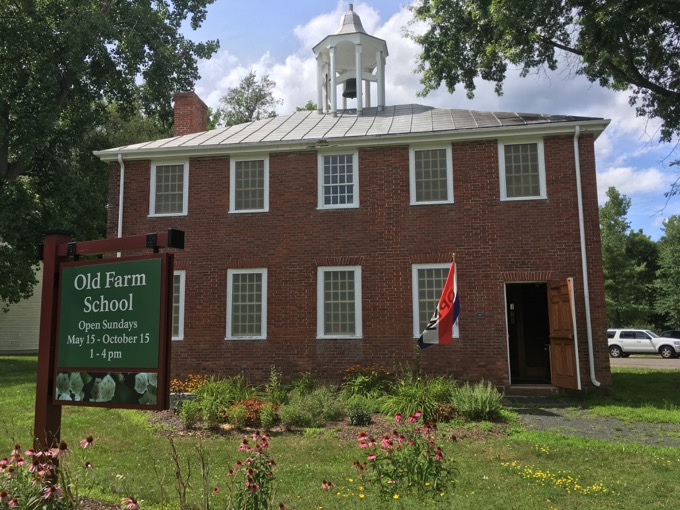 That was called the Western Reserve and is where Case-Western University got its name and why so much of Ohio is Connecticut-like. But what I didn’t know is that the money from that particular sale was distributed to all the towns of Connecticut to be used to pay wages for teachers – including this school. 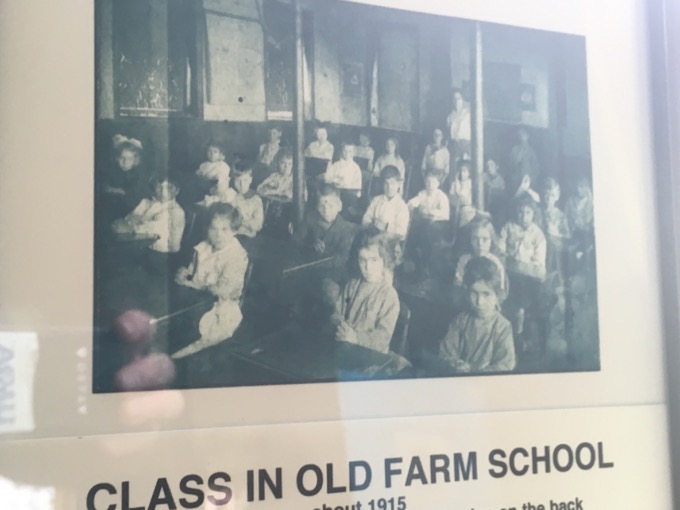 The Old Farm School is the oldest public building in town. It was built in 1796 and used continuously as a school until 1922. During this entire time period it did not have running water or electricity. There were double outhouses out back and water was drawn from a nearby brook.

As for heat, each student was tasked with bringing wood for the two fireplaces every day. Those chumps who failed to do so then had to sit as far away from the warmth as possible… which is a pretty rad punishment. 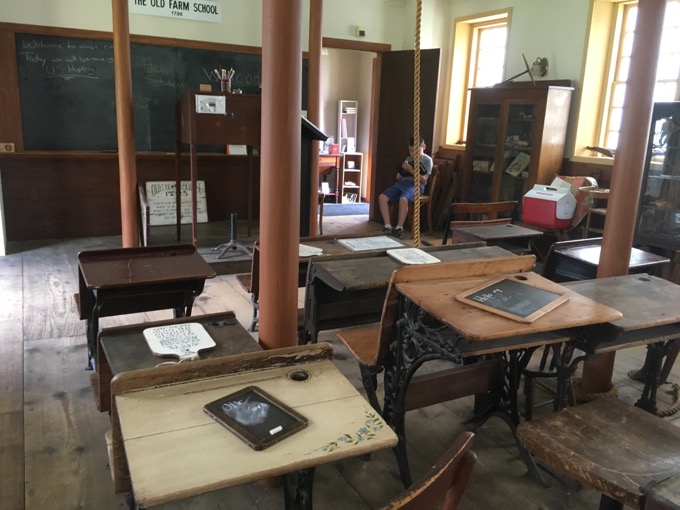 Damian and I got the grand tour from a docent. This was yet another experience where the kind older gentleman had apparently no awareness of Damian’s profound special needs and simply wasn’t understanding my polite suggestions that he not do things like grab Damian’s hand or ask him questions.

We all survived this round of “Let’s See How Damian Will React” this time. Phew. He even got to ring the bell, although it wasn’t a good idea as it was too loud for my son. Fortunately, we were able to redirect and move on.

We climbed the stairs checked out the upper level. 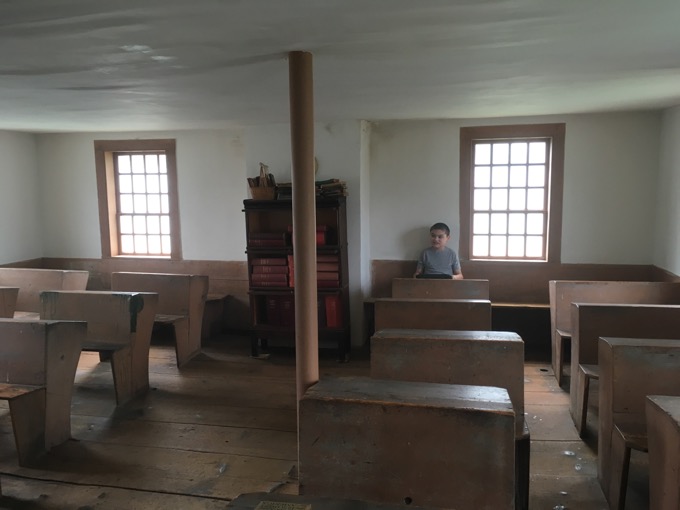 The upper story was opened as additional classroom space in 1829 and some of the original desks remain. And that’s pretty much all that’s up there. So let’s get back to the bell. It’s just a bell, but it is original to the school building. Back in the day, it was rung in the morning for school, but also at noon (for farmers’ dinners), four (for the cows to come in) – all of this before watches and clocks were commonplace of course. 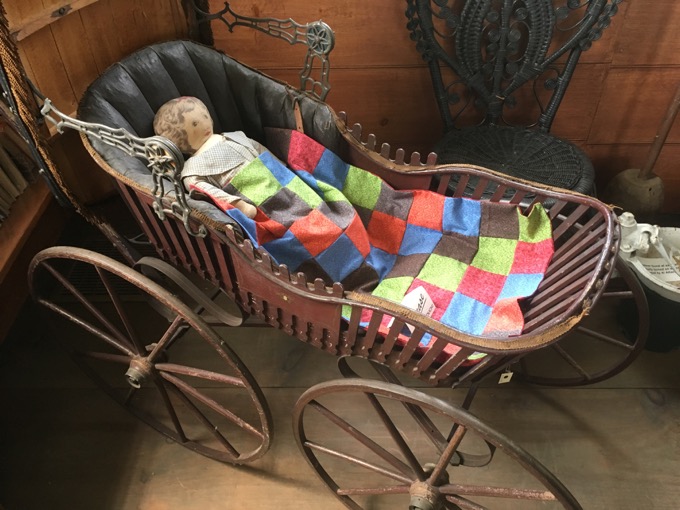 According to the historical society, up to 71 kids were taught at this school at the same time. Man, that’s tight. The most interesting thing at this museum are the stories told by the docents. The “stuff” here is all the usual; old desks, old slate, old books, old maps.

Don’t get me wrong – I love old maps! Especially ones of where I currently live: 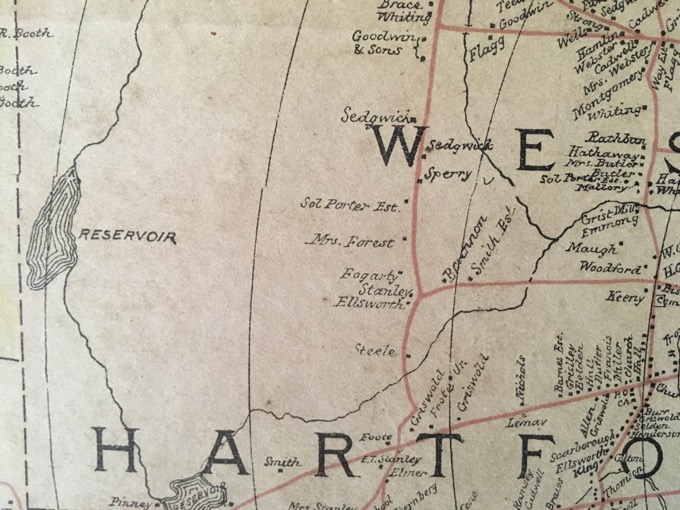 It’s interesting to see all the family names that are now place names in northwestern West Hartford. And I also love old books! 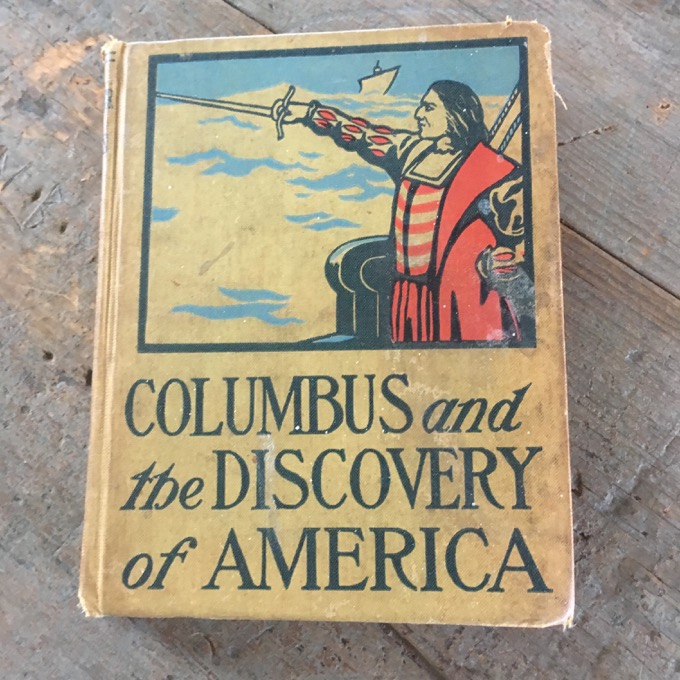 “Oh,” you say, “another fictional tale about Christopher Columbus ‘discovering America’ and being a friend to all the natives and – ” 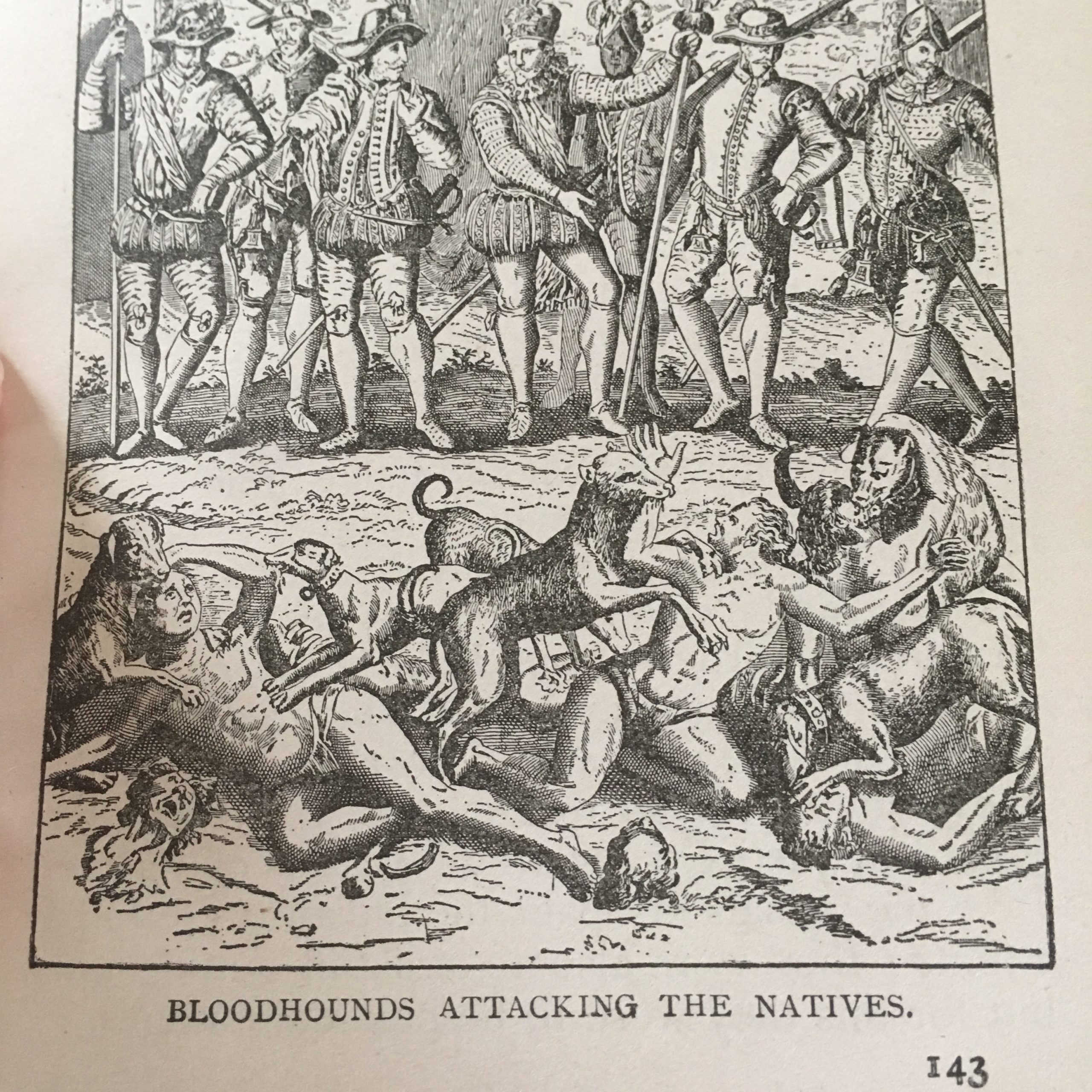 Yeah, that picture sort of shocked me. You know what didn’t shock me? The fact that a historical society museum has an office set up in the bathroom next to the toilet. As life should be. 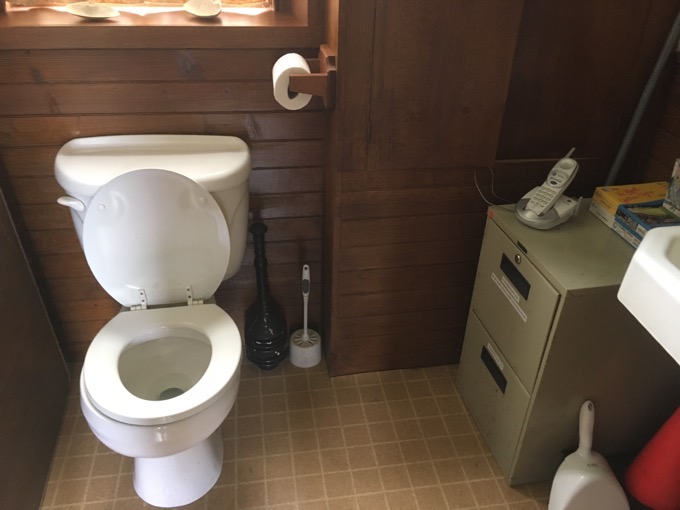 I thanked the gentleman for his little tour and for allowing Damian to ring the bell. Afterwards, we crossed the parking lot to hit up the Fannie R. Gabriel History Center, which is sort of the kid sister to the Old Farm School. 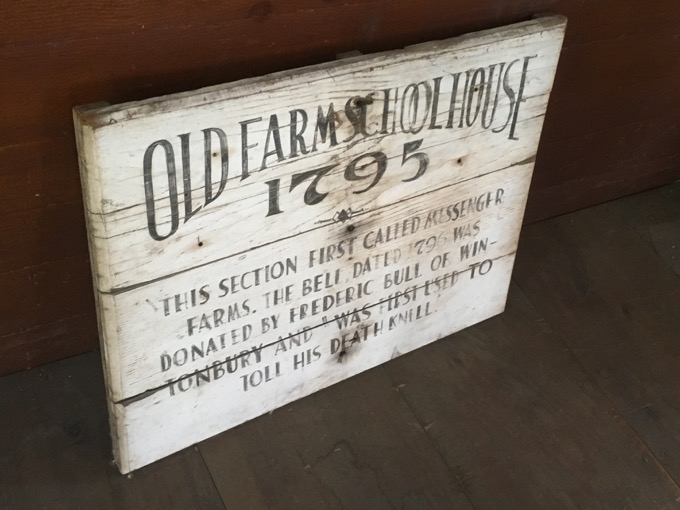