The Fannie R. Gabriel History Center is next door to the Wintonbury (Bloomfield) Historical Society’s Old Farm School museum. The two buildings share a parking lot. Other people who are visiting the 700+ museums in Connecticut would probably lump to two properties together into one museum, but I – I’m sorry, did you think there was anyone else doing such a thing? 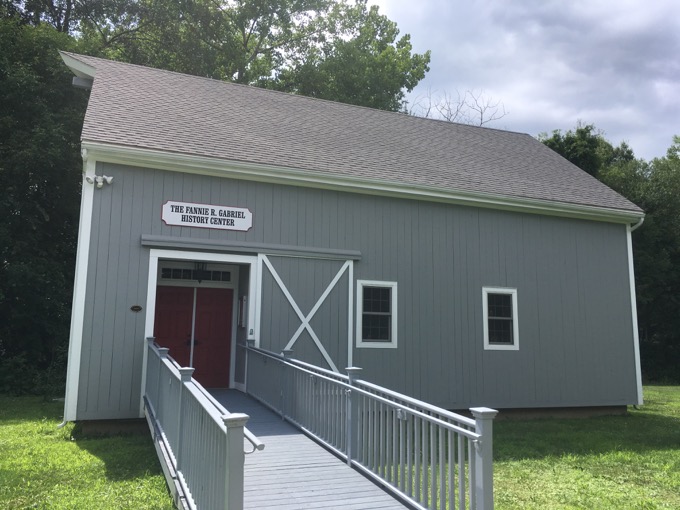 Bwah-ha-ha-ha. That’s funny. Sorry, but I make the decisions around here.

I watched the building that houses this little “history center” be built, as I drive down School Street in Bloomfield once in a while. It was framed and built pretty quickly, and according to the historical society, it was completed in 2009 and opened in 2010. 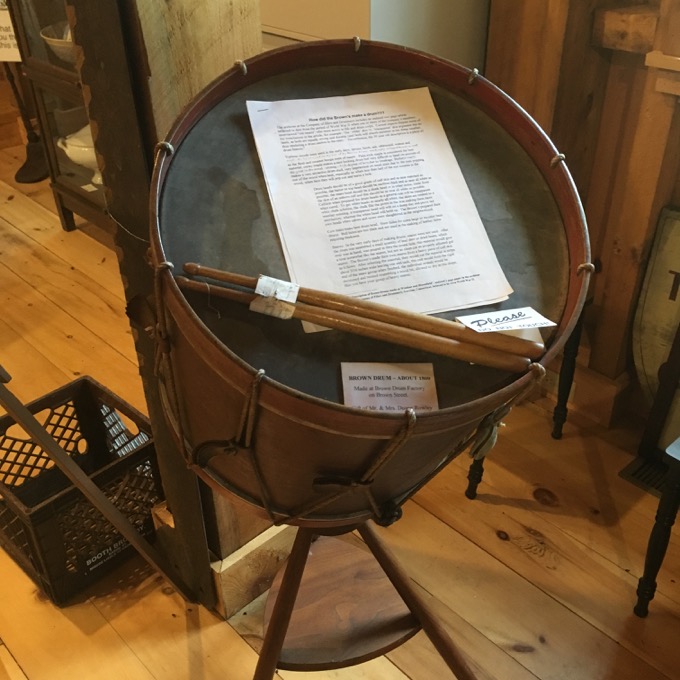 I’m not so sure about that. Why would it have taken my eight years to get here then? It’s only 10 minutes from my house? What is wrong with me that I’m disagreeing with published reports by the Society themselves about when this history center was opened? It was dedicated to to the memory of Fannie R. Gabriel, donor, past president, and stalwart volunteer in May of 2017.

Prior to this building, the Society’s artifacts and papers were scattered in many locations around town, so this place serves as a centralized location to handle the archival work. When Damian and I visited on a Sunday afternoon (it’s only open to the public for a few hours on certain Sunday afternoons) a volunteer was busily going about her business of cataloging something or other. 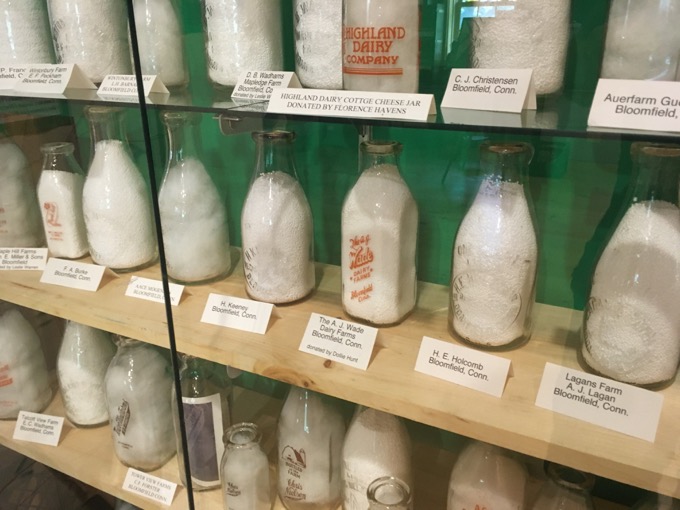 Moreover, we popped in about three minutes before the stated closing time. I’m a jerk.

Despite this, she was delighted to have a visitor. Over the moon! We could have stayed here for hours if we so chose. (I often joke that I bring Damian along to these places because he gives me an “out” if necessary; like, I’ve seen this type of place many, many dozens of times so I really needn’t hang out for three hours but often docents would like me to do exactly that. “Oh, I’m sorry, I’d love to but Damian here, you see… we really must be going! Toodles!” 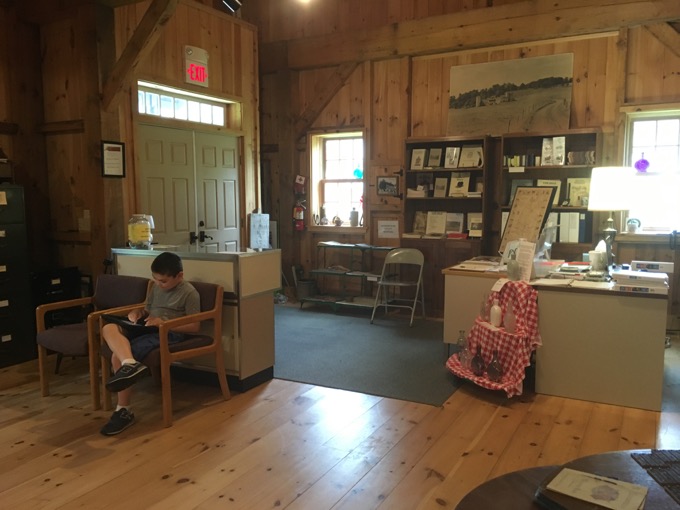 The History Center features three or four historical exhibits a year and provides a comfortable area for historical and genealogical research as well as space for small group meetings. It really is a nice little building; homey and handsome.

I can’t be sure what the “theme” was during my visit as it seemed to be a bit of a hodgepodge of “stuff.” I’m happy whomever felt this sign needed to be made admitted its pedantic nature: 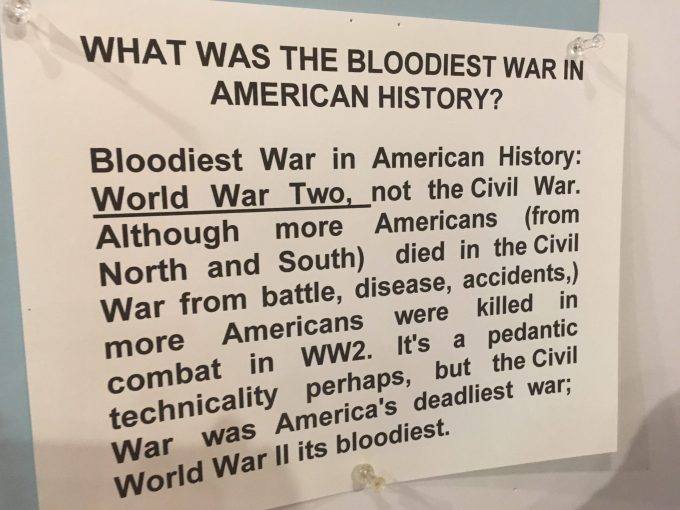 The person who wrote that must be fun at parties. (Seriously though, that’s just a dumb sign.)

The Fannie Gabriel folks have an extensive collection of photos as well as hundreds of slides that are of historical interest to Bloomfield. Many of these have been digitized. They’ve also updated their website for the historical society and it contains a trove of information on the town. Tons of essays and historic lessons and such… all rather impressive for a town like Bloomfield.

There was a little exhibit about dairy farming in Bloomfield over the years and one about Bloomfieldians at war and some old farming implements. Perhaps they were between exhibits? I’m not sure. This place is definitely more for the archiving and research than for visiting by people like me – the real Wintonbury history museum is at the Old Farm School across the parking lot. 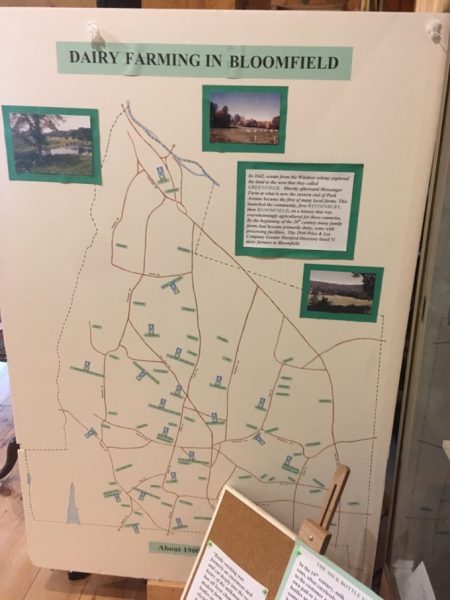 You may be wondering why Bloomfield’s historical society and land trust… and the preschool my son went to and churches and shopping plazas and et cetera are named Wintonbury. The name Wintonbury was taken from parts of the names of the three towns from which it was formed. About seven-tenths of the land was in Windsor, about two-tenths in Simsbury and the remainder in Farmington. The Town of Bloomfield was formally incorporated in 1835 and additional land was annexed in subsequent years to form the present day Bloomfield. 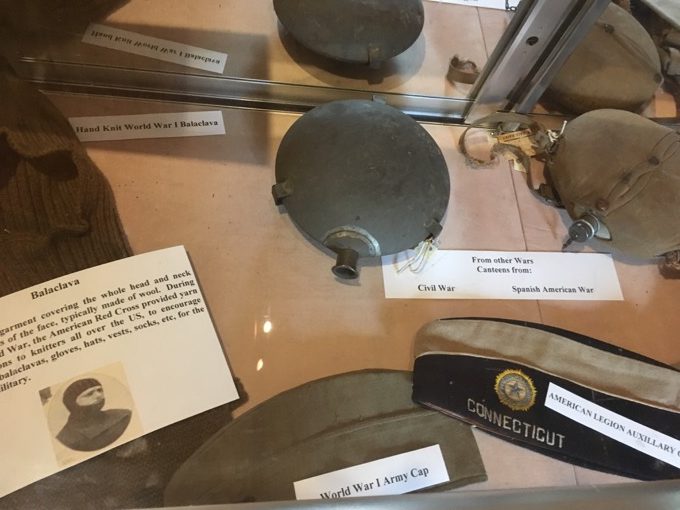 But it is kind of weird how beholden certain entities in the town are to “Wintonbury,” as this is fairly unique in the state. And no, it’s not like Rockville/Vernon or Mystic or whatever, as Wintonbury isn’t a place or a zip code or a town center or anything. It’s just the historic name of what now is Bloomfield… more or less.

Damian and I made fairly quick work of the Fannie R. Gabriel History Center despite the docent’s protestations. She really wanted to hang out I think. Even began asking me Bloomfield trivia questions.

“Oh, I’m sorry, I’d love to but Damian here, you see… we really must be going! Toodles!” 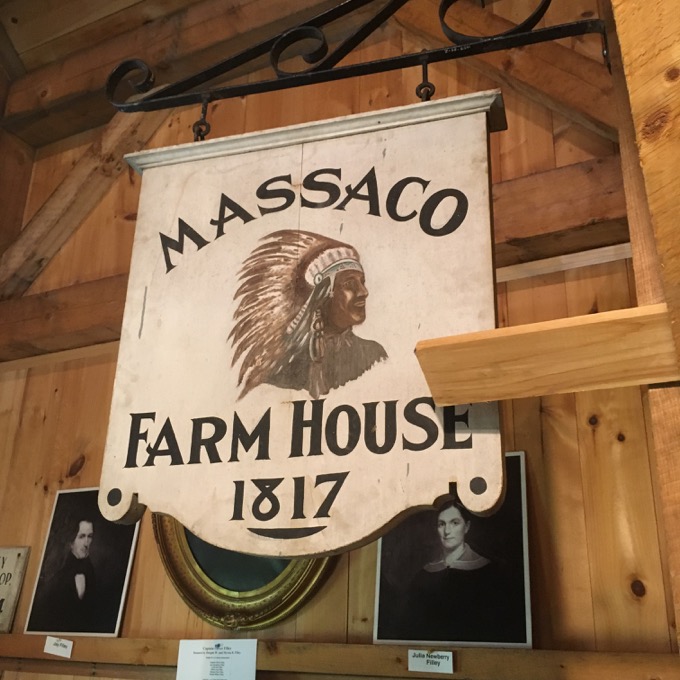