I can’t write a review of this book that stands up to the book itself. The beauty of Ocean Vuong’s writing deserves the beauty of a top fiction reviewer. On Earth We’re Briefly Gorgeous has certainly received its share of glowing reviews, written by excellent readers and writers, so forgive me as I forge ahead with my own oafish effort.

I don’t read much fiction, let alone just published fiction atop best seller lists. But having read one of the earliest reviews in the New York Times, I went to my library’s website and immediately put a copy on hold. The narrator, like the author, grew up in Hartford. The narrator, like the author, is a Vietnamese immigrant. Like my wife and her family. Those are tenuous reasons to seek out a book, let alone review it on this website, but… here we are.

The narrator, “Little Dog,” is very similar to the author. Without knowing him personally, it’s very difficult to parse what is drawn from reality and what is purely fictional. Within the fiction, it becomes hard to discern what is meant to be real and what is merely dreamlike. As annoying as this may sound, it’s not. It works. This is a beautiful book. 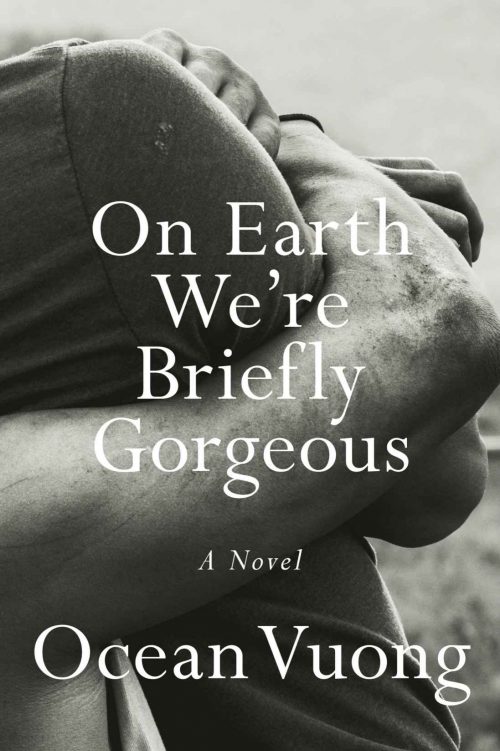 The “Yo, Hartford!” Review

Three locales feature in the book: Vietnam, suburban/tobacco farm Hartford county, and Hartford proper. Vuong wound up in our fair capital city in the 1990 as a refugee from Vietnam. He came here with his mom and other relatives, who all worked in a nail salon. I will do my best to only discuss Little Dog and not Vuong.

If you live here, you’ll get excited to read about the C-Town on New Britain Avenue. It features in a heart-rending scene when Little Dog is young and very sheepish about his nascent English skills. His mom and grandmother (with whom he also lives) wanted oxtail, but none of the three knew the word “oxtail.”

Only Little Dog knew any English, but not “oxtail.” The scene that unfolds is one that many recent immigrants from non-English speaking countries have confronted. After some embarrassment, the family left with Wonder Bread and mayonnaise, defeated, lonely, and sad.

There are mentions of Trinity, Mozzicato’s, specific streets in Hartford’s beleaguered north end, and the Whalers. Yes, the Whalers. Here’s the most Hartford passage:

In my Hartford, where the insurance companies that made us the big city had all moved once the Internet arrived, and our best minds were sucked up by New York or Boston. Where everybody’s second cousin was in the Latin Kings. Where we still sell Whalers jerseys at the bus station twenty years after the Whalers ditched this place to become the Carolina Hurricanes. Hartford of Mark Twain, Wallace Stevens, and Harriet Beecher Stowe, writers whose vast imaginations failed to hold, in either flesh or ink, bodies like ours. Where the Bushnell theatre, the Wadsworth Atheneum, were visited mostly by outsiders from the suburbs, who park their cars valet and hurry into the warm auditorium halogens before driving home to sleepy towns flushed with Pier I Imports and Whole Foods. Hartford, where we stayed when other Vietnamese immigrants fled to California or Houston. Where we made a kind of life digging in and out of one brutal winter after another, where nor’easters swallowed our cars overnight. The two AM gunshots, the two PM gunshots, the wives and girlfriends at the C-Town checkout with black eyes and cut lips, who return your gaze with lifted chins as if to say, mind your business.

There’s a scene in which Little Dog and his boyfriend ride their bikes out of the city and into the suburbs – Glastonbury to be precise. At night, they ride a rather long ride all the way over to the orchards of South Glastonbury and up into the hills. With the sound of over-ripened apples falling around them, they rest, smoke, and share a fun-size candy bar.

After gawking at the huge houses (“So big you never see its inhabitants in the windows”) and wondering which house Ray Allen owned, they get up to leave…

Actually, Trevor saw it first, letting out an almost imperceptible gasp. I turned around and we both just stood there leaning against our bikes.

It was Hartford. It was a cluster of lights that pulsed with a force I never realized it possessed.

That is just so… Connecticut. Those of us who have been on those orchard-covered Glastonbury hills have all had that same reaction, no matter where we’re from. It is a stunning view, not just empirically, but philosophically. Wealthy suburbanites literally look down on Hartford, from Glastonbury, West Hartford, Avon, Farmington, Simsbury… Hartford is there, a place where they live. A place that is to be visited; for work or for the referenced arts. The separation of these places in our state is very real, very defined, and crippling.

Vuong went to high school to Glastonbury and talked about the dichotomy of his home in Hartford and what existed for him 20 minutes away. It’s an entirely different world, inhabited by very different people with different values, language, problems, and experiences.

Speaking of different worlds, inhabited by very different people with different values, language, problems, and experiences, Little Dog’s remembrances and experiences as a Vietnamese refugee in Connecticut are raw, lonely, and touching.

Being a doofy white guy, I was struck by several passages that I knew mirrored my wife’s. Little Dog explains why he’s named Little Dog; how the weakest kids in villages take on slightly insulting names so that the evil spirits skip over them, not wanting a weak “little dog.” My mother in law has some great stories about this tradition.

Other stories I’d heard that I thought were just things her family did. Something my wife calls “scratching wind” – taking a coin and some Tiger Balm and raking it across your back when you’re sore or congested. The thing where children pluck gray hairs from their elders’ head. Apparently Hoang was the top gray hair plucker amongst her siblings.

There’s also the PTSD. The war stories. The refugee camps, immigration, and assimilation. One thing I tell people is that not every immigrant/refugee necessarily WANTS to be in the US believe it or not. They love the countries they left. They hope and plan to return someday, when conditions are better. Their language, culture, family, and friends are all there. Americans often seem to not be aware of that dynamic.

Even within our country, Vuong and my wife Hoang share the same story – Hoang went to the University of Rochester on academic scholarship and Vuong went to Brooklyn College. I’ve heard both tell the same story… “OooOOh, Connecticut, faaaahhhncyyyy!” Well, no, both were immigrants with pretty much no money – but that’s the thing. Those assumptions will get us every time.

When immigrant children go to US schools, they often melt into the background; devoid of language and confidence. Once, Little Dog is put in time-out for some infraction and the teacher forgets him. So he sits silently in the corner for 3 hours. Parents tell their children to assimilate and blend in and remain silent and some do it so well that they render themselves invisible.

Briefly Gorgeous has these sorts of insights on seemingly every page. While fictional, eloquent, and florid, there are lessons in here for the average suburban American. We look past so many people every day; people with experiences we can’t imagine. Fix that about yourselves.

The novel is a bildungsroman as we follow Little Dog’s development from young child refugee immigrant to New York City collegian. He is abused, loved, overworked… and gay. He is well aware of the war in Vietnam and what it did to his family.

The story is told in fits and starts; flashbacks and dreams. It is the work of a poet, a man with an almost superhuman gift with words. I found myself not so much caring about the story and just losing myself in the writing. Sure, it’s overwrought at times, but Vuong’s a poet! That’s expected.

I loved this book, though I can’t recommend it to everyone. It’s literary fiction; like, actual literature written in 2019. That’s fairly rare these days, and while Briefly Gorgeous did make the best seller lists… you know what I mean.

The book stuck with me and made me think and got me up to run across the house to share a passage with Hoang on more than one occasion.

There you go. Now go read a real reviewers review and don’t hassle me.