Ever-lovin’ Bozrah. My nemesis and my muse. The butt of my jokes for over a decade. Bozrah. I love Bozrah. And I will always love Bozrah.

Boz. Rah. Rah-Rah, Boz! When you parse the name, it sounds darn exciting! I envision the ‘z’ being a lightning bolt. BOZRAH! 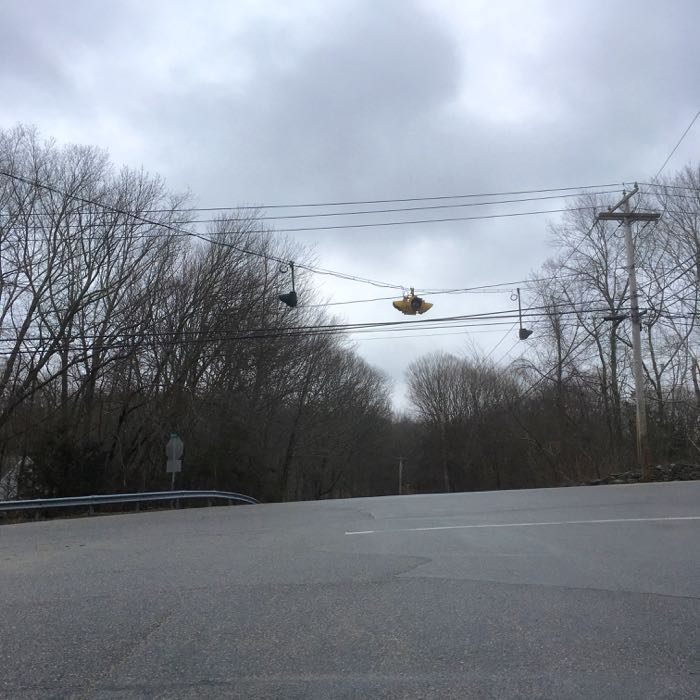 When I began CTMQ in 2006 and spent a lot of time over the next six of seven years putting together my massive list of Connecticut museums. Back then, I quickly realized that there was almost literally nothing CTMQ-worthy in the rural eastern New London County town. No trails (at the time), no museums, no places of historical interest, no… nothing.

At every presentation I’d give to various historical societies and whatnot, I always had a Bozrah joke. Then I tried really hard to find something to do in the town. That was when I stumbled upon Fitch Claremont Bed & Breakfast which, let’s be honest, would never have made the CTMQ-cut in any other town.

It’s just a B&B, but the owners make their own wine. So I pretended it was like a winery and wrote about it… just to get some Bozrah content. As I expanded my subject matter, I was able to include (part of) a state park and a Wildlife Management Area. Bozrah existed! 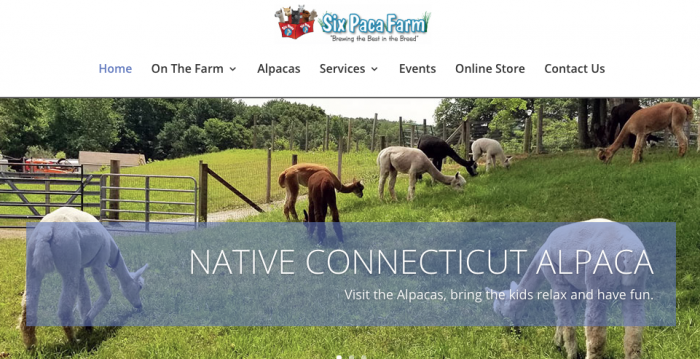 Fun Fact: Hidden in Bozrah, there exists a wormhole between it and the Andes.

To this day, Bozrah (by a healthy amount), has lowest number of CTMQ-worthy entities of any of our 169 towns. There are literally only two true CTMQ entities as of October 2018. And I love it for that. It’s true, I do. True love.

I love that they don’t care. For they are Bozrah, a town who doesn’t know why it’s named Bozrah and holds on to an apocryphal story that makes fun of the town:

The community, according to the legend, really wanted to call itself “Bath” after the famous spa in England. The local man chosen to carry the parish’s request to Hartford had a somewhat eccentric manner of dress, however, and when he appeared before the Legislature he was dressed in loud, parti-colored homespun clothes so odd as to bring to the mind of one amused legislator the query of Isaiah 63:1: “Who is this that cometh from Edom, with dyed garments from Bozrah?” Overcome by the humorous appropriateness of this verse, the Assembly decided to name the town “Bozrah” when it incorporated the place.

Of course, I have no idea how true that is or even if it’s actually a thing regarding Bozrah. Kind of like how some wonderful human somewhere out in the world added an all-too believable “notable person” to the Bozrah Wikipedia page. Clearly, I’m not the only one to love Bozrah. 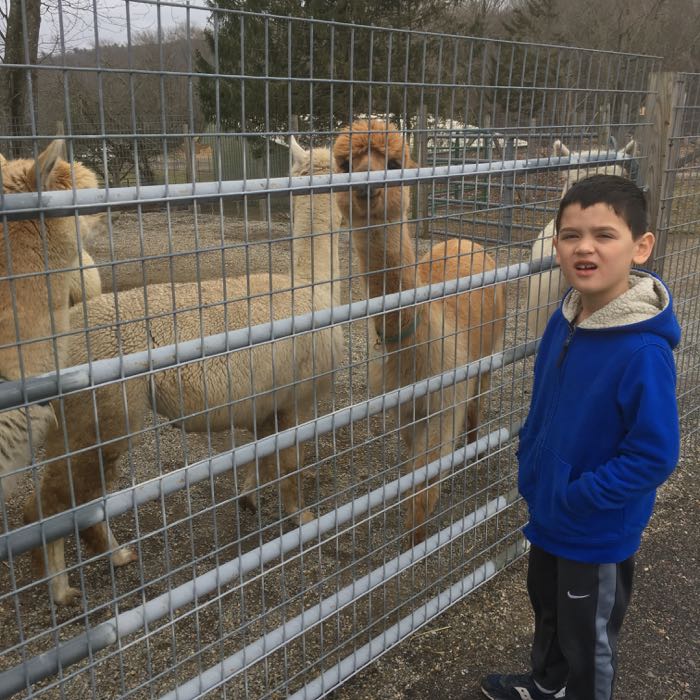 Calvin with a good percentage of Bozrah’s population

And back in the early 20th century, lots of people loved Bozrah! The Palmer brothers got Palmer Brothers up and running and made high-quality and much-loved quilts and comforters! They had a giant factory and employee housing in town and were ready to take over the market by the early 1930’s!

And then the Great Depression hit and then their factory burned down and that was that. Hm. What else in history?

In 1921, Nathan Gilman started hooked up a power line from his stream and they hooked up his farmer friends down the road and thus began Bozrah Light & Power. But here’s the crazy part – BL&P, a private electricity concern, lasted almost the entire 20th century. Yup, all the way into the 1990’s when BL&P was purchasing 98% of its power from larger utilities… but it hung on.

For that’s the Bozrah way. 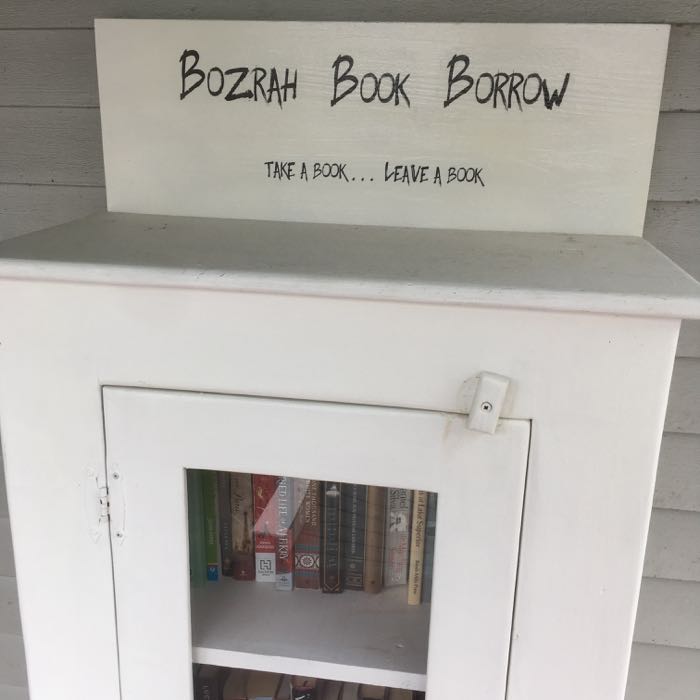 This is a hardy town. After all, they’ve put up with my gentle mocking for over a decade now. They are unencumbered with such hassles of modernity as traffic lights – they only have one at the intersection of Lake and Bozrah roads. And it’s not even a real traffic light. They have no need for fancy museums or restaurants or even more than one little school. Long live the independent Bozrah spirit!

One thing Bozrah apparently did need was a trail. After having their fill of my taunts, the town created the Maples Farm Park trails. In one of my favorite Bozrah stories, the town wrote this regarding the newly (in 2011) opened trails:

It was very clear to me that they had read CTMQ and felt the need to do something about having literally nothing to call their own. And hats off to them, as the trails at Maples Farm Park are quite nice and fun! And if you go and hike those trails, please stop by the Alpaca Farm/bakery/gift shop thing across the street. It’s called Six Paca Farm (though I didn’t see any six-packs for sale) and just be sure you get permission before saying hello to the alpacas.

Yes, that’s right. I actually got yelled at for breaking a Bozrah rule in Bozrah right there on Bozrah Street. Sigh. At least my sons and I got to experience one of the most exciting things that ever happen in Bozrah: 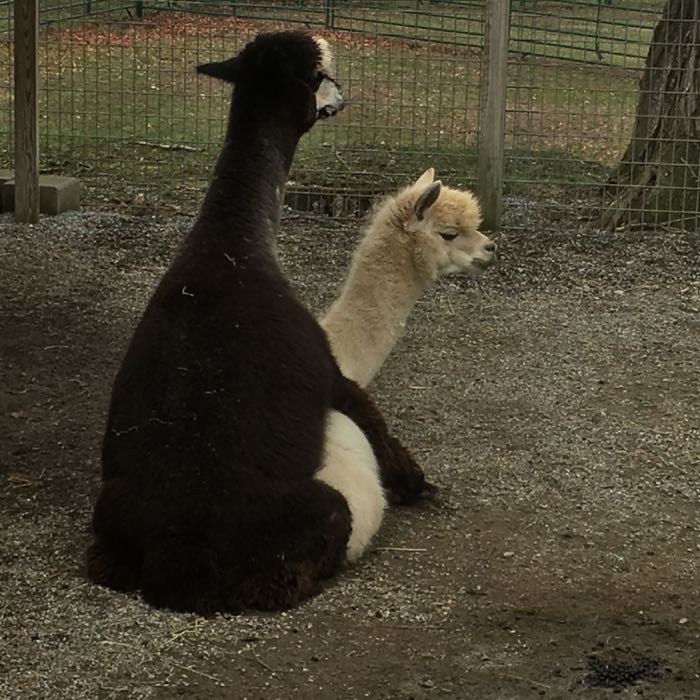 I have now “completed” Bozrah. That is, I have done everything there is to do in CTMQ-world in the town. The root cellar at Hopemead State Park is really cool, the wildflowers up at Bear Hill WMA are very pretty, the proprietors at the B&B are unfailingly nice, and… the alpacas are very, um, friendly.

Bozrah, I love you,