The Thorny Issue of What Is and What Is Not a Museum
Guilford (Google Maps location)
September 8, 2012

Rgarding my title (and ignoring the “nettle”/”thorny” pun), of course this little room at the Guilford Free Library isn’t a museum. But I started making note of “local history rooms” at town libraries years ago and after popping into a slew of them, I’ve come to realize that about half of them are “museumy enough” for me to include on CTMQ. 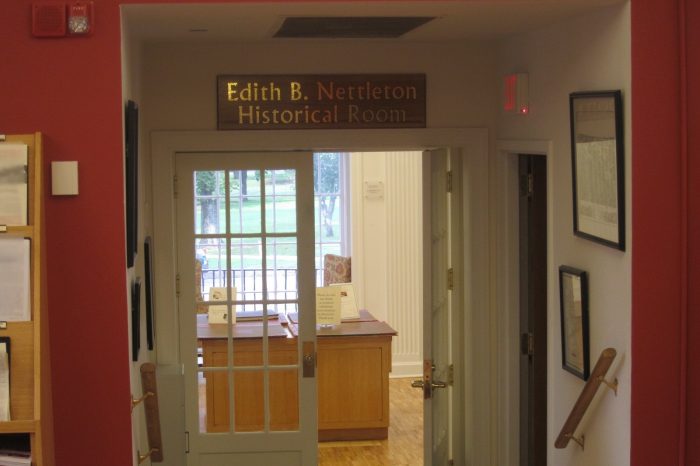 The Guilford Free Library is situated at the northeast corner of the Guilford Green. It’s a nice library. I hadn’t planned on visiting it on the day I did, but a last-minute canceling of a trip out into the Sound to a lighthouse for what I’ll call “nonsense reasons” left me in Guilford with lots of Guilford time. 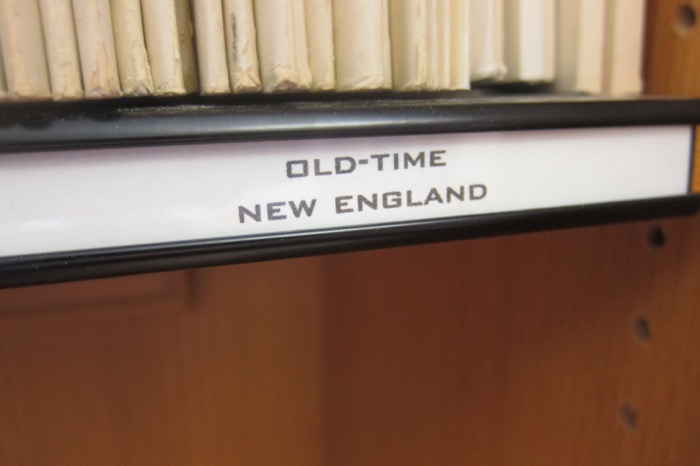 Time to check out the local history room at the library then. Seems normal.

The Edith B. Nettleton Room is an actual room as opposed to many other local history rooms at town libraries – which are often just walls. It’s fairly large as well. And since it’s named for Edith B. Nettleton, we should know at least a little bit about her. 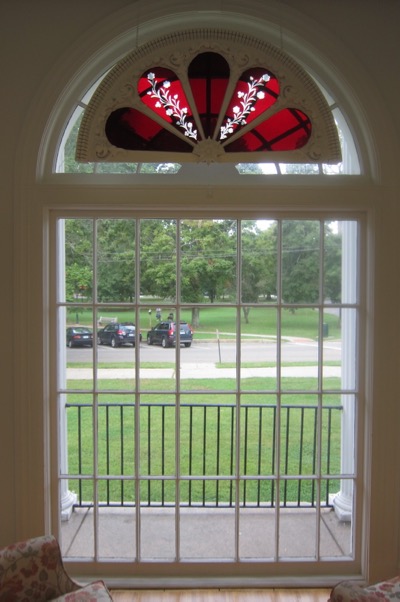 Edith Nettleton, born July 22, 1908, was Guilford’s first town librarian. She began working in December of 1933, overseeing the move from the library building on Whitfield Street (now demolished) to the newly constructed Georgian building at 67 Park Street. When the new building opened in January 1934, and for several years after that, Edith was the only employee. For the next 44 years, Edith expanded library services to complement the town’s growing population and carried books to schools and homebound patrons; produced programs for adults and story hours for children; and explored an integrated, multi-town system. After the 1977 expansion was completed, Edith retired in 1978 for a few months but returned as a volunteer to help establish the Historical Room. The Connecticut Library Association awarded its “Excellence in Public Library Service Award” to the Historical Room in 2002. The room was renamed the “Edith B. Nettleton Historical Room” in 2003 during a town-wide celebration to mark Edith’s then 70 years of service, and the town’s affection and esteem for her. Edith continued her work in the Historical Room right up to her death in January, 2014. She embraced change and loved how easily and quickly technology allowed the scanning and emailing of photographs or articles from microfilm, how detailed Google maps were, right at her fingertips. Her last project was the creation of the digital archive of historical photographs.

She was pretty darn great and I’m glad I’ve gotten to “know” her by visiting her room and reading all about her. 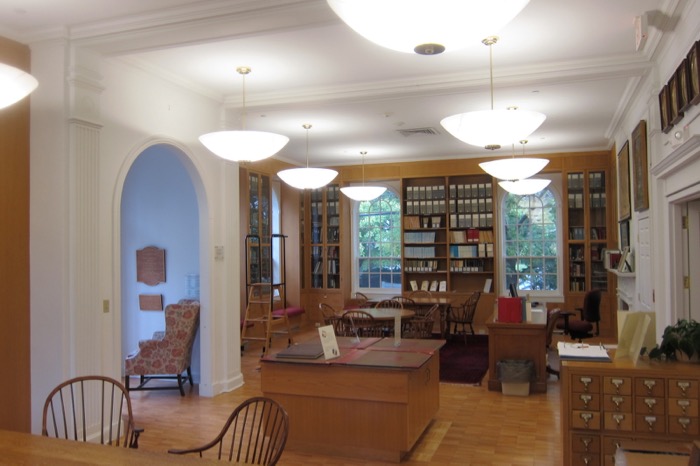 What sets this room apart from rooms that don’t make the CTMQ cut is the large collection of artwork. Very nice artwork from acclaimed artists, not just the local watercolor group of retirees like we see in most libraries. 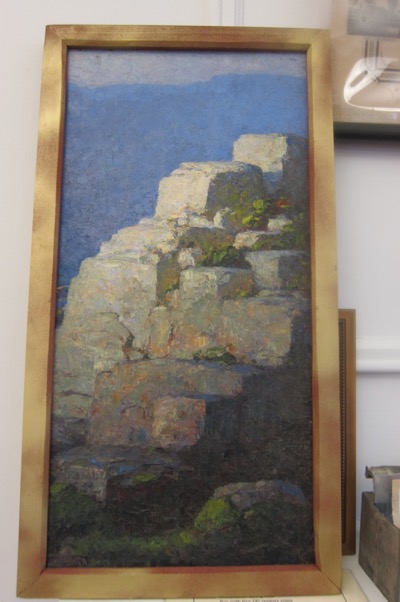 Painting of the Metacomet Ridge by Charles D.
Hubbard; a local artist who studied under noted impressionist John Twachtman

(Note: those retirees paint infinitely better than I’ll ever paint.)

There are also some items of local interest relating to the 1938 hurricane and flood. I’m not a meteorologist so I don’t really know what this thing means, but I know that it was bad. Like, really bad. I am friends with NBC 30’s Chief Meteorologist Ryan Hanrahan, so I could ask him. And it’s not like that would be totally weird… he’s a Guilford boy after all. 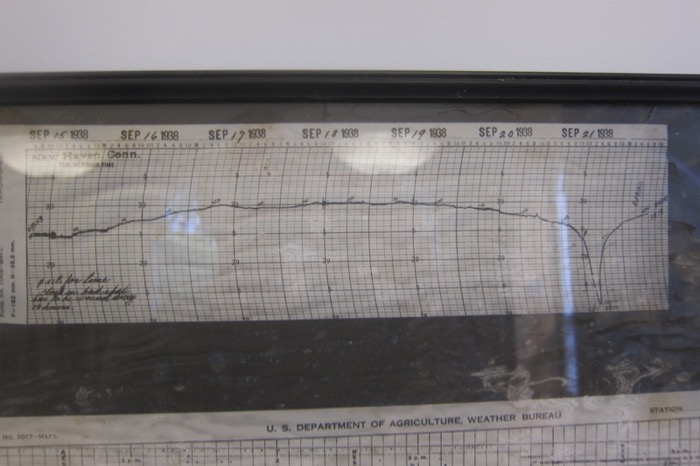 I’m assuming it’s a barometric pressure reading and on September 21st, 1938 it bombed out rather remarkably. There are also some tree crosscuts supposedly showing something from that day, but I don’t know what I’m looking at with them. 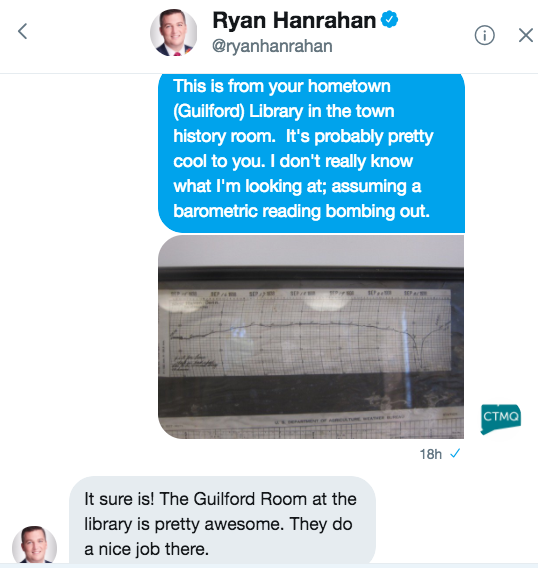 You see? I wasn’t lying. Ryan’s the man. AND he knows a good local library town history room when he sees one. We continued our conversation (Ryan LOVES Guilford) and he sent me this article which contains a half hour “show” he did about the 1938 hurricane which includes some time with… with… you guessed it! Edith B. Nettleton!

I liked how the three historic family names from Guilford are represented with tomes: The Whitneys, Dudleys, and Griswolds. Each has a Guilford museum bearing their name. And I’m quite proud of the fact that I knew that when I visited and thought to take pictures of those books. 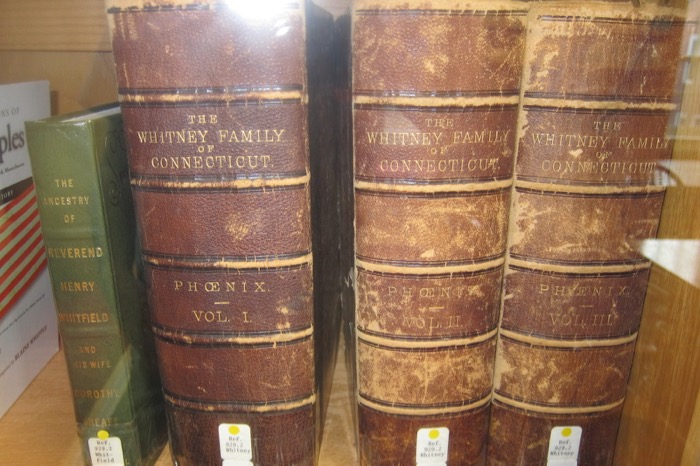 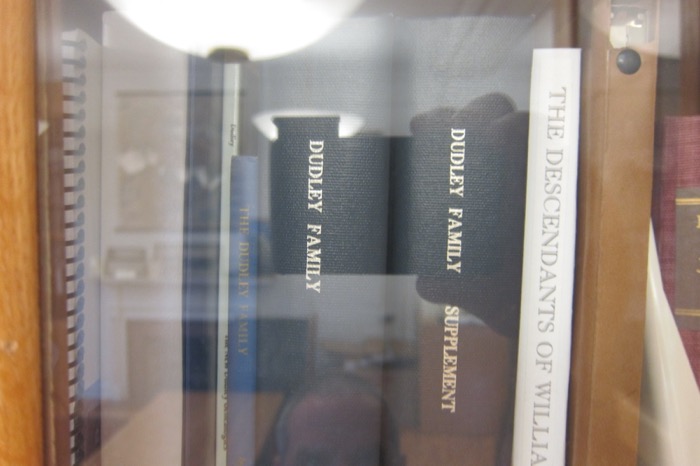 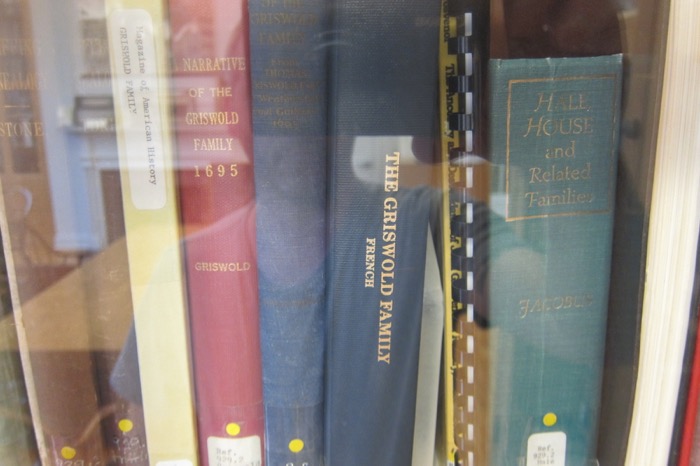 (Ok, I lied. The Henry WhitFIELD museum is nearby, and the Dudley Farm Museum, and the Thomas Griswold House Museum are in town as well.)

Perhaps when I die and people mention my accomplishments, that will be one – even if I wasn’t exactly right. Sure, Edith B. Nettleton basically built up Guilford’s library system and spent decades making the town smarter and she justifiably gets a room named in her memory.

But I almost remembered three museum names in Guilford once. 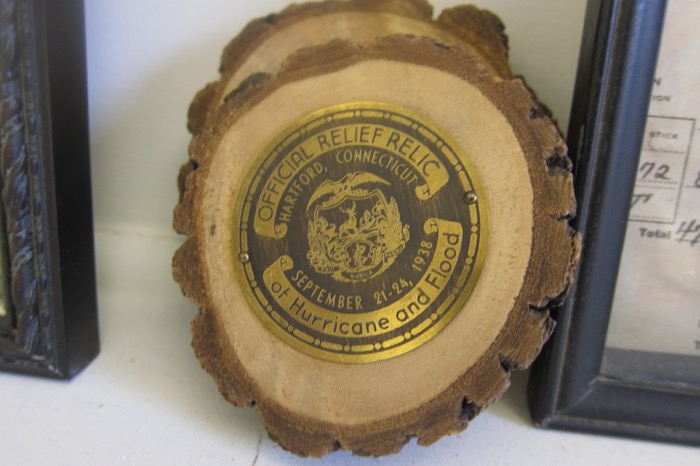 The Edith B. Nettleton History Room