Now we’re getting somewhere. History! And lots of it! Middletown’s heritage! In spades! Not only that, on a street full of unique, upstart and interesting restaurants, O’Rourke’s Diner stands out. It is a classic train car diner and the food transcends typical diner food. It’s featured on pretty much every show about Connecticut dining. (It also features in Roadfood’s Connecticut’s Things to eat Before You Die list.) 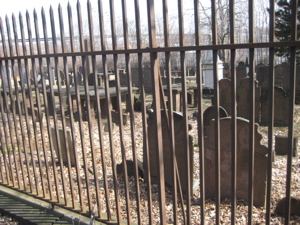 But that’s not why we’re here. Around the corner from O’Rourke’s and down the awkward onramp road to Route 9, hidden away on the side of the hill is Riverside Cemetery. And while the Heritage Trail brochure merely states, “Early English settlement; the oldest graveyard; Commodore Macdonough,” there’s a lot more here to check out.

The striking thing about this site is that there are a ton of plaques and monuments to important people. The fact that maybe 3 people actually park and walk along the dangerous road and up the steep hill to find this stuff is the striking part to me. It is a very pedestrian unfriendly setting. 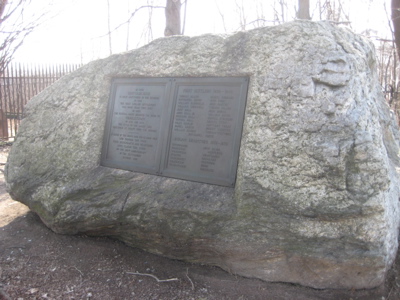 Up first is a massive boulder with a bunch of bronze signs planted in it. One sign notes the former name of the area in 1639, Mattabeseck, and states that the first English settlement here was near this spot in 1653. And of course, the name was changed as the land “changed hands” in 1672 to Middletown.

There is a listing of those first English settlers on another sign. Yet another honors one Commodore Macdonough. I’d never heard of him either, but he was quite a seaman and veteran. Read all about him here if you want more than my highlights. I think I rank just below him on the “Famous people born in Delaware” list. 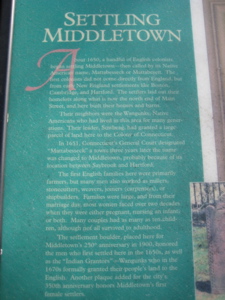 But his ties to Middletown are important enough to give him credit on a hard to access boulder next to a highway. He served in the Navy fighting successfully in the Quasi-War with France (That’s a new war to me), the First Barbary War, and a whole bunch in the War of 1812, where he was quite the hero in the Battle of Lake Champlain. He married a Middletown girl and had a house here, but most of his Middletown days were spent between wars when he assisted Isaac Hull in overseeing the construction of gunboats, before earning a permanent commission to Lieutenant in January 1806.

Actually, he’s buried here in this cemetery, which was officially named Macdonough Cemetery but still goes by the colloquial Riverside Cemetery name. So what about the dang cemetery? 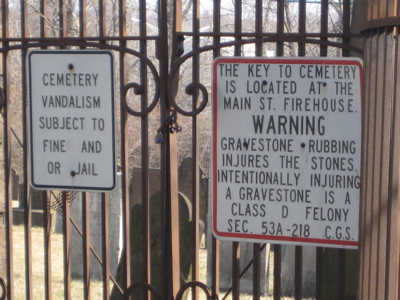 On my way over to it, I passed the maple tree, planted in 1932 to honor George Washington’s 200th birthday. Like I said… lots of signage here.

It’s the oldest burying ground in town, having been used since the first English settlers arrived. Aside from its antiquity, there’s not much too exciting about it. The slabs are all brownstone from the Portland quarries across the river and there is a slave buried here named Sambo, which is always interesting. 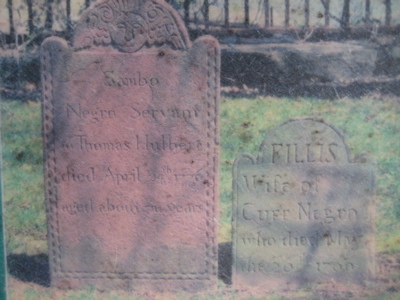