Amato’s Toy and Hobby of New Britain closed at the end of February in 2022. I blame the terrible movie that was filmed there.

Yes, there is an Amato’s Toy and Hobby on Main Street in New Britain that has also been there forever. Yes, the store in New Britain is also staffed by 50+ year Amato’s veterans and it was even named one of the top 25 independently owned toy stores in America in 2018. A terrible Christmas movie called A Very Merry Toy Store was filmed there. It’s a great store for sure. 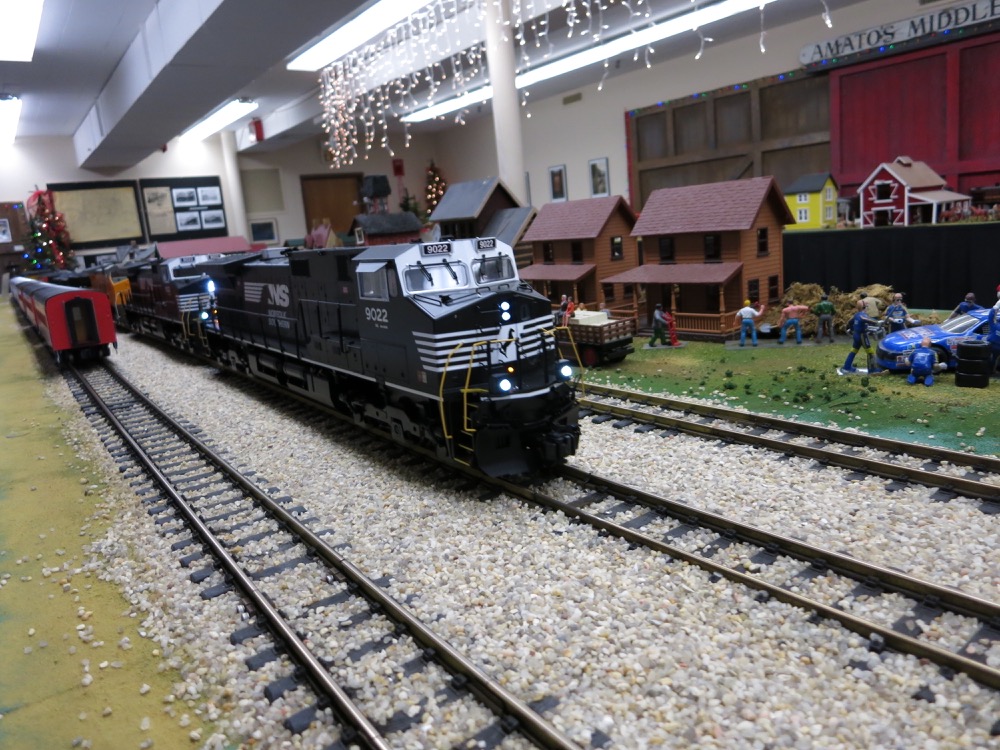 But we’re here for the Middletown Amato’s and its Trainland. I can recall visiting the huge train display at Time Machine Toy and Hobby in Manchester and thinking that it must certainly be the best toy store model train set-up in Connecticut.

And that may still be the case, but Amato’s Trainland certainly gives it a run for its money. But once you add the fact that Amato’s has a lot of museum quality antique trains and toys, you realize a visit to Amato’s is even more rewarding. Middletown was also the original store location, with New Britain coming online a little later. 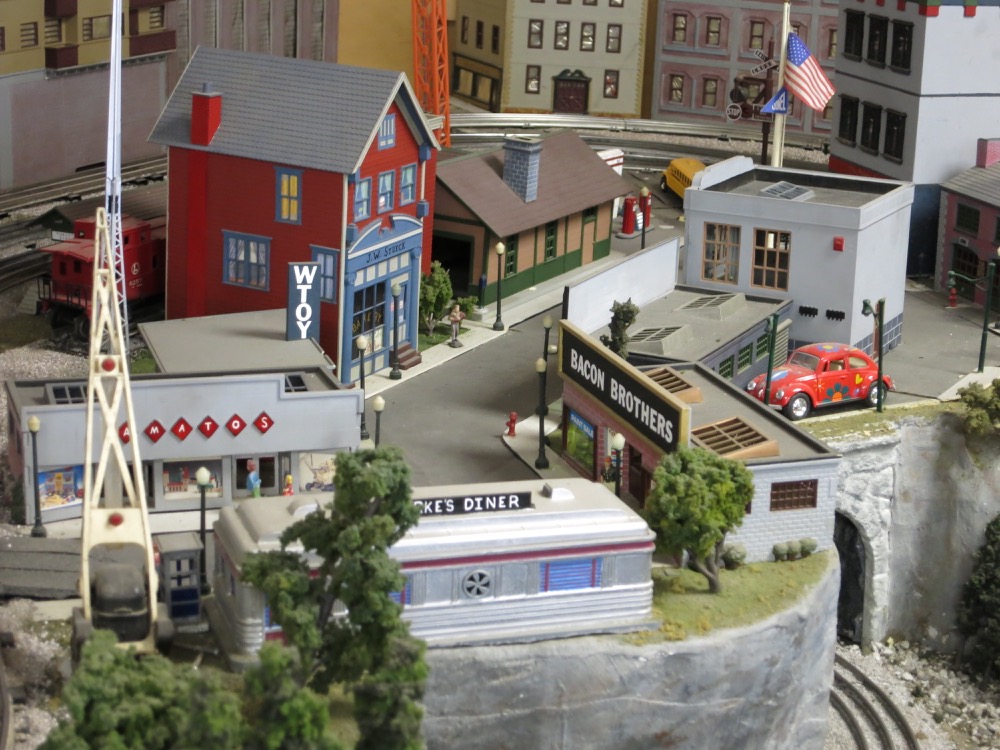 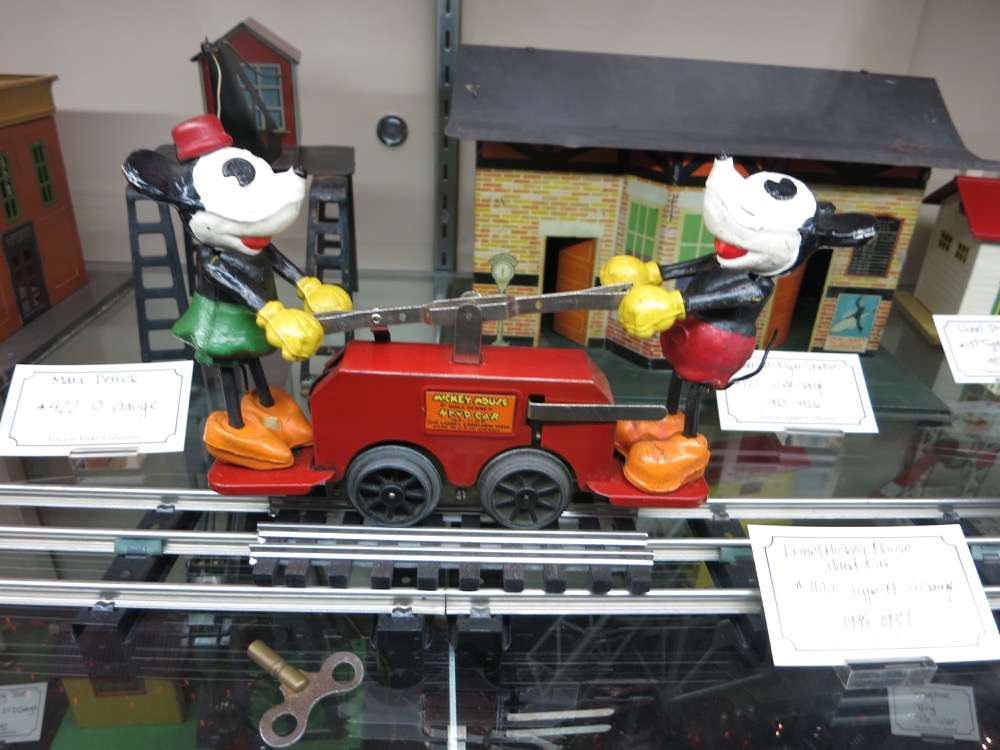 Both of the large Amato’s stores are not your typical toy stores. They don’t sell electronics and each tries to carry mostly American made products. Amato’s Toy and Hobby was started in 1940 by then teenager Vincent Amato selling his friends wooden model airplanes. The tradition continues today with his 3 children and their families still running the show.

Trainland is in the lower level of the store, which allows for a cool sort of anticipatory walk down the stairs to enter. The train layout is huge, at 3,000 square feet. It features the antique toy and train collection of store founder Vincent Amato as well as a huge Playmobil display that features large gauge G trains. (I was a big Playmobil kid.) 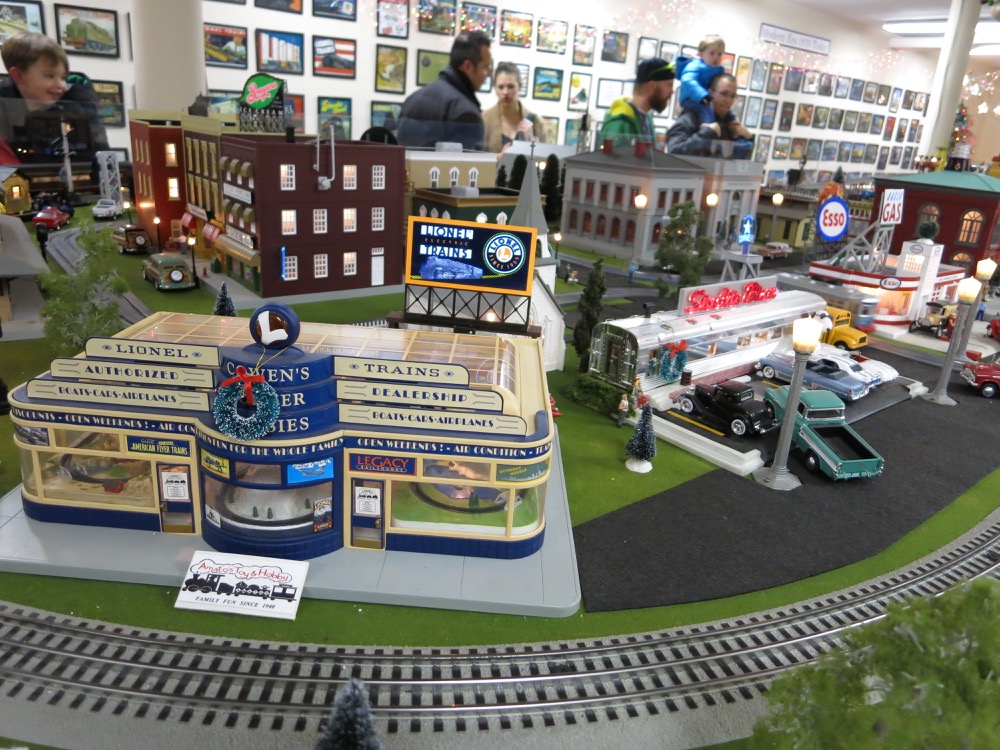 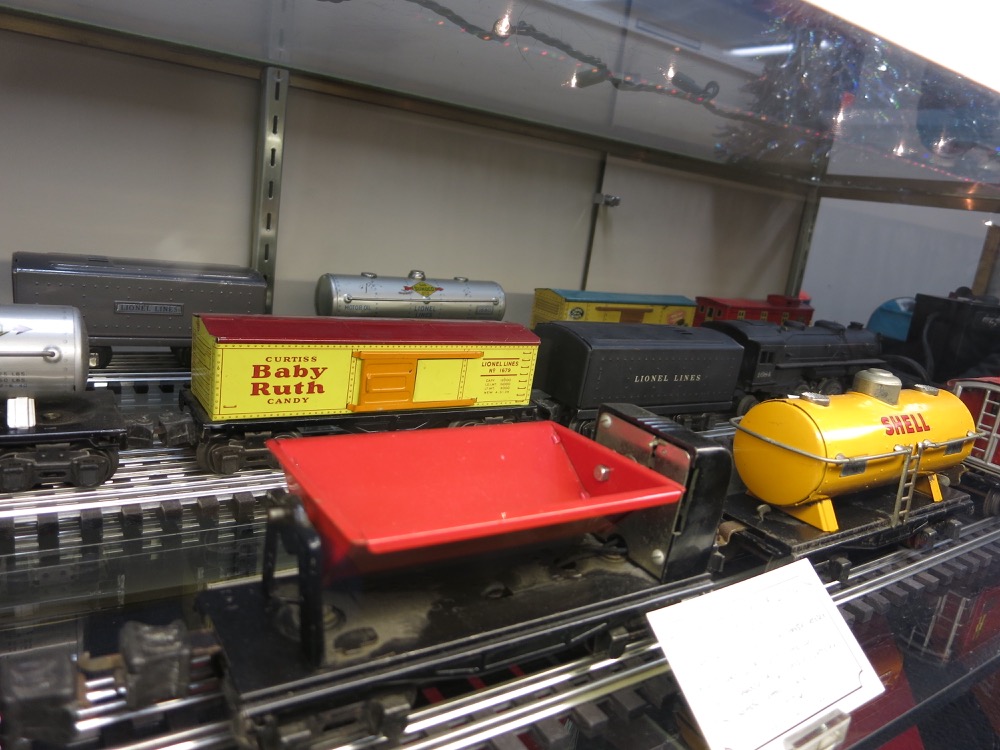 Amato’s changes the layout through the seasons and years. There’s one layout that allows kids to manipulate the trains and the movable trackside additions. I found a 1989 New York Times interview with Mr. Amato that contains some great stuff. Amato wanted to be a pilot when he was a child, but since he was too young for that, he got into model airplanes. From there, he began operating a model airplane store at 14 and the rest is history.

Q. Why are hobbies important?

A. Because they give you a sense of accomplishment, which a great many people don’t have today. Their jobs are very outlined and a piece of something. For instance, if you’re working in a calculator factory, you might just be sticking the name on the cover and that’s all you do all day long. You never see the completed product of what you’re working on.

Some generations back, you may have been a farmer, as many people were then, and you put the seeds in the ground and you picked the fruit of your labors at the end of the harvest season and you had a sense of accomplishment. What you did was the final result. If you were a cabinetmaker or a carpenter, you saw the end result of it because you did it all the way through. Today, if you’re working on building a house, you may be the guy who just nails the dry walls on and that’s all you do. You leave and you never see the house finished.

But with hobbies, you can see your accomplishments. If you buy a car model with 2,000 pieces in the box and 100 hours later you have this beautiful heirloom practically, you have a real sense of accomplishment. You’re proud of it. One of our advertising slogans is ”you live longer, healthier and happier with a hobby.” And it’s true. 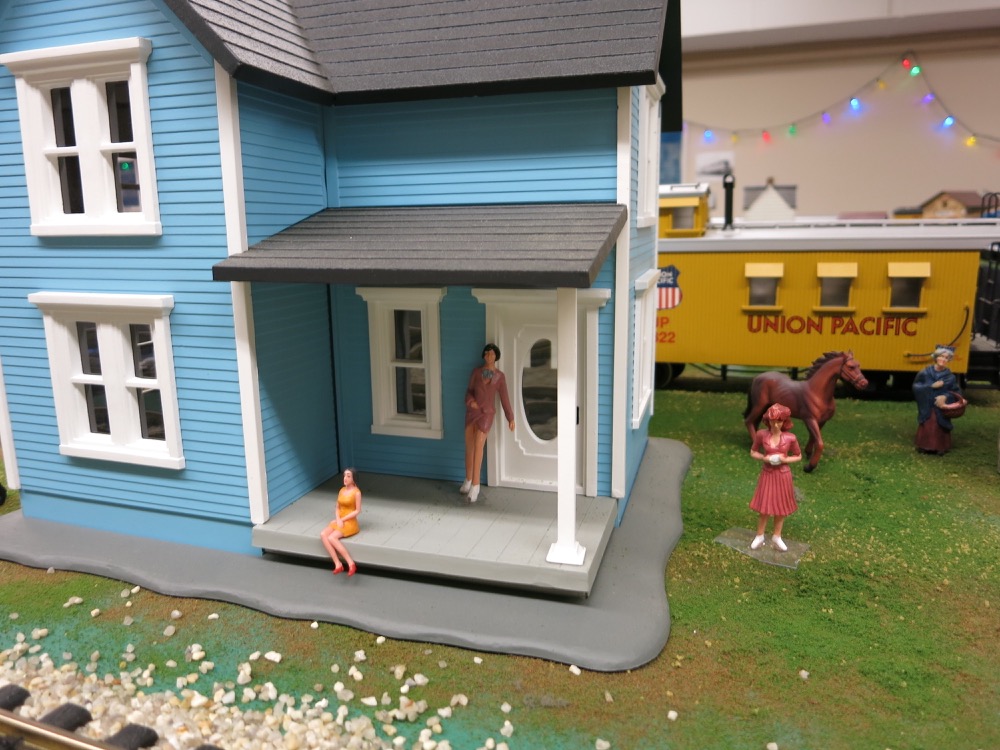 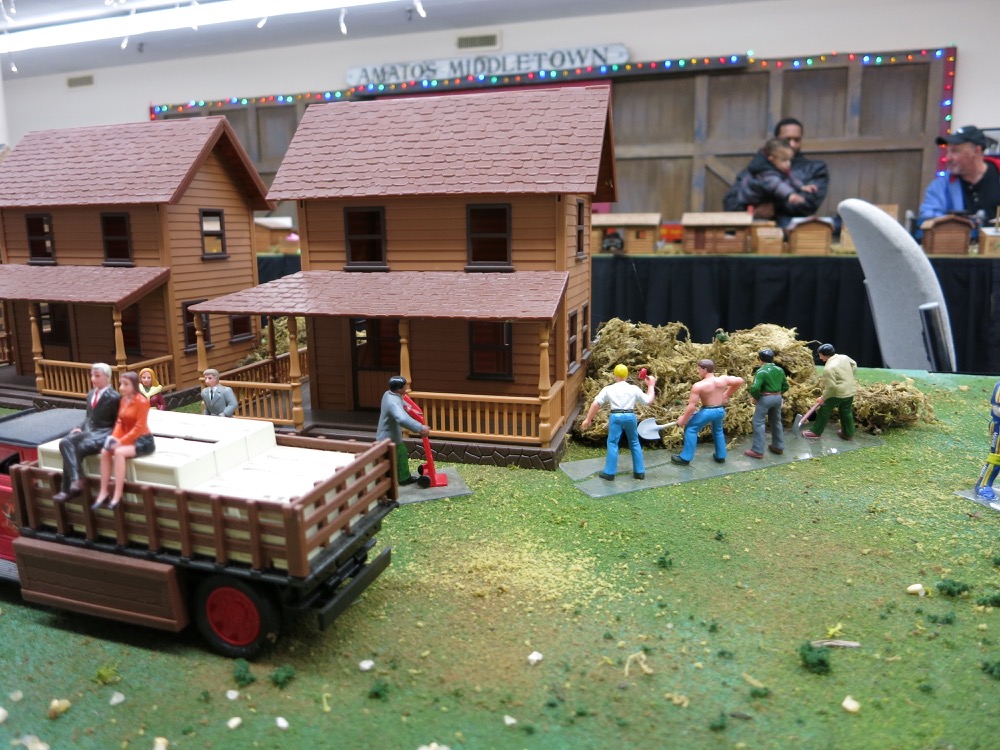 Q. How is that true?

A. For instance, I had an elderly friend who was a P.D.X. installation man – that’s the old telephone system where the girls plugged the cords in. He spent his whole life doing that. When he retired, he was at a loss. So he happened to come in the store one day and bought a train set for his grandson. The next morning – it was a Sunday – he called me up and asked me to go down to the store and get him another train. I said, ”What happened to that one? It won’t work?”

He made a hobby out of trains. When he died about 10 years later, his widow, in selling that house, sold me back the train set. When I went to get it, I saw that the train was just an excuse for him to continue doing what he had been doing all his life. He had miles of wires. This train was the most automated thing I’ve ever seen. So he continued being a wiring installation guy, only he switched from telephones to toy trains. 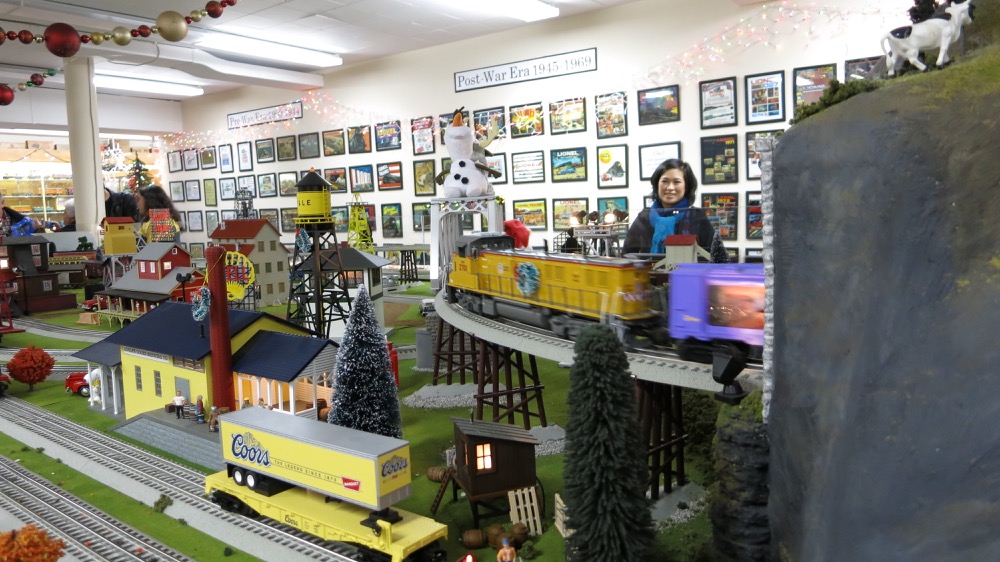 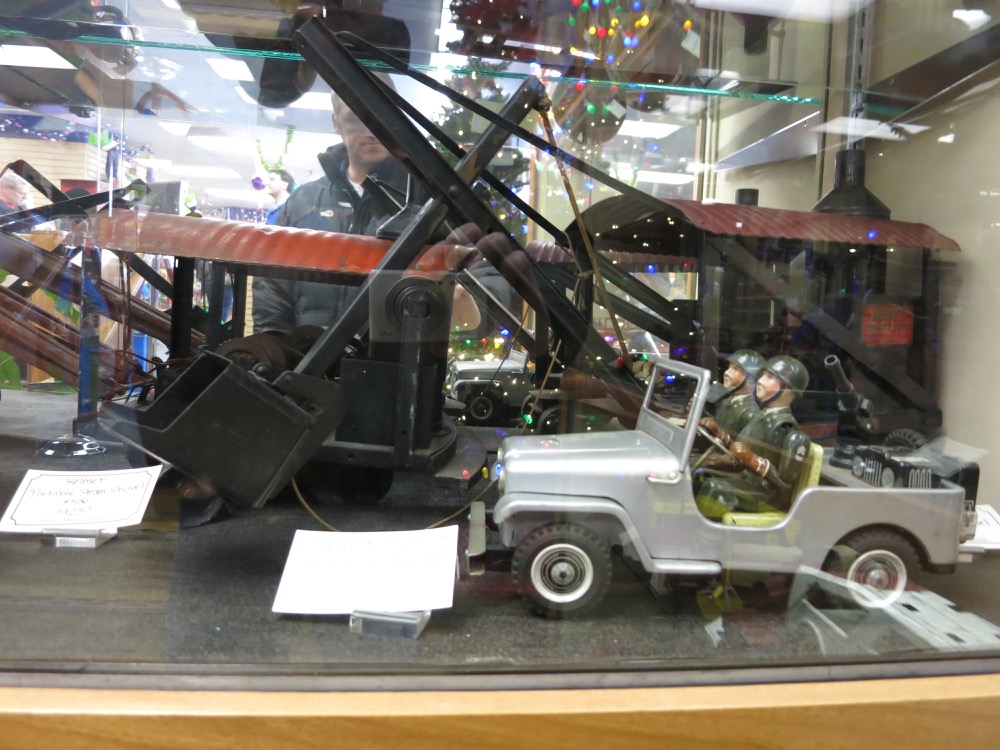 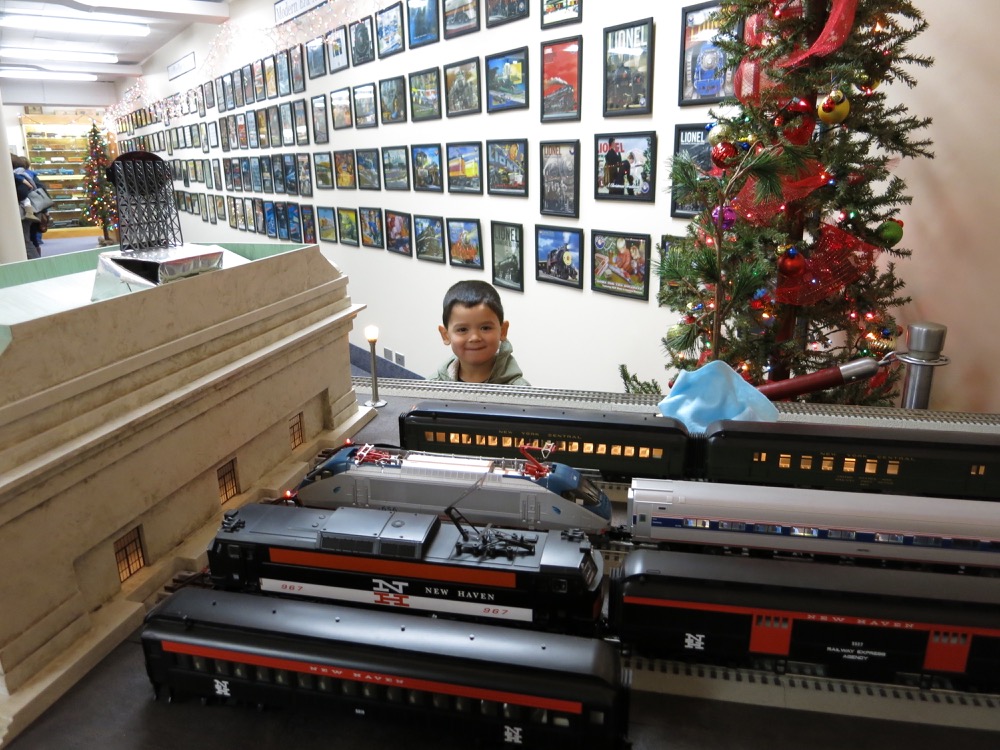 Q. What are some of the unusual hobbies you have seen?

A. There is a man here who builds models of bridges. Now I don’t know why anybody would do that, but that’s what he does. Maybe he always wished he had been an engineer. And there’s another man who used to work for me when he was a young man, who has re-created buildings that once stood in Middletown for a model railroad set of his. 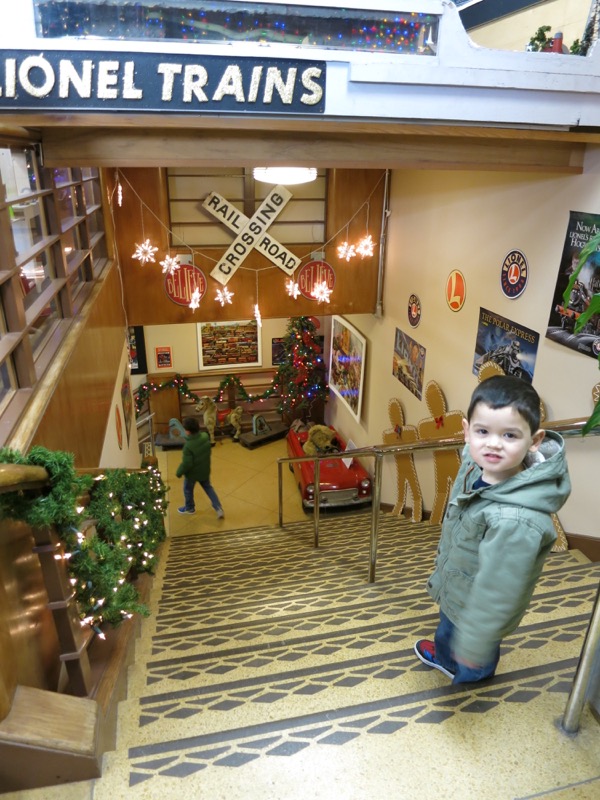 Gosh, what would he think of a guy whose hobby is visiting and writing about everything in the state? I shudder to think.

Amato’s hobby was collecting antique trains and toys. It’s really cool that there are displays down in Trainland of collectibles and model trains. There are lots of old toys and things from A. C. Gilbert Company of New Haven – inventor of Erector sets among other things. Things like this: 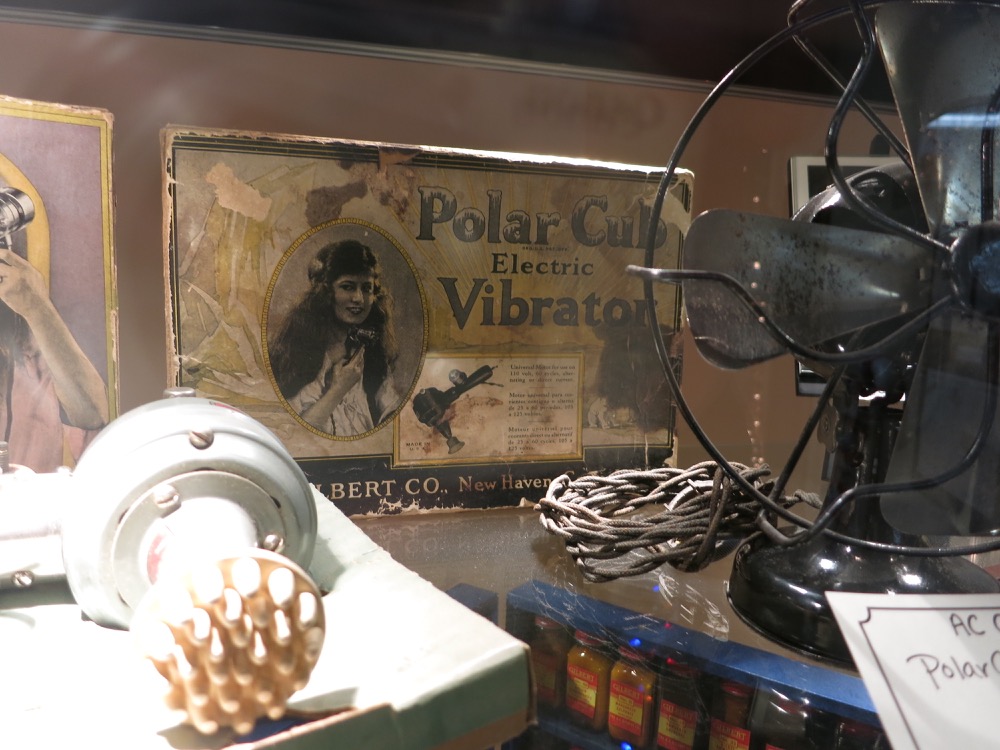 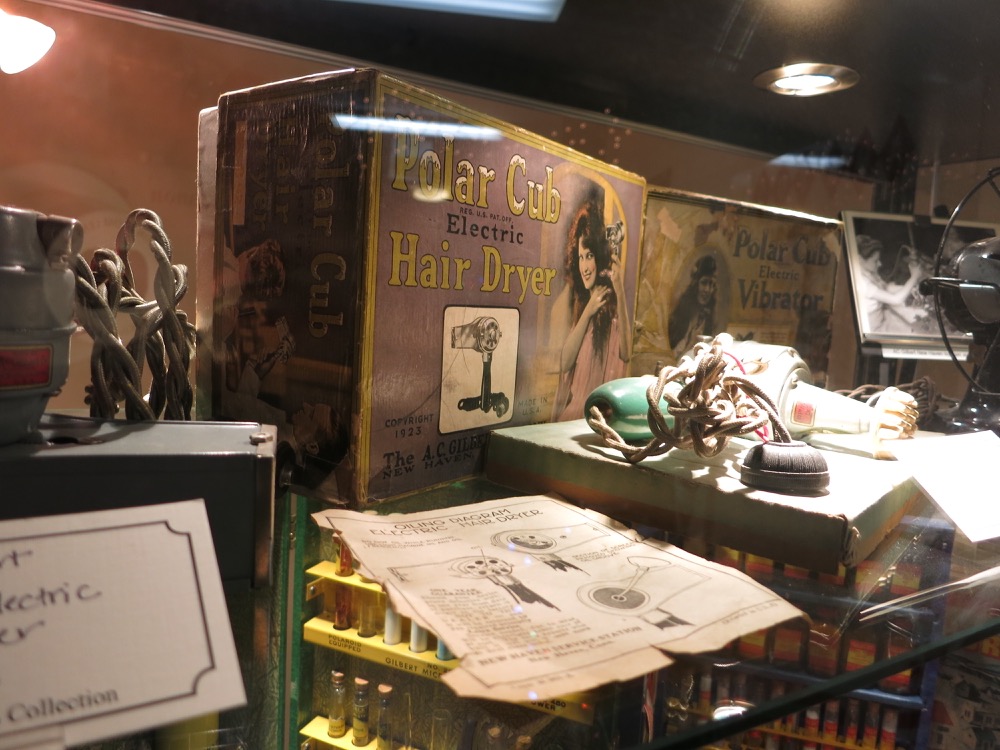 We have seen the same products at the Eli Whitney Museum in Hamden, but it’s always cool. Which brings to mind the age-old question here at CTMQ: Is Amato’s Trainland a museum?

I’ve decided it is not. But if you’re really into A.C. Gilbert Company stuff or 100-year-old Lionel train sets and things, you may certainly consider it as such. And frankly, a large toy store that stays away from electronics could also be considered a museum at this point, but I’m not ready to go that far.

Both Amato’s locations are great, but if its a huge train layout you want to see, Middletown is the place to be. 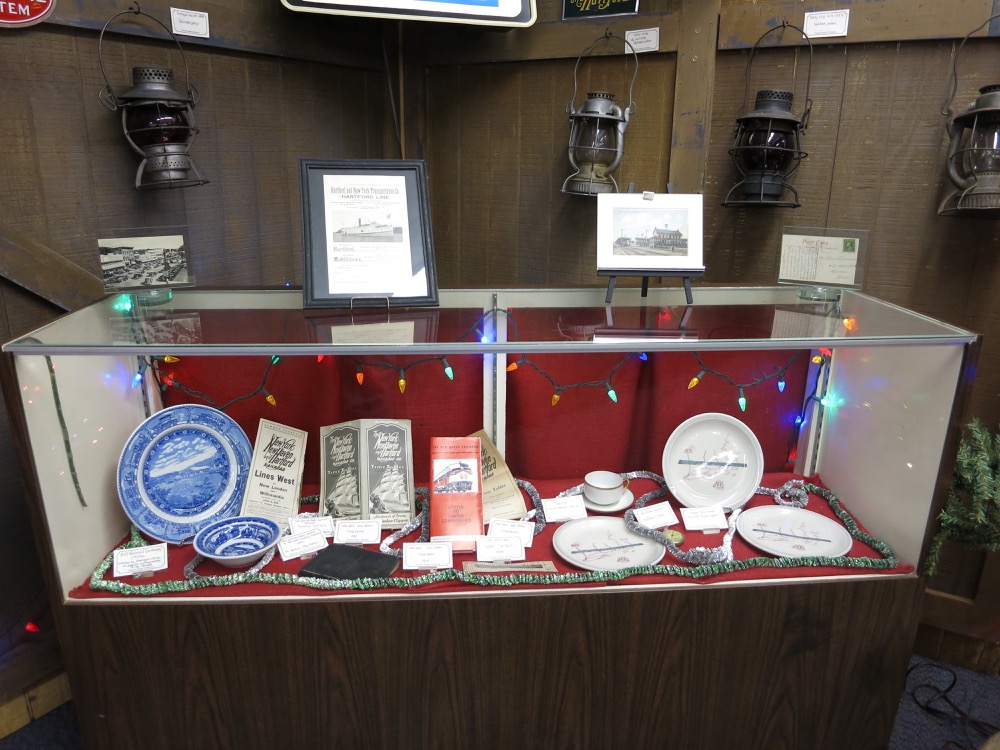 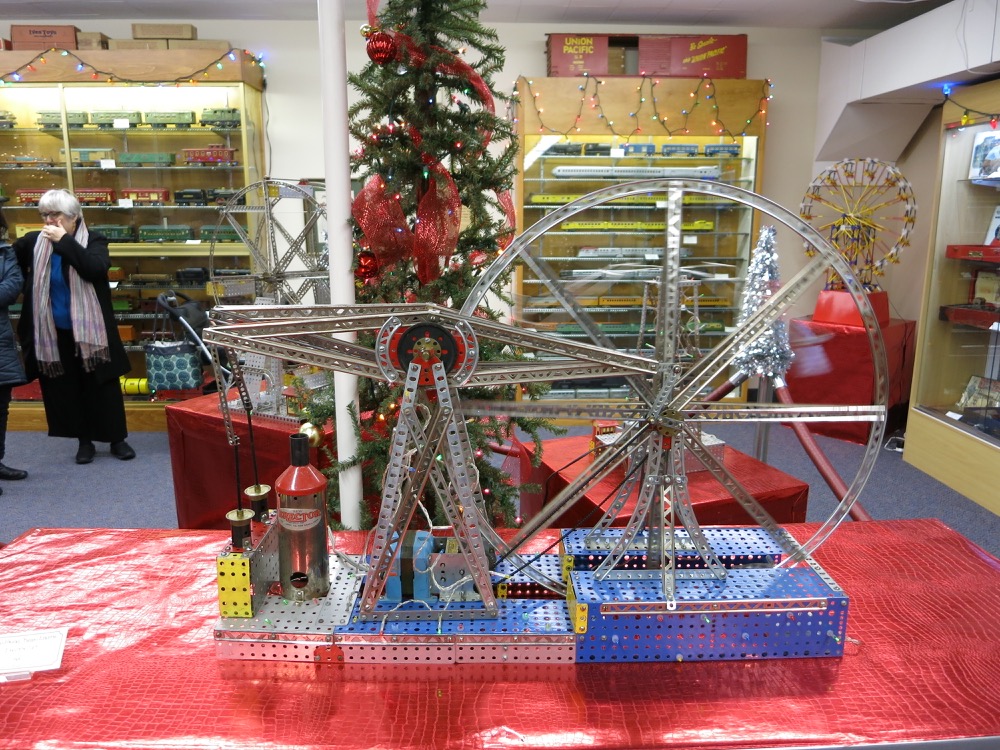 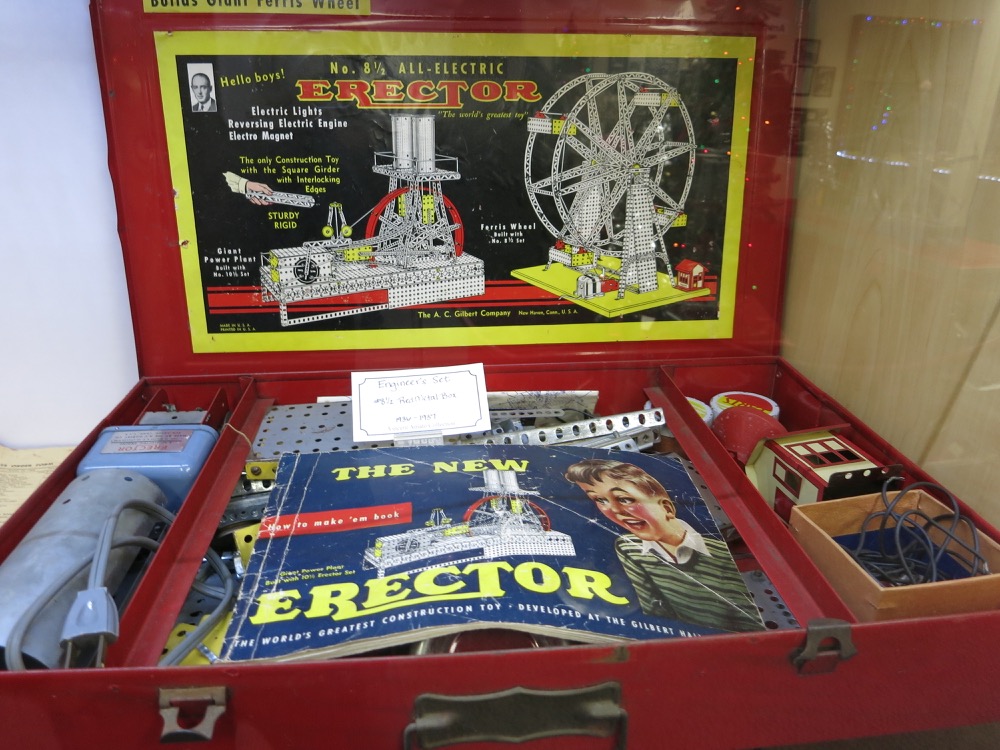 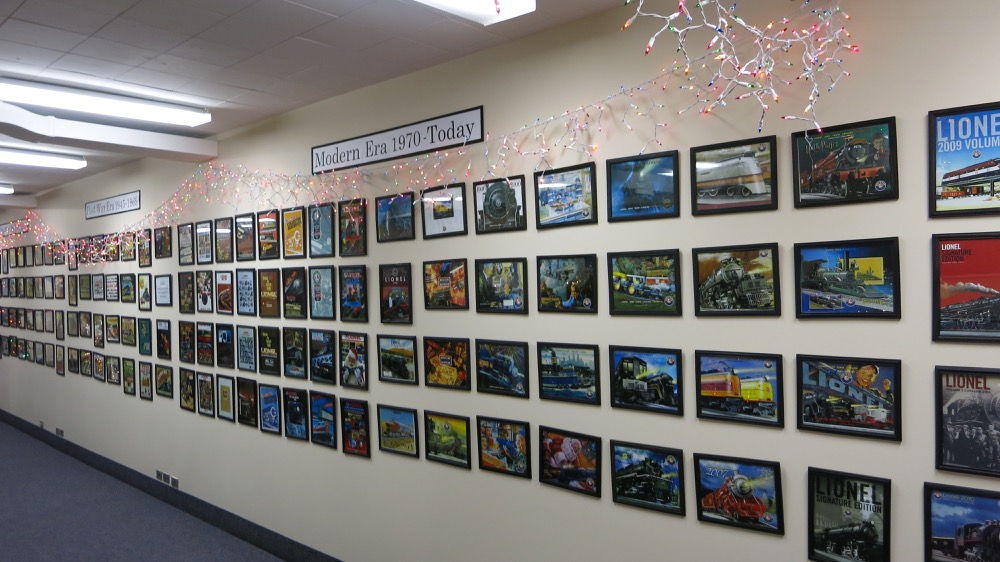 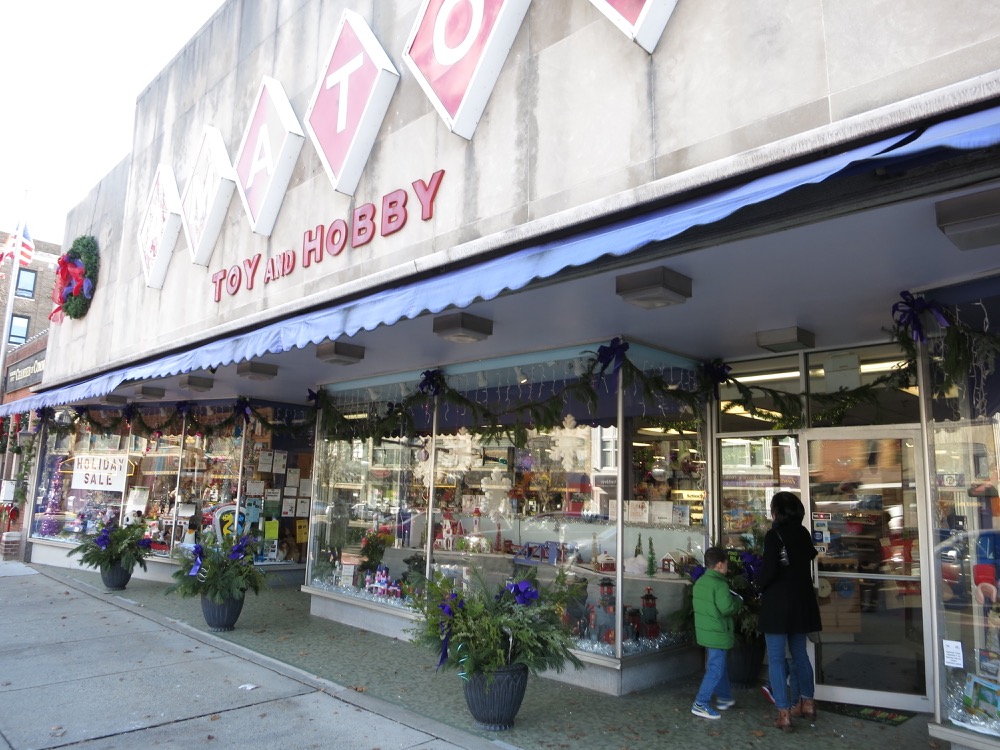