I’m on a current kick of ripping through a giant stack of books I’ve had stacked for years. Literally years. Literarily years? Literally. Many of these books are what I lump into the category of “Connecticut books,” which surely doesn’t surprise you.

Pretty much any Connecticut-centric book is fair game. And, apparently, “booklets” too. Especially if they randomly show up for free in my mailbox like this one did. 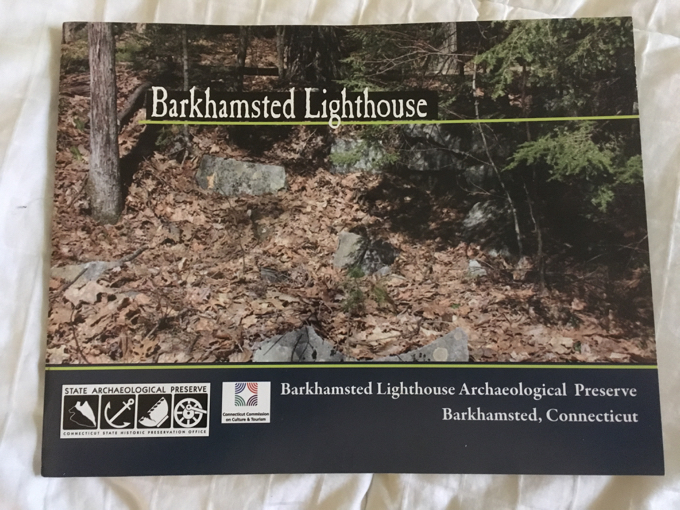 Actually, I can’t quite remember if I knew it was coming ahead of time or not. I just know that it came and is signed by its author, Dr. Ken Feder. The book was funded in part by the Connecticut Commission on Culture and Tourism back in 2009. An outfit that probably no longer has any sort of budget to fund passion projects like this.

I first visited the “lighthouse” in 2007 while hiking around People’s State Forest in Barkhamsted. It’s a beautiful area; with lots of very good hiking, some nice views, a waterfall, and even a little nature center. I highly recommend it. 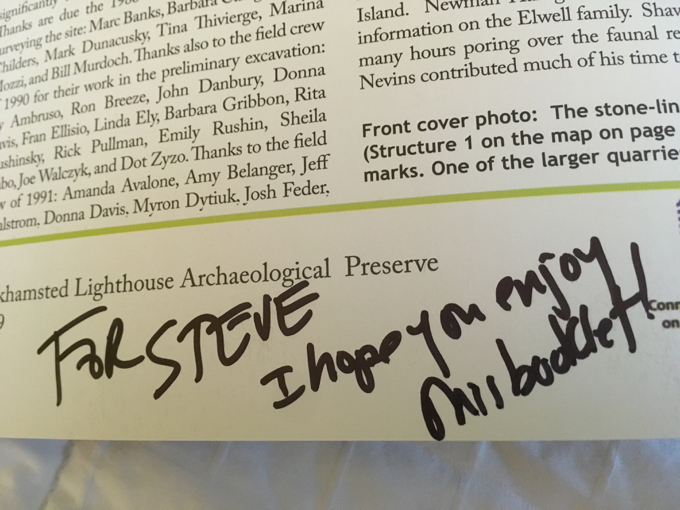 So… Why was there a lighthouse in the middle of the forest, 60 miles from the closest open water? And, once there, um… where is this lighthouse anyway?! This book is an archeological study of a former settlement in these woods – a settlement that was called a “lighthouse.”

It was a village made up of a mixture of people of Native American, European, and African descent. The place was very real, and its nighttime fires served as a “light house” for weary travelers headed down to New Hartford for rest and supplies before carrying onward to Hartford. 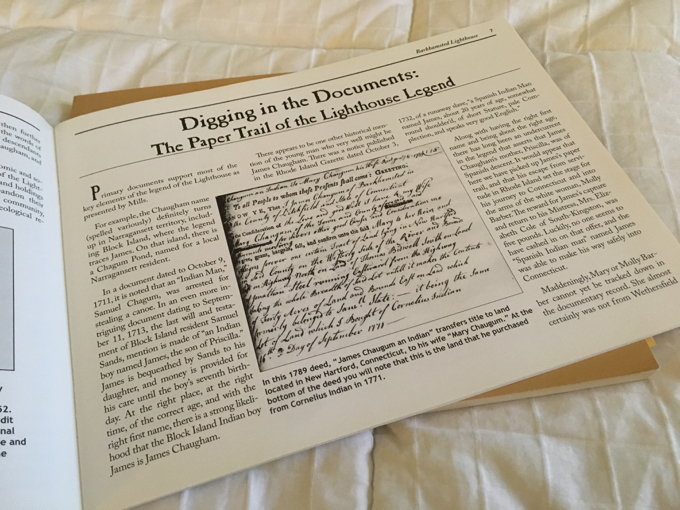 The community was cool with anyone of any ethnicity, which made it pretty unique 200 years ago. (That’s also why, probably, it was relegated to a rocky hillside in what still is pretty much the middle of nowhere in Connecticut.)

This book goes into those who lived there – a somewhat difficult task due to the inhabitants’ itinerant nature. It explores the legends attached to the community, the known history, and then they dig in the dirt and pull out all sorts of artifacts. Mostly bowls and stuff, but they always have a story to tell.

And for a free little booklet that I was randomly sent that no one can buy anywhere, it does a really good job of doing all that.