We all love dumb street names. As I’ve slowly introduced my son to the wonderful world of CTMQ – despite his being an unwitting part of it his entire life – he really seems to enjoy the dumb street names I highlight on occasion. When we drove along Pumpkin Delight Road to Pumpkin Delight School in Milford, he was delighted. And when I pointed out Bread and Milk Street in Coventry one day while waiting at a red light on Route 44, he was fascinated. 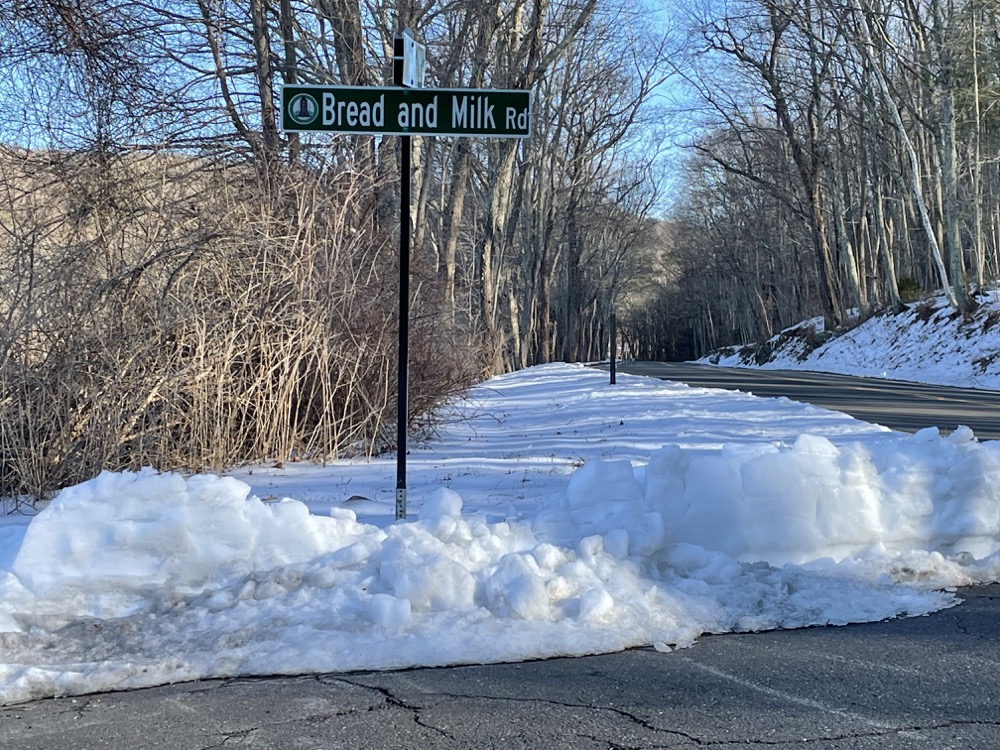 And, it turns out, so are many of you. Bread and Milk Street always pops up whenever a Connecticutcentric outlet trolls for “engagement” by asking readers to name their favorite local street names. Fair enough. It is a ridiculously dumb road name. But, to me, the dumbness of Bread and Milk Street is ratcheted up to the next level for one reason…

Half a mile west, in Vernon, there’s also Bread and Milk Road. Street and Road are separated by several non-exciting road names like, Cedar Swamp Road, Bolton Road, and Hatch Hill Road. It’s as if the planning and zoning board in one town was jealous of its neighboring town’s exceedingly dumb street name and decided to match it. 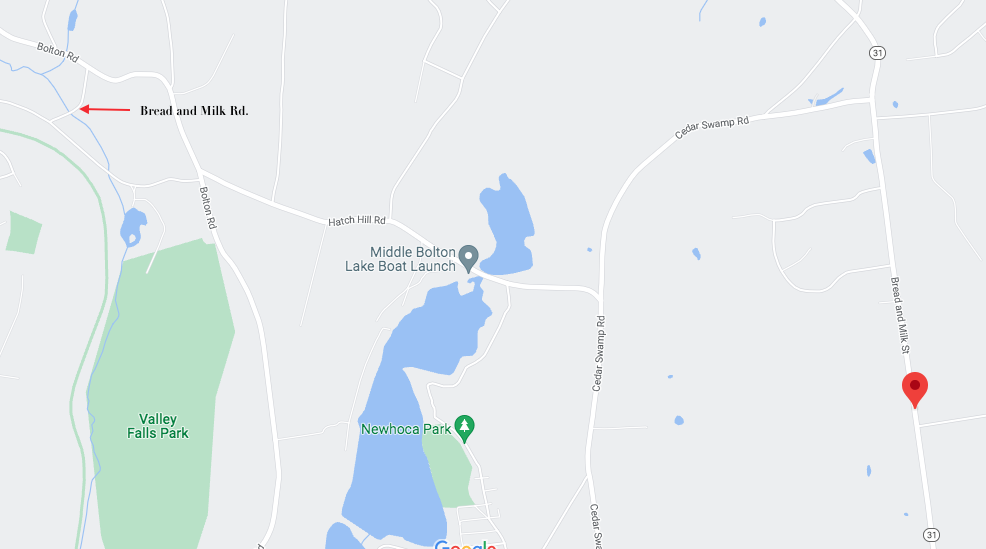 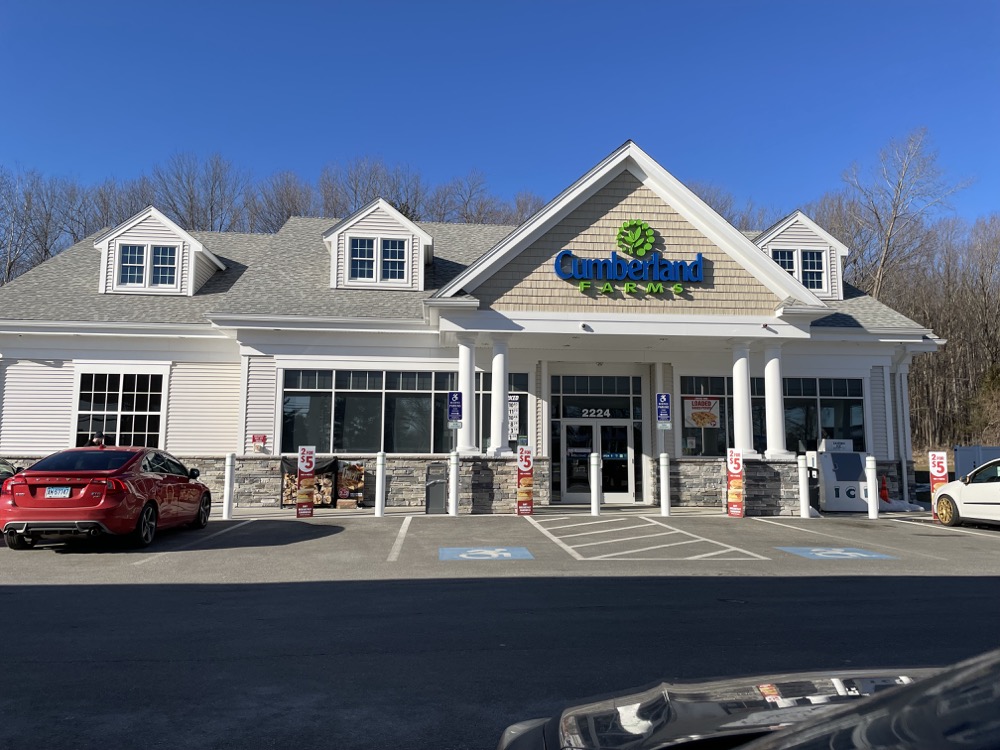 No. I’m not satisfied. Who am I kidding? If I were to guess, I’d say Vernon’s Road came first. It was there that the Thrall Family Farm was built and cleared in the mid-18th century. (Today, it is a short little road by a protected wildflower meadow between Valley Falls Park and the Belding Wildlife Management Area.) Today though, there are no cows being milked or bread being baked there.

Such is not the case along Bread and Milk Street. It is a much longer and straighter road, with dozens of residences along its way north to Tolland. (Yes, it’s Route 31 if you were wondering.) And guess what? You can buy both bread and milk at the southern end of it. And I wondered… 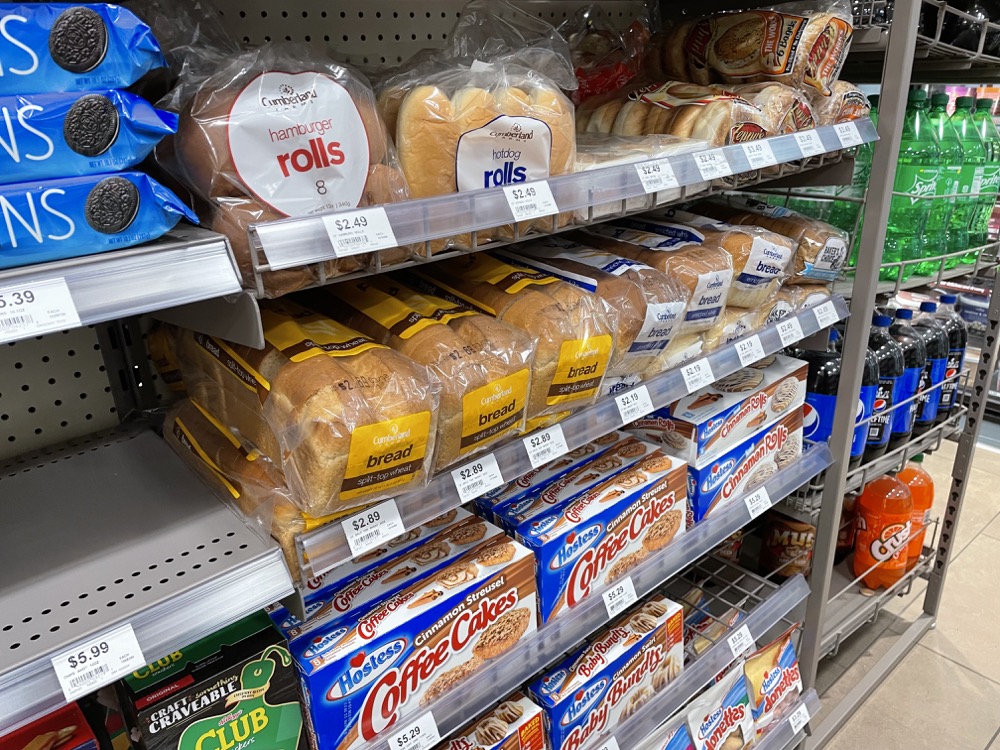 Would the guy at the checkout say anything to me if I went into that Cumberland Farms on Bread and Milk Street if I only bought bread and milk? There were no snow storms in the forecast, so my purchase wouldn’t be the typical storm prep cliché. I entered and endured the new Cumby’s thing where some underpaid employee now yells “Good Afternoon, welcome!” Companies: people don’t like this. Your employees hate doing it and your customers aren’t looking for cheery conversation, they’re looking for things like bread and milk. Please stop this. Same to you, Moe’s and I forget which car rental place does it, but that one is the worst. Your company doesn’t need to be Disney, and no one will think less of you for doing away with this practice.

Sorry, I had to get that off my chest. 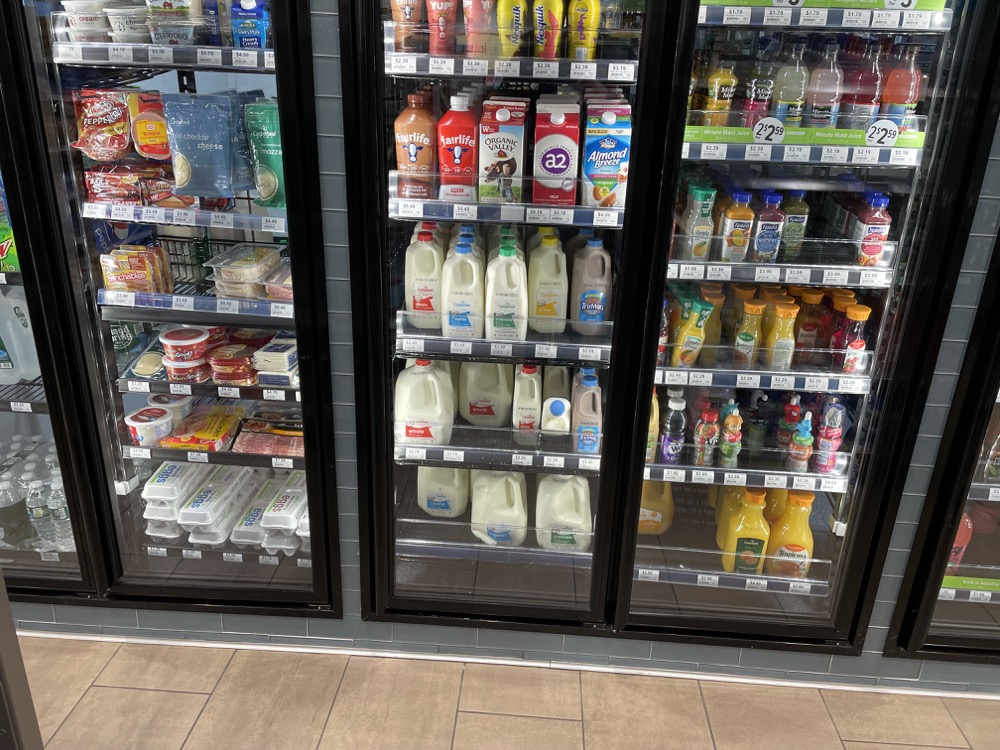 Anyway, I gathered up my bread and milk at the Cumby’s on Break and Milk Street and took it to the register.

The dude didn’t bat an eyelash and simply rang me up and told me to have a nice day. 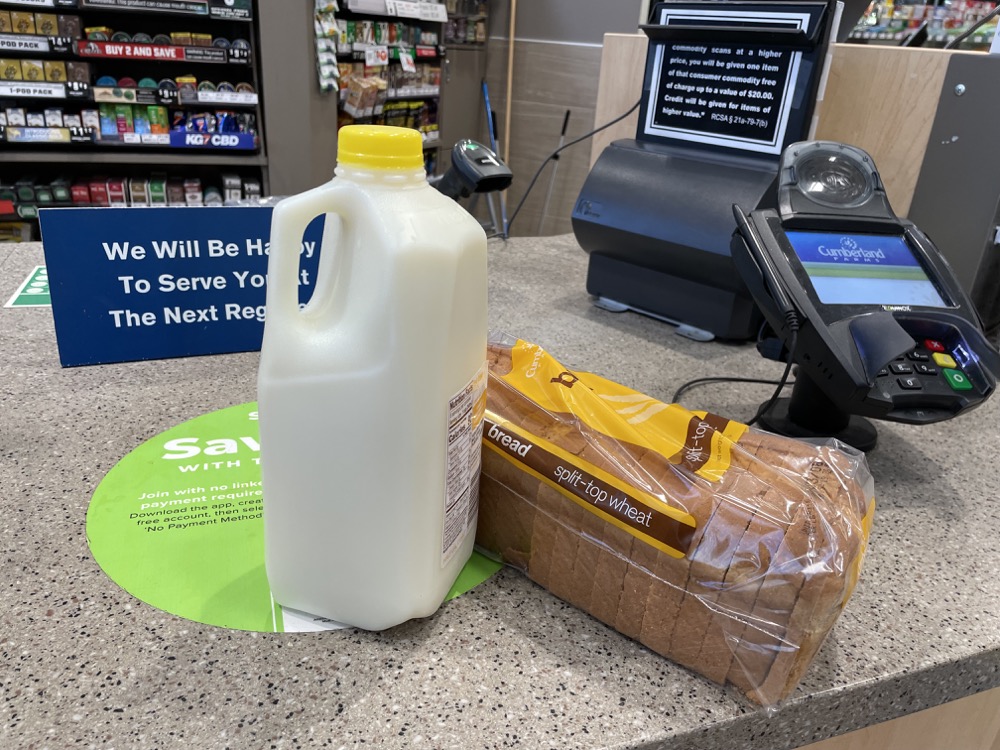 I must admit, I was disappointed. I honestly thought there would be some sort of acknowledgement when a customer comes in and buys only bread and milk on Bread and Milk Street. I didn’t even need bread or milk. It was all for this bit. I dejectedly took my purchase out to my car, sullenly ignored the greeter-turned-dismisser urging me to have a nice day, and went home.

The French toast the next morning was pretty good though. 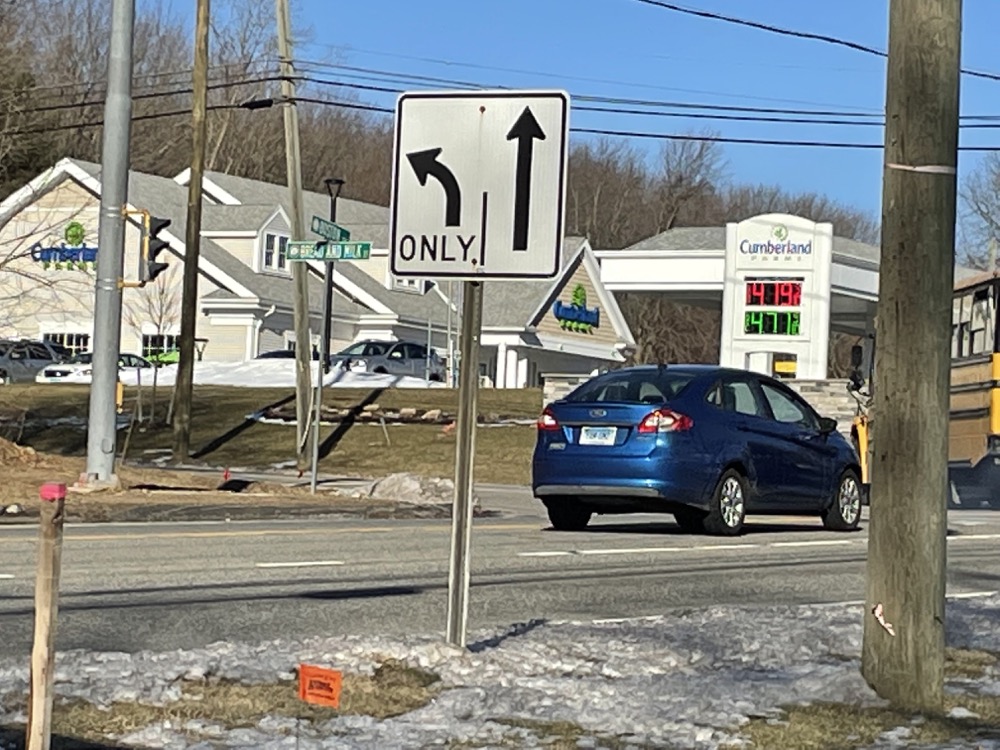