What am I gonna do? Pretend this is some revelatory museum? That its organization and deep research had me exploring every nook and cranny for hours on end? Sorry, I can’t do that.

I can only tell you about my particular experience on the twelfth day of the sixth month in the year of our Lord twenty-twenty-one. Which was, in a word, underwhelming. 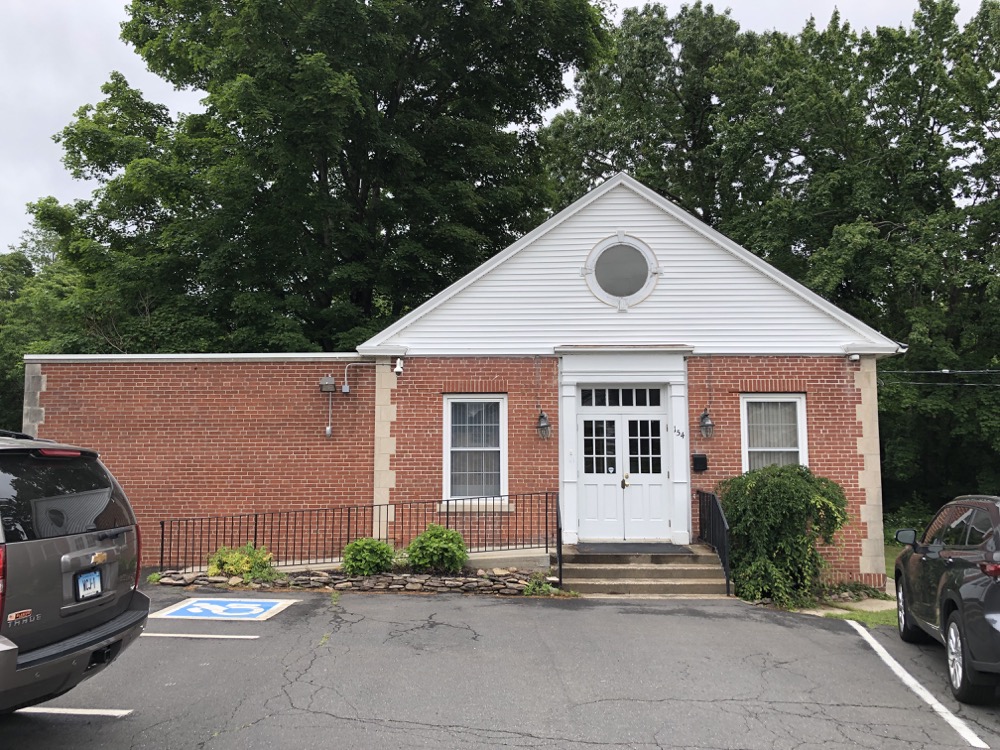 Now, to be fair, the Wolcott Historical Society only moved into this building a couple years prior and the bulk of that time – from move-in until my visit – were pandemic times. So we can confidently assume that no one was able to really put together the exhibits in any sort of “final state” way.

As it was, it looked like some Wolcott packrat’s attic more than anything else. Which, it must be said, is not unique to this particular museum. 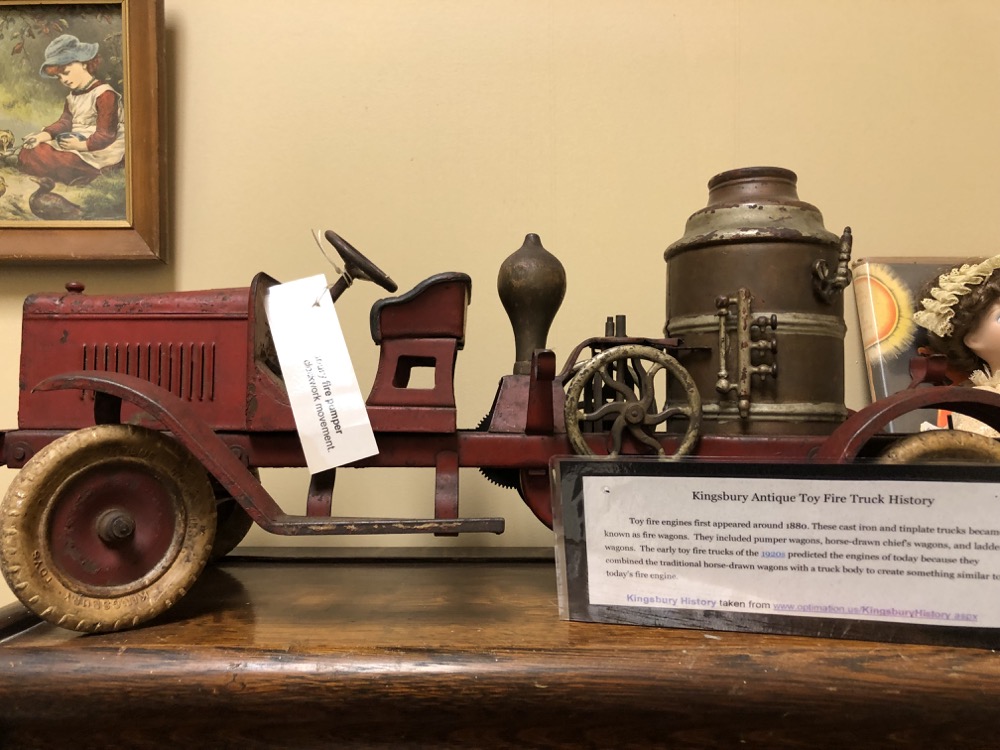 Here’s the deal in Wolcott for all you Wolcott history aficionados: the town has two museums, both housed in old schools. The long-standing Old Stone Schoolhouse Museum a couple miles away has been the historical society’s home since 1963. It is small and lacks indoor plumbing. In 2019, the society acquired the Center School and the plan is/was to house the town history exhibits here and making the focus at the other place on the town’s schoolhouse history.

Because if Wolcott needs anything, it needs two small museums in old schools. One of which looks like a tiny brick municipal building… because it is. But it was something else previously. 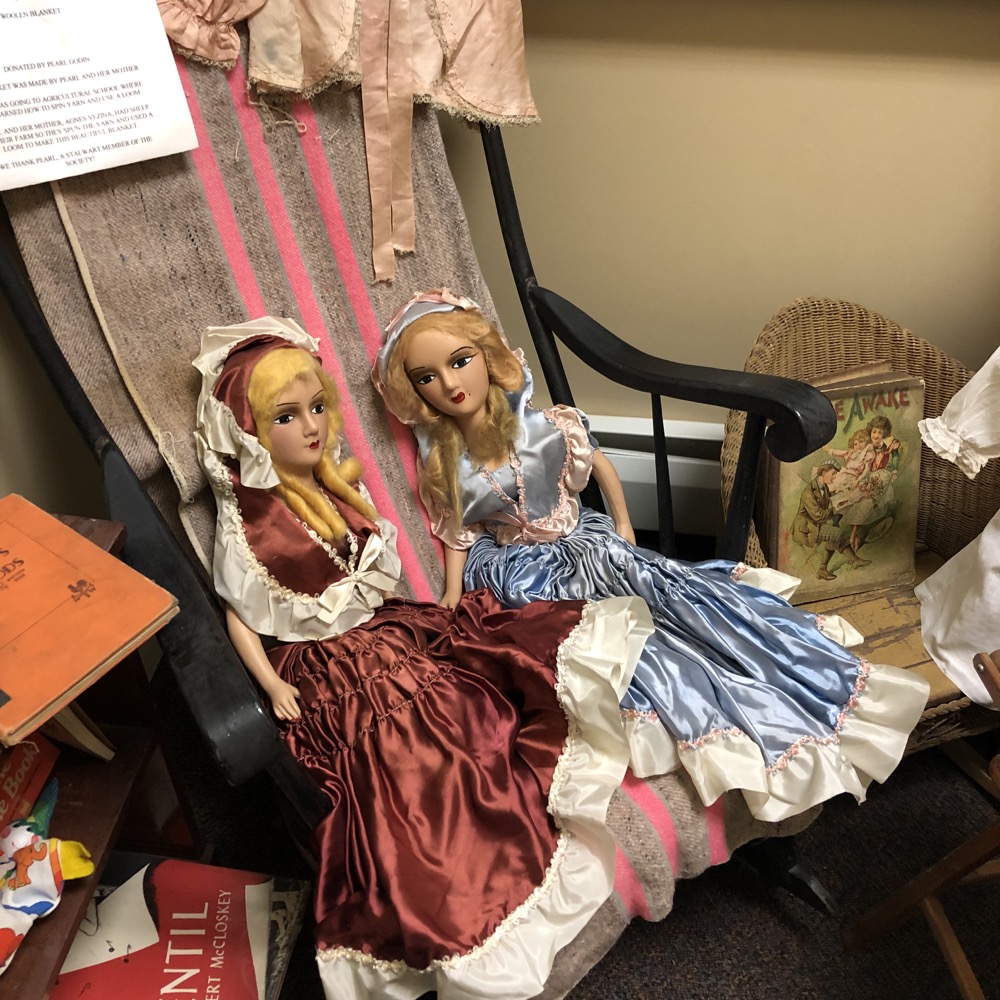 The original Center School was known as the “little red schoolhouse” built in the mid-1800s. It was a one-room structure, which included a small entry and a single classroom; fire destroyed the building and most of its contents on January 27, 1931.

Then they built the building I was standing in. It served all eight grades back in the day and…it was a small town small school until it was replaced in 1945 with another school. The town continued to use the building for town offices and even the police department spent some time housed in the building. Then the library then some offices then some other offices then … it was ultimately given to the historical society and became the museum. 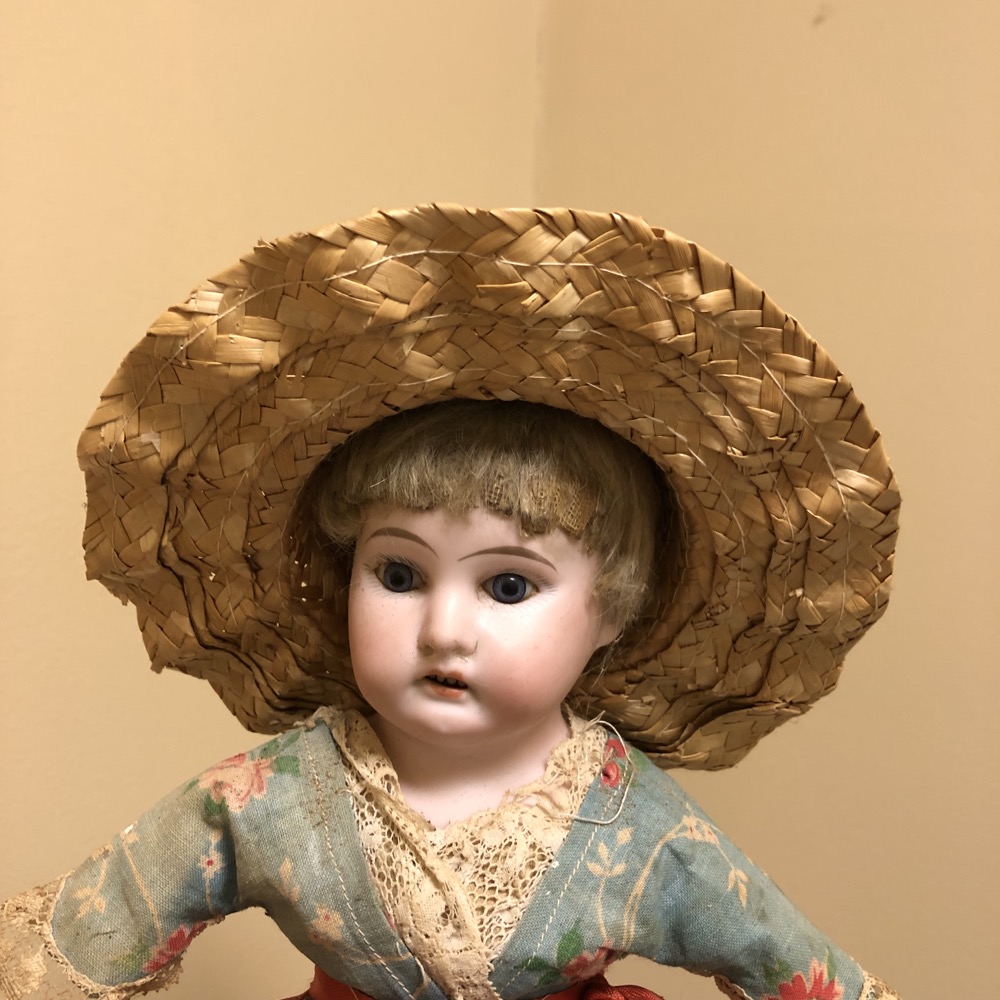 That unmistakable look that says… 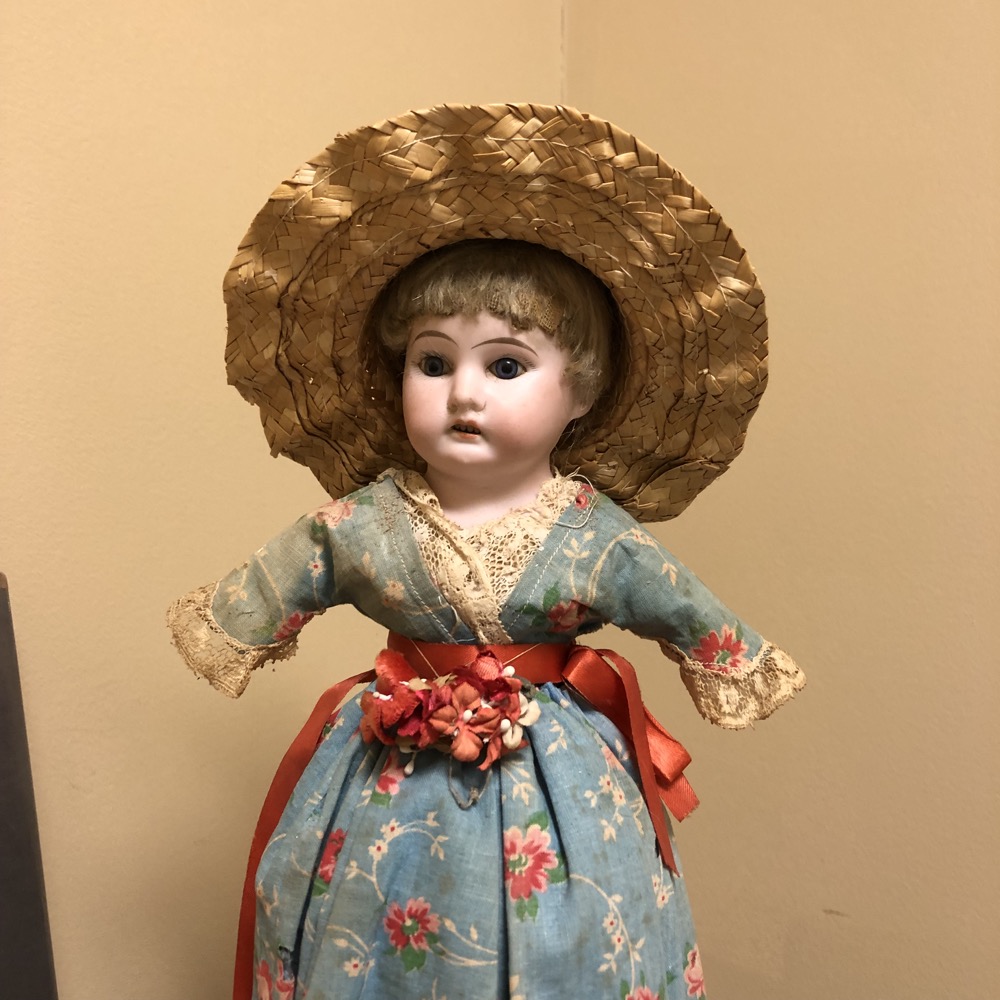 I entered shortly after opening on Connecticut Open House Day and was greeted by three women talking amongst themselves. I was immediately given the overview: “Our children’s and toy area is back there in a room on the left, and there’s some stuff here, and there’s some more stuff in that other room over there.”

The antique toy room had a bunch of dolls and some old baby clothes and some old books. I was told that pretty much everything on display was donated by Wolcott residents. The toy room was well organized and everything had signs. Nothing I hadn’t seen elsewhere, but I’m sure it’s a really cool thing for local old timers to come and reminisce about. 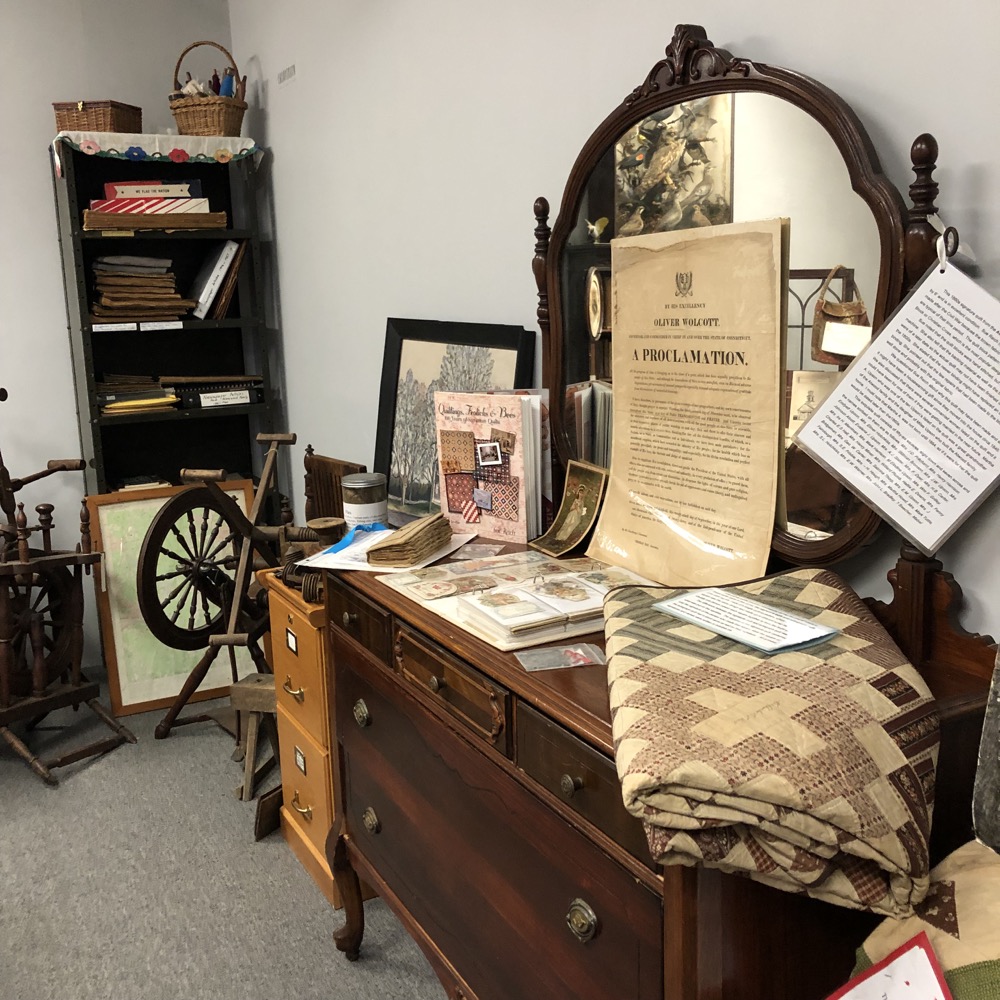 The main room was filled with completely random stuff. I see no point in describing any of this stuff because my strong contention is that this stuff will be organized and they will have more cohesive exhibits at some point. In that “other room” of stuff, there really wasn’t any stuff. It was a mess, but I appreciate the openness of my hosts. They were most gracious.

I learned that Seth Thomas, inarguably one of the most famous American clockmakers in history, was born in Wolcott… many decades before Wolcott was actually Wolcott. And Louisa May Alcott’s dad was born here too. Born in 1799, Wolcott had existed for two years at the time of his birth. 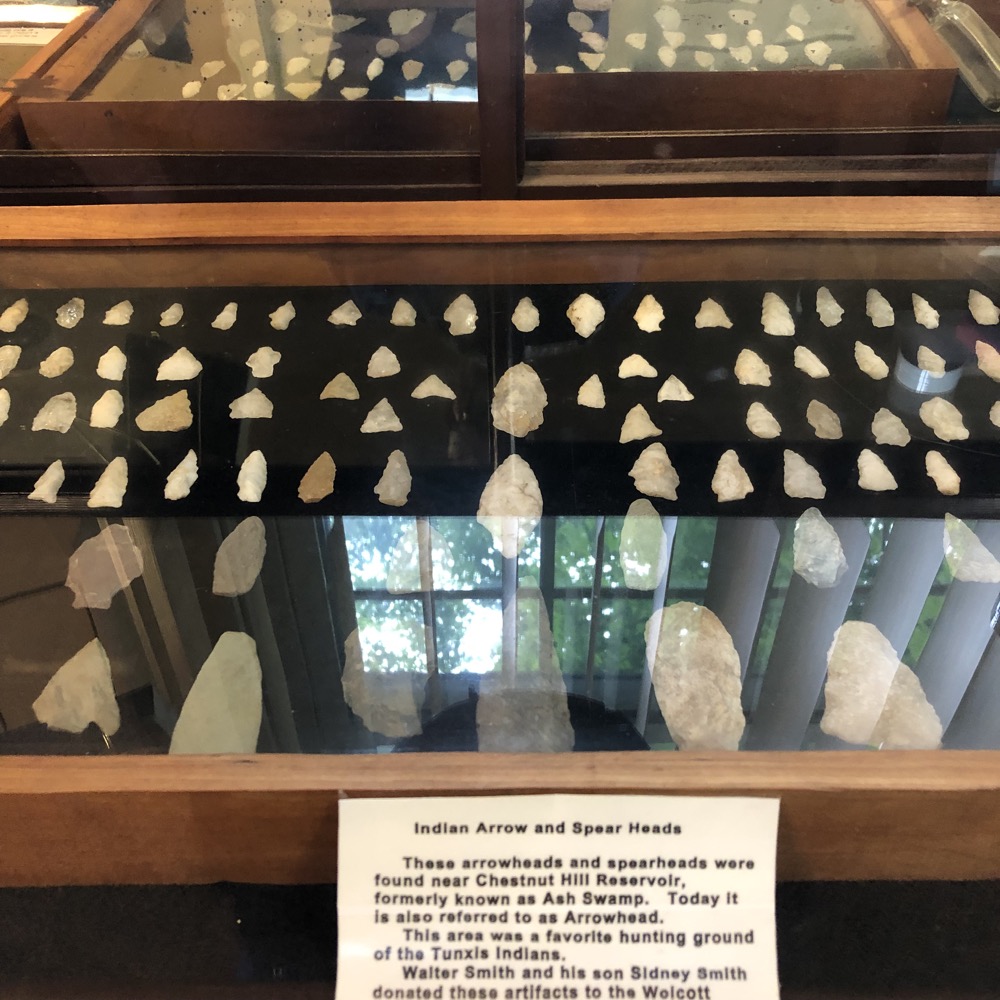 No apologies were made about the disorganization and there were no exaggerated promises of a brighter future. One woman talked about how someone had asked her to be a sort of docent for this place and she said that was ridiculous. In a very real way, I respect that about this place. Wolcott is a sort of overlooked town… bordering Waterbury and Bristol, but never really mentioned in the same breath as either.

Wolcott has its own rhythms and pace. Over 65% of Wolcott voted for Trump in 2020 – the highest total of any of Connecticut’s 169 towns. I just feel like mentioning that fact when I write about the town, as I happen to find that piece of information interesting. 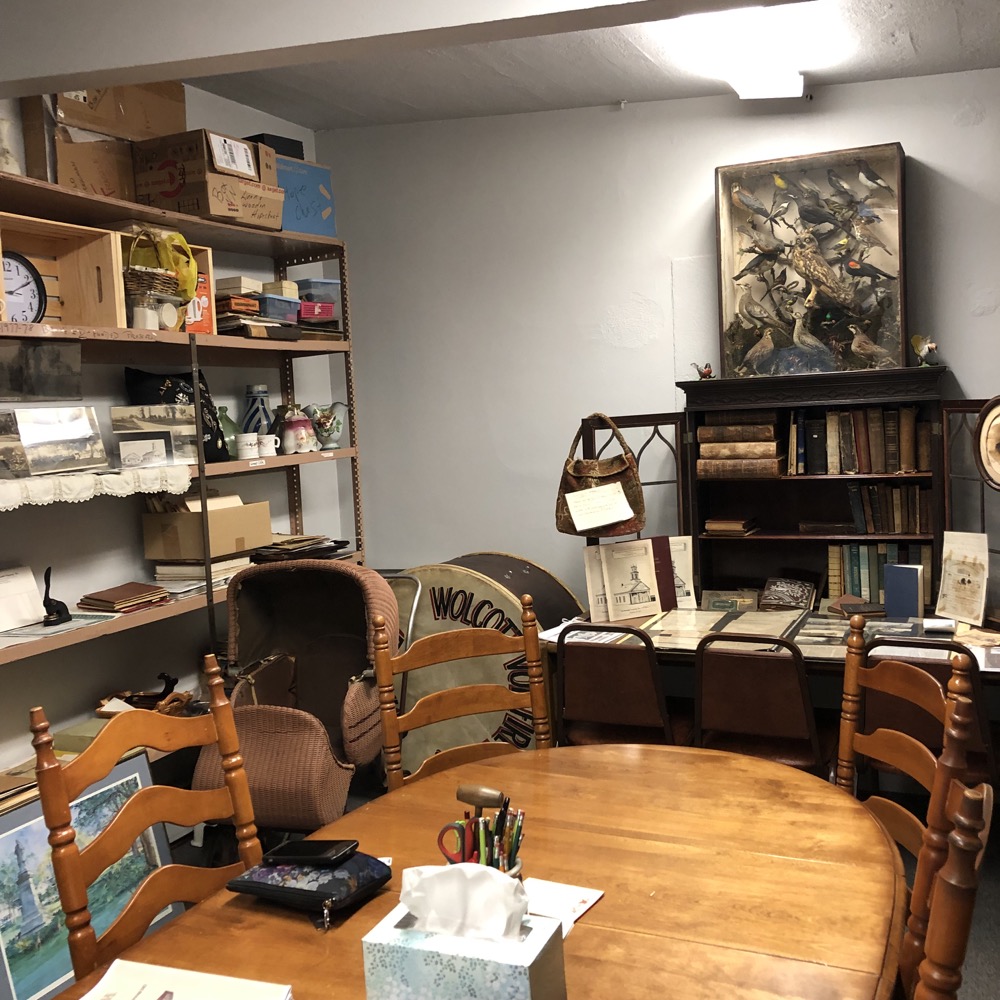