Oh Canton Land Conservation Trust, how you play games with me. I “completed” Canton and one week later, you open a new trail at the Swibold Preserve. I rushed out to hike it one afternoon before my “Canton completion celebration” is published. I sat smugly in my chair, patting myself on the back for this accomplishment that no one – literally no one – in the world appreciated other than me.

And I didn’t even care all that much. 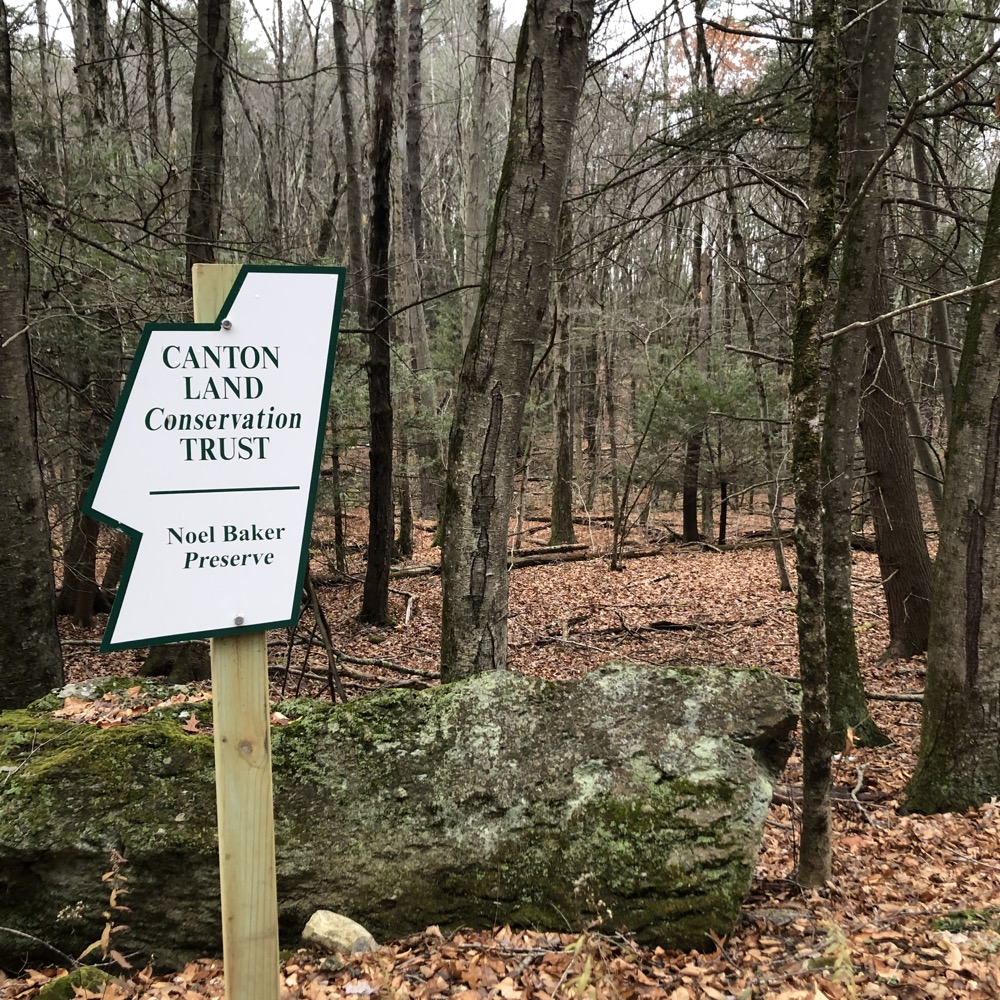 A couple months go by and one of my helpful readers alerted me to the fact that the CLCT had mapped, blazed, and opened not one, but two more properties – with a third coming soon.

Look, I’d been following the doings of the CLCT for a decade. I knew which properties were trailed and they remained more or less static over that time. Then, in the summer of 2021 when I began wrapping things up in town… new maps! New trails at old properties! And yes, new properties altogether!

It was enough to make me think they’re intentionally messing with me. 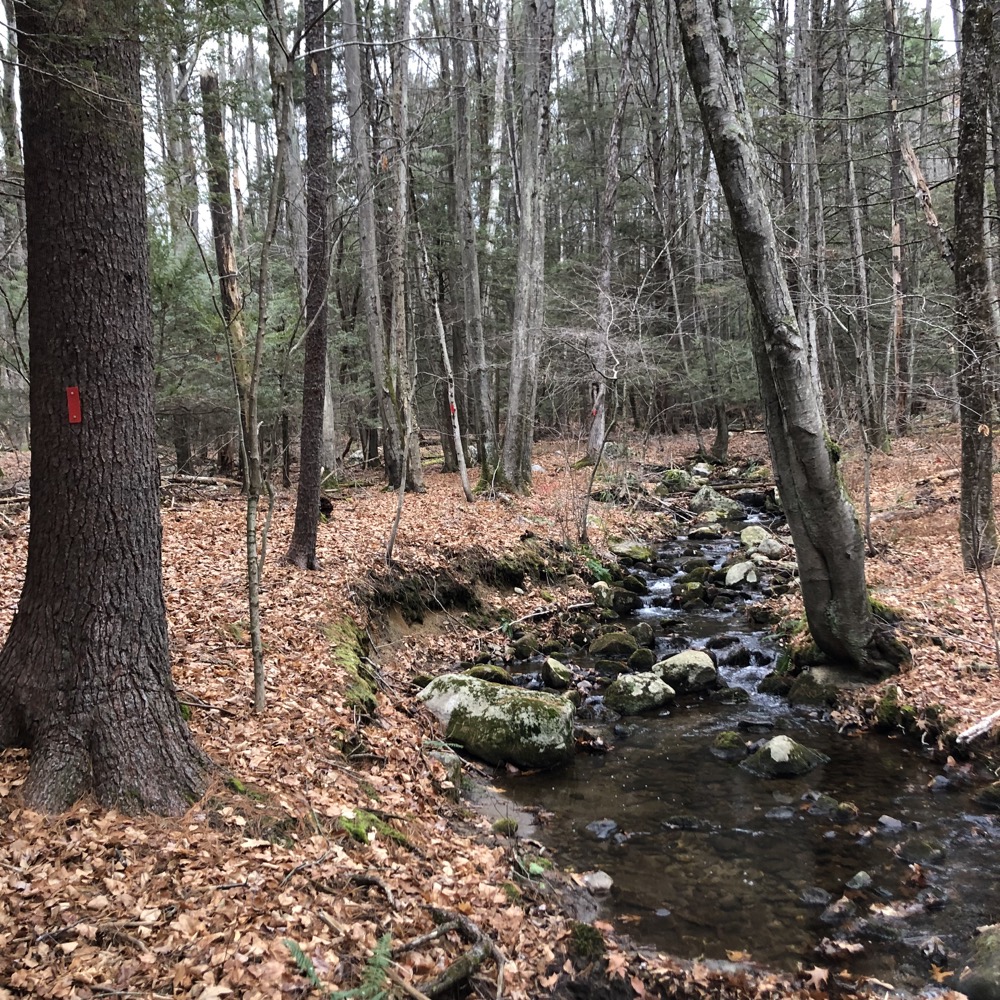 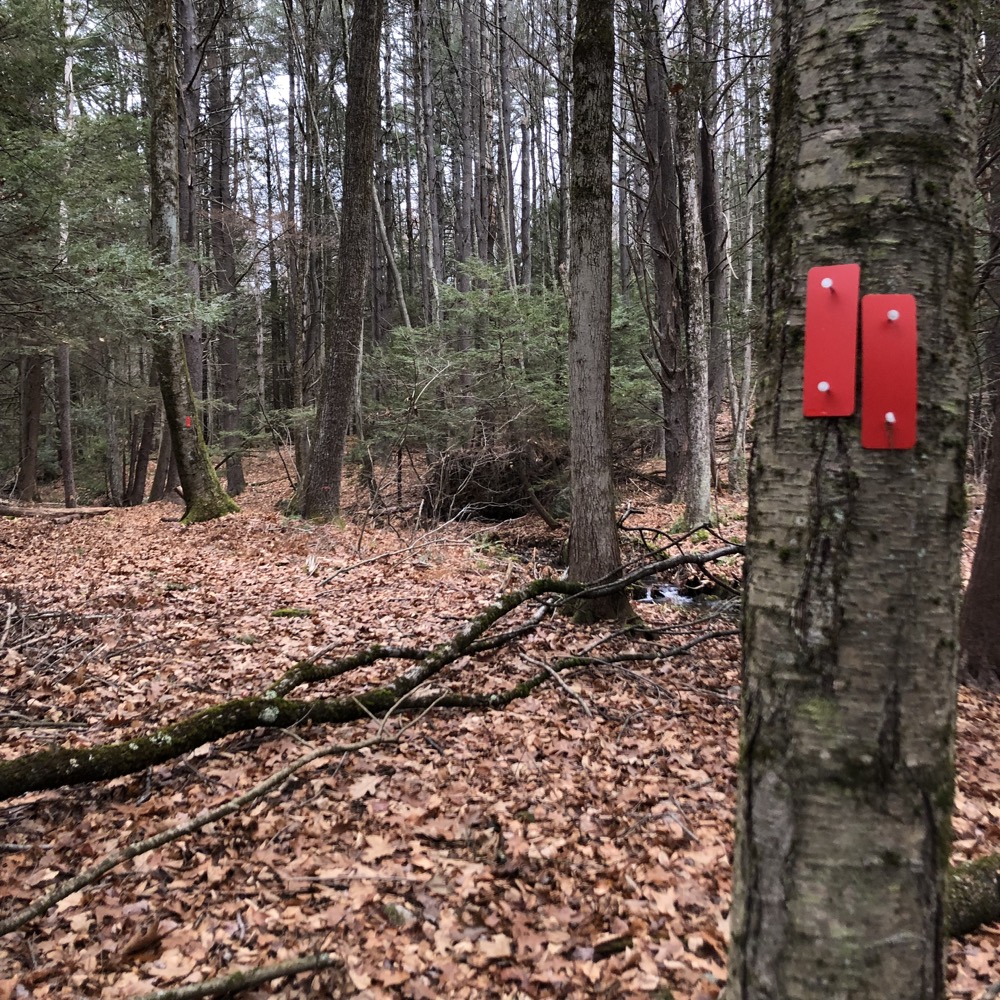 But no matter, Canton is only two towns away from CTMQ homebase and all of it is accessible off of Route 44. It was time to bag the two newest (2021) properties, starting with the Noel Baker Preserve off of Hanson Road in the wilds of North Canton – one of my favorite areas in the state.

The Baker Trail is a short loop, about half a mile in total. There’s parking along Hanson Road several places past the trailhead sign. It’s really no big deal, and if you know what you’re doing, you can park anywhere in those 200 yards and just walk into the woods on the north side of the road and you’ll hit the trail within seconds. 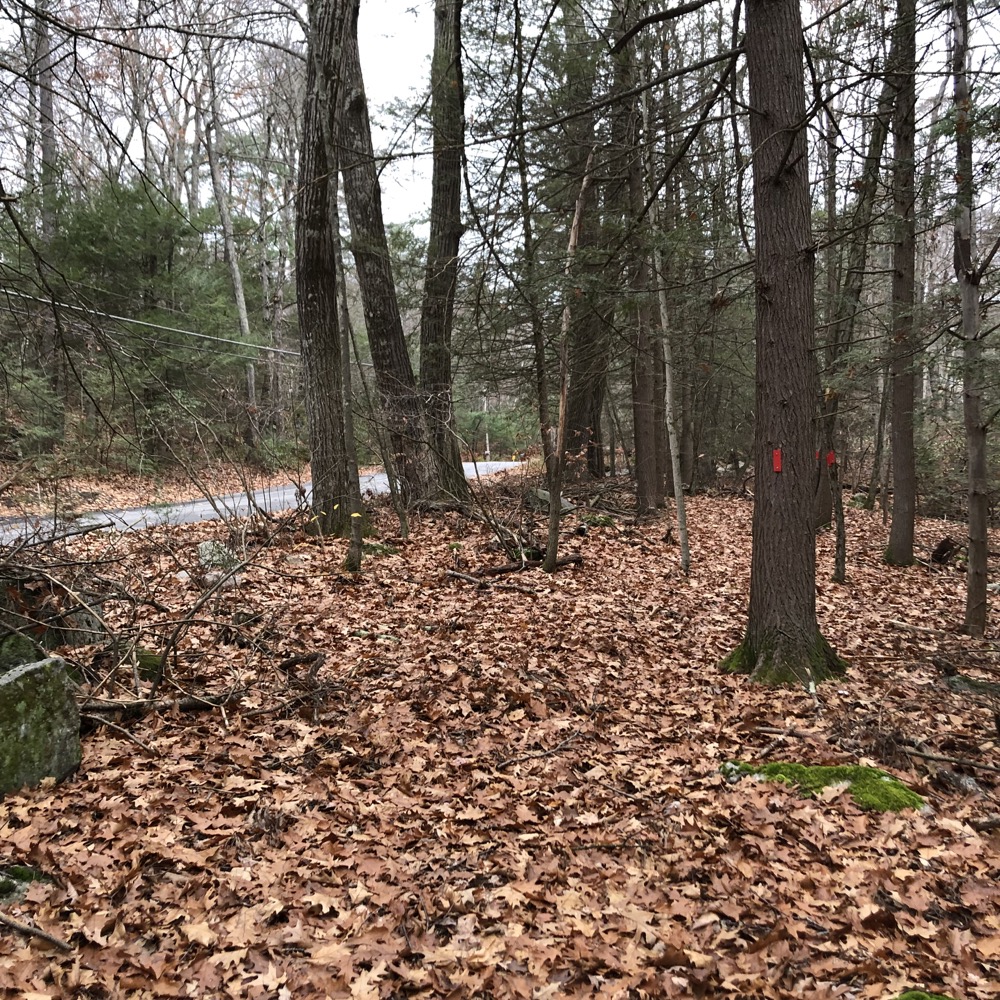 The trail near the road follows alongside a burbling brook and it’s very nice. That’s the thing about North Canton… you can be paralleling a road, 15-feet away from it, but it still feels remote. Sure the roads out here are skinny and hilly and winding, but that’s how they keep people away. Though not intentional, it’s great.

The trail as a whole? Not really all that great. It crosses the stream, goes up a small hill, and then descends that small hill back to the stream and road. No views, no historic sites, no waterfalls… there was this deer skull though. 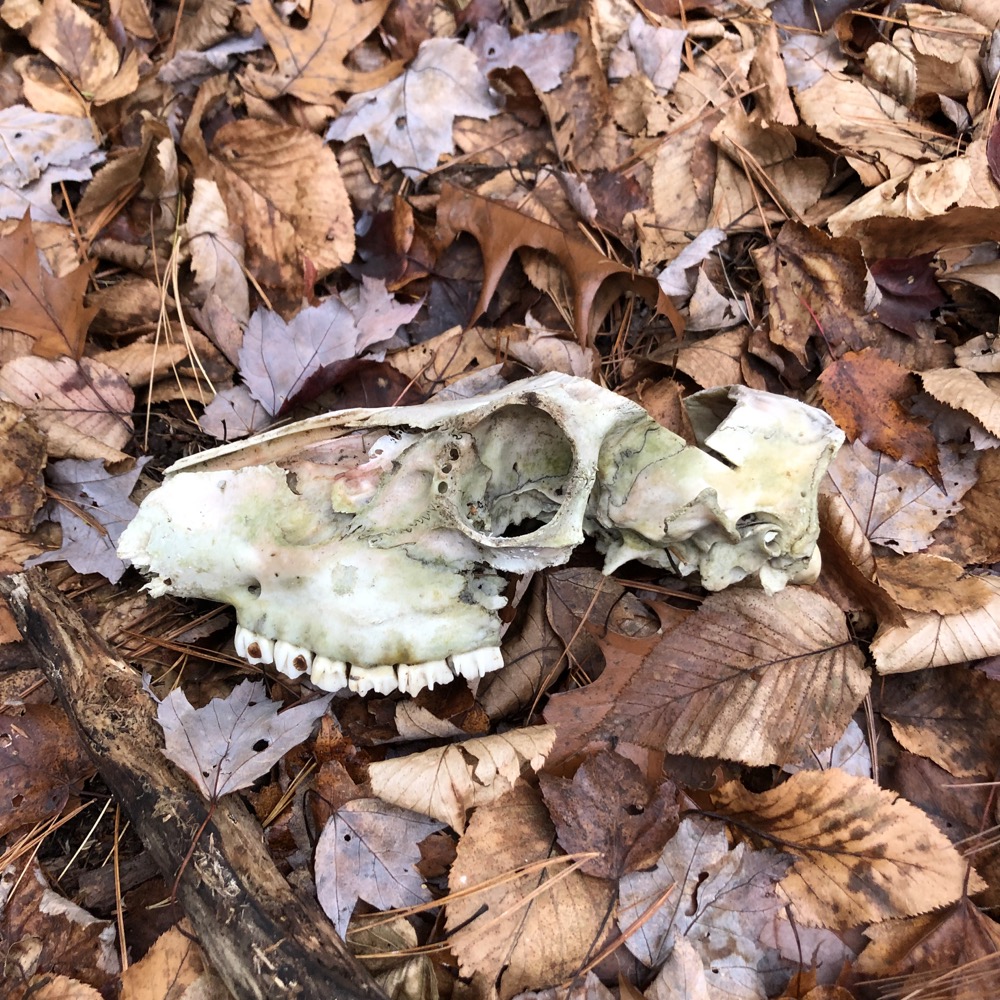 But that’s not the point of these small trailed properties. The point is that they will forever remain woods and stream and hill and trail. And that is fabulous. Also fabulous? The trail’s namesake.

You should know that Noel G. Baker was a woman. She passed away in 2004 and was a bit of a Canton legend. You think you do a lot for your community? Mrs. Baker… take a breath… Mrs. Baker was an elected member of the Canton Board of Selectmen, Board of Assessors and Board of Assessment Appeal, and was appointed to the Canton Capital Improvement Committee, Charter Revision Committee, Elderly Tax Relief Committee, Fire Council, Library Board of Trustees, and the Plan of Conservation & Development Update Committee. She was also a Justice the Peace and Chairman of the Library and Community Center Project, a volunteer member of the Canton Artists Guild and Canton Benefit Productions, and received Public Service Awards from the Canton Chamber of Commerce and the Secretary of the State of Connecticut. 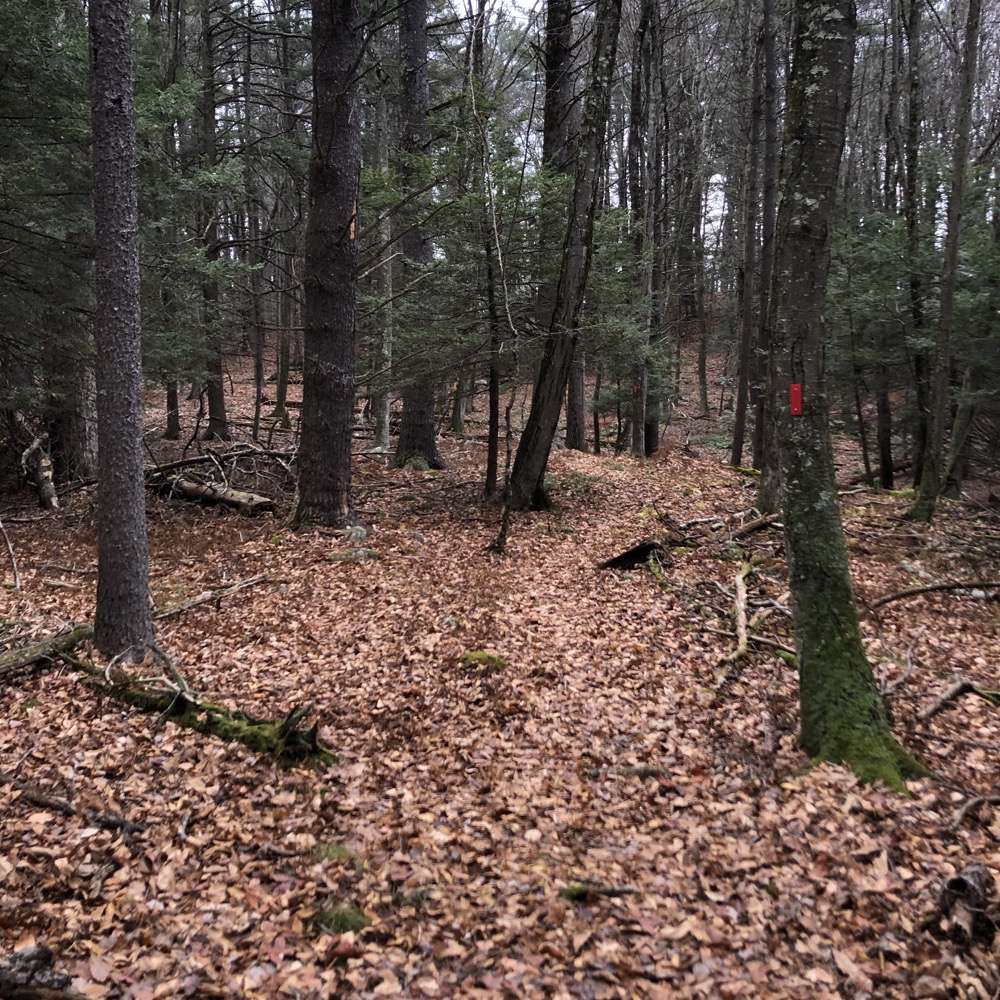 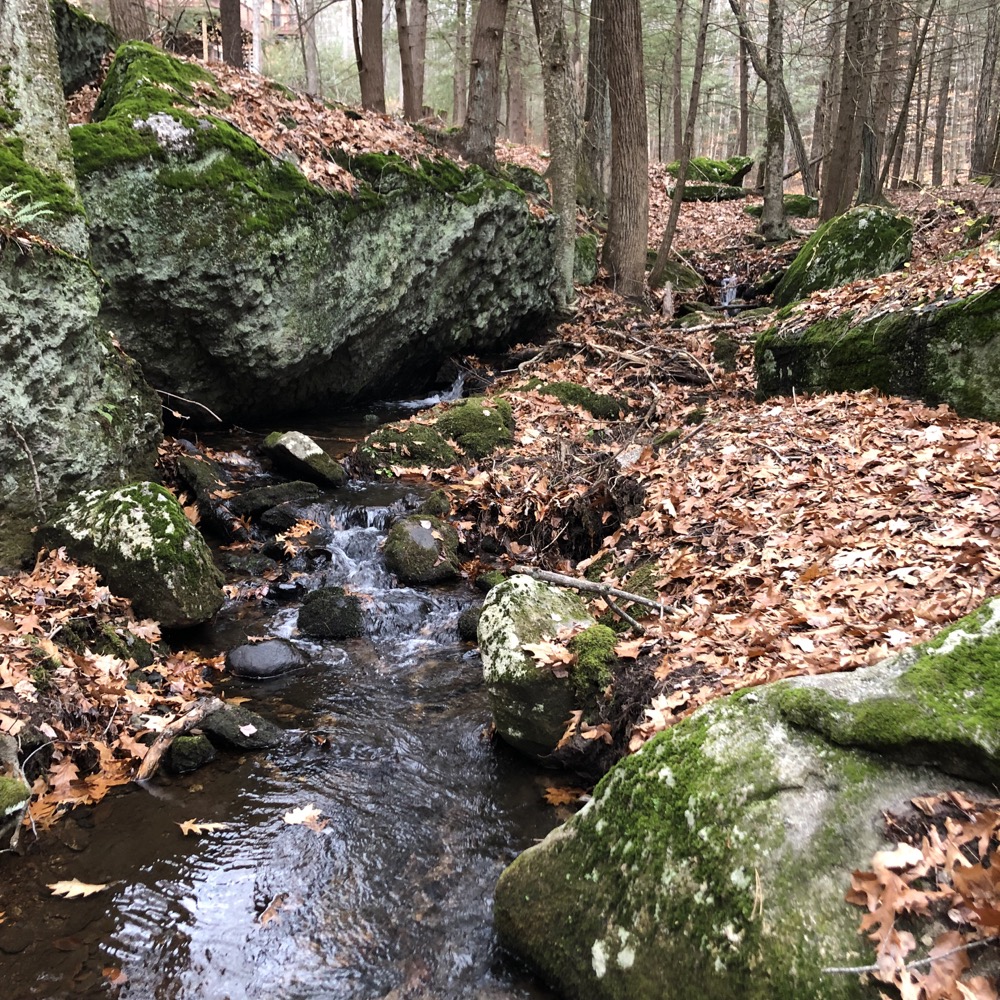 She once said, “I believe in community service whenever and however an opportunity rises and I believe that any candidate who runs for public office in a small town should be motivated to perform community service, not to fan their own ego.”

What a woman. And the best thing of all? Her memorial service was at the Canton Public Library, because everyone knew that’s what she’d have liked best. I love that the CLCT named a parcel after her even though the land trust didn’t appear in any of the organizations above. (Now, this could have been her land, I have no idea. If it was, then she was all the better. Noel Baker seemed like a really cool woman.)

And I’ve hiked “her” trail. I’m still watching you, Canton. Like a hawk! 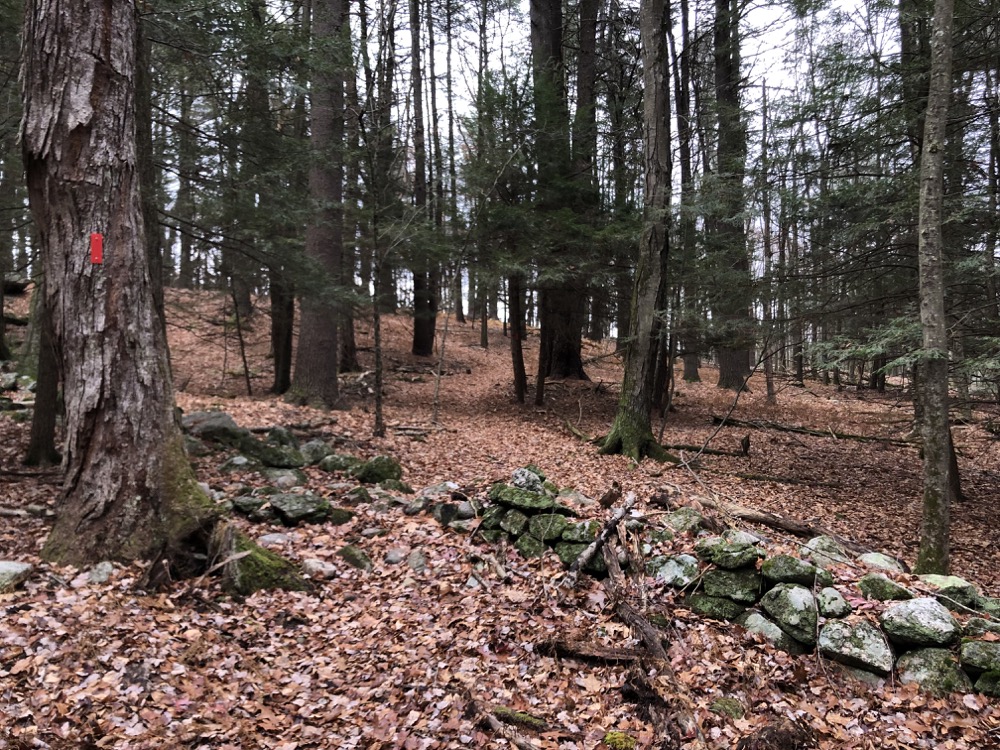